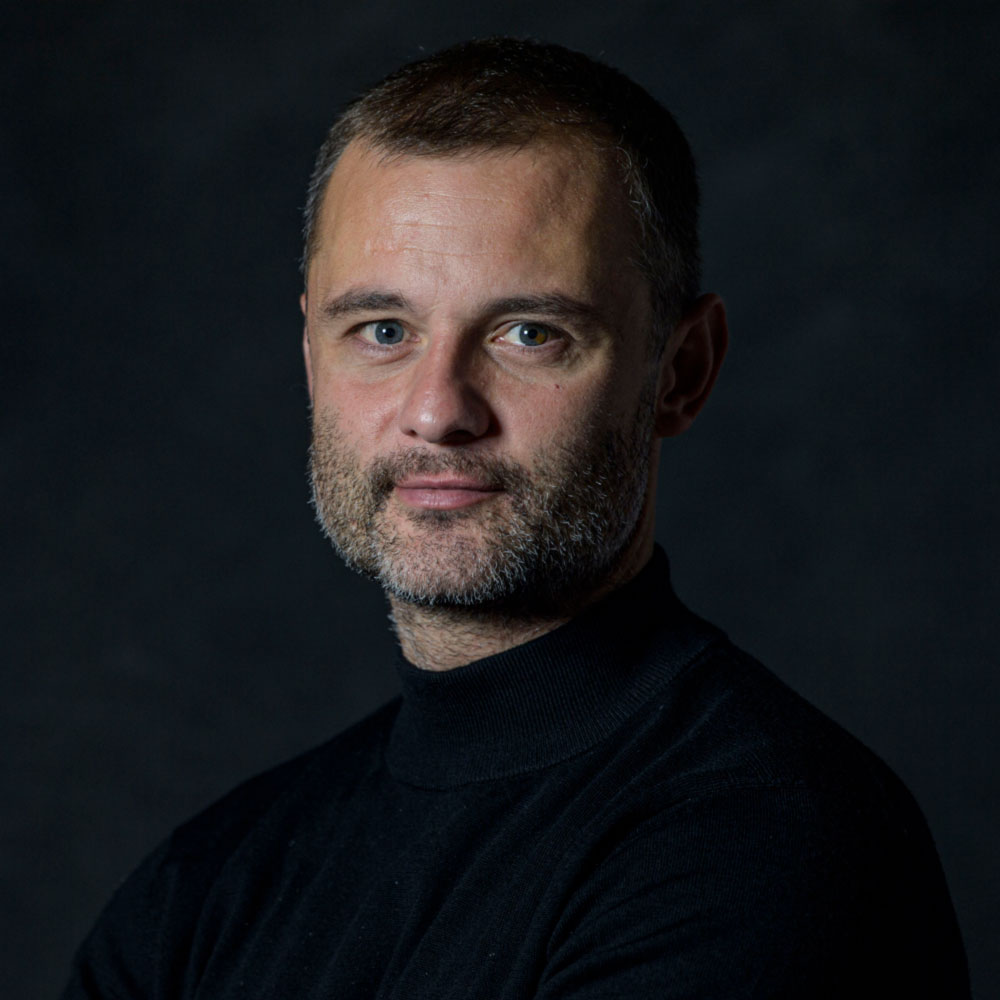 The invitation from Roberto Martinez to join his coaching staff with Belgium was so unexpected that I thought he was calling me to ask about Dedryck Boyata.

It was August 2018. Boyata was at Celtic, and I was coaching the club’s B team. Graeme Jones had recently left for West Brom, and Roberto knew that Thierry Henry was also going to leave – so he offered me a role as one of the assistants with the national team.

I gave him a pretty quick answer. Kevin De Bruyne, Eden Hazard and Vincent Kompany were elite players, and some of the best in their positions. Working alongside Roberto, at that level, represented an incredible step up.

I started by trying to do both roles, but the way I wanted to go about my position with Belgium meant it proved impossible. I had to sacrifice my work with Celtic.

In the new role, I spent a lot more time with Roberto than I ever had as a player at Wigan. We discussed a lot of things around his philosophy, and I got to see him not just as a manager but also as the technical director of the Belgium FA. It was another position with challenging time restraints and a juggling of responsibilities – which, in Roberto’s case, included being the head coach as well.

I learned so much more about the detail of his coaching. He was constantly open to trying new things, taking advice and getting new feedback.

"vincent kompany is a, really really intelligent man – you can see why he's done so well in coaching"

I’d made a decision from the start to visit players in their own environment, whether that be five minutes at their club’s training ground or two hours and dinner with their family in their home. Every weekend, I attempted to visit a player. I needed to make that connection as quickly as I could – something I learned from the Johan Cruyff Institute – and the only way to do that was in person.

From when I started that job until the start of the pandemic, I took more than 100 flights. It was about showing them that I genuinely cared. The way modern football schedules work meant that there were times I’d travel across Europe and only get five minutes with a player. I could also go to see one player play 90 minutes, and another play none.

It wasn’t a case of ticking the box. I wanted to see the players, and wherever possible I would work around them. Six months later, if I went to see someone for the second or third time, I could potentially have longer than five minutes.

Eden Hazard was amazing at that time. Vincent Kompany is a really, really intelligent man and was an incredible player – you can see why he’s done so well in coaching. Thomas Vermaelen, when fully fit, was also at that level – so quick and aggressive, and so good technically. We had some really elite players, and the level of respect they treated me with, and how open they were, made it easy for me to work with them.

I got to visit some amazing clubs, and watch different managers and their methods. Gian Piero Gasperini at Atalanta and Antonio Conte at Inter Milan were among those who particularly stood out. It was incredible to watch them both.

"brendan was always really clear on the culture and standards he sets, and how he wants his team to play"

I wasn’t just seeing the players, then; I was also seeing teams train, and watching games. It was a huge learning experience, not least because being a coach in international football is a completely different job.

Having the players for such a short period of time makes it even more important you’re efficient when you’re with them. In between camps, you also need to create as much time as you can to see them.

I’d actually texted Roberto a couple of times during the 2018 World Cup, about their system. Belgium had produced a brilliant performance against Brazil (below), and with their split strikers they used a similar principle to what I’d seen before as a player under Roberto.

That was the summer after I’d started coaching at Celtic. Then, the opportunity to meet Brendan Rodgers over breakfast to discuss joining his staff had come equally out of the blue.

It was July 2017, and I’d just been forced to accept the prospect that hip surgery had ended my dream of playing for Aberdeen, my hometown club. I’d been desperate to play for them, but when I realised I faced another five months on the sidelines I knew I wouldn’t be able to give them what I wanted.

Celtic had drawn 0-0 with Rosenborg in the Champions League the night before. Brendan asked me some questions about the game before explaining the role he saw for me with their B team.

"at hibs, i learned that i love the intensity of working with the players every day"

By then he had already completely changed the professionalism and culture of the club. That made it the perfect first step for me as a coach, and at the perfect time.

Brendan’s coaches – Chris Davies (below, right) and John Kennedy were among them – shared the same offices, and he was always really clear on the culture and standards he sets, and how he wanted his team to play. He’s a brilliant manager – tactically very good, particularly whenever I went to him with a query.

We’ve stayed in touch, and he was brilliant to speak with before I took the manager’s job at Hibernian – as he was during my time there and after I left. Some of the best managers are really, really gracious with their time.

It was December 2021 when I got a call from the chief executive at Hibs, who was with the owner’s son. I knew the club from my time as a player at Celtic. I loved their history, their support and the city of Edinburgh – and I loved how they sold their vision of the role to me. It was everything I wanted in a first managerial job.

I learned so much in my time there. I learned that I absolutely love the role, and that I love working with players as a manager. The intensity of working with the players every day, a game every three or four days, and managing the different individuals within a group.

Our objective was to try and make the top four in the league. We made the semi finals of the Scottish Cup, which was a really good achievement, but we missed out narrowly on the top six in our final game before the split. That led to me leaving in April 2022.

I was very aware of where the team was deficient, so the way the squad was meant I knew that making the top six was going to be 50-50. But I also knew what was needed to reach the top four.

Once the club made their decision, my biggest concern became the staff I’d brought with me. My assistant Gary Caldwell, for example, had left Manchester City, and I was disappointed for them all that they never got to see how good Hibs could be. They needed a lot of work, but it could have been a really enjoyable club to work for.

After we left, my staff and I spent many hours reviewing everything before we met up for three days to reflect, in detail, on our time there. There were so many things to discuss, but I was very clear on the team and players. I knew why we were one of the best teams in the league, defensively – behind only Celtic and Rangers – and why we were really struggling in attack.

I was also really clear on where we were headed. The big thing I had to take away was about how I could have made the team more efficient and clinical in the final third – the areas we could get into, and the numbers we could attack with.

We had some really young attacking players – we’d sold Martin Boyle, our best attacking player, and our number nine Kevin Nisbet, a Scotland international, suffered a season-ending injury – but that could happen to me again. So the level and detail of the work will always need to keep improving to keep whichever team I’m managing even more creative and attacking.

After leaving Hibs, I spent four to five months working on that. I also spent a lot of time watching other teams.

"i was a massive manchester united fan as a kid, because sir alex ferguson is like a god in aberdeen"

I loved watching Brighton under Graham Potter. When he moved Marc Cucurella to left centre-back, Leandro Trossard became their left wing-back. I don’t know if this was by design, but Cucurella’s profile and energy not only meant that they ended up attacking with an extra player, but also that the profile of their other positions became more attacking. Trossard was a brilliant number 10, but was then able to influence the game from the left.

Other teams in lower leagues – Huddersfield Town, my former club Wigan and Nottingham Forest, when Steve Cooper went in – also impressed me in punching above their weight. Cooper did a brilliant job in a different way, making Forest amazing on the counter-attack.

I was focusing on different teams at different levels, and how they became more efficient when they attacked. My level of detail when attacking, I think, is now on a par with where I am defensively. I have complete closure on leaving Hibs.

Those three in particular, and the stories around them, are fascinating, and a big inspiration to me. Sir Alex has been incredibly generous with his time, and in giving me advice.

We’ve had some great managers in Scotland – David Moyes is another. It seems there’s something within us that means we can get knocked down, but we certainly come back.