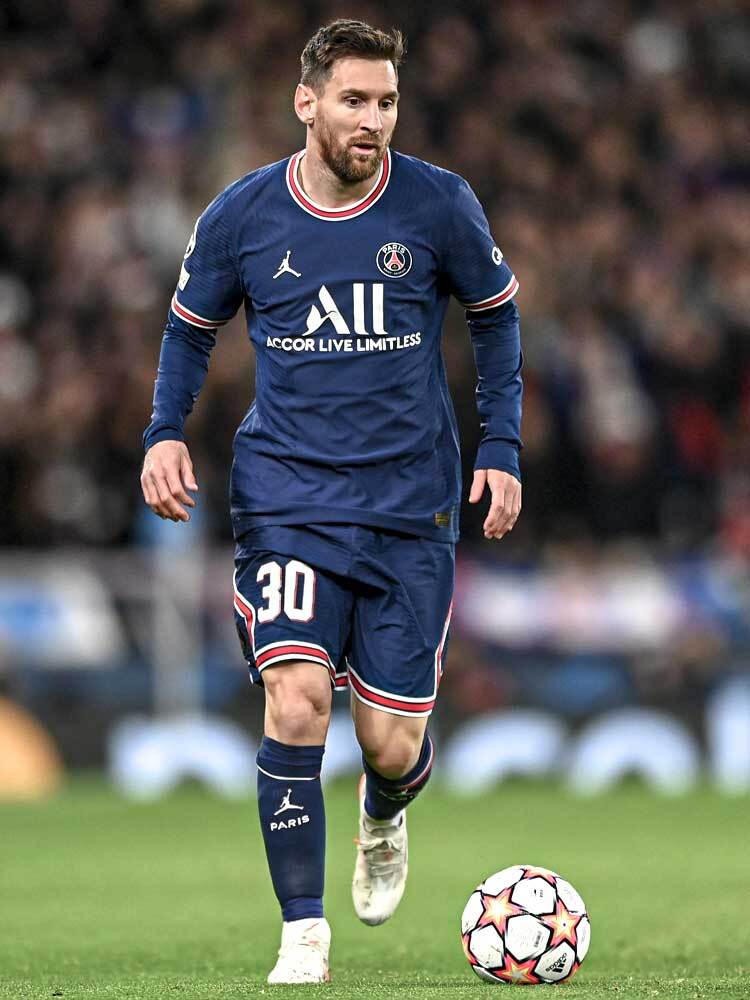 Profile
Lionel Messi’s 2021 free transfer from Barcelona to Paris Saint-Germain sent shockwaves through the game. The best player of his generation and arguably the greatest player of all time was forced to leave the club he had been at since the age of 13 due to financial problems at Barcelona. After an emotional goodbye, PSG wrapped up the highest-profile free signing of all time and added Messi to their already impressive attacking ranks.

Fellow Argentine Mauricio Pochettino was the manager given the potentially perilous task of fitting Messi into a functional team alongside the likes of Neymar and Kylian Mbappé. However, Pochettino was never in any doubt about whether his club should go all out to sign Messi. “I thought it was a joke when I was told [PSG could sign him],” said Pochettino “Many clubs, if not all clubs, [have] dreamed of having Messi, with him being a free agent. We must highlight the work done by our president and all the club executives [because] we were able to complete the signing of the best player in the world."

Tactical analysis
Since being moved to the right by Frank Rijkaard in an attempt to fit him into the same attack as Ronaldinho, Messi grew into a hugely effective attacker who cut inside on to his stronger left foot. He started his career as an agile, tricky winger who was at his best dribbling past defenders, but steadily fine-tuned his game and became one of the most devastating and dangerous forwards in the history of the game.

His change of speed, particularly from a standing start, became essential – he often stands still when receiving a pass in an attempt to draw his opponent in before bursting away from them with a shoulder feint to leave them off balance (below). However, in spite of his incredible close control and dribbling ability, it is the combination of his balance, speed and strength on the ball that is makes him so good at beating opponents.

His long, mazy, individual dribbles have become less common in the latter stages of his career, but he has long used his brilliant short passing ability to combine with teammates and beat defenders. Nevertheless, although he still completes more successful dribbles than many other attackers, he no longer possesses the pace he used to, and one-two combinations and third-man runs have become even more important aspects of his game.

Messi has an incredible ability to find space, and he does so in a rather unique way. Rather than charge around the final third looking for gaps in the opposition's structure, he will walk at an almost leisurely pace while everyone else uses up energy either looking to get on the ball, making off-the-ball runs, or retaining their team’s shape. Every other player moving faster than him means he ends up in space.

Clearly, any team could not have many more than one player doing this – and some teams would struggle to accommodate one – but Messi’s teams are usually set up to allow him to play this way because it is a big part of what makes him so effective. When an opportunity to get on the ball comes up, Messi will spring to life and work hard to make the most of that opportunity.

His incisive passing and vision are arguably the most underrated parts of his game. In the iconic and hugely successful Barcelona teams he was part of, there were always players – such as Xavi and Andrés Iniesta – who stood out more for their passing than he did. The truth was, however, that as well as being one of the best dribblers in the world, Messi was also up there with the very best creators and passers. His ability to break lines with accurate forward passes is outstanding, largely owing to his brilliant weight of pass and vision – both rare traits in a wide forward or, crucially, for a player who scores as many goals as he does.

Messi breaks lines from just about any position to create for his teammates, and will often look for players ahead of him who are moving to receive in behind. He can slip through balls in behind the opposition for a striker running across the defence, can play an overlapping full-back in, or spot the late run of a central midfielder bursting through the middle of the pitch. The timing of his release and the accuracy of his passes make a devastating combination, and his ability encourages his teammates to make ambitious runs when he has the ball. His deceptive body movements when dribbling disguise his passes, and his teammates know they can gamble on Messi being able to both spot their run and pick them out, even if he doesn’t look like he will manage to do so.

It speaks volumes about the breadth to Messi's game that his finishing ability has not yet been mentioned. He and Cristiano Ronaldo took goalscoring rates to a whole new level, with Messi scoring at nearly a goal per game over the course of his 17 years in the Barcelona first team. He combines power and precision, and can finish effectively while dribbling at speed, also doing so while disguising where he will shoot (above). He scores all kinds of goal, so goalkeepers are unable to pre-empt where he will finish, though he will usually try and work the chance to shoot with his left foot. His trademark goal is a left-footed finish from the edge of the area into the far corner of the goal, having used the runs of others to make space for a shot (below).

Role at Paris Saint-Germain
The greatest challenge for Pochettino since Messi’s arrival has been finding a way to fit all of his star forwards into a functional starting eleven. Messi, Neymar, and Kylian Mbappé are all accustomed to playing in an attack which is built around them, and none of them would be content sitting out of PDG's biggest games.

Whatever position Messi lines up in, it is rare to see him as PSG’s highest attacker. As he did throughout his career at Barcelona, he comes looking for the ball, and will often drop in front of the opposition’s midfield. Once he is then facing goal, will either look to combine with a more advanced player through the centre of the pitch, or will instead spread play out to the wings. He also has the ability to play a pass over the opposition’s defence for a centre-forward or wide player to run on to (below).

PSG don’t attack or press at the same intensity as one might expect of a Pochettino team, quite possibly because Messi wouldn’t be up to playing that kind of game, and pressing does not work if you have one player who is not fully committed to doing so. However, when they do win the ball – usually in midfield rather than attack – the team attacks quickly and directly towards goal. Lots of importance is placed on bursting forwards quickly following an attacking transition, and Messi plays a key role in that. He either runs with the ball directly towards goal and uses the runs of others to create space or to get a teammate in on goal, or works hard to join the lightning quick Mbappé in attack.

PSG are yet to hit their full potential with Messi in the team, but they do simply tend to have too much attacking talent for most teams in Ligue 1 to be able to contend with them. It will be interesting to see if Pochettino can build a functional, successful and balanced team that is capable of competing in the Champions League.