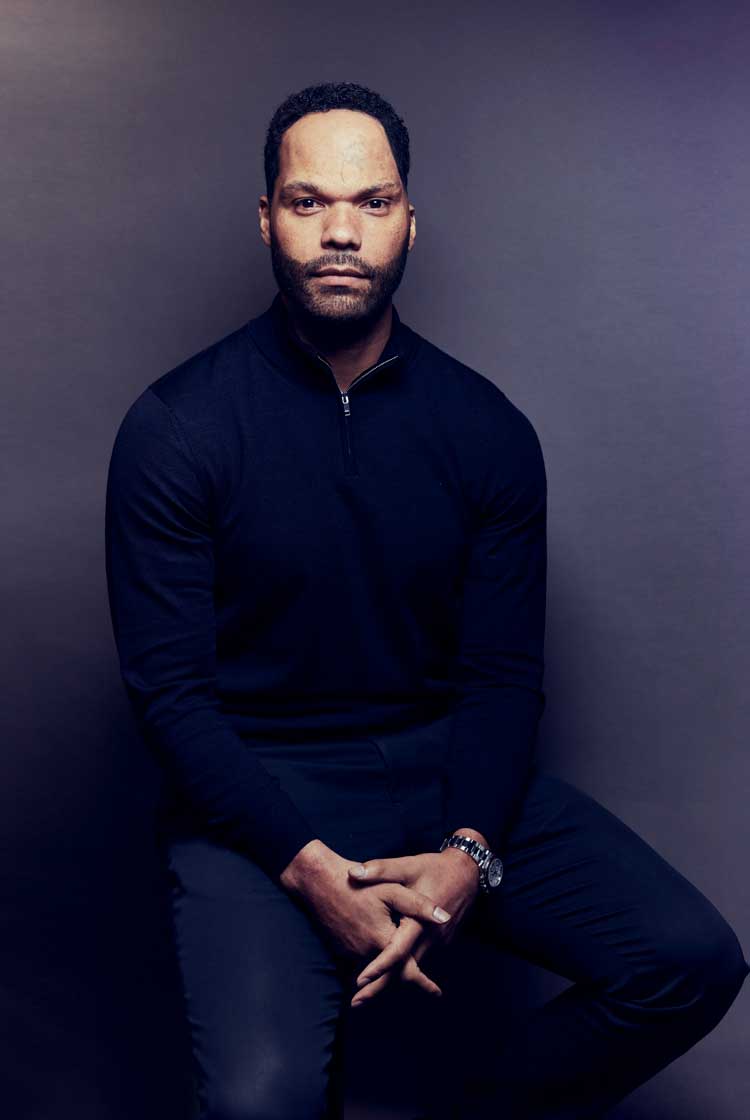 Glenn Hoddle saw the game differently to anyone else I’ve ever worked with.

He both saw and explained it in such simple terms. And, when he was my manager as a young player at Wolves, that really helped me.

He was adding details to my game that I didn’t even recognise at the time. He helped me become a ball-playing centre-back; someone who was comfortable bringing the ball out of defence.

This was at a time when defenders didn’t do this as much as they do now. He helped me become a modern-day centre-back.

He also recognised that I got a lot of opportunities at set-pieces, so got me to work on my finishing.

I have to admit that, at the time, I thought that was a little bit strange. Why was I working on my finishing?

But then, a year later, I got my move to Everton. In my second season, I scored 10 goals.

It was definitely thanks to the work Glenn did with me that I became that player and had so much success at Everton.

"Not everyone can be De Bruyne or Mbappé, so for a youngster it’s about making the most of their strengths"

Then there was Terry Connor, who I still hold in the highest regard. He probably had the biggest influence on my career, because he was so thorough with me in my development.

Terry saw something in me early on, and helped develop and fine-tune my game. He created the player I later became. He forged little habits in me that stuck, and that helped me later down the line. These were things I didn’t even notice at the time, but became second nature for me.

I like to think both Glenn and Terry will have got real satisfaction from seeing me go on to do well at Everton and then Manchester City.

I think their influence has also rubbed off on me as a coach myself. It gives me a great deal of joy to coach young players, help them improve their game and see them succeed.

I had a conversation with a Premier League sporting director, and it made me realise that I don’t watch games – I watch players.

I look out for specific things in players: strengths and weaknesses. Not everyone can be a Kevin De Bruyne or a Kylian Mbappé, so for a youngster it’s about making the most of their strengths, and accentuating them.

About a year after I retired from playing in 2017, I got a job at Manchester City, working with the development phase and players going out on loan.

"I haven’t got much experience on the grass, but I know what it takes to make it as a player"

The role felt like a natural fit. Watching players, studying their game and looking for ways to help them improve. I really enjoyed it.

I don’t have a massive amount of experience on the grass, but I’ve watched thousands of games. Seeing which attributes a player has, and which they are lacking, came easily to me.

I also had to find players who were a good fit for clubs that were interested in taking a young player on loan. That involved talking to both parties; making sure the club was getting a player who suited their playing style and filled a hole for them, but also ensuring that Manchester City and the player would benefit from the loan, too.

The aim would then be to help the player come back and play a role for City – but, if not, to prepare them for a career in football. Not every player is going to make it at a club like City, but I still wanted as many of them as possible to go on to have a career in football.

It’s important to help young players understand the level they are at, and also to look at the players ahead of them in the pecking order, and think about what those players are doing that they aren’t. They often need help recognising where exactly they need to improve their game.

I really enjoy the mentoring side of things: putting an arm around a player and helping them out. Like I say, I haven’t got much experience on the grass, but I know what it takes to make it as a player, and the experiences I got from coaches like Glenn and Terry made me better at helping young players.

It gave me huge satisfaction when I saw some of the players I worked with go on to play at senior level, whether for City or elsewhere.

"when Carlo Ancelotti was on board with the plan, I was obviously very interested"

Players like Angeliño (below), who has gone on to play regularly in the Champions League for RB Leipzig, and Tosin Adarabioyo, who played a few games for City and has done well at Blackburn, West Brom and Fulham. Then there was Lukas Nmecha, who is now a full international with Germany and has played European football with Wolfsburg.

Seeing them succeed really is a special feeling, and one that makes me think that working with young players is for me – at least for the time being.

At City, I also got to watch Pep Guardiola in action. He is just ridiculous. He could tell me everything he has ever learned, and I couldn’t do what he does. He’s totally unique – like all great managers.

But it’s great to have been exposed to that level of coaching.

I did that job at City for three years, and then Everton approached me.

They wanted me to take up a position as an individual development coach, working with players they viewed as having high potential in their academy and first team. I would also then look at targets to acquire who might be able to make it in the first team.

I had been thinking about leaving City anyway, and when Carlo Ancelotti is on board with a plan like that, I was obviously very interested.

But then the Real Madrid job came up for Carlo. I didn’t want to be restricted to only working with academy players, and unfortunately nobody could guarantee that would be the case under the new management.

Then the England Under-21s role came up, which was just perfect for me.

I joined as Lee Carsley’s assistant and worked alongside Ashley Cole (below) and the goalkeeping coach Tim Dittmer.

The role is similar to the one I had at City. Obviously, my priority is England, but I don’t just want to improve players for England. I want to improve them for themselves, too.

If they go on and play for England, then great. But there is also value in ensuring they look back on this period of their career positively, knowing how they improved as a player.

A big part of my job is staying in touch with the players, checking in, forming relationships with them. We want them to know we are watching them; that they’re not being forgotten.

I love working with Lee (below). I knew he was a good coach from his time at City when I was there, even though we didn’t work together directly. But he has still impressed me. I knew he was good, but I’ve almost been surprised at just how good he is.

I’ve never seen a group of players enjoy an environment as much as the Under-21s enjoy Lee’s sessions. Normally, you get one or two players who might not be that interested, but that’s just not the case with him. Everyone has loads of respect for him.

"There’s no pressure from Gareth. We are left to make our own decisions and mistakes"

He has a clear view of how he wants the team to play, and he delivers that to them in a way that’s very easy for them to understand.

We’re aware we need to qualify for tournaments, but we’re also very aware that this is an important part of the players’ development.

If our starting 11 or 23-player squad for the next big tournament isn’t the same as the one we started the campaign with, we’ve done our job. It means players have moved up to the seniors, which is the goal.

We have a lot of talent at Under-21 level right now. There’s a lot of scrutiny on the players – more than ever, really – so there’s also a need to manage expectations.

The talent has more or less always been there in this age group. Even back in my day, when it was me, Peter Crouch, Gareth Barry, Shola Ameobi. The challenge is making sure they can fulfil their potential and make the step up to the senior team.

There’s no pressure from Gareth to play a certain way, though. We are left to make our own decisions and our own mistakes.

"my goal is to keep on learning. I’ve got good people around me to learn from, to set high standards"

Unlike senior football, our goal isn’t to win titles. It’s to create better players, and we’re all fully committed to that.

That said, we have major tournaments coming up – and we will go into those to win them. Every England team should be thinking like that at the moment.

There’s a really positive feeling around England at every age group, both in the men’s and women’s games. We should all be looking to win every game because we have so much talent on our hands.

Of course, our job will be made more difficult if players get called up to the senior squad for the World Cup. But that would still represent success on our part.

Regardless of who we are able take to the Under-21 Euros, our goal will be to win.

On a personal level, my goal is just to keep on learning. I’ve got good people around me to learn from, to set high standards.

I’m lucky enough to have got opportunities in areas of the game that I’m passionate about. I just want to keep on doing things that keep me interested and excited to go to work.

I hope I can have the same effect on some players as Glenn and Terry did on me.