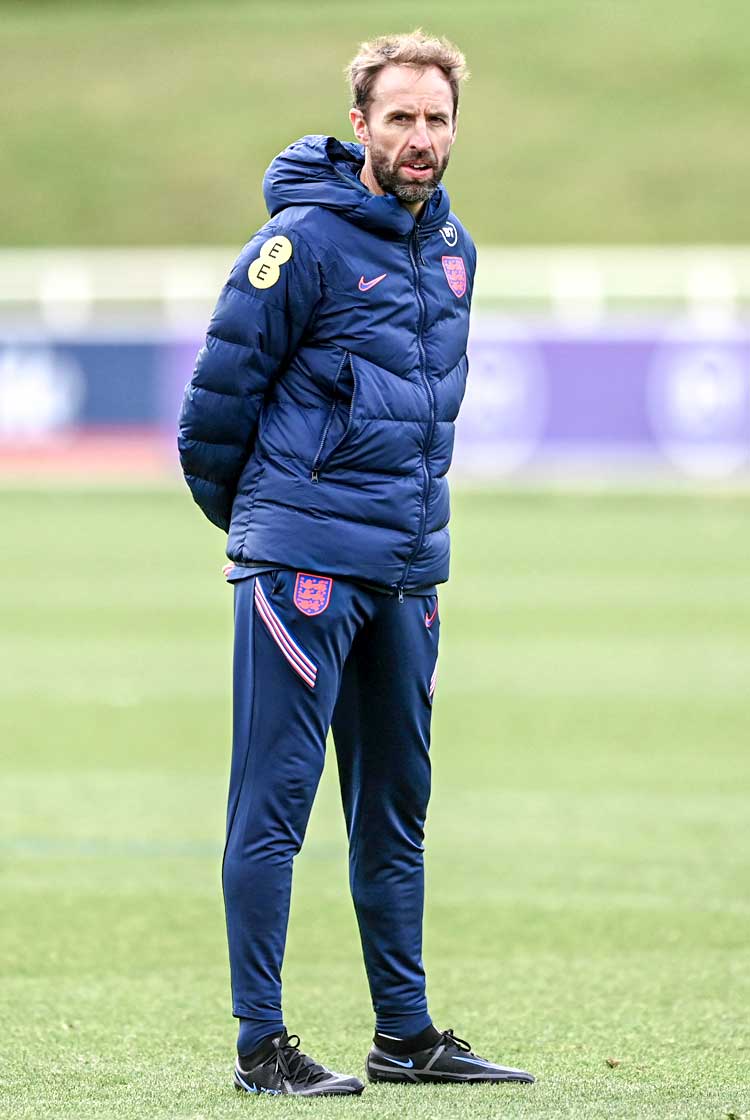 Gareth Southgate: In Others’ Words

The Gareth Southgate England era has been like no other. After taking over a team of underachievers who had endured a great deal of disappointment over the years, Southgate has overseen some of the best and most memorable years for England's national football team.

A World Cup semi final in Russia in 2018 was followed by a run to the final of Euro 2020, and a long-awaited tournament win now doesn't seem anything like as far away as it did under previous managers. Plenty of that owes to the work of Southgate and his backroom staff.

Many of the coaches we have interviewed here at The Coaches' Voice have spoken of their admiration for Southgate, and his work with England, as well as in previous roles with Middlesbrough and England Under-21s. Here, we have collated the best quotes from those coaches, all of whom have either worked with, played with or played for Southgate.

"There was a real disconnect between the fans and the team. I’m not suggesting that anyone was directly responsible for that; I think it was something that had just evolved over a period of time.

"On top of that, we evolved our way of playing from qualification for the finals. We didn’t like the 4-2-3-1 formation we had used in qualifying. The team was solid and we always had a threat, but the football was stodgy – and neither of us had ever really wanted to play that kind of football, either as players or coaches.

"We decided that playing with a back three would give us a better chance not only of keeping clean sheets, but also playing a more effective game with the players we had.

"We were trying to find ways of getting our most talented players on the pitch in a way that gave them their best chance of showing their obvious qualities, while also keeping us stable without the ball.

"It was fundamental to us that we weren’t asking players to do anything too different to what they were doing at their clubs. Against Iceland at the 2016 Euros, it had looked like, under the pressure, the players had fallen apart a little bit. None of them had played even close to their real level. We felt that we needed to create a situation where, under pressure, the players would fall back on strong habits they had developed in training at both their clubs and with England. We wanted round pegs in round holes."

Jason Euell has been a coach with England since 2019

"He probably learned a lot from his time managing at Middlesbrough – but it’s part of the journey that has made him successful.

"Gareth’s very honest in his approach and his communication. If you’re not playing, he’ll come and tell you why. He won’t hide it. You can see with the national team now that communication is one of his strengths.

"It’s partly how you earn that respect – both with the results you get, but also the understanding, knowledge and relationship-building.

"When you see yourself as a coach or manager, you are so many different personalities – and since I’ve been involved in the England set-up, I can see how he’s changed.

"You’re like a father, a big brother, a role model, a mentor, a coach – you’re dealing with the media – and Gareth's probably grown in all of those.

"You have to chop yourself up into different people – change your stripes – because you’re dealing with different players at different stages of their careers, who are sometimes playing at different levels. That’s the transition – playing to coaching."

"I worked very closely with Gareth Southgate in the lead-up to the World Cup.

"We had a great backroom team. Ultimately, decisions lay with Gareth and Steve Holland, his assistant, but I played a proactive role in helping out wherever I could. I tried to provide any information I thought could help Gareth and Steve do the best job possible with the senior team.

"Another target that was discussed when forging the England DNA was to unite the game and inspire the nation. International football had been the source of plenty of frustration for the fans over the years, but I think it’s safe to say we succeeded with what we did in Russia.

"We didn’t get to experience the euphoria back in England, but we saw videos and spoke to people back home. It was clear everyone was inspired by what we achieved.

"It’s still a bit of a regret that we didn’t get over the line, especially after going 1-0 up against Croatia in the semi final. But it was a real privilege to be a part of it, and something I’m very proud of."

"The players deserve massive credit for buying into the ideas, but Gareth and Steve Holland are the ones who put all the pieces together and were responsible for it.

"Gareth and Steve put full trust in me to do what I thought I needed to improve England at set-plays and in attack. Not once at any point in the four, five years we worked together did they tell me to change what I was doing.

"I got nothing but support from both of them. They were more relaxed because they didn’t have to worry about attacking set-plays.

"I also learned so much from Gareth on managing pressured situations, on self-awareness, emotional intelligence. Also, because he’s so good at all that stuff, people seem to forget – or miss – how good a coach he is. He’s just so tactically intelligent."

"What I think was unique was the coming together of so many strong individuals, and I think Steve Coppell’s recruitment policy was part of it."

"I remember Gareth as a player coming through and I remember Steve always had a little shine in his eye for Gareth. If you ever get Steve Coppell in a conversation about anything, he’d throw two things in – firstly Manchester United, obviously, and secondly about how many O-levels he had, and that none of us had any, etcetera.

"Gareth was the only one who could match him. I think Gareth probably got more O-levels than Steve. Steve would probably kill me for saying that anyway. Gareth was like our posh boy, and he had a determination that fitted into Crystal Palace, and he needed that.

"To his credit, Gareth didn’t come in with a grammar school attitude. He came in knowing he had to fight for his life, and he took that all the way through his career, and obviously with England."

Jonathan Woodgate played under Southgate at Middlesbrough from 2006 to 2008

"Gareth Southgate had only just finished playing the season before, and he was the manager when I arrived. We had a really good team with lots of quality, but it was a massive job – going from playing one year to managing the next.

"He had some really tough decisions to make, and he was doing it with players who were his mates. He’d been playing with them a few months before. He made some bold calls, including choosing to leave Gaizka Mendieta and Ray Parlour out.

"These were big players. It’s only when you look back that you realise just how tough a task he had, but he did a really good job."

"I was part of the panel that chose Gareth Southgate. For me, he was potentially head and shoulders above any of the other contenders also touted at the time.

"Of course, you have to go through a selection process, but if I’d been a despot I’d have said: 'We’re wasting our time.' I couldn’t see how it could be anyone else.

"Why? Fundamentally, it came down to my belief in the plan. My belief that the people within that plan have to understand it and believe in it too. It’s crucial to have the right people – the ones who recognise that they’re part of a bigger picture.

"They’re part of a team, but they also have responsibilities beyond just their team.

"So, if I’m the under-19s manager, I’ve got to be working on behalf of the under-17s, the under-21s and the senior team. I’ve got to understand that I’m part of that production line.

"Gareth seemed to be the perfect person for that. He’s an intelligent, modest, fair-minded, even-tempered person with a steel spine.

"I just hope that Gareth wants to continue as England manager for a lot longer, because I think we need that. We need to recognise that we are getting better and better, and that we can be the best."

"Gareth Southgate was the first manager to put me on the right. Opponents had started to double up on me to stop me going down the line, and I was far less effective coming inside on to my right foot.

At first, I was pretty unsure about it. I wondered if he was trying to shift me out of the team to get someone else in!

"Eventually, I saw what he was trying to do. On the right, I could come inside on to my stronger foot and attack the defender’s weak foot. It is also easier to learn to go around the outside and cross with my right than it is to learn to come inside into traffic on your right, which you have to do on the left.

"I embraced the change, and worked hard on going down the outside on my right and putting crosses in or pulling the ball back. It gave me an added dimension to my game.

"It helped me later in my career, too, because if I’d only played on the left, I would have struggled when my pace went. Instead, I was used to playing in the middle of the pitch."