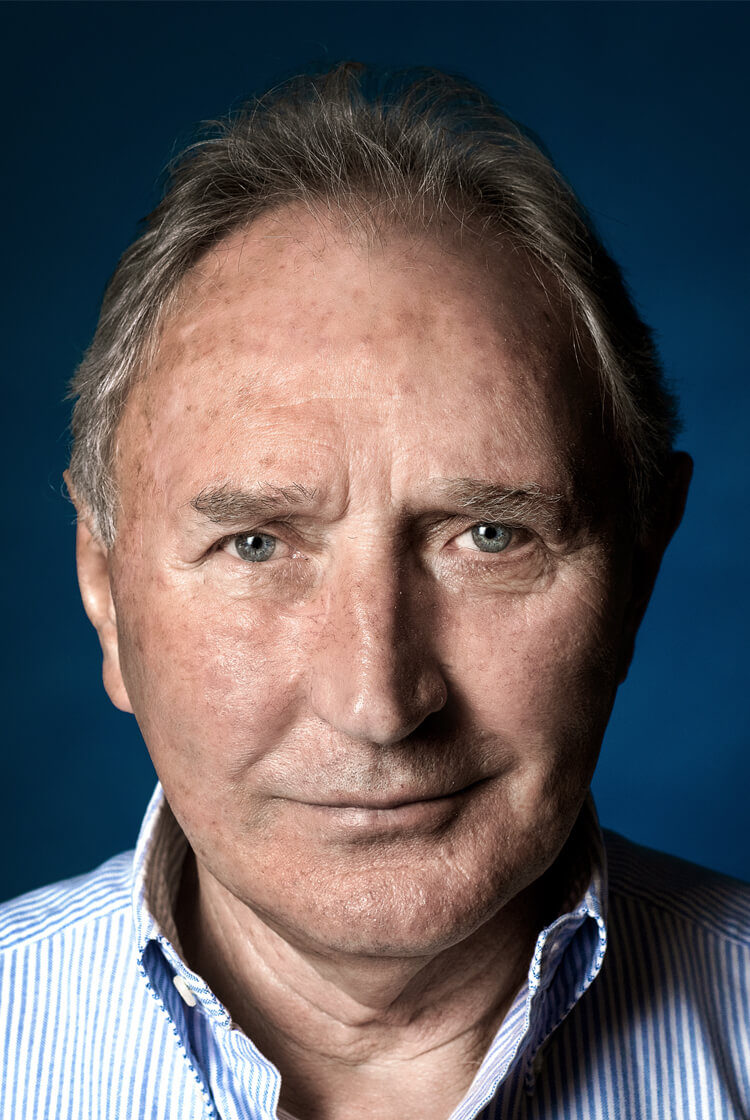 So, who wants to take a penalty?

Whenever I see that question being asked before a shoot-out, I’m horrified. Taking a penalty in that context is like needing to hole the last putt in the final game to win the Ryder Cup.

There needs to be a strategy in place for penalty shoot-outs – a plan that’s built on sound rationale.

That was something we worked out in the late 1990s, when I was the Football Association’s Technical Director. We brought in sports psychologist Bill Beswick, who helped us to understand the crucial need for players to have the right temperament and skillset.

The player who volunteers thinking “if I don’t put my hand up, they’ll think I’m a coward” is not the man for the job.

The steady Eddies are the ones you’re looking for. You certainly don’t want Picasso – you’re better off with the bloke who paints the ceilings. Most of the skills required are in the mind and the process.

It has been 21 years since I became the first person to hold the role of Technical Director at the FA. I’d not long left Leeds United (above) when I got the phone call asking me to meet with the Chief Executive of the FA. Really, at that time, I was looking to stay in management.

But as I listened, I realised this was an opportunity that interested me enormously. It was a blank sheet of paper. An opportunity to really create something. That being, a plan for the English game.

I’d already had a taste of that at Leeds, where I’d set up the academy at Thorp Arch. When I took over there as manager in 1988, they signed 18 schoolboys. How many of those do you think were offered a professional contract?

I was amazed. What are we doing promising kids failure? I was determined that there had to be a better way.

"We discussed a lot about the importance of ethos, mindset, education and development"

We eventually found the right location and built a new state-of-the-art training ground and academy at Thorp Arch. Boys from the age of 14 would live there and go to a local school, allowing them to train in the morning before they went and then again in the evening.

On the coaching side, I brought in Dick Bate first, and then Paul Hart. When they asked me what the job was, I kept it simple.

“You teach the boys to play. I teach them to win.”

We discussed a lot about the importance of ethos, mindset, education and development. We worked hard to create the right culture in which they would thrive.

Towards the end of my time as Leeds manager, we signed seven boys as apprentices. Six of them played first-team football. It was a great generation: Jonathan Woodgate, Alan Smith, Gary Kelly, Harry Kewell, Paul Robinson, Ian Harte.

I think that was one of the reasons the FA latched on to me in 1997. It might also have something to do with the fact that I was a frequent letter-writer to them during my time at Leeds, always complaining about something.

Eventually I met with the FA and Rick Parry, who was chief executive of the Premier League at the time. It was clear they were aware of the transformation that was under way in France at that time: they knew about Clairefontaine, Gerard Houllier’s role as Technical Director at the French FA, and the leadership that had come from the former president, who recognised the importance of education.

Gerard Houllier was a frequent visitor to Leeds at the time. We chatted a lot.

I agreed to join the FA on the basis that if English players and teams were going to thrive and succeed in the future, we needed a plan for the whole of the game. The Charter for Quality was one part of that plan.

What else mattered? Women’s football.

Elite sport is not democratic, it’s elitist. But within that elitist context, in the team situation, it’s about ‘we, not me’. That means everybody has to be given the same opportunity.

Outside of football, I saw women runners and women tennis players. I felt that, in football terms, female players and coaches were getting an unfair deal.

The year after I arrived, I appointed Hope Powell to be the manager of England’s women’s team. We needed a role model, somebody passionate about the women’s game. She was both of those things.

I had a great team around me at the FA – men and women. Robin Russell is now the go-to person for grassroots advice worldwide. John McDermott, who’s now at Tottenham, and Les Reed at Southampton – they were all part of a great team.

Initially, we locked ourselves away and spent hours trying to analyse and prioritise the needs.

Of course, there were issues and obstacles along the way: clubs trying to cut corners with academies and that sort of thing. But, overall, we had a good plan. A doable plan. A workable plan.

We finished up with the Charter for Quality, which addressed youth development and coaching; the International Development Plan for England players and coaches; and the National Football Centre at St George’s Park. A place we wanted to be the Oxford and Cambridge of football education.

The catastrophe that was to become the new Wembley and internal battles for power meant some of these things took longer to get off the ground than they should have done.

But the appointment of Dan Ashworth and the team he has built have been fantastic at getting things back on track – and now we are seeing the benefits. Of course, Rome was not built in a day, but our recent successes in men’s and women’s international football tournaments suggest we are getting there.

We’re now seeing players who have been schooled in a process and culture from the age of 15. A culture that creates successful international football players, coaches and teams who have what it takes to cope with and succeed in the tournament environment.

They’re being given the chance to get accustomed to the demands of international football. So, when they join an international set-up, they are coming to a place they’re familiar with.

And when I say ‘place’, I mean a place in their heads.

If they’ve played in the Under-17s, Under-19s and Under-21s, all the messages they’ve received are consistent. It’s like anything: if you say you want to be a doctor, they don’t throw you on the ward straight away. You work your way up, learning what it is that you’re supposed to be and do, and how to deal with it.

"I was part of the panel that chose Gareth Southgate. For me, he was potentially head and shoulders above any of the other contenders"

You might look at this England team and think that, individually, it’s perhaps not as good as some we’ve had in the past. But in terms of their ability to win games, I think it’s certainly more consistent, performance-wise. And they will continue to improve.

A huge part of that is having a manager who has learned from, understood and supported the messages.

The message that the international game is different to the club game; that it requires different qualities of you. That we’re here to get you to understand that, and to recognise that the team will become more successful if we keep the faith.

We’re here to not make some of the mistakes that have been made in the past.

I was part of the panel that chose Gareth Southgate to fulfil that role. For me, he was potentially head and shoulders above any of the other contenders also touted at the time.

Of course, you have to go through a selection process, but if I’d been a despot I’d have said: “We’re wasting our time.” I couldn’t see how it could be anyone else.

Why? Fundamentally, it came down to my belief in the plan. And my belief that the people within that plan have to understand it and believe in it, too. It’s crucial to have the right people – the ones who recognise that they’re part of a bigger picture.

They’re part of a team, but they also have responsibilities beyond just their team.

So, if I’m the Under-19s manager, I’ve got to be working on behalf of the Under-17s, the Under-21s and the senior team. I’ve got to understand that I’m part of that production line.

To me, Gareth seemed to be the perfect person for that. He’s an intelligent, modest, fair-minded, even-tempered person with a steel spine. You don’t have to be Martin Luther King to get a message across. But you do have to believe in the message, be interested in people and be able to make them understand that you’re doing your best on their behalf, not your own.

As I have said to players many times: “My job is simple: I make you a better player and, as a result, you make me a better manager!”

So, whatever the outcome of the next game, I just hope that Gareth wants to continue as England manager for a lot longer, because I think we need that. We need to recognise that we are getting better and better, and that we can be the best.

That’s right: we can be the best. We just need to be patient, and stick to the plan.