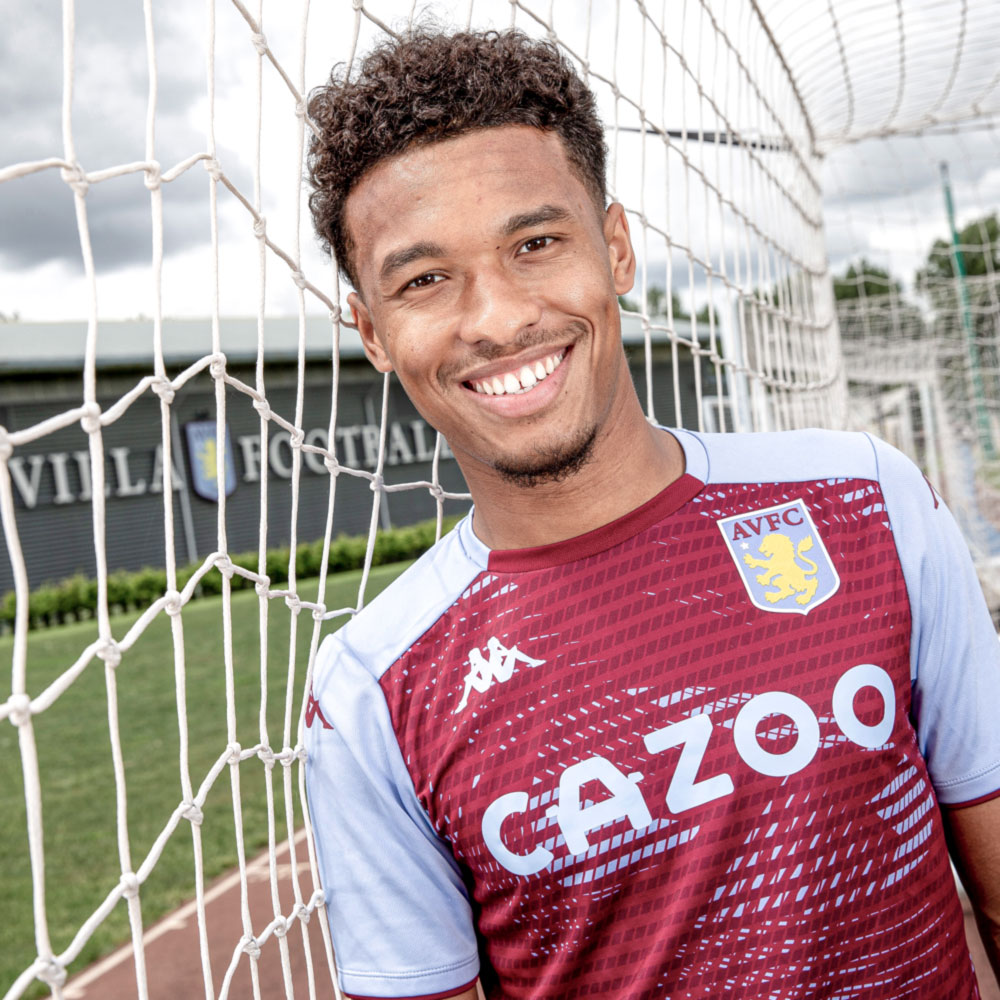 The paint had barely dried on the final coat of the 2021/22 Premier League season when Aston Villa announced the signing of defensive midfielder Boubacar Kamara from Marseille. The France Under-21 international’s arrival on a free transfer at the end of his contract signals the end of a long and happy relationship with his hometown club. He first walked through the doors of the Marseille Academy in 2005, when he was only five years old.

After making his first-team debut in a French League Cup game against Sochaux in December 2016, Kamara went on to make almost 200 appearances for Marseille. He was an unused substitute in the team’s 3-0 defeat to Diego Simeone’s Atlético Madrid in the 2018 Europa League final, but played every minute of both legs of the semi-final defeat to Feyenoord in this season’s Europa Conference League.

“I am delighted that we have been able to attract one of the most promising young talents in European football,” said Villa manager Steven Gerrard. “We have a very clear plan to make our team stronger, and Bouba is an important part of that.”

Kamara is a right-footed defensive midfielder who has also played in central defence. He often commits to 1v1 duels, trying to regain possession where possible. He is aggressive but controlled, often attempting to stretch his leg around his opponent and poke the ball away (below).

His upper-body strength allows him to battle and put his opponent off balance as he engages the ball. This helps slow the attacker down, at which point Kamara can then stretch for the ball – although if the opponent manages to touch the ball away from him, his tackling technique leaves him open to committing fouls.

His experience in the centre of defence means he is able to cover his back line well, using his excellent reading and understanding of the game when his team is defending. He is particularly effective when dealing with forwards who have dropped in an attempt to receive between the lines, but also when delaying opposition counter-attacks.

His chief strength in these moments is not necessarily in winning the ball back. It is more about slowing down counter-attacks and giving his teammates the time they need to recover. This is particularly valuable in a team that plays with attacking full-backs who often need to recover from positions high up the pitch (below).

He is also more than capable of dropping to defend either between or on the outside of two centre-backs. At 6ft, he has the physical presence to compete in the air as well as on the ground, where his ability to contend at the second phase gives the back line around him time to recover its shape.

Kamara can hide, shield and protect the ball in tight spaces, mostly using his right foot to move the ball and his left side to hold off his opponent. He uses his right foot for the majority of his time on the ball, but can turn both ways and connect both sides of the pitch.

Kamara is a good long passer who can use switches of play to find runners in beyond a defensive line or in wide areas (below). He often works the ball to the right side when operating in a midfield pair, but will use both sides when playing as a single pivot.

His central passing can help control the tempo of his team’s build-up, and he can also break lines when appropriate spaces open up – although his passing is focused more on connecting than penetrating. When he does look to penetrate centrally, he uses an almost chipped technique with minimal backlift to work the ball over the opposing back line. This is especially useful for runners starting wide but moving inside the pitch to receive in behind.

Boubacar Kamara as a defensive midfielder

Kamara has spent the majority of his first-team career in a defensive-midfield role, where he can operate both as a single pivot or as one of a pair. His ability to delay attacks is more evident when used as a single pivot, when he lacks the immediate support nearer the ball during transitional moments. That he can defend alone allows other teammates to push forward in possession, with Marseille often able to commit an extra runner into the final third as a result.

Kamara is also quick to support his full-backs by pressing across the pitch, covering on the inside shoulder to help stop wide players cutting inside when the team is defending in a lower block (below). As he often moves wide to receive possession – opening up long passes and switches of play – he is regularly well positioned to support or cover the nearest full-back if required, especially on the left side.

When used as a single pivot at Marseille, behind two number eights usually chosen from Matteo Guendouzi, Pape Gueye and Gerson, Kamara has dropped into the back line to support play both with the ball and when defending, making a back five if needed. He stays close to his centre-backs in possession, helping build play with short passes and giving time for the full-backs and wingers to rotate ahead of the ball. Here, one of the number eights can also drop deep to help create more space in advanced central areas.

Boubacar Kamara as a centre-back

In his debut season in the Marseille first team, in 2017/18, Kamara featured in a defensive-midfield role. In his breakthrough campaign, under Rudi Garcia the following season, he played mostly in the centre of defence – a position he has occupied occasionally in subsequent years.

Here, his attributes as a central midfielder apply equally. He reads play well, understands when to press out of line (below), and when to cover and support around. He can compete in the air, but he is perhaps best suited to covering for the second phase, or engaging out of line to press the ball. His patience when delaying opponents the opportunity to penetrate through midfield is also an asset when he finds himself in the back line.

From this deeper role, Kamara’s switches of play, especially to the right side, are best played from left centre-back. His ability to build with short passes helps the pivot (single or double) to connect with advancing full-backs, while his quality when clipping longer passes over an opposing press is more than useful against opponents that press high.

These were all key aspects of Marseille’s build-up play in the 2021/22 season, and will no doubt be evident in Aston Villa’s 2022/23 campaign. It will be interesting to see how quickly this talented and resilient midfielder adapts to the intensity of the Premier League.