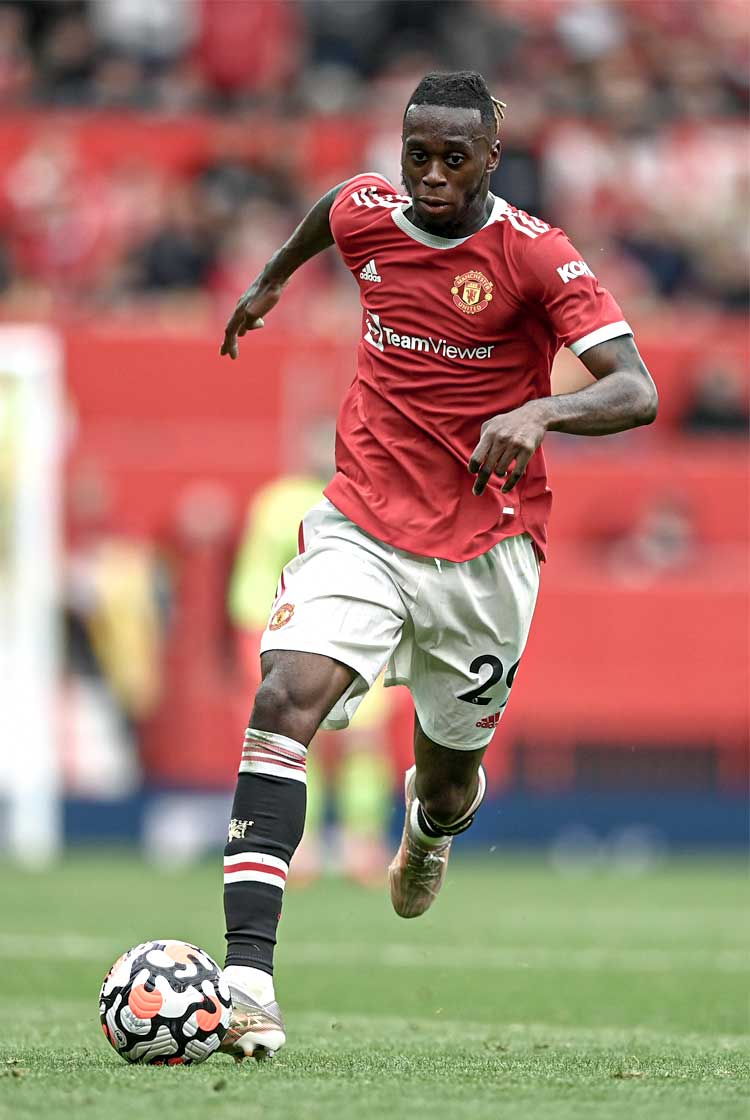 Profile
Antonio Valencia aside, right-back has been something of a problem position for Manchester United in the years since Gary Neville retired. So, when a 21-year-old Aaron Wan-Bissaka signed in the summer of 2019 from Crystal Palace for a fee that could rise to £50m, it was hoped that he would go on to fill that slot for years to come. He has fared exceptionally well in the early stages of his United career, and with United investing big money in other areas of the field, Wan-Bissaka may eventually face stiffer competition for his spot. For now, he is making the position his own.

His manager, Ole Gunnar Solskjaer, has enjoyed the young full-back's improvement. “It’s still very early in his full-back career,” Solskjaer said. “I still think that we will see a lot of improvement from Aaron. We do see it in training and on the pitch as well, that’s for everyone to see.”

Tactical analysis
Wan-Bissaka’s greatest strength is his defensive ability in one-on-one situations. He can quickly shift his feet and hips while jockeying to react to tricky wingers who will change pace and direction at high speed.

He has an exceptional turn of pace, and will encourage his opponents to take him on around the outside – down the touchline – because he backs himself to win a race against any opponent. He curves his approach to reduce the chance of his opponent dribbling diagonally infield towards goal, and also because doing so reduces the angle through which he has to turn to follow his opponent if they attack down the line (below).

After sprinting to within a few yards of his opponent, Wan-Bissaka leaves a gap between them to prevent them from touching the ball past him and getting on the wrong side of him. He is rarely beaten in a race down the line, but if he is left even a few yards behind his opponent, he will happily go to ground; his slide tackles are a part of his game for which he stands out. He rarely misses the mark with a slide tackle, and his long legs, impressive pace and vast reach mean as a last resort, his tackling will prevent most opponents from getting past him.

His tackles will generally concede a throw-in as they are made across his opponent and close to the touchline, and he could improve his game by attempting to retain possession following a tackle so that his team can launch a counter. When he is forced infield by an inside forward or inverted winger, he is less willing to make a slide tackle, but his ability to win the ball would be even more valuable here, with his teammates closer by to collect second balls.

When he gets tight enough to engage an opponent who takes him on, he has the upper-body strength and pace to compete with the very best. He uses his arms intelligently to impede his opponent and gain an advantage over them.

Wan-Bissaka is constantly improving in possession. He doesn’t have the technical ability or delivery of a Trent Alexander-Arnold, Reece James or Kieran Trippier – which that may have counted against him in the race to earn a right-back spot in Gareth Southgate’s England squads – but he is more than capable in possession, nevertheless. Providing attacking thrust from full-back is becoming a more prominent part of his game, and although his crossing can be on the inconsistent side, he is certainly improving.

While those other England right-backs might use lots of curl to cross from deep without dribbling at an opponent, Wan-Bissaka is more likely use his pace and ability on the ball to create space for himself (above). He is good at standing his opponent up and bursting into space down the line to put a cross in while running at pace. It is only natural that he may be slightly off balance in these situations, and sometimes his crosses will let him down. This is an area of his game he has clearly worked on and has improved markedly, but there is still work to be done.

He could also do with improving aerially. Despite being on the tall side for a full-back, he often mistimes his jumps and can be nudged away from the ball as a result. If a big forward chooses to pull out wide, Wan-Bissaka often loses out in the air. However, he has the pace to make quick recovery runs and if he is beaten in the air he swiftly turns to catch play up once he is caught the wrong side of the ball.

Role at Manchester United
From the 4-2-3-1 shape that Solskjaer prefers, United often build with a back three, with Scott McTominay the most comfortable of their central midfielders at dropping back alongside the two centre-backs. He will usually do so to their right, with Wan-Bissaka and left-back Luke Shaw pushing up into the midfield line in what will often become a 3-3-1-3 shape. When they face only one opposition attacker, and no midfielder drops into the back line, they will build in a 2-4-3-1 shape (below).

United will regularly push both full-backs up the pitch simultaneously, with the two centre-backs and two defensive midfielders staying behind the ball, giving the team enough defensive security for both full-backs to attack. As United almost exclusively play with ‘wrong-footed’ wingers who like to cut in to create or shoot using their stronger foot – such as Mason Greenwood on the right and Jadon Sancho on the left – there is often plenty of space on the outside for the full-backs to exploit.

Out of possession, Wan-Bissaka drops in to help form the four-man backline at the base of this United team. He stays tight to the right-sided centre-back – usually Raphaël Varane or Victor Lindelof – and does a good job of stopping opponents from getting into the space between the two defenders or in behind him. When someone does get into that space, he is quick to get back and often uses a slide tackle to stop the attack.

Much of United’s threat is on the break, and it is key for the back four to distribute the ball forwards quickly after a regain. Wan-Bissaka does this well himself, but also recognises opportunities to break forwards if a teammate has won the ball and is in the process of releasing another player.

With the vast majority of his career still to come, Wan-Bissaka’s improvement will undoubtedly continue. The fee that United paid for him will – if it hasn’t already – be forgotten.