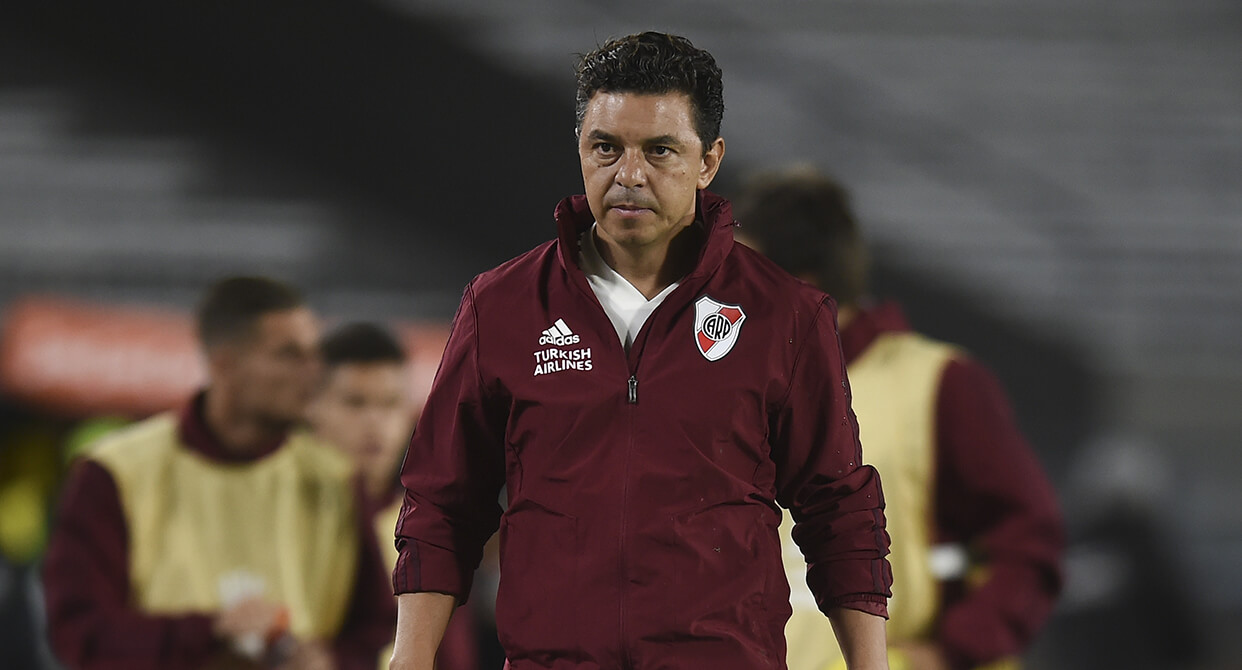 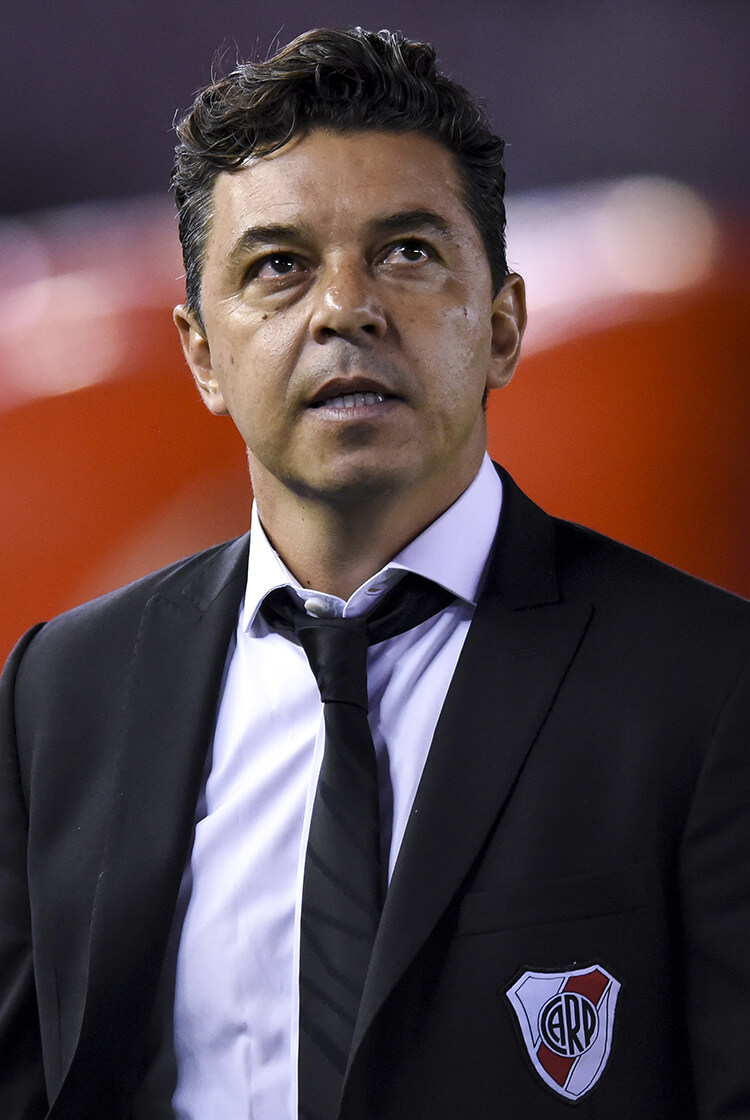 Profile
Before Barcelona appointed Quique Setién to succeed Ernesto Valverde as their manager, in addition to Xavi Hernández – one of the finest players in their illustrious history – they were reported to have considered recruiting Marcelo Gallardo from River Plate. That the Argentinian demands his team retains possession and builds from defence will have owed much to that – Barca's style of play remains essential – but a fine career in which he represented a strong national team and that was largely spent in Europe with Monaco and Paris Saint-Germain likely also contributed.

Perhaps only defeat in the most recent Copa Libertadores final, against Jorge Jesús' Flamengo, prevented his profile rising further. "Knowing how to identify favourable and unfavourable moments in the game and making the correct decision," is, according to Gallardo, essential to a team's hopes of success.

Playing style
If Gallardo has most commonly favoured variations of 4-4-2, 4-2-3-1 and 4-3-3 formations, the features that most consistently define his teams are the extent to which they prioritise possession, build up from the back and offer changes of pace to swiftly launch attacks. He encourages short, precise passes from defence and a gradual build through the thirds until a suitable attacking position is reached, but in a relatively short coaching career he has also demonstrated an admirable degree of flexibility.

In his first year at River Plate, he regularly organised his team into a 4-3-1-2 or 4-4-2 that was built on its defence; in 2015 that was followed by a more consistent 4-4-2 that involved a higher line, width, and their defenders guarding against counter-attacks. Later still, when Ramiro Funes Mori and Matías Kranevitter were sold – Gallardo's recruitment has so far proved sound – and Iván Alonso, Andrés D’Alessandro and Ignacio Fernández were signed, the 4-2-3-1 they were attacking with evolved into a 4-2-2-2.

His team, strengthened by Enzo Pérez, Germán Lux and Javier Pinola, showed increased width in 2017, when they again used a 4-3-2-1, a 4-3-3 or a 4-4-2, and was also potent on the counter. More recently, the presence of Franco Armani, Juan Fernando Quintero and Lucas Pratto led to an increased focus on possession and counter-pressing, and contributed to them eventually winning the Copa Libertadores in 2018.

When River are defending, Gallardo instructs his players to press in advanced territory, and to make quick recovery runs to regain their defensive shape following losses of possession. If this has essentially been consistent during his time there, their exact defensive system is, similarly, determined by those at his disposal, but without sacrificing their ability to protect the central areas of the pitch, often by offering increased numbers there (below, against Boca Juniors).

River Plate's senior squad
The recent departure of Exequiel Palacios to Bayer Leverkusen has contributed to Gallardo again reinventing his team, which is increasingly being organised into a 3-5-2 that involves River playing both shorter and longer passes from central areas into wider territory, ultimately to create width. Regardless of that change of shape, Gallardo's principles have been preserved; they continue to attempt to offer depth, changes of pace and numerical overloads throughout the thirds, while still retaining River's possession-based game.

Their goalkeeper Armani combines with the three-strong defence often formed in front of him by Paulo Díaz, Robert Rojas and Lucas Martínez when they are attempting to build possession. The authoritative Armani is also recognised for his ability when defending one-on-one, and offers both composure and regular communication with that defence. Where Palacios was once influential in midfield, Enzo Pérez instead contributes to spreading play (below), and offers support in both the defensive and final thirds. Gonzalo Montiel and Milton Casco also support attacks, and play with width to stretch their opposing defences.

From the base of midfield, Pérez also uses his pace and tactical understanding to effectively break up play. The versatile Montiel works tirelessly along the right side of their shape, as he once did from right-back; from the left, Casco, who also previously played at full-back, is technically gifted and therefore assured in possession.

River also target playing balls behind opposing defences, inviting forwards Matías Suárez and Santos Borré – Suárez is more creative than the more direct Borré – to combine with the skilful Fernández and Nicolás De la Cruz, and to use their pace beyond those defences. Gallardo's team, similarly, transitions from attack to defence as quickly as it does from defence to attack, and there remains a convincing commitment to the work involved in quickly withdrawing to protect against counter attacks when possession is lost in the opponent's half.