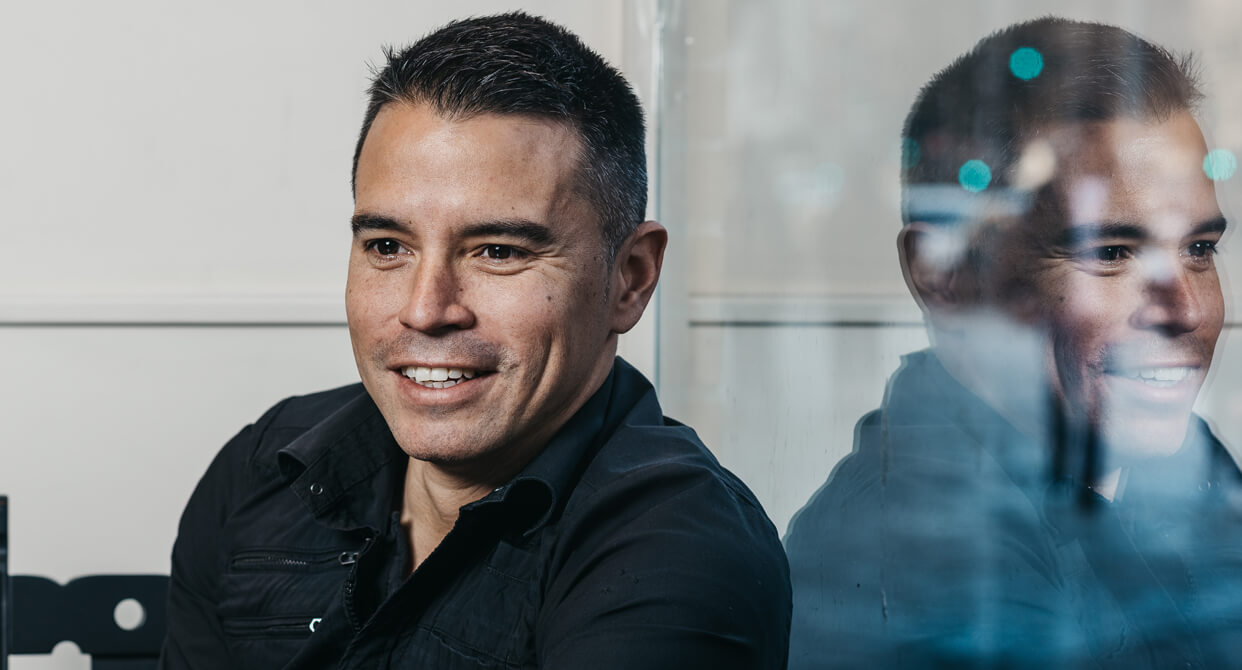 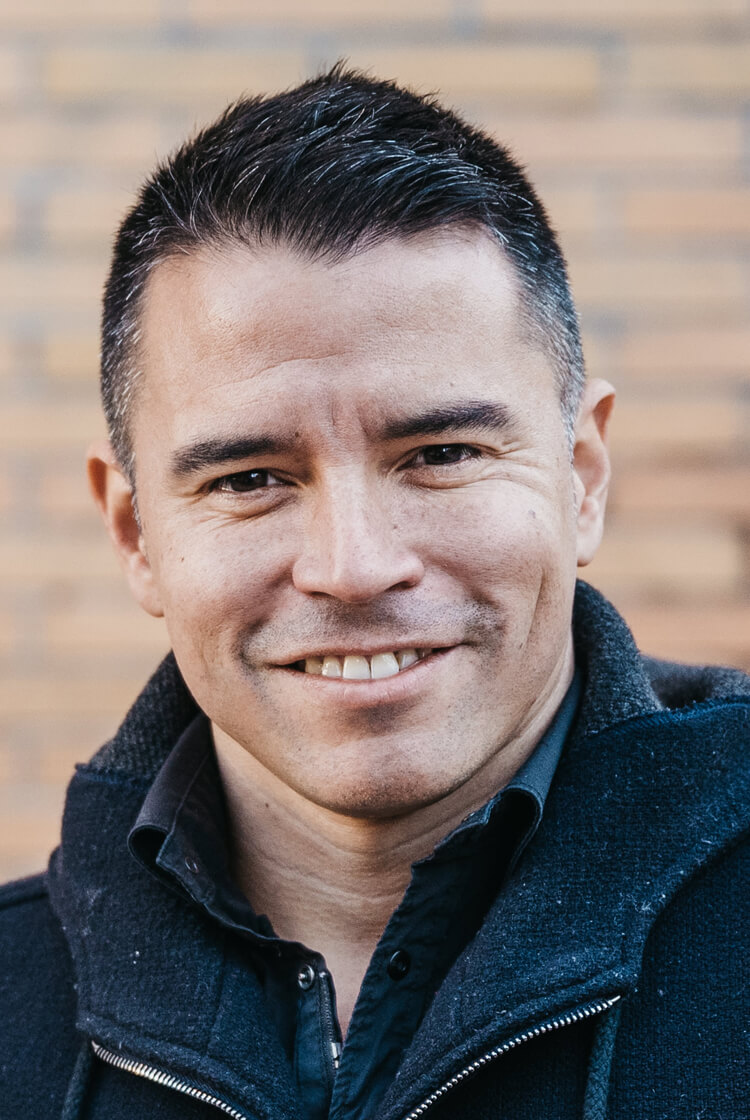 A dressing room can get a manager fired. No doubt about it.

Especially the more senior players within the group. Captains, or those who have been in the squad the longest.

They try to command and impose respect. I’ve been through it several times in my career as a player, and that’s my main fear as a manager – managing the squad.

It’s impossible for all 30 players to be happy. Only 11 can play, and the rest won’t share your approach.

But what I did learn as a player is that those footballers who are not playing must also feel important within the group.

Now it’s my turn to carry out that role.

I was lucky to have Marcelo Bielsa as a manager at the 2004 Athens Olympics, when Argentina won gold. I have a thousand anecdotes about him. His craziness about football is like an excessive fanaticism.

To be alongside him as a player makes you realise how crazy he is about this sport. He lives for football and that’s all he thinks about – making his players better.

I always say that if Bielsa (below) gets a six-point player, he’ll make him into an eight or a nine. It’s amazing.

"Bielsa lives in another dimension, in another world. He doesn’t think like other people"

Another thing is how sincere he is when he talks to you. That’s why players love him so much – he is so upfront when he approaches you, whether it’s good or bad.

I remember I scored three goals in one match. I was really happy, yet when I got to the dressing room he offered a different opinion.

“You were a disaster today.”

Why? I didn’t understand at all.

But in his footballing vision it was about what I did in the defensive phase. Or, rather, what I didn’t do – like help my teammates.

Bielsa has such an open mind and is so knowledgeable that the last thing he thinks about is those three goals. He comes at things from a different angle. That’s when you realise that he lives in another dimension, in another world; he doesn’t think like other people.

I had started to play football when I was five in Parque Chas, a very modest club in Buenos Aires. I learned a lot from my first manager, Gabriel Rodriguez, about how a manager should treat a child. I loved his way of teaching.

Later, the manager who gave me my debut at River Plate (below) was Ramón Díaz, a born motivator.

I had an incredible time with him.

I was 16, and still had a long way to go before getting into the first team.

There were just a few fixtures left until the end of the season and three of the first-team forwards were injured. That left two in the squad.

Díaz wanted to take another forward for a match against Gimnasia de Jujuy.

I was playing in the third division and sometimes I would train with them, but I never imagined what was going to happen.

The last training session before the match had just finished, and when I went into the dressing room my name was there on the board.

When you walk past it and you see your name, you don’t quite believe it. You think it’s there for some other reason. But I was among the players selected. Everything went from there.

I was on the bench.

A forward got injured in the first half. There was only one left on the pitch and the manager made the decision to put me on in the second half.

I remember being very nervous, but the nerves disappeared the moment I went on to the pitch because of what Diaz said to me. “Be calm. You are not responsible. The older players are.”

Those were the right words at the right time. I’ll always remember them. He lifted all of that responsibility I could have felt on the pitch. I went on, and I scored.

As a player in Europe, I had great times with Jorge Jesús at Benfica. He was a manager who really developed an impressive generation of players – Fabio Coentrao, Pablo Aimar (below, right), Ángel Di María. Spectacular players to whom he gave his own special touch. He wanted to play well, and he worked hard to achieve that.

The first half hour of training with Jorge (below, left) was all about touching and playing with the ball – always analytical work without any opposition. That way we were acquiring the mechanics he wanted.

He gave players a lot of freedom, but at the same time he was very demanding. He found that my position as a support striker playing a few metres deeper gave the team a lot more options. I really enjoyed playing for him in a team playing great football, which is what any footballer enjoys the most.

But if I was to be like any one of the managers I had during my career, I would most wish to be like José Pékerman.

He is a manager who works from a calm place. He transmits that to the players themselves, so that he can get the best performances in complex situations. I was with him at the Under-20 World Cup in 2001 (below), and then again at the 2006 World Cup with Argentina.

He’s someone who is very sure of himself. He talks to you. He explains things. Very seldom does he raise his voice. In terms of training, he was the ideal manager; he would work on psychology so that players would feel good.

At training camps, for example, we would all eat together – he was encouraging us to be close to one another.

My time with him coincided with the death of my father. I will always be grateful to him for his help. As well as to Carles Rexach and all the people at Barcelona during that period; they all helped me through a very difficult personal situation.

Another difficult situation all footballers face is retirement.

They always say you have to be ready to take that decision, and it’s true.

Fellow footballers who had been through it advised me to think carefully about retiring. If you still feel that you can carry on playing, it can get messy.

“You’ll be gripped by a tremendous feeling of anxiety and you won’t know which way to turn,” they told me.

In my playing career, I was lucky to play for big teams, including Barcelona (below) and Real Madrid, in a lot of matches. Every week; training, travelling. But when you finish, you suddenly find yourself at home, doing nothing.

"Getting your coaching qualifications gives you the opportunity to get to know another side of football. To understand players"

Even so, it was always clear to me that I had to take the right decision at the right time. When I did, I didn’t miss the competition. I missed playing, of course, because I love this sport – but not competing.

I was in perfect physical shape. The decision to leave had more to do with what I was going through psychologically at the time than anything else.

But that advice from my colleagues helped me a lot in that transition. As did great support from my family. If at that point in your life you’re on your own, it can be very difficult.

After that, to be honest, I wasn’t thinking of getting my coaching qualifications – but then the opportunity came up to carry on gaining knowledge.

I’d heard good things about the UEFA Pro Licence and it turned out to be very thorough – full of theory and information.

That experience gives you the opportunity to get to know another side of football. To understand players.

So what will I be like as a manager?

I still don’t know which path I’ll take – children’s football or professional football. It’s a decision that will come in time, but I’m clear about how I want to face my main fear about the dressing room.

For me, it’s the key to being successful as a manager. But it must also be reciprocated.

Above all, I will ask players to be professional, and to have respect for their teammates and the sport they play. Ultimately, that means having respect for themselves.

It will be difficult, because not all players share those values. But instead of omitting those who don’t meet that standard, I will convince them.

We will all add up, and head in the same direction.