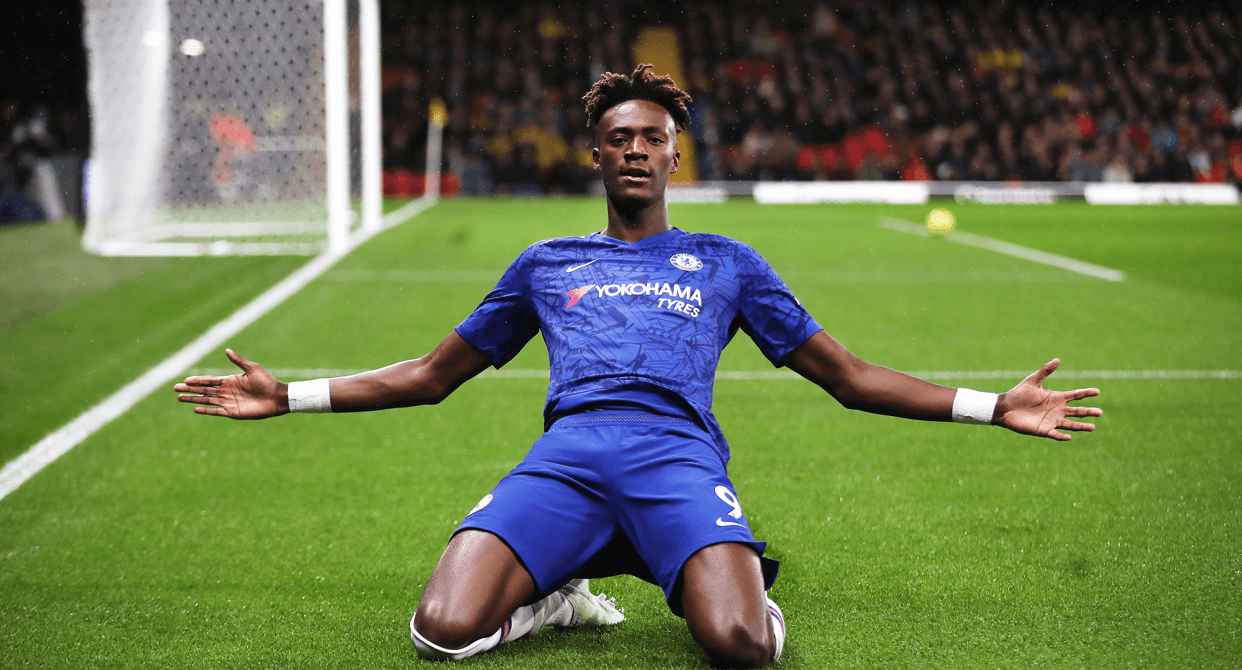 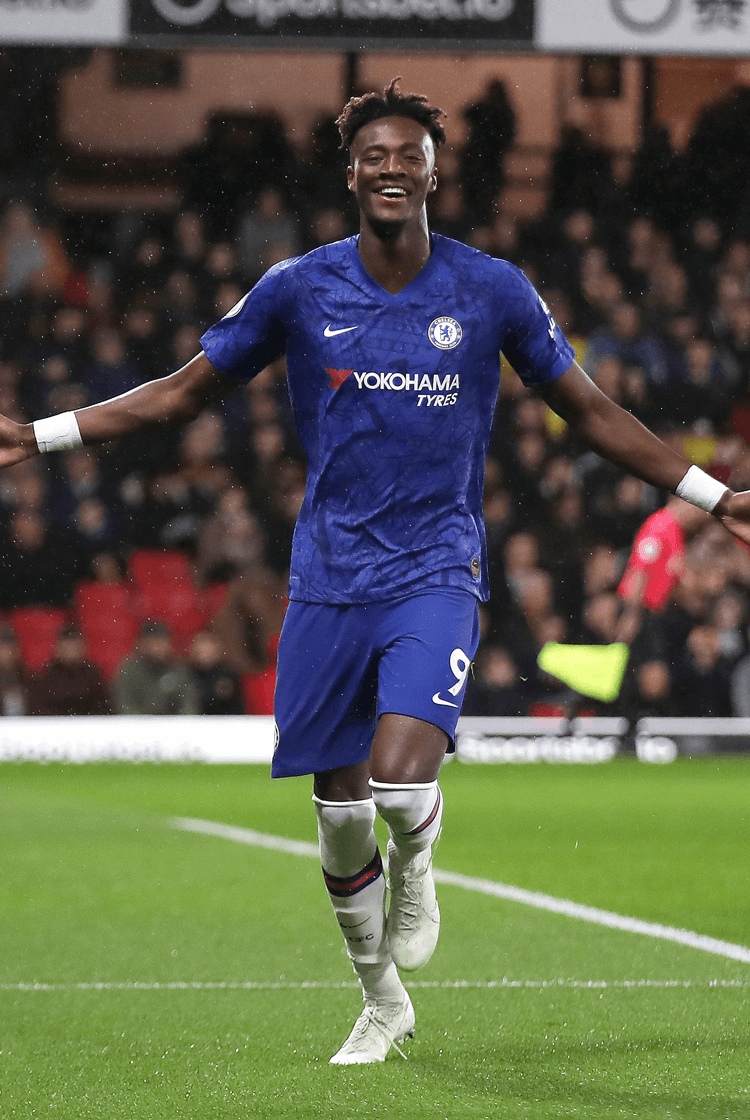 Chelsea recorded their fifth successive victory in the Premier League as they recovered from their League Cup defeat by Manchester United to defeat a Watford side still winless under Quique Sánchez Flores. Goals from Tammy Abraham and Christian Pulisic, two of the promising young names in Frank Lampard's increasingly promising young team, secured the three points for the visitors, with Gerard Deulofeu's late penalty not enough to rescue anything for the hosts. The last Premier League team to remain winless from their first 11 fixtures was Queens Park Rangers in 2012/13, and their season ended in relegation. "When we are positive, we are a good team and we can compete very well," Sánchez Flores said. "We are able to do good things, but this does not happen for a full match." 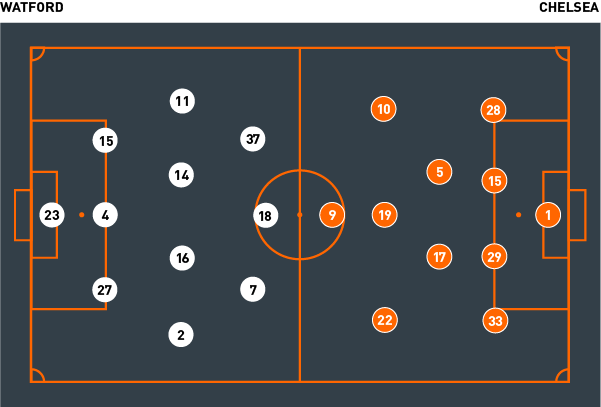 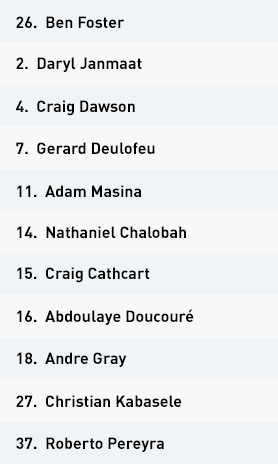 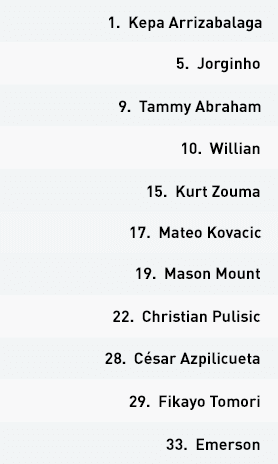 Quique Sánchez Flores set his Watford team up in a 3-4-3 formation when they had the ball, although they struggled to maintain possession as much as they struggled to create goalscoring chances. Wing-backs Daryl Janmaat and Adam Masina were encouraged to advance when Chelsea’s full-backs were occupied by wide attackers Roberto Pereyra and Gerard Deulofeu in front of them, in an attempt to create two-on-one overloads. This approach did have potential, but they couldn't build these overloads with sufficient regularity to cause the visitors any sustained concern.

The hosts also sought to play directly from goalkeeper Ben Foster, but central striker Andre Gray struggled to secure possession, either when receiving to feet or competing aerially. This prevented central midfielders Abdoulaye Doucouré and Nathaniel Chalobah from securing enough second balls to play out wide as regularly as they wanted to. When Pereyra and Deulofeu did receive to feet, they too often lacked a genuinely threatening end product.

Pursuing one-on-ones in wide areas may yet succeed when Watford visit Norwich on Friday evening – and against Burnley and Southampton after that – but they will need greater quality from their central striker if they are to do so. There ultimately remains too little a threat on goal in the continued absence of the influential Troy Deeney.


Chelsea pressed from their 4-2-3-1 shape and did so aggressively, closing down at speed and in a man-oriented fashion. This risked the far side of the pitch being exposed, which was something Watford attempted to exploit via diagonal switches of play, but the relevant full-back would then attempt to delay any attack – either by moving when the ball travelled to prevent too easy a route forward, or by dropping off to encourage the opponent to advance until they were again compact enough to pursue it.

Their manager Frank Lampard has encouraged a strong work ethic, which was also demonstrated by the visitors' intense counter-press. In transitional moments they attempted to swarm the ball and, if that counter-press was evaded, they quickly covered ground to pressure the next player, potentially forcing them to rush and ultimately concede possession.

Frank Lampard set Chelsea up in a 4-2-3-1 formation built on the double pivot provided by Jorginho and Mateo Kovacic. They largely dominated possession, but were confronted with a Watford mid-block that forced them to circulate the ball around the back four and central midfielders for long periods.

Passes into Jorginho and Kovacic were intended to tempt Watford’s midfielders to advance, while wide attackers Willian and Christian Pulisic were used inside to invite full-backs César Azpilicueta and Emerson to attack from wide positions. They struggled to create quality goalscoring chances, hoever, as Watford succeeded in congesting play.

The visitors instead attempted to move Watford’s midfield across the pitch. Mason Mount was positioned in the far half-space to receive a penetrative pass following a switch of play – and, despite their occasional frustration, spaces increasingly appeared during the second half, particularly when Gerard Deulofeu or Roberto Pereyra failed to cover with sufficient speed.

The increasing progress Chelsea were able to make in central areas made Watford's defensive line even more compact, which invited the visitors to redirect their attacks in wide areas. There is little question that they are adjusting to Lampard’s methods, but they still need to be more creative if they are to compete with Liverpool and Manchester City; their circulation of possession needs to be married with improved movement from their attackers.

Watford’s 3-4-3 shape transformed into a 5-2-3 or 5-4-1 when they were defending, with wing-backs Daryl Janmaat and Adam Masina withdrawing alongside the back three in a five-man defence. They were content to concede possession to Chelsea central defenders Kurt Zouma and Fikayo Tomori, only applying pressure if it travelled into either of the full-backs.

Nathaniel Chalobah and Abdoulaye Doucouré were given responsibility for Jorginho and Kovacic, while the dangerous Mount was covered by different individuals depending on where the ball moved. The pair often intercepted possession when Mount or Tammy Abraham were targeted, but struggled to prevent the visitors from playing inside during transitions. Pereyra enthusiastically pressed Azpilicueta on the Chelsea right, but Deulofeu was less disciplined on the opposite flank – something Chelsea looked to exploit as the game wore on.

During the second half the hosts became more man-oriented, and thus followed Abraham when he received to feet – but at the risk of being drawn out of position and struggling to compete physically with the in-form striker. Ultimately, they paid for the gaps they left in defensive areas, as Chelsea stepped up their top-four ambitions with a deserved fifth straight league win.