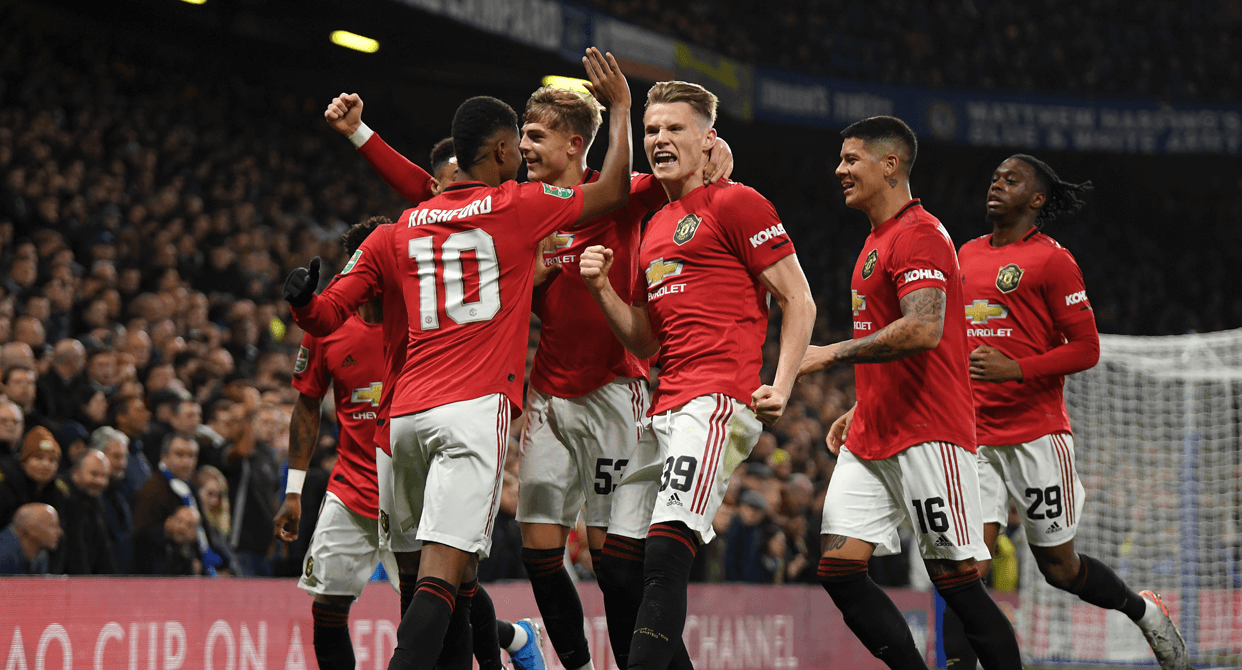 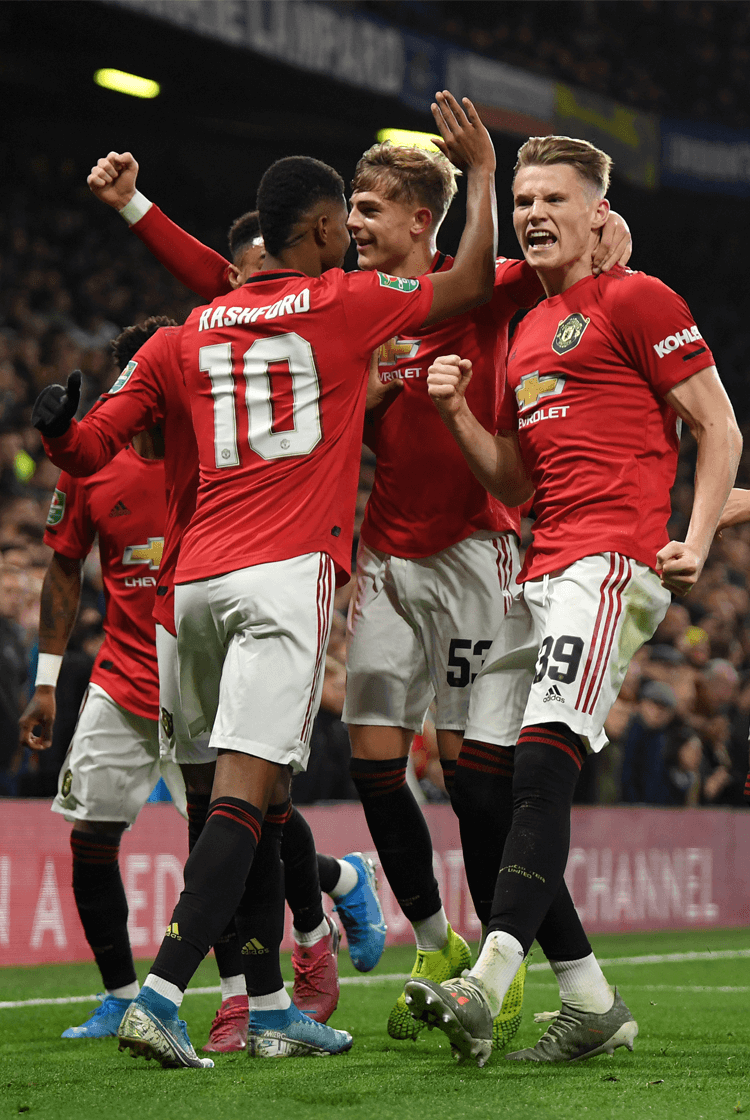 Marcus Rashford's extraordinary free-kick gave Manchester United a much-needed third successive victory to deny Chelsea an eighth win from eight and secure their progress into the last eight of the League Cup. Rashford had already scored from the penalty spot and seen Michy Batshuayi score an equalising goal for Chelsea when he was presented with the chance to score a screamer from 30 yards. Comparing his technique to that of his one-time teammate Cristiano Ronaldo, United head coach Ole Gunnar Solskjaer said: "It was very Cristiano-like. The boy has nerves of steel. He takes a penalty no problem, and then steps up and hits the ball like he did and wins us the game. I've always tried to get him scoring simple tap-ins and being inside the box. He always scores great goals." Amid United's attempts to win the competition for a sixth time – they last did so under Jose Mourinho in 2017 – they have next been drawn to host League Two Colchester in the quarter finals. 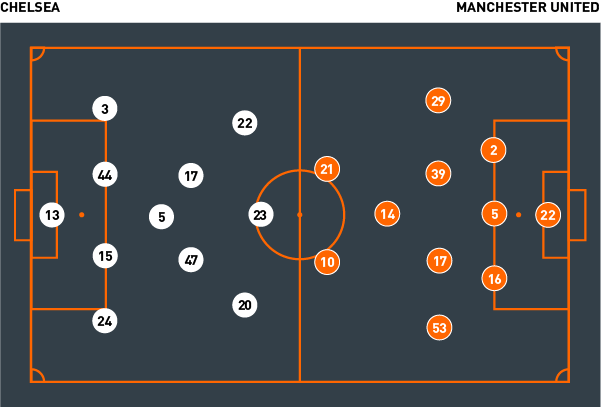 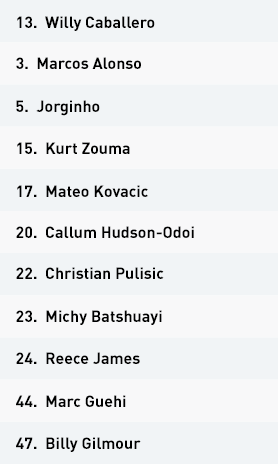 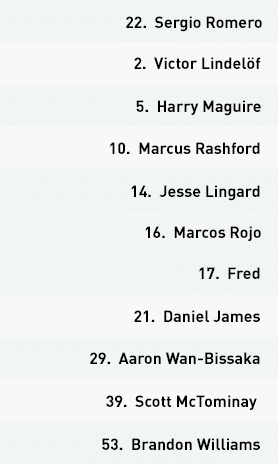 Chelsea were organised by manager Frank Lampard into a 4-3-3 formation that featured Jorginho as the defensive midfielder withdrawing between their central defenders to assume possession. Manchester United’s Jesse Lingard looked to pressure him, which meant that fellow midfielders Mateo Kovacic and Billy Gilmour also had to withdraw to offer further passing options.

The hosts attempted to play over United’s press and into central striker Michy Batshuayi, who was supported by wide attackers Christian Pulisic and Callum Hudson-Odoi. United’s defence was dominant, both aerially and around second balls, so Chelsea initially struggled to create goalscoring opportunities and, because of the pressure applied further forwards, they were also challenged when attempting to give their full-backs and wide attackers time and space. Kovacic was largely alone in being able to break beyond United’s midfield while carrying possession.

Remaining in their 4-3-3 and with a mid-block, Chelsea were only threatened by Lingard’s movements behind their full-backs, on the occasions they advanced towards United’s wing-backs. Marcos Alonso’s foul on Daniel James gifted the penalty from which Marcus Rashford gave United the lead.


It took Jorginho withdrawing into even deeper territory – to where Lingard would not follow him – before they could advance with the ball via the midfielder’s passing range. The accuracy of his deliveries also meant that teammates could be found out wide.

Hudson-Odoi and Pulisic played with greater width, which drew United’s wing-backs and therefore invited Chelsea’s full-backs to advance around United’s mid-block, creating the room their supporting midfielders required to move forward, combine and create. If United responded by remaining narrow, Chelsea could then instead attack out wide.

When United adopted a different attacking shape, the hosts retained the same defensive structure, even though they were vulnerable to counter-attacks. Even though they again threatened late on, they were unable to find another equaliser and ultimately saw their excellent winning run come to an end.

Ole Gunnar Solskjaer again organised Manchester United into the 3-4-1-2 formation that has contributed to their improving results. Out of possession they instead adopted a 5-2-3 shape and utilised a man-marking system to frustrate Chelsea's attempts to build possession from deeper territory. United were often content without possession, largely because of Chelsea's struggles to play through them.

Forwards Marcus Rashford and Daniel James attempted to screen passes between their opposing central defenders and full-backs, which meant that wing-backs Aaron Wan-Bissaka and Brandon Williams could remain compact with their three central defenders. It was when either of the central midfielders – Scott McTominay or Fred – individually joined the press that Chelsea played passes over them. But Harry Maguire succeeded in defending these with relative ease.

In possession, the width provided by the wing-backs – and their reluctance to advance, which worked to draw the Chelsea full-backs out – created spaces between the hosts' central defenders and full-backs that the often untracked Jesse Lingard pursued from a central starting position.

When they adopted a more defensive block after taking the lead, United attempted to stretch their opponents in longer distances after regains, but the swift transitions they were hoping for rarely unfolded because Rashford and James were assisting their attempts to defend from within central midfield. They therefore struggled to reach the inside channels after regains, even when the hosts attacked with even greater width in the second half.

The introduction of Anthony Martial contributed to United changing to a 4-2-3-1 shape, in which the Frenchman was supported from the inside channels by Rashford and James. Fellow substitute Andreas Pereira helped to link play around Jorginho, and with Chelsea retaining the same defensive structure United finally had the numbers they needed to be more effective in the final third. That said, it still required a Rashford thunderbolt to secure the victory and United's progression into the last eight.