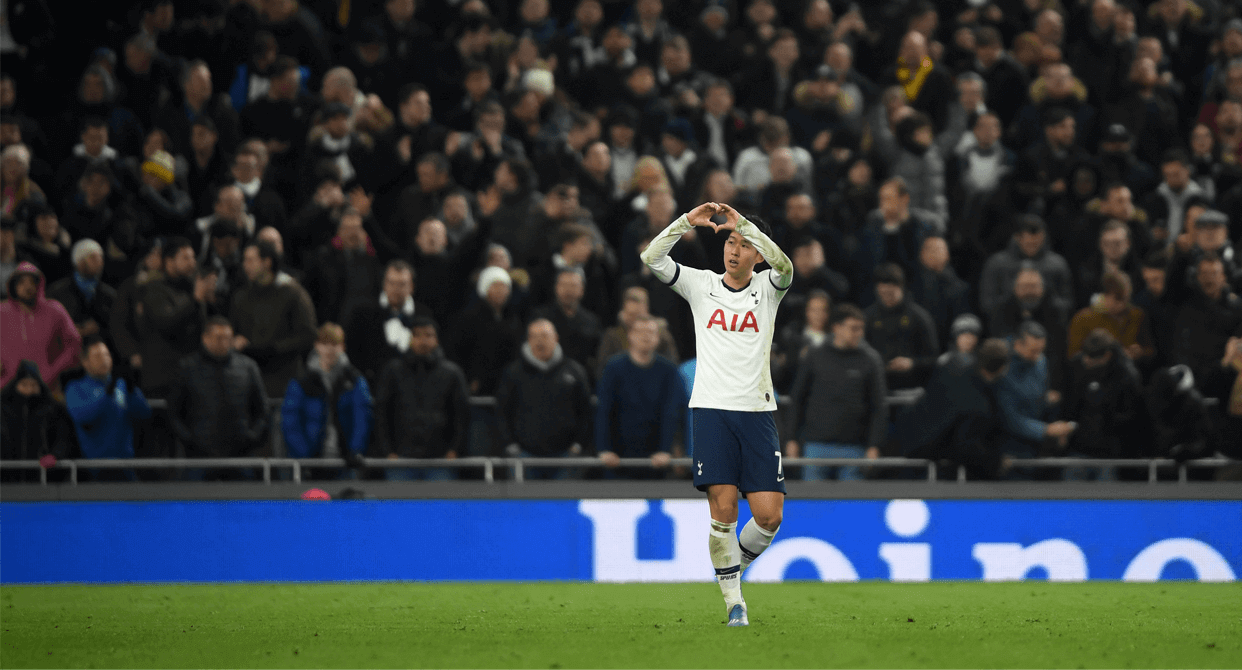 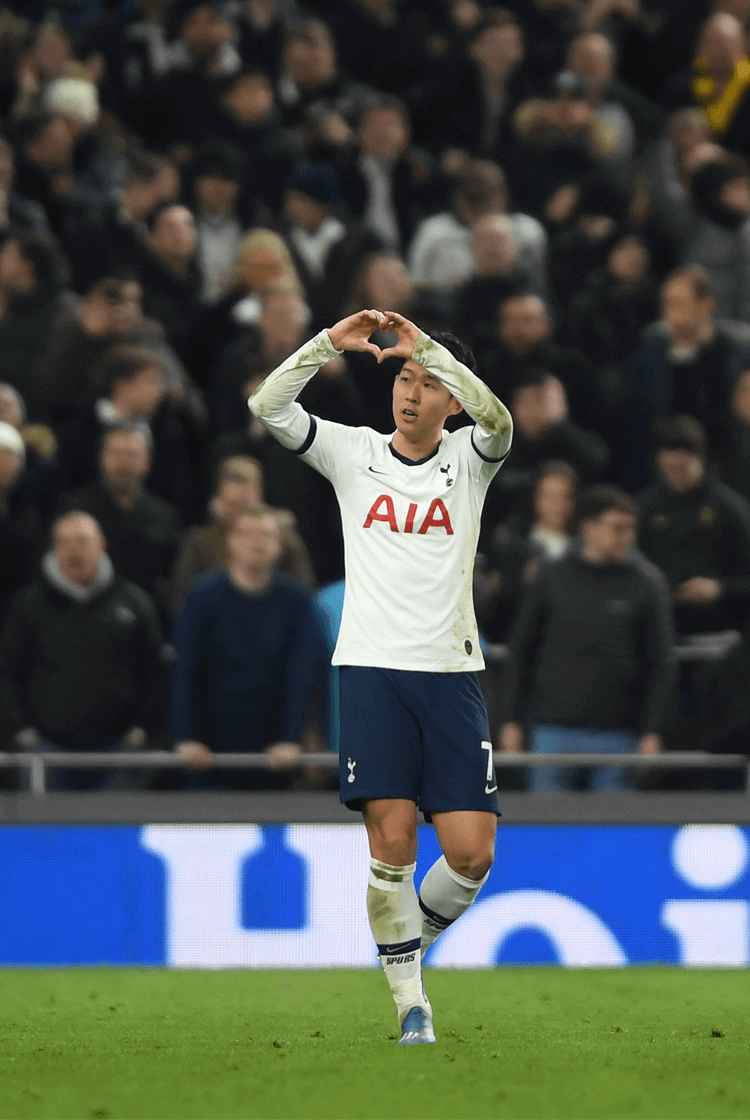 Tottenham recovered from a losing position to reach the fifth round of the FA Cup with a battling victory over Southampton. They took the lead when Tanguy Ndombele's shot was deflected in by Jack Stephens, before finishes from Shane Long and Danny Ings gave the visitors the lead. The latest of Lucas Moura's goals then brought them level, and was followed by Son Heung-min scoring from the penalty spot to ensure that they will next host Norwich City. "We suffered," said their manager José Mourinho. "We played against a very good team, we played against a team that was the best team on the pitch but we deserved to win because we were in our limits. They had their best players; they had one more day rest, they were fresh." Southampton manager Ralph Hasenhüttl, who lost the influential James Ward-Prowse to injury in the first half, said: "In the last 15 minutes, we didn't defend like we had to. It doesn't count that we had 30 minutes (of the) second half perfect. We were not defending like we wanted to for the second goal and the third goal was too easy, they ran through our midfield like there was nobody there." 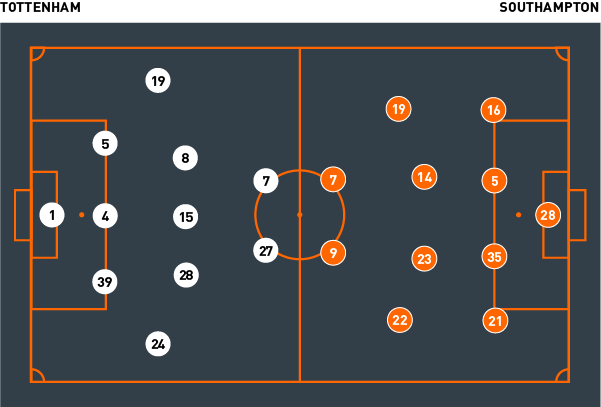 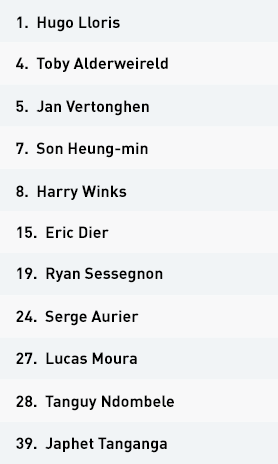 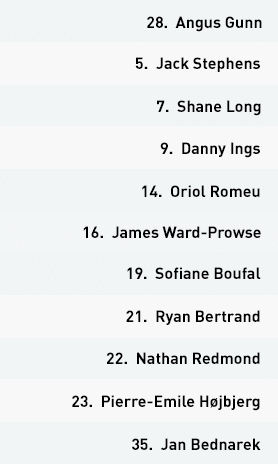 Tottenham were organised by their manager José Mourinho into a 3-5-2 formation, in which Tanguy Ndombele, Eric Dier and Harry Winks featured in central midfield in a significant change of shape from that witnessed when they defeated Manchester City. Against visitors who remained in a 4-4-2 while they both defended and attacked they initially struggled to dictate play.

The unfamiliar front two of Son Heung-min and Lucas Moura were therefore often isolated, and not least because of how far Spurs' midfielders remained behind them. They instead threatened via their movement, in combination with the relevant wing-back, as they sought spaces to play through – as was demonstrated when Ryan Sessegnon's helped create their opening goal.

Spurs often had a three-on-two overload in central positions when they had possession, so Southampton's Danny Ings or Shane Long withdrew to occupy the deepest of their three central midfielders while the other closed down the in-possession central defender. It was this tactical awareness – Southampton's four-strong midfield could then focus on Spurs' two wing-backs and remaining central midfielders – that contributed to Spurs' inability to break lines, and to create goalscoring chances, throughout the first half. Even on the occasions they found the feet of Moura and Son, they too rarely offered them the support they needed to truly threaten.


It required them instead adopting a 4-2-3-1, during the second half, before that improved; Son was repositioned on the left of that attack, Dele Alli was introduced as a substitute and played as their central attacking midfielder, and fellow substitute Gedson Fernandes was used from the right, in support of Moura. Through Serge Aurier advancing from defence, and Fernandes drifting into a more central position, their shape also often became the 3-2-4-1 Mourinho has largely favoured since his appointment.

Those increased numbers in the attacking half meant greater options and support when Spurs attacked, and therefore Southampton's defenders getting drawn out of position. Moura withdrew towards possession, and Alli, Son or Fernandes advanced to beyond him; Alli, Fernandes, Winks and Dier also created overloads in central positions that were more difficult for their opponents to negate, and Alli, Fernandes and Moura could therefore be found between the lines.

The potential for them to make penetrative runs contributed to the visitors' defenders being reluctant to move towards them, and therefore a hesitation Mourinho's team was able to take advantage of, as was particularly seen with Moura's positioning in the build-up to their equalising goal. Unlike when they were attacking with a 3-5-2, and were delayed while Aurier and Sessegnon advanced, they were also able to move the ball with speed, and were less reliant on two individuals.

Ralph Hasenhüttl again set Southampton up into a 4-4-2 formation, led by the front two of Danny Ings and Shane Long. Against the 5-3-2 Tottenham defended in – Serge Aurier and Ryan Sessegnon would withdraw from wing-back into defence – they succeeded in controlling large periods of play, particularly during the first half.

Their hosts were passive in possession. The efforts of Lucas Moura and Son Heung-min to negate central midfielders Oriol Romeu and Pierre-Emile Højbjerg were ineffective and, with Sofiane Boufal and Nathan Redmond drifting inside to encourage James Ward-Prowse and Ryan Bertrand to advance from full-back, Southampton were capable of stretching play. They also had success in playing between the lines, and eliminating Spurs' midfield; it was a combination of these approaches that contributed to their first goal.

Spurs' passiveness, amid their visitors circulating possession across their defence to draw their opposing wing-backs or forwards, created space for Romeu and Højbjerg to receive possession, and to attempt to dictate. When during the second half Spurs increasingly prioritised frustrating them, largely through Moura and Son pressing their central defenders to restrict opportunities to feed them, Southampton's off-the-ball movements continued to trouble José Mourinho's team, which partly contributed to Jan Vertonghen being substituted.

If the Belgian underperformed, the biggest reason to substitute him in the 54th minute was Spurs' need to change shape, and them thereafter adopting a 4-2-3-1. They required an increased presence in attacking midfield positions instead of a further defender; Ryan Sessegnon represented a superior option at left-back, and Toby Alderweireld is as comfortable as the left-sided central defender as Japhet Tangana is as the right, particularly amid Serge Aurier being instructed to advance from right-back as he did.

Their change of shape gave Spurs greater control, but Southampton remained adept at playing vertical passes through the lines, using runners on the blindside of those opponents moving towards the ball, and therefore remaining ahead of them. Eric Dier and Harry Winks focused on Redmond and Boufal, and substitute Dele Alli and Moura prioritised Højbjerg and Romeu.