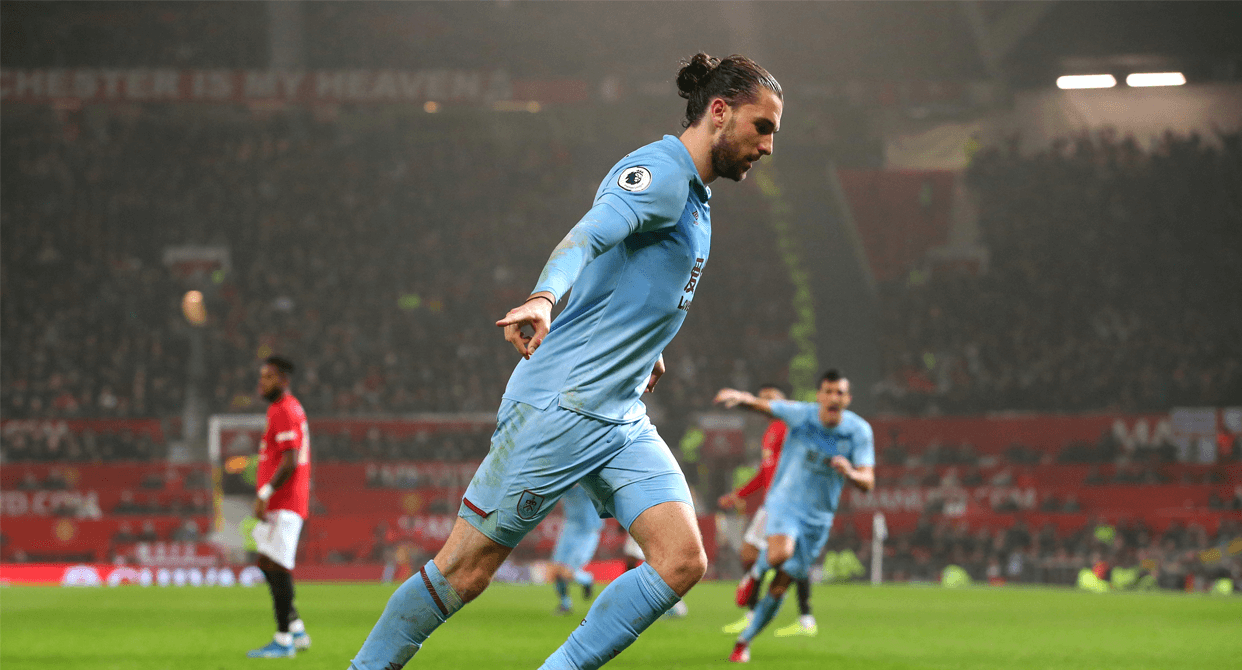 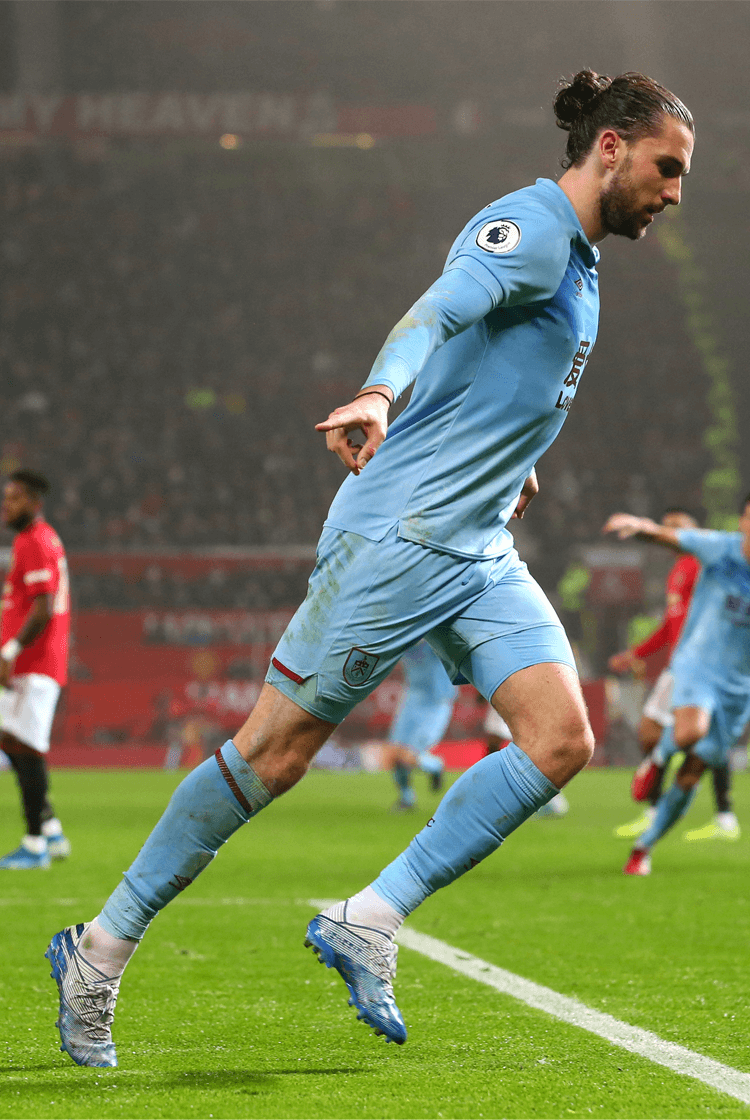 Manchester United were booed off after struggling as Burnley recorded their first ever victory in the Premier League at Old Trafford. Despite largely dominating possession they rarely threatened Sean Dyche's well-organised team, and were unable to stop their visitors scoring with their only two shots on target, from Chris Wood and Jay Rodriguez. With Marcus Rashford expected to miss much of the remainder of the season through injury, their pursuit of qualification for the Champions League is unquestionably at risk. "We hold our hands up, it is not good enough," said their manager Ole Gunnar Solskjaer. "The players are giving everything, they have done absolutely fantastic so far this season but they know it wasn't good enough. The boys looked mentally tired towards the end; we didn't find that creativity. We can't feel sorry for ourselves. When you are at Manchester United you are privileged because you are playing for the best club in the world. Sometimes you go through periods like this and it is a test I am sure they are going to come through." 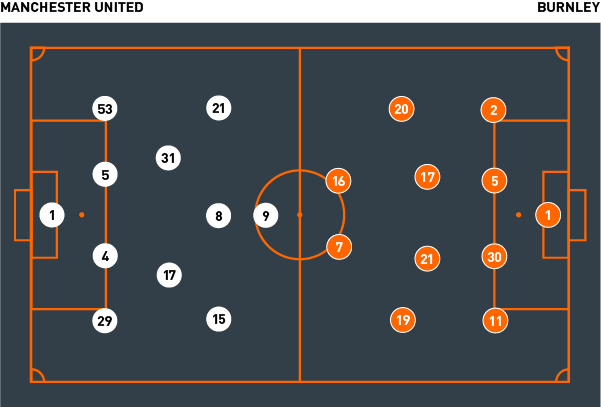 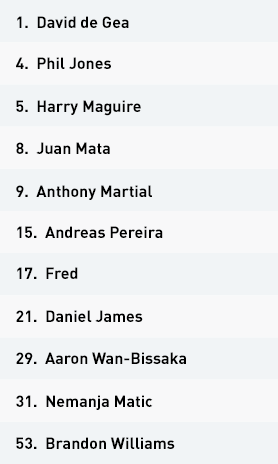 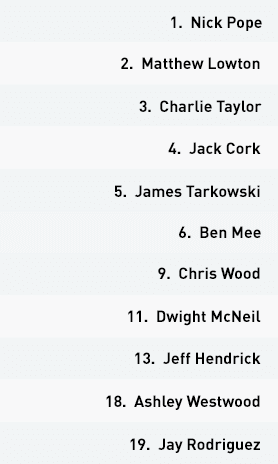 Manchester United were organised by their manager Ole Gunnar Solskjaer into a 4-2-3-1 formation, led as their central attacker by Anthony Martial. Their visitors Burnley defended with a 4-4-2, and were consistently happy for them to have possession.

Sean Dyche initially demanded a high press from his team, which involved the front two of Chris Wood and Jay Rodriguez combining to close down the in-possession central defender and – determined by which represented the greater threat – Nemanja Matic or Fred, or both central defenders if possession was elsewhere. United attempted to draw them further up the pitch to create space for Andreas Pereira, often their free number, and to overcome that press.

Burnley adjusted by then ensuring a central defender withdrew to towards Juan Mata, to prevent him from receiving with both time and space. They also adopted deeper and more compact positions, minimising the spaces between their defence and midfield, ultimately in an attempt to discourage United from attempting to penetrate through central areas and to instead force them out wide.


By using their wide attackers to draw Burnley's full-backs into narrower positions, via diagonal movements towards goal, spaces were created for Aaron Wan-Bissaka and Brandon Willliams, and later Luke Shaw, to advance, but the visitors impressed when defending those wide areas, and denying United when they were pursuing overloads. If there were also occasions when they could play penetrative passes or runs into the spaces between full-back and central defenders, the execution they required was too often absent.

That those defenders were comfortable under aerial passes encouraged United to play low crosses or cut-backs. In the second half Mason Greenwood, Mata and Jesse Lingard were encouraged to adopt narrower positions which, with the width being provided from full-back, invited them to combine more intricately, and to therefore create some goalscoring chances. Mata was often central to those, but the many numbers Burnley had in central areas meant that United had too little space in which to pose a consistent threat.

Burnley consistently had players in a position to pressure around the ball amid those attempted combinations, undermining the quality of those chances. United's frustration contributed to them resorting to shooting from longer distances, but too few of those truly tested the visitors' goalkeeper Nick Pope. If Dyche's team were impressively organised, United were ultimately short of ideas; those they were using rarely brought success.

Burnley retained Sean Dyche's 4-4-2 formation while they were in possession, against what was consistently Manchester United's 4-2-3-1. They prioritised direct passes towards Jay Rodriguez and Chris Wood, who formed their front two, and to that end ensured that their midfielders were positioned close to them so that they could pursue the second balls.

They responded to United attempting to press them high by playing with a quicker tempo, and reducing the numbers competing for the second ball. Central midfielders Jack Cork and Ashley Westwood remained in deeper territory while full-backs Matt Lowton and Charlie Taylor, and wide midfielders Jeff Hendrick and Dwight McNeil, advanced.

The time they had in possession was limited, but also unfolded at a particularly high tempo. They drew fouls while competing for first and second balls, often via their direct play, inviting them to crowd the penalty area with numbers and targeting them with aerial – and mostly diagonal – balls that encouraged them to receive possession while facing goal.

When those second balls were won in United's half they also attempted to play short passes to beat their defence, which struggled to apply an organised press amid the combination of that and Burnley's high tempo, and ultimately led to the visitors combining around them – as was seen with Rodriguez's second-half goal. Crucially, they were clinical when those chances arose, as was demonstrated by the fact that they scored from their only shots on target.