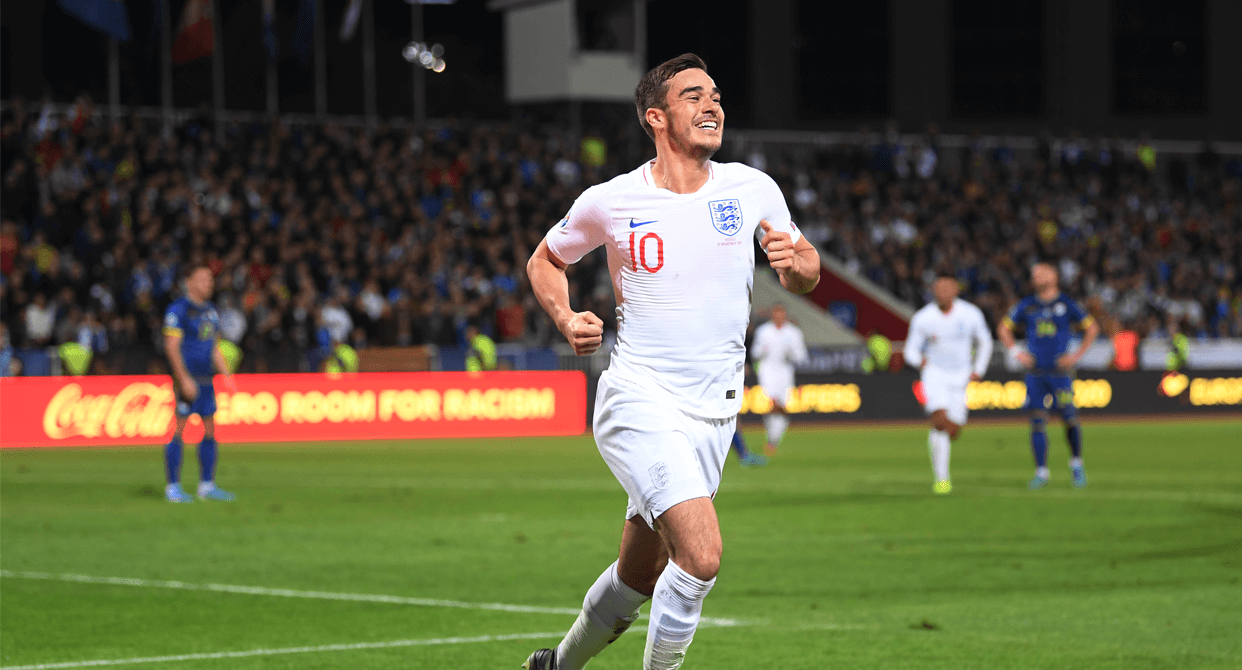 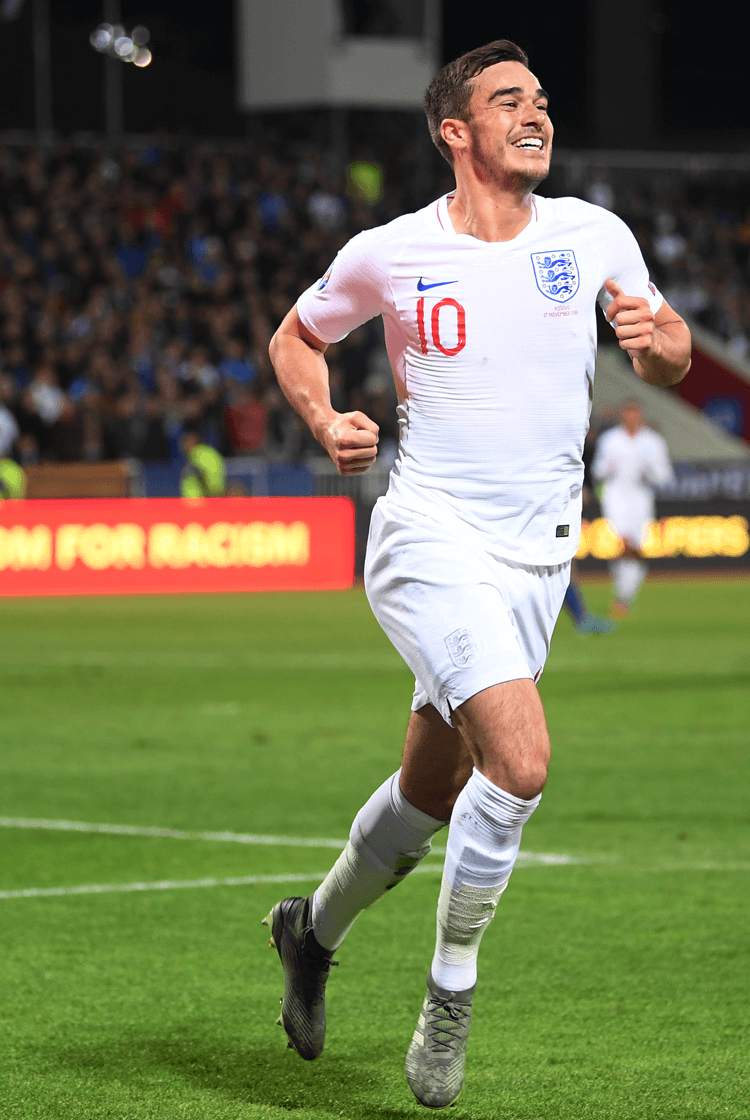 England concluded their qualification campaign for next summer's European Championships with another convincing victory, this time away to Kosovo. Their seventh victory from eight ensured that they will be among the competition's top six seeds, and came despite them occasionally struggling to convince. Qualification was already secured when they eased past Montenegro via a 7-0 scoreline; to that end Gareth Southgate rotated his starting XI, recalling Raheem Sterling, and watched them build only a one-goal lead by half-time, courtesy of Harry Winks. Further finishes during the second half from Harry Kane and substitutes Marcus Rashford and Mason Mount extended the margin of victory, and perhaps demonstrated a level of strength in depth that the manager can take comfort from. 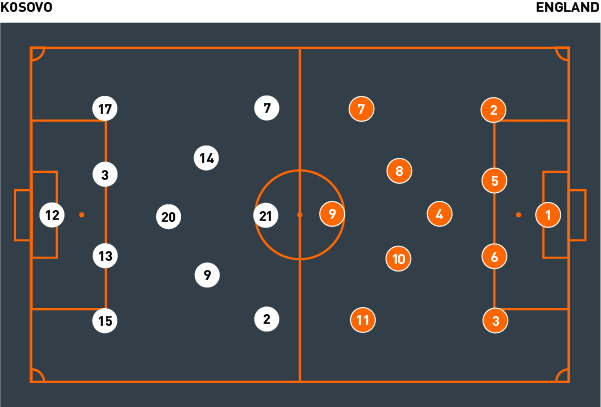 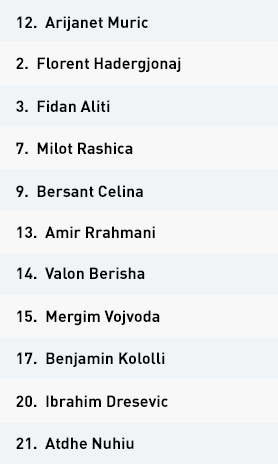 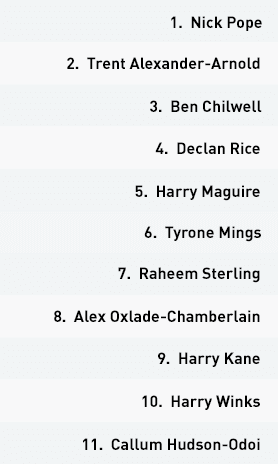 While Kosovo had possession they were organised into a 4-3-3 by their manager Bernard Challandes, against the 4-1-4-1 England defended in, and in which Declan Rice sat in front of their back four. The hosts were invited by England to play in wide areas; when they did, Harry Kane shutting off switches of play acted as the trigger for their attempts to press.

When Kosovo moved wide England responded by limiting the spaces around the ball and those individuals nearby, contributing to the hosts either conceding possession or playing longer passes. They also sought to play to the feet of central attacker Nuhiu, who focused on linking play but often saw those efforts undermined by a lack of support, and forward runners. England also moved with him, forcing him to withdraw, and therefore restricting Kosovo’s potential in the final third.


Beyond that, the hosts were largely restricted to long, diagonal switches of play, usually to Florent Hadergjonaj, who attempted to beat Ben Chilwell one-on-one before crossing into the penalty area; when he succeeded, however, he often delivered too closely to visiting goalkeeper Nick Pope. Gareth Southgate’s team were also largely unconcerned about those switches of play, because the ball remained in front of their defensive line, and they could therefore negate any threat posed by shuffling across to the relevant area; those switches needed to be more penetrative, and complemented with runs in behind, to succeed.

Even with their triggers for a higher press, England largely remained in a mid-block, and content to prevent their opponents from playing through them. That qualification had already been secured meant that they also had little need to play with a high intensity, and not least because they were under minimal threat from one-dimensional opponents.

After they conceded the opening goal Kosovo’s full-backs began to advance, to provide combinations and crosses into the penalty area. Against the aerial presence of Harry Maguire and Tyrone Mings, however, they again had little success.

England retained Gareth Southgate’s favoured 4-3-3 formation while they had possession, this time introducing Declan Rice as the single pivot, and Callum Hudson-Odoi and Raheem Sterling to their front three. They were confronted with opponents fleeting between a 4-1-4-1 and 4-4-2 while they were defending.

Perhaps because they were aware that qualification was already secured, England played with a reduced tempo, and therefore struggled to penetrate Kosovo’s shape during the first half. Their hosts remained compact, and followed individuals moving towards possession, in an attempt to prevent them turning and advancing, therefore often ensuring England’s midfielders received with their backs to goal. Sterling and Hudson-Odoi were therefore encouraged to attack one-on-one, but Harry Kane and the three midfielders often recycled possession in their pursuit of space.

It took a combination of those passes and movements from a third individual for the opportunities they sought to begin to appear, as was seen with the opening goal, scored by Harry Winks, when Kosovo struggled with the blindside movement of that third individual. The hosts responded to that goal by advancing their full-backs, but that created spaces Southgate’s team could then take advantage of, during transitions.

They played forwards early and encouraged runners in wide positions to receive passes around those defending against the counter. By then playing the ball across the penalty area they should have extended their lead, but the lack of a finishing touch undermined their attempts to do so.

Marcus Rashford, Mason Mount and Fikayo Tomoro arrived as substitutes – largely to give them competitive minutes, instead of for tactical purposes – and the increased pace and energy they provided succeeded in breaking Kosovo down. Rashford’s goal demonstrated that, more than any other.

The hosts increasingly struggled to maintain the intensity they required to remain tight to their opposite numbers and to therefore prevent them from turning. The range of angles England’s players could then receive in increased, inviting them to advance possession to a teammate in a more attacking position, and ultimately to their lead being extended.