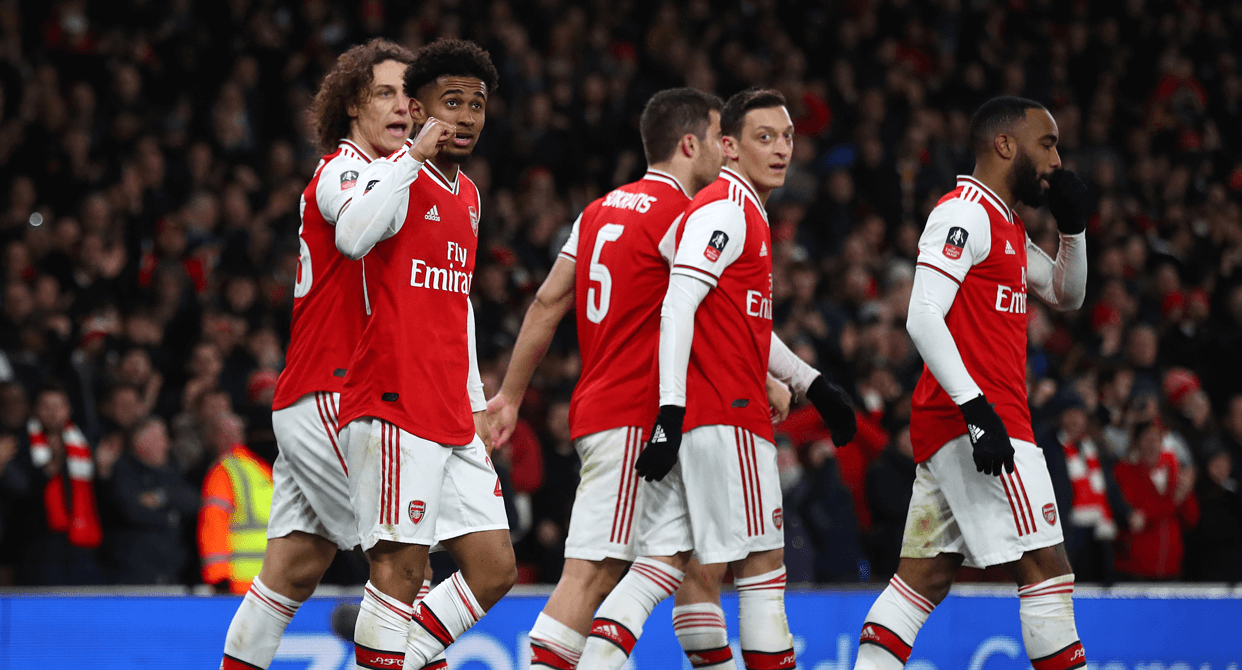 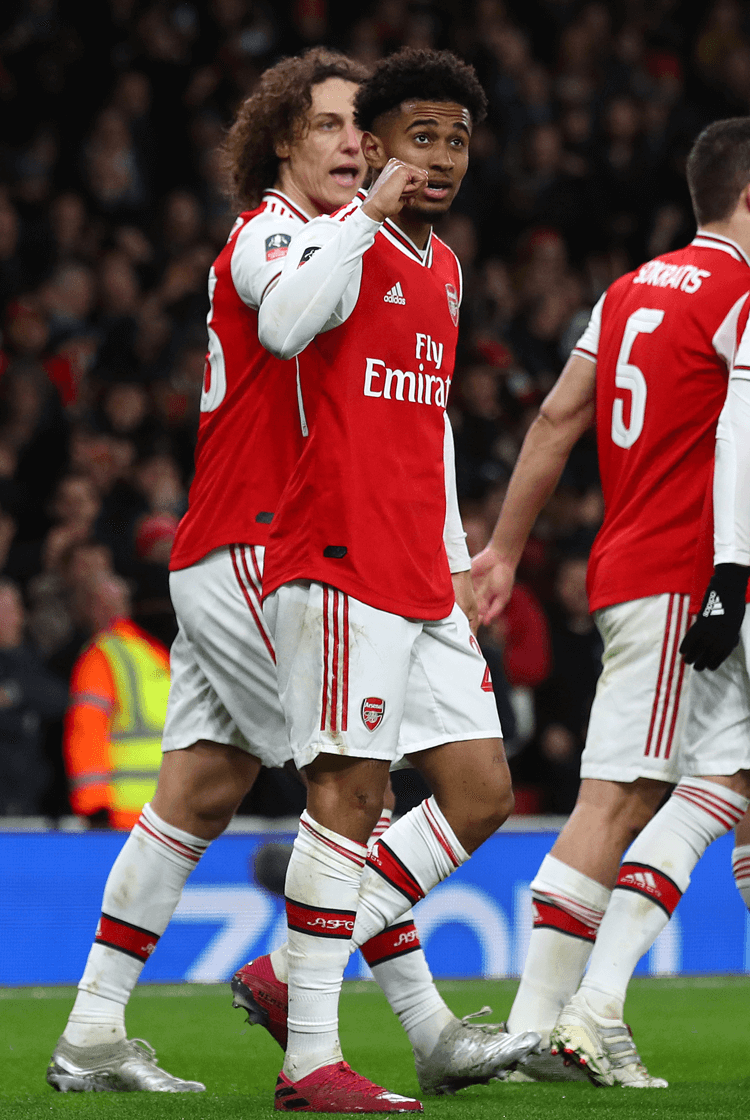 Arsenal recovered from a disappointing first half, in which they were outplayed by Championship visitors Leeds United, to advance to the fourth round of the FA Cup when Reiss Nelson's second-half goal proved enough to overcome Marcelo Bielsa's impressive team. During a difficult opening 45 minutes that provided the latest demonstration of the challenge Mikel Arteta faces, Leeds had 15 attempts on goal that included Patrick Bamford hitting the crossbar. A significantly improved second-half performance was rewarded with Nelson's finish, and perhaps more relevantly, a sense that they are continuing to build momentum under their new manager. "Sometimes they have to experience themselves how tough and how hard it is going to be," the Spaniard said. "I watched a lot of Leeds games and they battered every team every three days. It was good for my players to learn and to suffer on the pitch." The respected Bielsa, so admired by Arteta's mentor Pep Guardiola, said: "In the first half we pressed the opponents' defence more and were able to attack fast. We couldn't do that in the second half." 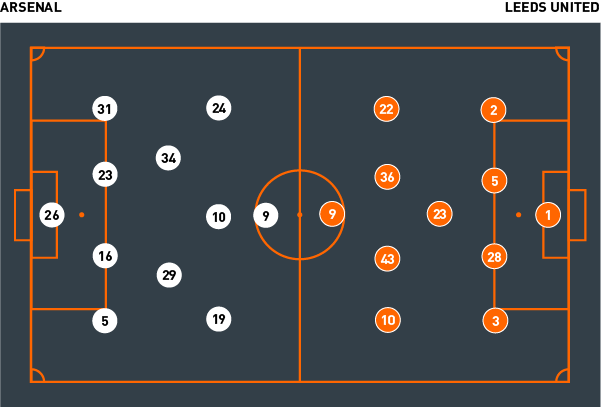 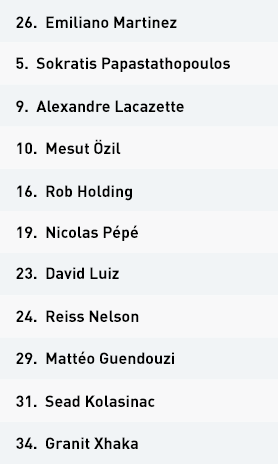 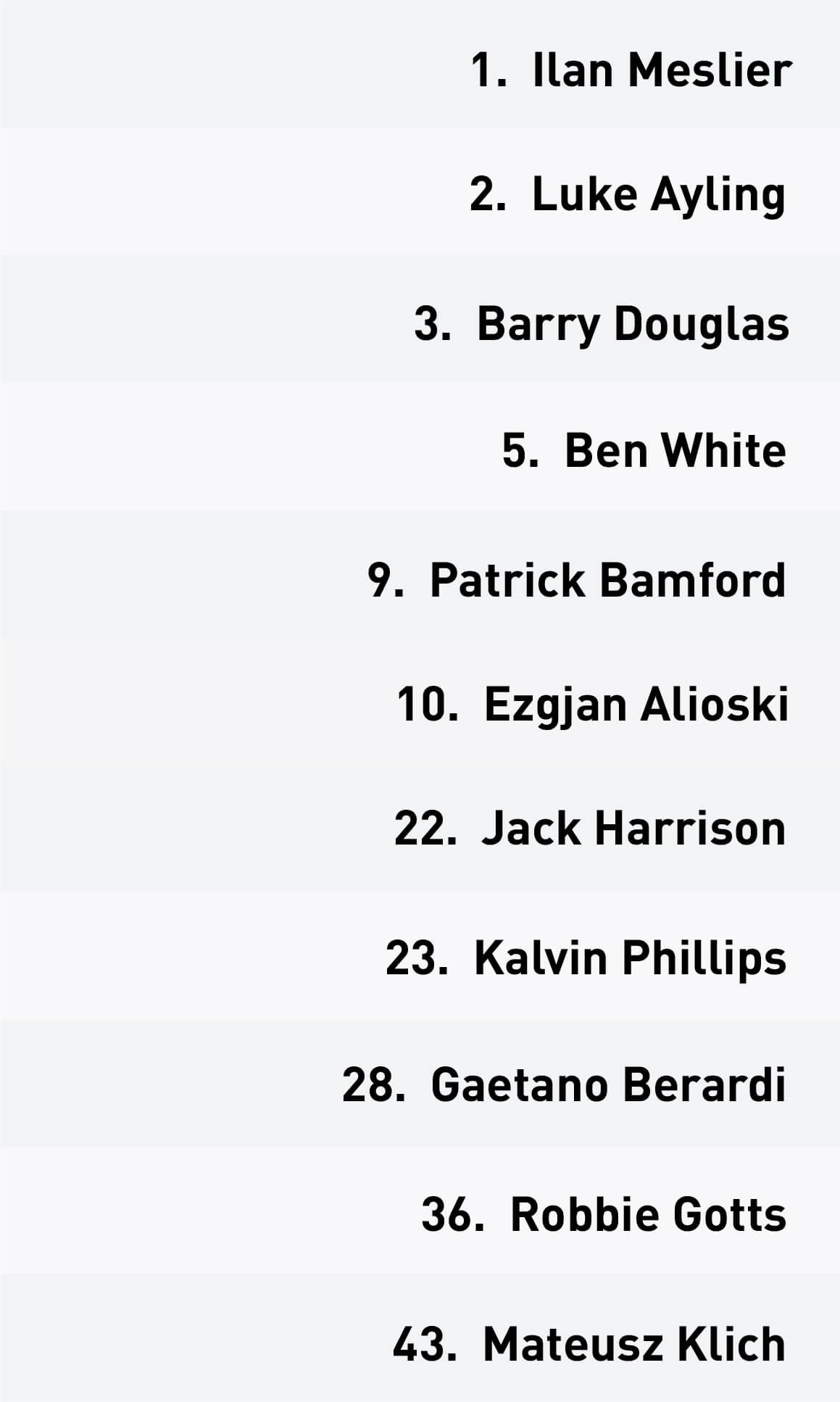 Having just overseen his first victory as Arsenal manager, Mike Arteta retained the 4-2-3-1 formation he has so far favoured, against opponents attempting to apply intense pressure, therefore undermining their ability to establish possession as the Spaniard would have hoped. They initially endured lengthy periods without the ball, during which they converted into a 4-4-2 to defend, via Mesut Özil advancing to join Alexandre Lacazette within a front two.

The width of the visitors' defence, and movement offered by Kalvin Phillips in front of Arsenal's double pivot, contributed to them succeeding in penetrating forwards on almost every occasion that they attempted to. It was towards the first half's conclusion that they adapted their press, through Granit Xhaka moving to adopt Özil's role as an attacking midfielder; Leeds therefore attempted to play beyond their midfield.

Even as Marcelo Bielsa's team also later adopted a mid-block, the hosts struggled to create. The man-marking approach they were confronted with ensured that their free number came in central defence and, combined with a lack of movement over long distances and Leeds defending so impressively one-on-one against a lack of desire and aggression, continued to undermine Arsenal.


Wide attackers Reiss Nelson and Nicolas Pépé, owing to their dribbling abilities, posed their only consistent attacking threat against Leeds' man-marking approach. It was when one of Mattéo Guendouzi or Xhaka moved, to encourage the free central defender to advance and Özil towards the double pivot Leeds had started to adopt, that they were able to more regularly access Lacazette.

It regardless took a significantly different approach to Arsenal's press before their performance improved. Their increased intensity led to regains of possession that largely nullified the patterns of play Leeds had been using to build, forcing them to be more direct.

That increased tempo could also be seen when they were in possession which, complemented by them committing further numbers to attacks, created an attacking threat and led to Ozil having an increased influence amid Leeds' defence becoming distracted by those attacks. It was Bielsa's previously effective man-marking approach that was punished when Arsenal scored. Pépé advanced and drew left-back Barry Douglas and, when that led to Lacazette crossing into the penalty area, Nelson was able to capitalise with the finish they had needed. They perhaps could even have scored a second goal.

Leeds United and their manager Marcelo Bielsa favoured a 4-1-4-1 formation, both when they were with and without possession. Without it, they also applied an aggressive man-marking system that involved Patrick Bamford focusing on both of Arsenal's central defenders by pressing the one in possession, and screening the other.

When the forward advanced he was often supported in doing so by Ezgjan Alioski or Jack Harrison, essentially forcing the hosts to use their goalkeeper as their free number which, amid Leeds' forwards regularly covering his passing lines, prevented the Premier League team from establishing possession and encouraged their visitors to regain it further forward. Direct builds from their own goalkeeper into wider spaces either side of Arsenal's double pivot – drawn into narrower positions by Bamford withdrawing into deeper territory – also negated the hosts' attempts to pressure them, as well as providing a platform on which to build in the attacking half.

Further support from full-backs and wingers – rarely on the same vertical line; one inside and one wide – enhanced their options in the inside channels and, with Arsenal struggling to maintain those same attempts to pressure and Kalvin Phillips so impressively linking defence to midfield, they were able to access the width of the pitch. It was only in the second half, when Arsenal's approach changed significantly, that they began to struggle.

The increased energy and tempo applied by Mikel Arteta's team, and attempts to play towards Alexandre Lacazette and Nicolas Pépé, finally helped them to advance possession; Leeds also began to lose tackles and duels, when in the first half these would have been won. Those two attackers' movements drew defenders and created spaces for runners elsewhere, forcing Phillips to withdraw into defence to provide cover for his less-organised teammates, and significantly at the expense of his ability to link play further forwards. If the attacking structure Bielsa encouraged retained potential, the quality of pass also declined, so it ultimately therefore offered little.