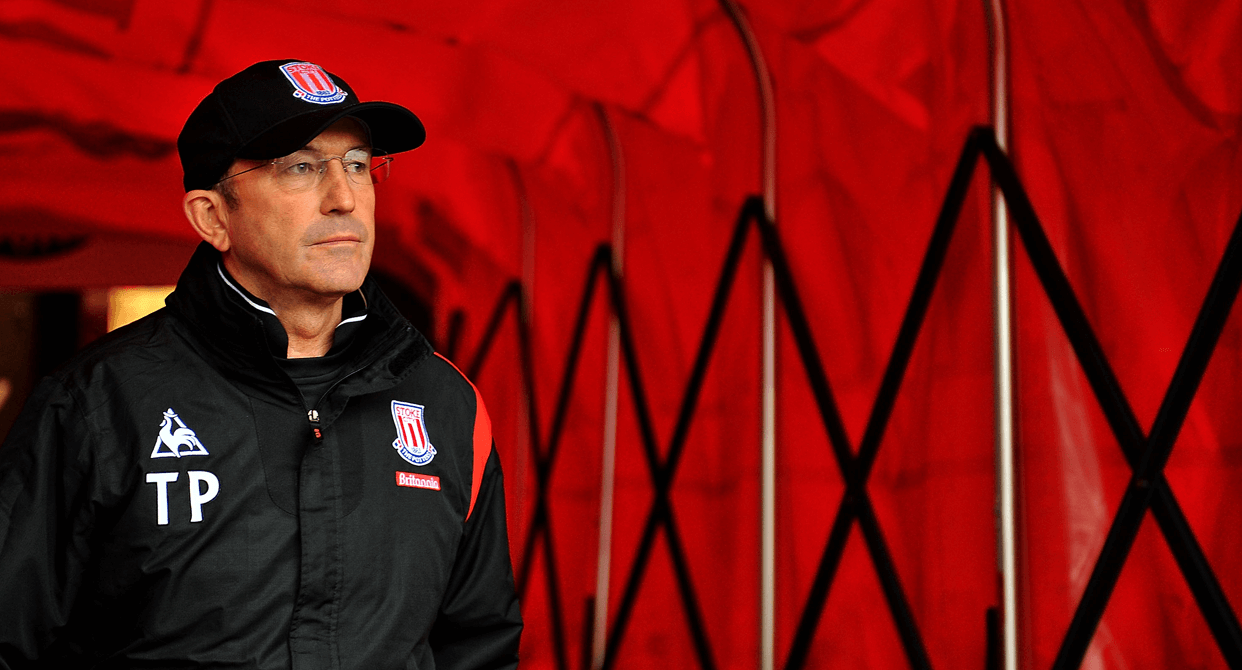 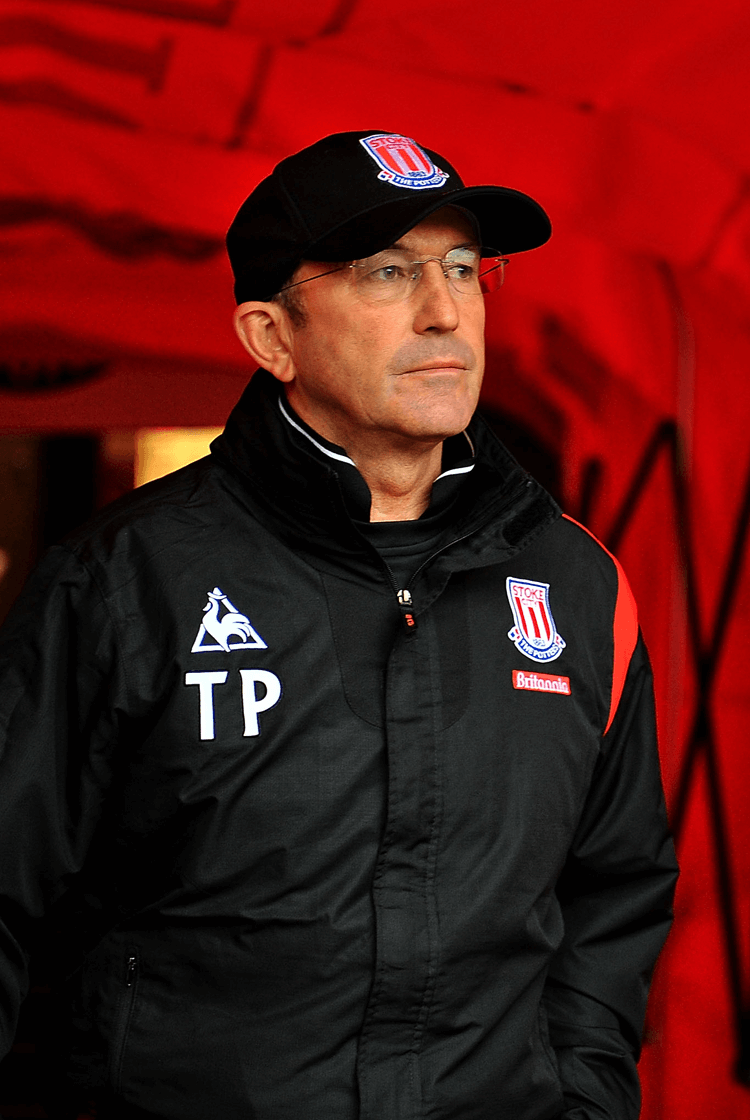 The feeling of elation at gaining promotion to the Premier League with Stoke City was as much a sense of relief for all of our players, staff, supporters and wonderful owners.

The club hadn’t been in the top flight for 23 years. Unfortunately, that day’s 0-0 draw had meant Leicester City slipped into the third tier of English football. It confirmed how great an achievement we had just performed in going in the opposite direction.

We had a wonderful group of players, and goals were spread throughout that team. It had been a wonderful season and, without question, we deserved to be promoted.

I had spent most of my career managing in the lower leagues, so the opportunity to pit my wits against some of the great clubs, managers and players was really exciting – but I knew challenging, too. My management would be tested against clubs that would have an advantage over me in resources – both on and off the pitch – and also an advantage in the experience of managing at the top level.

I never, ever frequent the boardroom after games – I always make a point of seeing the opposing manager and making sure they are shown the same hospitality that would befit board members from the opposing club. That meant that my first chance to share a drink with my chairman Peter Coates and his family was after we had both left the ground, and at a local pub close to where we both lived.

From that point onwards, I worked very hard trying to gauge exactly what was needed to succeed in our new adventure in the Premier League. I made two phone calls – one to Sir Alex Ferguson (below), and one to Steve Coppell.

Sir Alex and Manchester United had just won their second of three successive Premier League titles, and Steve and Reading had just been relegated back to the Championship. They both gave really sound advice.

Sir Alex said it would be very, very difficult. “Whichever way you do it, you have to make your home ground a fortress,” he said. He didn’t think we’d get too many points on the road.

"There were a lot of players I enquired about, but agents weren’t keen for them to go to Stoke – we were the underdogs"

He also said that my quality time should revolve around the team, and not the barrage of media that surrounds the Premier League. Many make the mistake of stepping up first time around and getting too carried away with everything except the most important thing – your team and the result on the Saturday.

Steve (below) made one big point to me: “Manage yourself. It’s imperative, because it’s such a tough, tough league. In the Championship, you’ll have got used to winning most of the time. Now you’re entering a league where you’re going to lose a lot of games, consecutively.”

With Steve’s advice, I sat down and had a look at things. I noticed that you could go five or six games without winning, then win three on the bounce and jump straight back up from the bottom three into mid-table. I grasped that because of what he’d said.

My next task was the ground. I knew we could prepare a team that could run, that wanted to run, and that would be committed to being together. I believed the smallest pitch in the league was Goodison Park, and looked at the dimensions the Premier League had permitted. A small, tight pitch would certainly suit us in our first years in the Premier League.

"Our training ground was made up of second-hand Portakabins, which had been bought from Aston Villa"

I’ve always worked hard on preparing pre-season, both on and off the pitch. Recruitment is everything, and I’ve always understood the difficulties of finding the right players for your club, and the way they have to blend into your methods and with the players already there.

We were lucky in some respects because, to put it mildly, we weren’t seen as a viable option by agents. There were a lot of players I enquired about, but agents weren’t keen for them to go to Stoke – we’d been underdogs to get promoted, let alone to stay in the Premier League.

That made it easier for us, because there wasn’t a lot to pick from. I’ve always favoured players with courage and commitment – good athletes, and good characters. Ryan Shawcross (below, right) was a great example. I needed to put a team together – a family of players who would work and enjoy the challenges ahead, and enjoy each other’s company on and off the pitch.

Our training ground was made up of second-hand Portakabins, which we’d bought from Aston Villa, and which I also believed enhanced the spirit within the dressing room.

"A bookmaker paid out on us getting relegated after one loss"

We started our Premier League campaign with a 3-1 defeat at Bolton. Afterwards the press immediately wrote us off, and a leading bookmaker paid out on us being relegated.

I’d given the lads Sunday off, but on the Monday I got stuck into them. We were not going to be cannon fodder in any league, never mind during our first season in the Premier League.

Then I went after our supporters, the area and its history. I did television, radio – the works. It had been a call to arms – it was Stoke-on-Trent, and we had to stand side by side. The next game, against Villa, was vital.

Martin O’Neill’s Villa were recognised as top-four contenders, and we knew it would be very difficult against them. Mamady Sidibe got the winner in injury time.

"James Beattie was a big personality, in some ways outspoken, but he had brought a confidence and an edge to the team"

During that game, the crowd made the hairs on the back of my neck stand up – it was absolutely fantastic. We had all come together. That 3-2 win gave us hope and belief, which was so important.

Over the coming months, we drew with Liverpool at Anfield and beat Tottenham before going on one of those runs Steve had spoken to me about – and that had meant us dropping down the league. We had been in most games, but had lacked a cutting edge.

During the January transfer window, we managed to acquire Matthew Etherington and James Beattie. Matthew was absolutely fantastic for us, and over a period of time. As a wide player he was a different level from what we’d had – he had tremendous pace and tremendous quality. He could create goals, and score them himself.

If it hadn’t also been for James’ goals, we wouldn’t have stayed up. Beattie’s presence up front gave us the goals we desperately needed.

"The atmosphere in the second half was something to behold"

We had a tremendous dressing room that had been carefully built over two years. Matthew (below) was a quiet lad but clever, and a little tinker around the place. Beattie was a big personality – in some ways, outspoken – but he brought a confidence and an edge to the team, and he led the line fantastically.

One result that stands out was our 1-0 home victory over Mark Hughes’ Manchester City. We had Rory Delap sent off in the first half, which left us to defend a one-goal lead – James had scored from Matthew’s cross just before the break.

The atmosphere in the second half, when we were up against it, was something to behold. Not a single supporter at any time gave anything less than 100 per cent in getting behind the team – as did all 10 of those players in the second half.

After that we started to pick up points, and victories, much more consistently. From being towards the bottom of the table we eventually finished 12th, with 45 points, which was massive. I was never relaxed until we got those points, and the entire time I was learning.

I was nervous ahead of that first season, but it was exciting for me because I’d never done it before. I enjoyed the coaching – putting teams together, putting systems in place and working on different things to prepare for different teams. Competing with big clubs and getting results was rewarding.

I’d also known that getting promoted was the only way I was going to reach the Premier League, which was and is the case for most British coaches. But at the time it was difficult for me to really take stock of it all – when you’re in the swill of it, you’re more concerned with keeping afloat and keeping everything going.

For that second season in the Premier League, 2009/10, I became more obsessive in trying to maintain progress and ensuring that no one took their feet off the pedal. We had to strive and to keep pushing – and I again had wonderful support from the board.

Among those we bought were Tuncay Sanli (below), Robert Huth and Dean Whitehead. Tunny was different to those I’d signed before. Technically, he was fantastic – he was a little bit of a maverick, but he was a fantastic character. He was funny and worked hard. He bought into everything we wanted to do, and mixed so well with the group.

Robert proved to be a great signing – an absolute rock, and I can’t speak highly enough of him. He’s one of the very best signings the club has ever made. His partnership with big Ryan became the bedrock of everything we worked at.

Deano epitomised every aspect of our DNA. He was a good player, with great energy and a desire to win.

We’d brought in three very good players, who had played at the top level, into a good squad. Players with the same attitude, who could run and who wanted to run. We’d added to our team without losing our identity.

Though difficult in stages, that second season was a lot smoother and less dramatic – but that was largely because we got results at crucial points. Ones that kept us moving forward.

"That league finish allowed us to transform the club again"

We had an outstanding win at home against Arsenal and a great win at Spurs, where Harry Redknapp had put a top team together. Glenn Whelan got a great goal. Nobody deserved it more than Glenn, who was one of our cornerstones in that successful season.

That win over Arsenal was in the FA Cup, and four games into a run of 11 without defeat. The 11th was another FA Cup win, against a Manchester City team by then managed by Roberto Mancini. It put us into the quarter finals, where we met Chelsea – who that season won the double.

The 11th-placed league finish we achieved allowed us to transform the club once more. It put us on a different level, financially. Staying in the Premier League for two years gave us a real base.

We were so much more confident thereafter. We reached an FA Cup final, gave the club European football, and had a good run in the Europa League. But without those two seasons being as they were, none of that would have been possible.