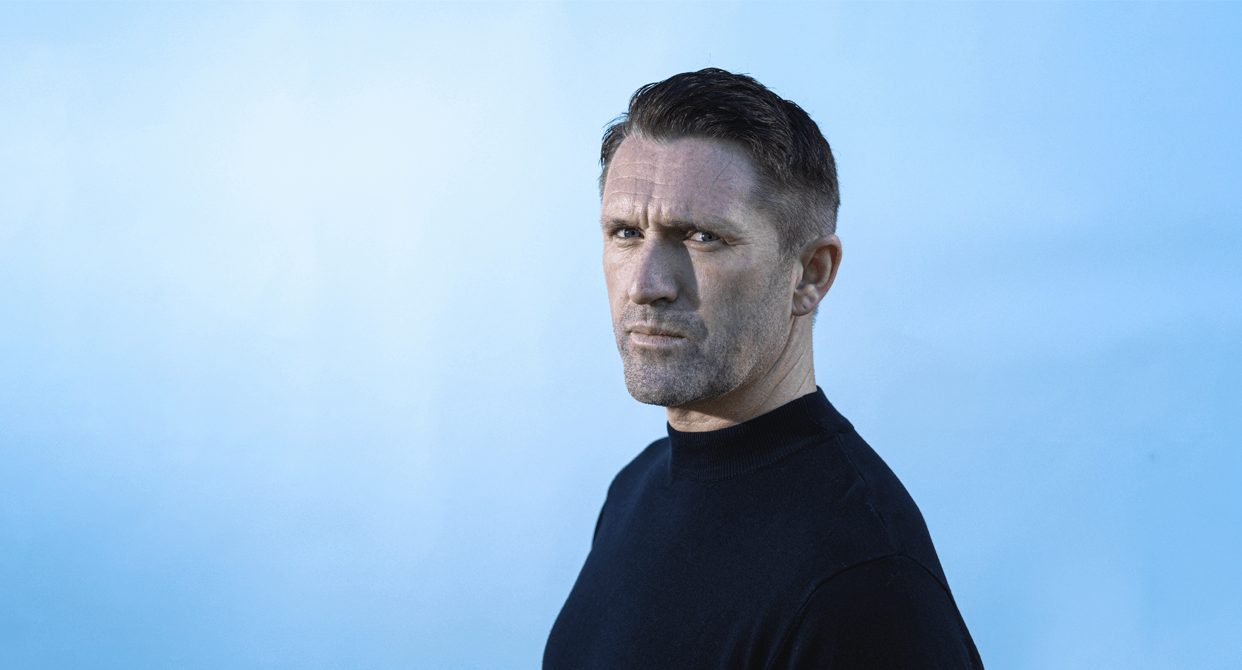 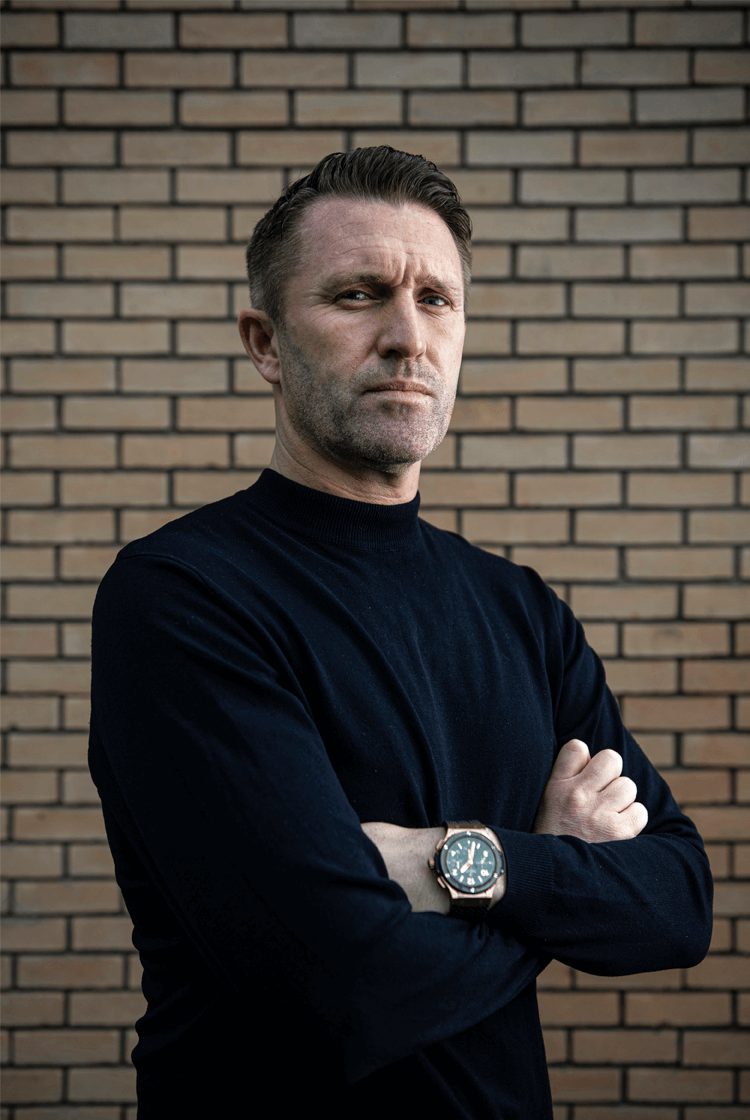 That’s the reason I played for Ireland for so long.

It’s pretty simple. I loved watching players in the green jersey growing up, and when I put it on, it just fit. It always felt right.

That didn’t change from my debut in 1998 through to my final appearance in 2016; 146 caps, 68 goals and three major tournaments later.

Growing up, I saw what tournament football can do for a country. The 1990 and 1994 World Cups brought the whole country together when times were tough for a lot of people. You see what it means to everyone.

People said when I moved to LA Galaxy in 2011 that my international career would suffer; that my age and the travelling would be too much.

Those people didn’t know me at all – 2011 and 2013 were my best years for Ireland in terms of goals, with eight in each year.

The distance was never going to stop me playing for Ireland.

In October 2015, we had a crucial Euro 2016 qualifier against Germany – the reigning world champions, who were top of our group. My son, Hudson, was due a few days before the game.

He was born five days before the match. He arrived at 6 o’clock. At 10 o’clock, I was on a flight from LAX to Dublin. We won the game and ended up qualifying for the Euros.

Nothing will ever beat putting that green jersey on. Ever.

Earlier in my career, I’d found it surreal to be playing in a major tournament – the first one I went to was the 2002 World Cup. It had only been seven or eight years before that I was watching the team and pretending to be World Cup teams on the street with my mates. To be living the dream at 21 was amazing.

That group (above) had such an amazing team spirit. The atmosphere was just incredible. Nobody had wanted Roy Keane to leave the camp as he did just before the tournament, but these things happen in football and the players pulled together. That’s what a good team does.

After drawing our first game with Cameroon, we played Germany. We were losing 1-0 and would have been as good as out if we’d lost. Then, in the 92nd minute, Niall Quinn flicked on a long ball and I managed to score (below).

“We had some results that were difficult to take, but seeing the fans get behind us made them a little more bearable”

Honestly – there is no other feeling like what I experienced then.

It’s like something else takes over you. It’s crazy. Even when I watch it back now, the hairs on the back of my neck stand up. It was just an unbelievable feeling that you want more and more of.

It was the only goal Germany conceded before the final – where they lost to Brazil – and it kept us in the competition. It was just such a huge goal.

I was very fortunate to score a lot of goals in my career, but I don’t think I ever quite got that feeling again.

My next tournament, Euro 2012, was a bit different. We just could not have had a tougher group.

We had the best team I’d ever seen play, in Spain; we had an Italy team at something like their peak; and on top of that we had a very good Croatia side.

When we played Spain, it felt like they had 20 players on the pitch – and 20 world-class players at that! We just couldn’t get near them.

We went behind early in our first two games – against Spain and Croatia – and it was very difficult to recover from there.

“You can be bitter that you aren’t playing as much, or you can use your experience to help the younger players”

At Euro 2016, the group we got was almost as difficult: Italy again, an amazing Belgium team and Sweden. But quality and team spirit helped us through.

That Italy team was ageing a little, but that should take nothing away from our 1-0 win over them. That was really special. We were just unfortunate to meet France, who were nearing their peak, in the second round.

They were two very different tournaments for us. We had some results that were difficult to take, but seeing the fans come together and get behind us made it a little more bearable.

As a player, no matter who you’re playing, if you lose, you hate it. You think you can win every game. It’s in you.

We felt like we’d let the fans down, but they made us feel on top of the world. The togetherness we felt was just unbelievable.

I was still captain at Euro 2016, but at the age of 35 my role had changed a little. I’d always been a leader – I’d become Ireland’s youngest captain at 25, under Steve Staunton – but like any player you evolve and gain more and more experience. It all helps.

You can be bitter about the fact that you aren’t playing as much, or you can use your experience to help the younger players. My role was to be the same leader whether I was playing or not.

“At LA Galaxy, I was the link between the dressing room and the management. Every team needs that”

If that was encouraging players, keeping them going, keeping team spirit up, talking to the players who weren’t playing – whatever the job – I was happy to help however I could.

I just love the game. I love watching it. I love helping other out. Whether that’s on or off the pitch, I really enjoy it.

I’d already started talking about doing my coaching badges at Tottenham with Michael Dawson and Ledley King, when I was about 28. I was already thinking about coaching back then.

When I was at LA Galaxy, I had plenty of conversations with Bruce Arena, the manager (below), about what I thought we could do better. I would never disrespect him or try and take control, but I’d offer my opinion where I thought it would help. He even once said I “should be player-manager” of the team because of the little tweaks or changes I suggested.

I was also the link for him between the dressing room and the management. Every team has that, and needs it. Jordan Henderson will do that at Liverpool for Jürgen Klopp.

It wasn’t official or anything, but it’s an important job. You don’t want to burden the manager with everything – that will waste his time. If a player is going through something, it helps to have a senior player who can give them a hand where they need it, without adding to the manager’s workload.

I lost my dad when I was young – back in 2003 – and had help from senior players at Tottenham. I’ve tried to use that experience to help younger players when they are dealing with off-field issues.

There was an element of trust between Bruce and me. He could see I was the kind of character who wanted to help out.

I kept coming back from LA during the off-season, to carry on with my badges; doing a few weeks here and there wherever I could to gain my B Licence and then A Licence. Hours and hours of work that really added up.

I also started watching my coaches more closely, taking notes and learning all the time.

Even so, my first job in coaching still came as a surprise.

I’d moved to India to experience something new – something I did when I moved to LA, and something I always encourage young players to do – as a player under Teddy Sheringham, who I had played with at the start of my time at Spurs.

Unfortunately, Teddy got sacked, and so did his replacement, a guy called Ashley Westwood. All of a sudden, I was appointed player-manager.

I had a real challenge in the first week, when the vice-captain was persistently late to gym sessions. So, I made an example of him to set the standard for the rest of the players. I had no difficulty doing that, because doing anything else would have sent the wrong message to the rest of the squad.

I was player-manager for six or seven weeks, and really enjoyed it. I got some really valuable experience as a manager – my first game was against Avram Grant, who had managed me at West Ham, and I ended up scoring the winner!

“On one side, I had Mick’s experience and the international set-up; on the other, I was learning the ropes alongside Woody in the Championship”

It gave me a different perspective on the game and the demands were significant, but I needed to experience that. I was offered the manager’s job for longer, but I knew I wanted to learn as a coach more.

I didn’t want to dive into my first job as a number one. I’m looking at this part of my career with a long-term view. I made sure I had my Pro Licence and then looked at jobs.

I learned so much from him. It was such a great experience to just be able to watch him work: training, press conferences, how he interacted with players.

What you see is what you get with Mick. He’s very honest. He treats everyone the same and shows you respect, whoever you are – kitman or star player. Everyone responds to that.

Just sitting in his company, listening to him talk, his understanding of the game, was an incredible experience for me.

And then, in June 2019, Jonathan Woodgate – who I played with at Leeds and Tottenham – asked me to join as his assistant at Middlesbrough. I was able to do both jobs simultaneously.

Some people might have found it daunting or exhausting, but I absolutely loved it. I loved how much experience I was getting and how much I was learning. Everything had become about learning for me.

“I’m a people person, and I played the game for 25 years, so I know what players want”

On one side, I had Mick’s experience and the international set-up; on the other, I was learning the ropes alongside a new manager in Woody, finding out how a Championship club was run and what the demands were at that level of club football.

It might normally take someone five to seven years to get the experience I got from working two jobs for 18 months.

I loved helping players out, trying to improve really specific parts of their game, fine-tuning their skills.

Even since Mick’s contract with Ireland ran out when Covid hit, and wasn't renewed, and Woody lost his job at Boro, I’ve been making sure I stay in the game by helping out at Shamrock Rovers off my own back.

It’s a good chance to keep ticking over and keep practising while I’m not able to travel any further due to Covid. I’ve got a lot from helping my local team; from helping players regardless of their experience or level.

I’m a people person, and I played the game for 25 years, so I know what players want. I know training sessions that keep players engaged and demand a lot from them. As a player, I demanded a lot from myself – and that’s what I want from players I’m coaching.

I’ve taken bits from everyone I played under. With Ireland, as well as Mick, I learned plenty from Giovanni Trapattoni’s very, very simple and defensively sound set-up that was so effective for us – there was a time when we went four years unbeaten away from home. I learned from Martin O’Neill, too, even if I wasn’t with him for as long.

But I know I have to be myself as a coach.

I’ve got plenty of experience as a leader. I just want to keep on learning to become the best coach I can be – and then see where that takes me.