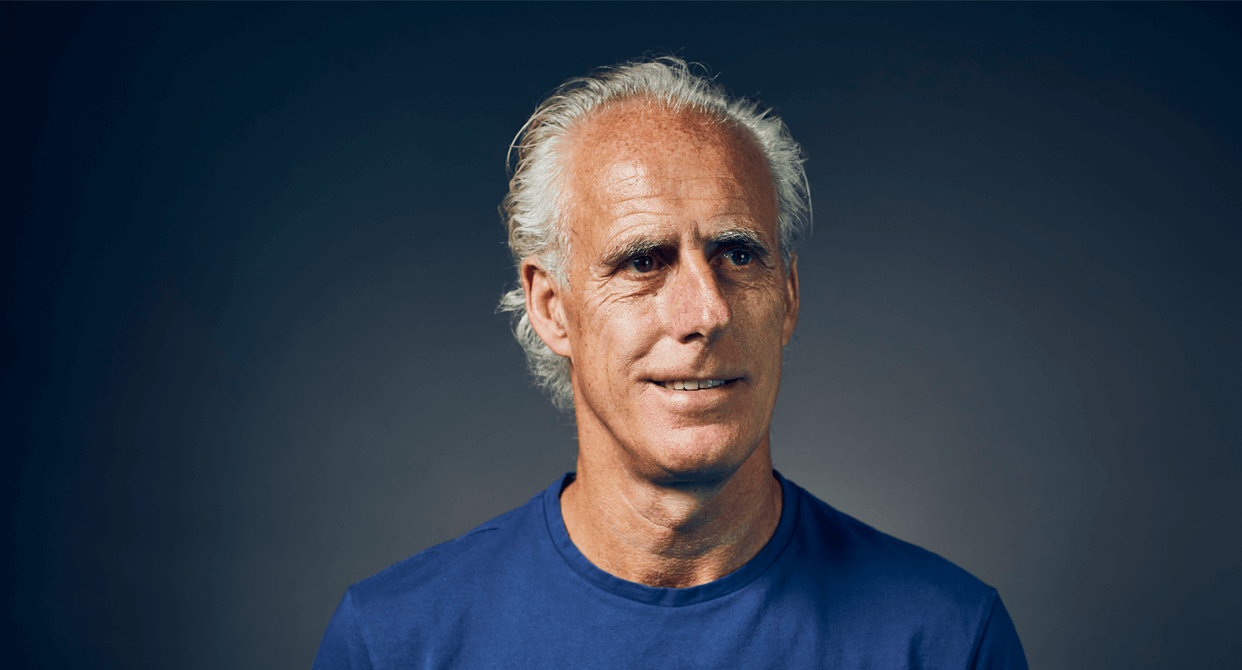 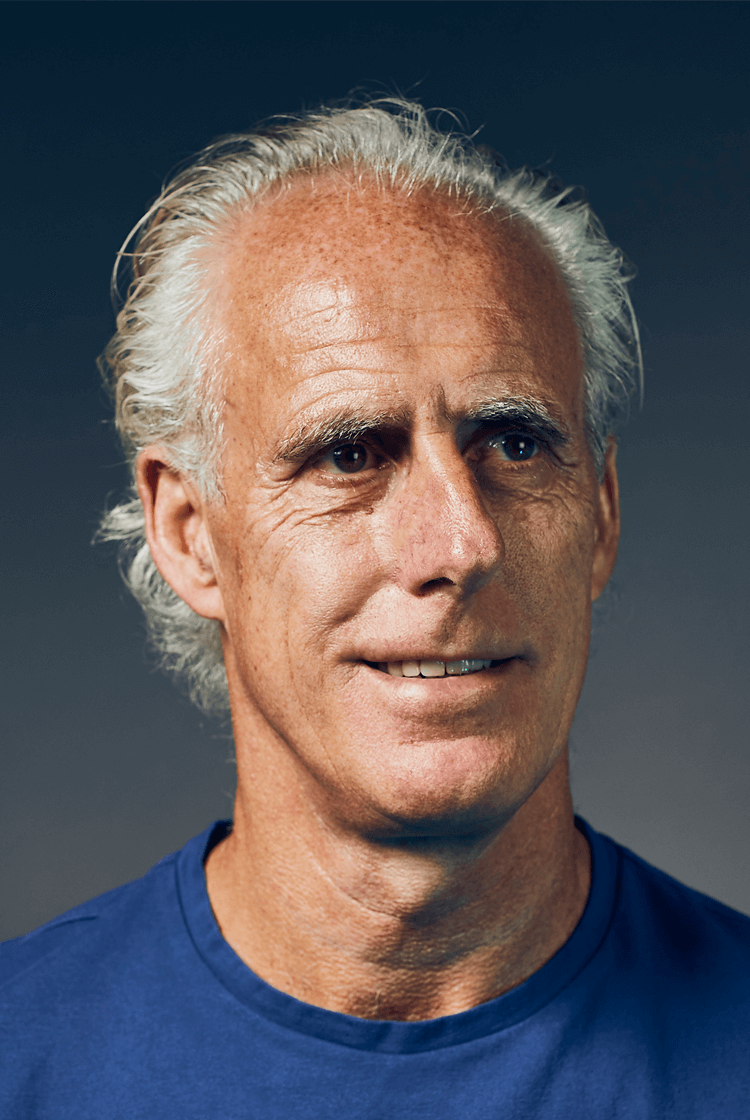 We’d narrowly missed out on France ’98 and Euro 2000 when we were drawn in the same qualifying group as Portugal and Holland for the 2002 World Cup.

I don’t think anybody gave us a chance and, because of those two previous campaigns, I was also under some pressure. People thought we’d get beat away to both, and that that would be the end of me.

But we’d been playing well, and improving. After going out to Turkey before Euro 2000, a few of the lads retired – but with the new ones who came in we had a really bright, young squad, and you could see that they were gelling and progressing. In training, Shay Given would make outrageous saves that would make you stop; Robbie Keane would do things that would have the lads applauding.

It was a really tough draw, but you’ve just got to get on with it. My view’s always been that, if somebody poses you a challenge, you’ve got to go and confront it.

Before that qualification campaign started we went to America – to Chicago, Boston and New York – and that was the catalyst for what was to follow. We drew with Mexico and America, and beat South Africa, and we had a great time.

The whole trip was brilliant, like being away with a club side. The lads said how much they enjoyed it, and off the back of it we went into those qualifiers full of confidence.

We were starting away to Holland in Amsterdam. If that wasn’t tough enough, we’d had two players arrested while under the influence when we were supposed to be preparing, so I sent them home.

"Portugal at Lansdowne Road was Roy Keane’s type of game"

Richard Dunne was another of those young players, and he was brilliant out there. We played really well in a 2-2 draw – goals from Robbie Keane and Jason McAteer had put us 2-0 up, and we probably should have won.

Despite it being a great result, we actually left feeling slightly disappointed. A trip to play the Portugal of Luis Figo and Rui Costa was next, and we fell behind – but a late goal from Matt Holland gave us another point.

We followed that with a comfortable victory over Estonia before we flew to Cyprus. While we were out there, I flew back home to see my dad Charlie. He was dying, but he insisted I flew back out. He died the day after I arrived – and we won 4-0.

We beat Andorra in Barcelona and at home before we were due to host Portugal at Lansdowne Road. That was just the type of game for Roy Keane (above), and he was great, setting the tone very early on with his tackling in a really hard encounter. He even gave us the lead before Figo equalised.

After that 1-1 draw, and another win over Estonia, the most memorable game of that campaign followed at home against Holland. They were a fabulous football team, but the fact they had already booked their accommodation for the World Cup – they were just being professional – worked in my favour, because I used it to motivate the lads.

It was 0-0 at half-time, and they’d had more possession than us, but our pride, team spirit – we had both in abundance – and quality saw us through. Gary Kelly got sent off early in the second half, but Jason McAteer (below) scored in front of the home end. When Holland started bringing on strikers and playing long balls I knew we’d be fine, because we could defend against them. We held out.

After another 4-0 win over Cyprus we drew Iran in the playoffs, which was an intriguing prospect. We went out and did a recce when they played UAE – it was me, Ian 'Taff' Evans, the late Ray Treacy, and Eddie Corcoran – so I knew what it was going to be like out there.

Before kick-off, it was like they were chanting a prayer – it boomed out – and I was in the VIP area when they flashed my picture up on the big screen. It was quite intimidating, and I knew we were in for a tough game.

For the third successive time in the playoffs, we were at home first. This time, Ian Harte and Robbie Keane scored before Shay made saves at two one-on-ones to keep us 2-0 up on what was a tense evening. It wasn’t over.

We also had a tense time in Iran, both training and in the hotel. So much was at stake, and on the night of the game the home fans were let in hours before kick-off. The Azadi Stadium in Tehran had a capacity of 120,000, and the noise as we were driving in – you entered by going underneath the stadium – was incredible.

Taff, my assistant, was brilliant. “Come on, fuck 'em,” he said. “Let’s go upstairs and see them.” So the lads went out and waved. It settled them against the deafening noise.

Our dugout was in the range of frozen bottles of water – I remember walking out to shout instructions, and everything getting pelted at us. The fans were setting fire to newspapers and magazines, creating smoke and flames on the terraces.

"That, in Tehran, was my favourite moment in management"

Iran were good – probably the better team – and we gave a really sloppy goal away in the 92nd minute and lost 1-0. They’d been so hostile, but at the final whistle they were unbelievably congratulatory.

I had to walk up through the fans to give an immediate reaction to qualifying to the television cameras, and they clapped. There was no hostility whatsoever, which was a really nice sentiment.

Me and Taff had hugged on the pitch at the final whistle, and he said: “Fucking brilliant. No one can ever take this off your CV, big man. It’s brilliant.”

He deserved the credit as much as I did. That was my favourite moment in management. The shame is that it was the only game we’d lost during qualifying.

"I wanted to get Duff in the team, so I played him up front"

I’d been to South Korea for the draw for the finals, where we ended up in a group with with Cameroon, Saudi Arabia and Germany – the eventual finalists. We would play Cameroon first.

I’ve never been under more pressure than I was for that first game, because of the build-up to it. What had happened in Saipan was potentially cataclysmic. Cameroon were a good team, and it was so tense. We just had to get something out of it.

By the time that match came about, I also knew we’d be missing out if we didn't have Damien Duff in the side. Kevin Kilbane deserved his place on the left of midfield, but I wanted to get Duffer in the team, so I decided to play him up front.

He was too good a player not to have in the team. He was so comfortable on the ball – talented, blisteringly quick and devastating running at defenders. He relished it, too. He was so laidback, and he was brilliant throughout.

Even without Roy, we had a really solid four in midfield. He had always played, but whenever he did that meant leaving out either Holland or Mark Kinsella – two good players and also leaders. They became our central midfield, between Kilbane and either Kelly or McAteer.

The training sessions we had were absolutely brilliant. The World Cup was starting.

In the opener against Cameroon, we went 1-0 down to a goal from Patrick M’Boma, so at half-time we took the shackles off. In what became a familiar theme, just like in Portugal during qualifying, Matt Holland scored and we recovered to draw. The lads were great.

After that result we had a party with the families back at the hotel – I’ve never understood banning players from seeing their families – which was amazing. It was a relief for us all.

"We would have to come from behind, this time against Spain"

We also went 1-0 down in the next game, against Germany (above), this time to a header from Miroslav Klose. We responded by going 3-4-3 and bringing on Niall Quinn, and in stoppage time it was his flick-on from which Robbie Keane scored. It gained us another point, but we had earned it.

We needed to beat Saudi Arabia to reach the knockouts. Robbie got a great goal early on; Gary Breen, who had been brilliant, added another after a free-kick, and Duffer got the goal he deserved before bowing (below) to the fans when celebrating. We deserved it – it was a good result.

Spain were next, in the last 16. We’d sat together to watch them beat South Africa 3-2 in their previous game. The win gave them three from three; we saw what a good team they were.

The day before we played them, I noticed there were a lot of shirts, balls and memorabilia getting signed, so I had to pull the lads together. “I’m seeing more and more of this – I hope that’s not a sign that you’re all fucking expecting to go home?”

"The reception, when we came back to Dublin, was amazing"

They said: “No, no. We’ve just got a load of gear and want to get it signed.” It gave me a chance to remind them of why we were there, which wasn’t a bad thing.

Spain took the lead when Fernando Morientes scored with a header in the eighth minute. That meant we would have to come from behind again. We recovered fairly quickly, and in the second half Duffer won a penalty, but Iker Casillas saved from Harte. Quinny had come on by then, too, and in the last minute Fernando Hierro fouled him to concede another penalty. This time, Keane scored.

We’d played brilliantly, and thoroughly deserved the equaliser that took us to penalties, but our penalties were piss-poor. We’d taken them at Quinny after every training session – if he saved, you paid him £10, but if you scored three past him he paid you – and had even had a practice shootout in that very same goal the night before.

When we lost the shootout 3-2, I was absolutely devastated. We had deserved to win, and I thought we would win after we equalised. You feel gutted, empty. 'Disappointment' doesn’t do it justice. But that was pretty quickly replaced by the feeling we’d played so well, and had had such a good tournament.

I had to go in and congratulate the lads for playing so well. I couldn’t do anything else.

The reception we got when we came back to Phoenix Park in Dublin was amazing. The park was full – it was an incredible welcome back. Everybody had seen how well we’d done. After everything that had gone on, we’d made everybody proud.

I remember seeing Howard Wilkinson at an LMA event after the tournament, and he asked me if we’d done anything special to make the players so fit.

We hadn’t. We'd worked hard, yes, but what he could see was our desire and team spirit.

The welcome we got everywhere we went in South Korea was wonderful. The fans had been great, and the lads had performed, and made a real impression.

When all was said and done, we’d only got to the last 16 – but we had played brilliantly. The lads deserved that reception.