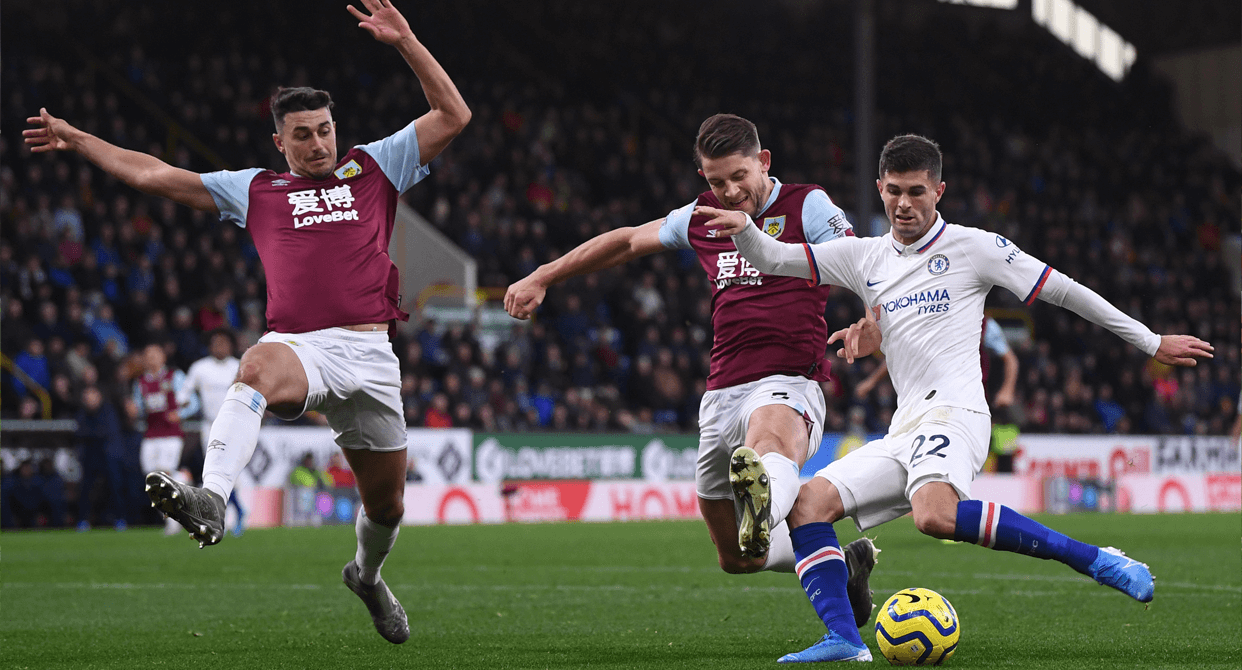 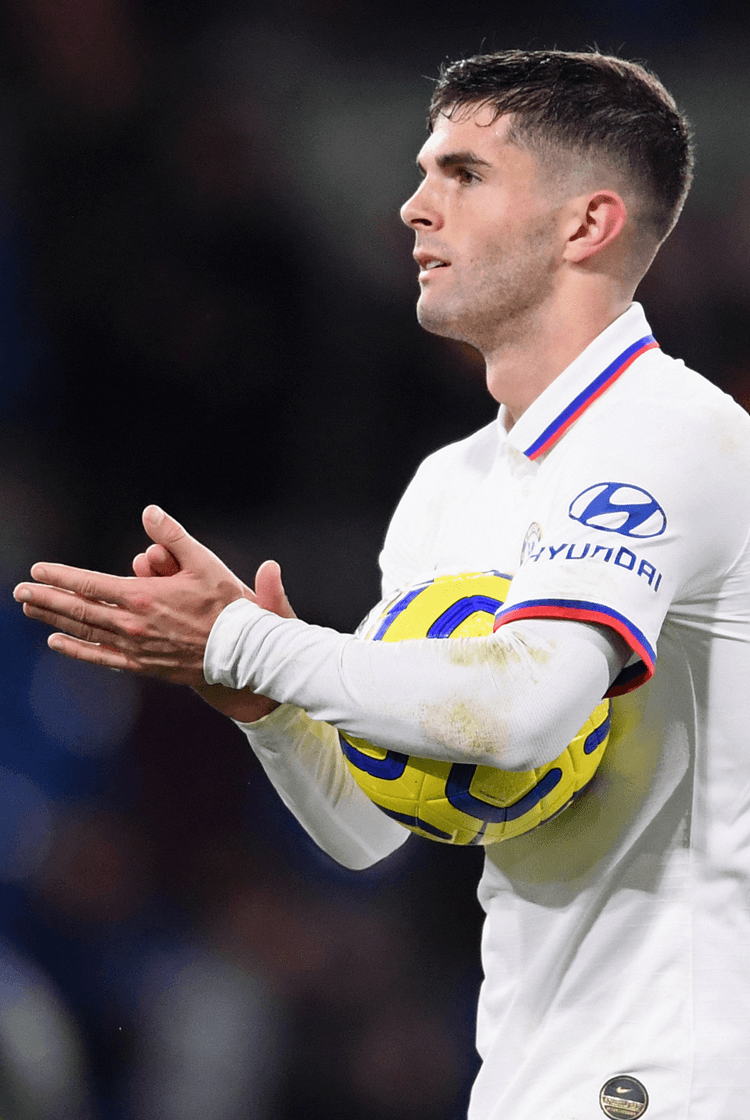 During the most recent round of Premier League fixtures, there was a record-equalling 9-0 victory for Leicester and Brendan Rodgers away at Southampton, on the evening before Christian Pulisic demonstrated why Chelsea spent £58m recruiting him from Borussia Dortmund. To that end, The Coaches' Voice team of professional coaches have revisited the tactical stories that underpinned the weekend's results.

Burnley 2-4 Chelsea
Chelsea recorded a seventh successive victory with a performance that suggested Frank Lampard has as promising a future as their manager as Pulisic does in their attack. Much of the forward's to draw a central defender out of position for Pulisic to then link around the sides of Burnley's 4-4-2 shape.

Burnley attempted to cover the gaps appearing within their defence by squeezing towards possession but Mason Mount, operating as a number 10, provided penetrative runs in central areas, forcing defending right-back Matthew Lowton to adopt a narrower position, and therefore inviting Pulisic to drift inside and attack through the left inside channel (above).

The USA international showed composure to both create and finish. When Mount withdrew to combine with Jorginho and Mateo Kovacic, Marcos Alonso overlapped from left-back and Pulisic moved across between the lines, from where he dribbled effectively and slid passes into more advanced teammates. The variety of his finishing – one goal came with his left foot, one with his right and the third was a header – also impressed.

Southampton 0-9 Leicester
Leicester equalled a record that had stood for 24 years, having been set by Manchester United defeating Ipswich via the same scoreline, with this victory at St Mary's. The game started with Southampton adopting a 5-3-2 defensive shape in an attempt to defend man-for-man against Leicester’s expansive 4-3-3.

They initially persevered with a back five after Ryan Bertrand's early dismissal. But with the visitors looking so dominant, Saints reorganised to create a four-strong defence – which in turn prompted Leicester to move their wingers inside to join Jamie Vardy between the lines, and exploit the spaces within Southampton’s midfield. Direct balls towards the visitors’ attack-minded full-backs were played regularly as they attacked four-on-four, with Ben Chilwell and Ricardo Pereira driving at their opposite number.

The hosts responded to a damaging first half by introducing two more defenders and playing with a higher block, but Leicester wingers Harvey Barnes and Ayoze Pérez capitalised by adopting wider runs (above) as Chilwell and Pereira played more narrowly to support Vardy, with Youri Tielemans adding yet another threat as a late-running number eight. Bigger spaces therefore appeared between Southampton's full-backs and central defenders – which, when combined with the hosts' inept defending against Leicester's relentless attacks, widened the margin of victory.

Manchester City 3-0 Aston Villa
Manchester City were particularly effective on the left in their 3-0 win over Villa, where David Silva regularly found space through the visitors' fear of leaving Tyrone Mings one-on-one with Gabriel Jesus. Defending right-back Frédéric Guilbert therefore also played with less width, inviting Raheem Sterling to receive and dribble from deeper territory or to penetrate in behind whenever David Silva withdrew towards possession (below), and Benjamin Mendy to provide runs as a potential third man.

Jesus occupying Villa's central defenders created overloads on the left, particularly on the occasions Trezeguet was out of position. David Silva regularly found Sterling’s penetrative runs and, with Mendy continuing to support, and adjusting that support based on Sterling's movements, Villa were too often stretched.

Brighton 3-2 Everton
Brighton summer signing Leandro Trossard inspired their victory after his introduction as a 66th-minute substitute. The hosts were organised into a 4-4-2 formation by manager Graham Potter, but attacked asymmetrically and therefore required striker Neal Maupay to provide runs on the left behind Everton's right-back Djibril Sidibé. This came at the expense of his presence inside the penalty area, however.

Trossard's arrival encouraged Maupay to remain central, and his quality in one-on-one situations created goalscoring opportunities. Everton sought to add numbers around Sidibé, but Trossard also delivered accurate crosses from the left (below).

Foraging movements from central midfielder Steven Alzate, who was given increasing freedom, also supported Trossard on the left. Similarly, Davy Pröpper also moved inside from the right.

Alzate's support ultimately prevented Everton from creating an overload against Trossard. The substitute capitalised by being creative in dangerous positions; it was his low cross that led to the winning goal, in the fourth minute of stoppage time.