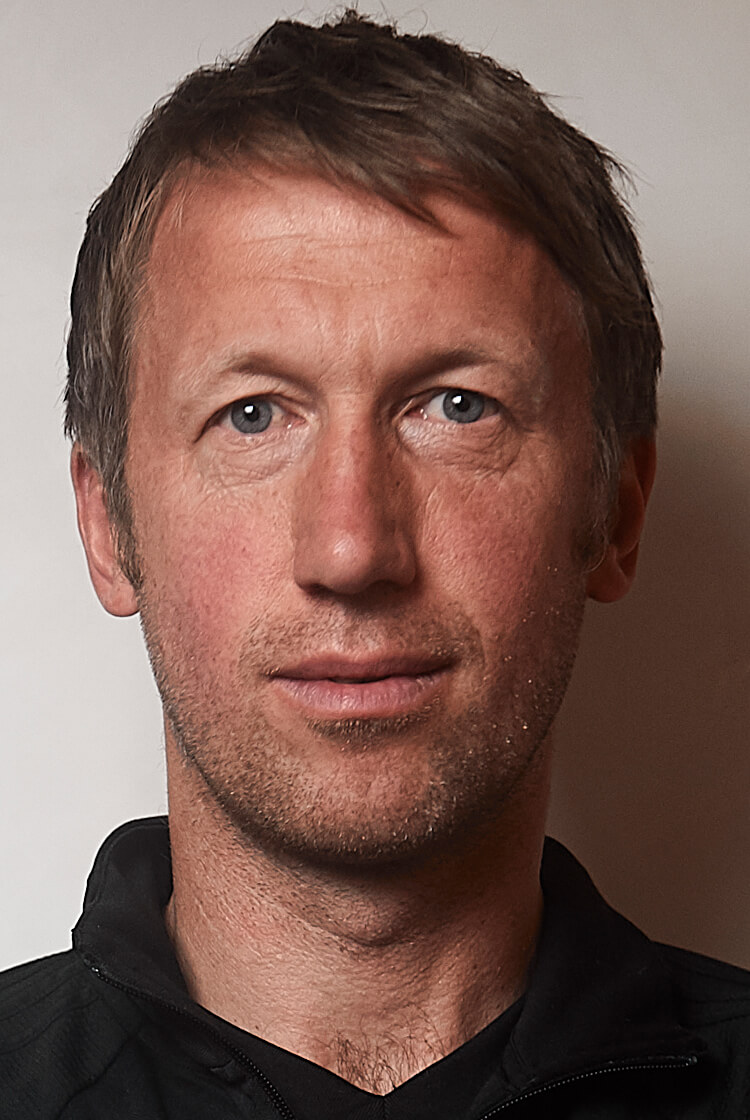 Part of the process

On the pitch, my job was secure. Off it, Sweden’s ‘Winter City’ was home. After almost eight years there, we were very settled as a family.

My eldest son was eight years old. He loved his school. Loved his friends. Loved his life.

So when the time came to tell him we were leaving, he couldn’t understand why Daddy was moving him to south Wales.

As a family, it was probably as traumatic a thing as we’ve done.

When we moved to Sweden in 2010, we were leaving our home but we knew that we’d probably always go back. Now, we were leaving Östersund, a special place that had become our home. You think well, we might not actually come back here. This could be it.

I felt like the job at Östersund was still progressing. There were still things we wanted to do there, like win the league and replicate what we did in the Europa League in the Champions League. It was exciting.

But football is strange. Opportunities come up and things can change very quickly.

Towards the end of the spring season, Swansea became one of those opportunities. The more I heard about it, the more I was interested.

It was a club that had lost its way and, importantly, recognised that was the case. So it was about trying to get the club back on its feet again, and back towards a certain identity and values that resonated with me.

Sometimes you have to convince people of playing styles – but at Swansea the supporters wanted a style they’d had success with before.

They’d had something, lost it, and then appreciated it a bit more.

"Once Swansea were out of the Premier League, they knew there was a need to reset, to start again"

I was working at the University of Hull when Roberto Martinez was managing the club in League One. His assistant, Graeme Jones, is a friend of mine, so I’d often go to watch their training sessions. I followed their career there – the start of the original Swansea way, if you like.

And when Modou Barrow moved from Östersund to Swansea in 2014, I kept an eye on them through him.

It felt like there was a little bit of a connection there. But you still have to think about what the project looks like. And what can it look like in the future?

The club had spent two or three years thinking in the short term, trying to stay in the Premier League. That’s understandable, because the financial implications are so huge.

But once they’d come out of it, they knew there was a need to reset, to start again. That gives you a place to start from, but you only need to look at Sunderland to see it’s not so easy for teams falling out of the Premier League into the Championship.

There’s a lot of mess to deal with: players who maybe don’t see their future in the Championship. Some on Premier League salaries. These things all need working through. At the same time, you have to be competitive in a really challenging league.

I’m not naive. As much as we talked about long-term aspects like philosophy and building, I knew we had to be competitive on the pitch in the short term. We had to balance the two.

Once I knew I was coming to the club, I had a little bit of a look at last season, just to get a feel for things and an understanding of the players. At the same time, you don’t want to judge people on trying to stay in the Premier League.

A couple of weeks earlier, I’d been thinking about Swedish football and how to beat the teams there. Then, in the space of a week, I was trying to get my head around the Championship, watching as many games as possible to find out what the levels were like and what teams were doing.

"There was no real clarity in terms of what we could do in the transfer market, because that was reliant on other things"

We didn’t have much time.

By the time the players came back, we had about four weeks before our first game away at Sheffield United. Four weeks to try and be competitive.

You could sense the concern among the group. I think they’d become used to struggle. Used to losing. Used to things not being very good.

It was important to create an environment that was a bit safer in terms of performance. One that was linked to values and behaviours – how we want to be every day. You can’t guarantee results in football, so it’s how you are every day that’s the most important thing.

That was one of the first key messages I gave them: I haven’t got all the answers. I’m not going to be perfect and I don’t expect you to be either. But if we do make mistakes, we hold our hands up and try to learn what we could have done better.

We knew that while the transfer window was still open, it was pretty much a free-for-all: everybody who could go, there was a possibility we could lose them. And there was no real clarity in terms of our budget or what we could do in the transfer market, because that was reliant on other things.

When everything is so in flux, you have to be adaptable.

As pre-season started to unfold, it became clear there were going to be opportunities for some younger players in the first team.

Right from the start we’d involved as many of the Under-23s within our group as we could, because we knew that movement could happen. We’d had individual conversations with them – as we had with all the players – to get a sense of where they’d been and how they saw their career.

I wanted to understand them as people to determine, can they deal with this?

"Some individuals were there, but you could see they didn’t want to be – their future was elsewhere"

It’s all very well playing in the Under-23s with nobody watching. In the Championship, you’re away at some big teams, some big grounds – and the football can be different in terms of the playing styles. So it was a process of working out what they’re about – both as footballers and as people.

When you’re talking about a player/coach or any sort of client/coach relationship, the more you know about each other, the better. That’s when more trust emerges. More empathy. The whole depth of the relationship increases and you can start to give feedback in a better way.

It makes sense to me to treat players as people as well as footballers. Of course, when they’re on the pitch they’re footballers – but they’re human beings too.

Confidence, stress, fear: all those things can happen on a football pitch.

It’s hard to develop that understanding in four weeks, though. We’re still going through the process now.

During pre-season we went away to Germany and Austria. We needed it. Every minute of that trip was vital.

Well, I say that... we didn’t actually win a game.

You could sense there was a bit of nervousness and frustration. Some individuals were there, but you could see they didn’t want to be – their future was elsewhere.

We needed the games to start. That’s what I felt.

In pre-season, you can say what you want. I’ve been in football a long time and heard people talk positively during pre-season because there’s no real results. When things really start – you have proper games, some defeats or maybe some poor performances – that’s when you can start to build some trust. Because that’s when the players see how you react in those situations. Until then, I think everyone’s a bit wary.

When you come to a new environment, you have to explain that again. Earn that trust again. That’s what we’ve been doing to different levels – to ownership, leadership at the board, staff, players, supporters – to make sure there’s a real transparency about what we’re trying to do and how we’re trying to do it.

It’s part of the process.

"This is it now. No one’s going anywhere. Now it’s about opportunity. Let’s see what we can do"

Our first game of the season was at Bramall Lane. Live on Sky, early on Saturday evening.

If I’m honest, it felt a bit like we were going into the unknown. We were quite fragile from what was not an overly positive pre-season, and there had been movement right up until the last week: players leaving or indicating they were going to leave.

There wasn’t much to enable us to say we were going into the game with any real confidence.

For the first 20 minutes or so, we weathered a bit of a storm. Gradually, we started to grow into the game. When they took the lead in the second half, we brought on Jeff Montero, who had a real influence on the game. With 20 minutes to go, Oli McBurnie scored the equaliser.

As the minutes ticked by, we sensed the need for another technician in the middle of the pitch.

Sometimes you get lucky.

With five minutes to go, we put Yan Dhanda on for his debut. With his first touch, he scored the winning goal.

I suppose that was the start of a process of giving a few players opportunities to start their careers. Which is nice as a coach. It really is.

When the transfer window closed, we could finally look at our group and say: “This is it now. No one’s going anywhere. Now it’s about opportunity. Now it’s about players who want to be here. Let’s see what we can do and how we can improve.”

That was our promise to the players: that we’d try to help. We’re not here to cause anybody problems or to be negative. We want to help. And if everybody does their best, then that’s a good foundation to start with.

You need results too, though. To build belief. To build trust.

Thankfully we got off to an okay start, results-wise. Our performances weren’t always great, but there was a spirit there. There was an attitude that was positive. And that has allowed us to carry on making improvements.

To keep moving towards that long-term picture of how we want to play.

In the meantime, we have to compete. There has to be some qualities within the group about honesty, about humility, about respect. Recognising that the game can kill you at any time.

We have to balance these with those longer-term thoughts. And I think we’ve managed to do that in a fairly good way so far.

I’ll be honest, it has been turbulent at times. And there could still be a few more bumps to come. But we're stable enough to handle those. Everyone knows what we’re working towards now, and how we plan to get there.

It’s a process. And this is just the start.