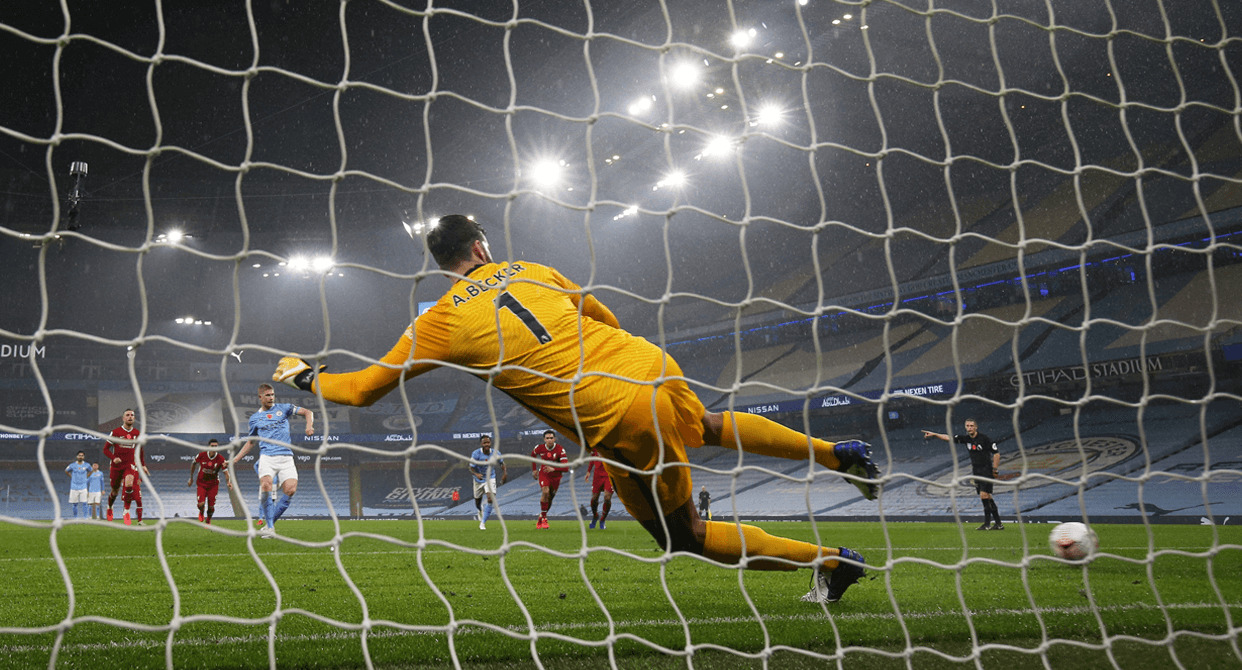 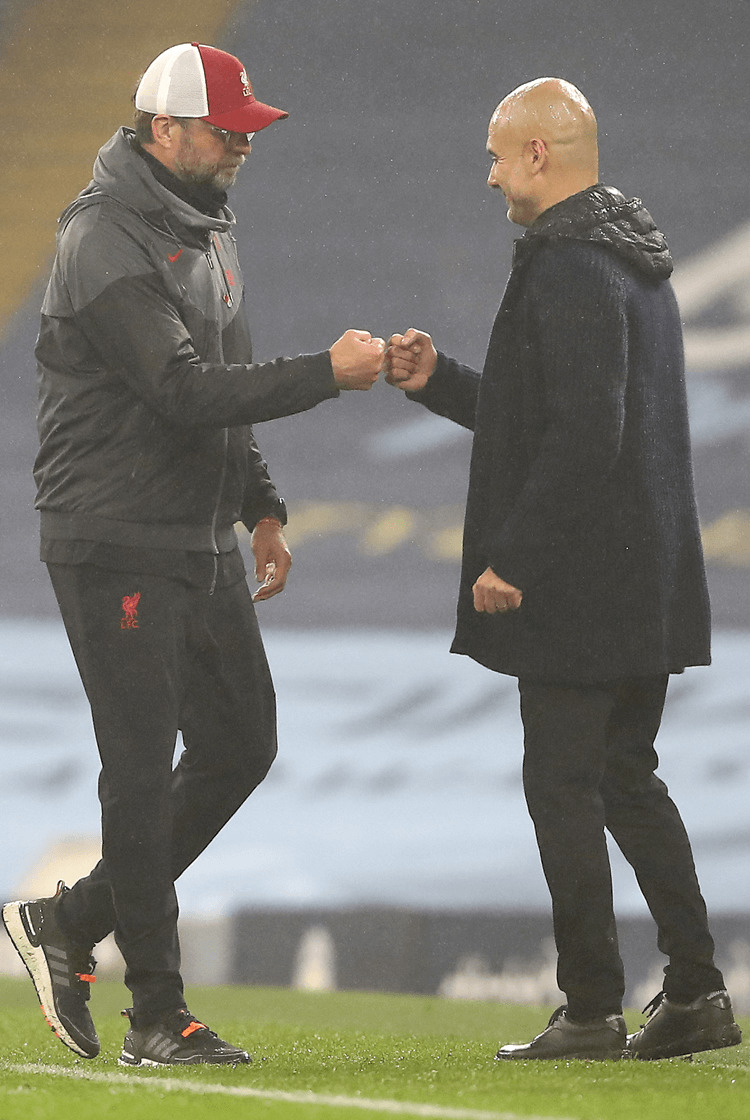 Manchester City and Liverpool drew at the Etihad as the two favourites for the Premier League title earned a point that might have suited both managers. Yet though Pep Guardiola will have been desperate not to lose further ground on Jürgen Klopp's reigning champions after a number of dropped points, he will have been left the more disappointed of the two. Having gone behind to Mo Salah's penalty following a clumsy foul in the on Sadio Mané by Kyle Walker, City scored after a moment of magic from Gabriel Jesus, and then missed a huge chance to go ahead when Kevin De Bruyne sent a spot-kick wide. “The way they played and the way we behaved in response was incredible,” Guardiola said. “I'm so proud of my players. The difference was they got a penalty and we missed a penalty.” “It was an interesting game – a lot of tactical stuff on the pitch,” Klopp said. “Both teams played with an incredible energy level to close the other team down and use the few opportunities. It was a top, top, top game.” 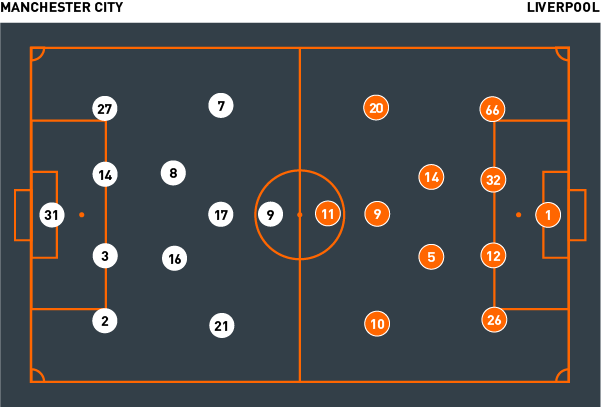 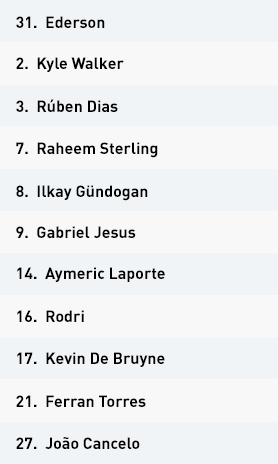 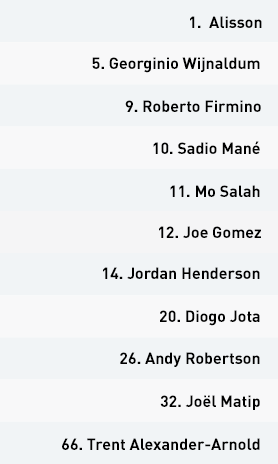 Pep Guardiola set his side up in a 4-2-3-1 formation, while Liverpool dropped back into a 4-4-2 mid-block when defending, with Roberto Firmino up front alongside Mo Salah. Manchester City managed to penetrate through Liverpool most effectively when Rodri drifted across to the inside channel. Salah and Firmino did a good job of blocking passes into central midfield, but when Rodri moved to the side, he dragged Firmino with him – opening a central passing lane for the hosts. Kevin De Bruyne – as their highest central midfielder – also moved wide to stretch Liverpool's midfield, allowing their centre-backs to look for direct passes up front to Gabriel Jesus, who then tried to set the ball to City's forward-facing wingers. However, that didn't work consistently, so City instead tried to build around Liverpool's block, but had little success down the wings.

City's equalising goal came after they momentarily drew Liverpool out of shape as Sadio Mané moved out to press Rúben Dias – until then, that had been Firmino's job. Kyle Walker was freed up, and he attacked the space where Mané had previously done a superb job in protecting Andy Robertson, especially after switches of play from City’s left to right. When Georginio Wijnaldum moved across to Walker, he left De Bruyne, who fed Jesus to smartly turn and finish. Shortly afterwards, De Bruyne missed a chance to put City in front when he put a penalty wide following a handball by Joe Gomez.


City continued to have most success with Rodri moving wide of Liverpool's front two to receive possession, and they looked most dangerous when he was able to find quick passes to their full-backs in high and wide positions. Liverpool's midfield became stretched, and City's wingers also moved centrally, giving closer support to Jesus, who had at times looked isolated. De Bruyne operated between Liverpool's double pivot.

Bernardo Silva's introduction on the right side of midfield to replace Ferran Torres changed City's approach. He played wide, and Walker worked infield. On the other wing, João Cancelo continued to overlap Raheem Sterling, who moved infield to combine with De Bruyne.

Although the tempo was far lower in the second half compared to the first, City continually managed to progress around the visitors' narrow midfield, with Rodri again key. However, they consistently lacked support for Jesus in advanced areas, and Liverpool’s compact defensive block resisted as City were unable to produce further chances of note.

Jürgen Klopp set Liverpool up in a 4-2-3-1 formation, with an attack-minded front four of Sadio Mané, Roberto Firmino, Diogo Jota and Mo Salah. They encountered Manchester City in an out-of-possession 4-4-2 mid-block.

As they settled into longer periods of possession, Liverpool's left side offered more rotation than their right. Georginio Wijnaldum moved into a false full-back position, with Andy Robertson pushing forwards and Mané moving infield to test Kyle Walker. On the right, Trent Alexander-Arnold did not overlap as much, and instead looked to put crosses in from deeper positions; Jota also moved infield. With Mané and Jota narrow, Liverpool often had four attackers pushed up against City's back four. Mané moving infield led to him winning the penalty from which Salah put the visitors ahead.


Liverpool dealt well with City's intermittent high press, with Firmino and Jota key in dropping into positions that offered an out-ball for their defenders. City's wingers pushed high to their full-backs, denying Liverpool a route out through Alexander-Arnold or Robertson, and Kevin De Bruyne and Gabriel Jesus blocked passes into central midfield. Firmino and Jota then looked to receive passes on the outside of City's double pivot. When that pass found its target, Liverpool's full-backs overlapped, and Mané and Salah moved centrally to attack any deliveries from wide areas.

However, Liverpool struggled to find players between the lines and therefore found it difficult to break beyond City's defence, ensuring chances were hard to come by. Even when they played more direct balls, they rarely won the battle for the second ball; Rodri and Ilkay Gündogan superbly covered the space in front of City's defence.