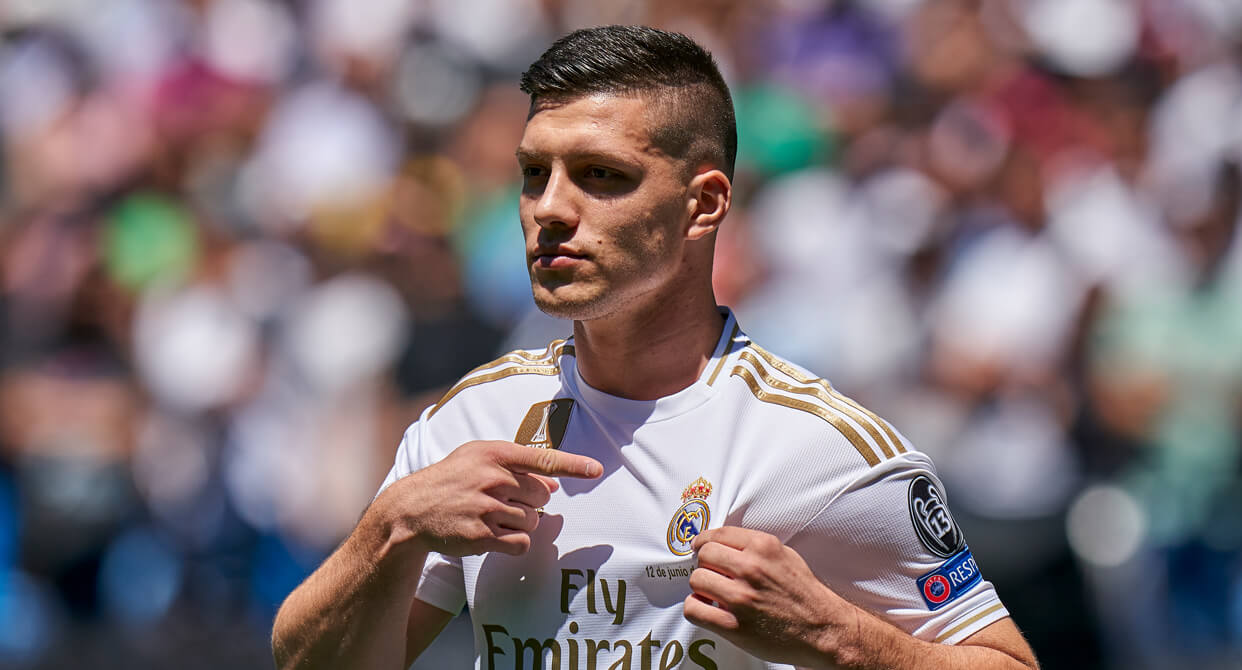 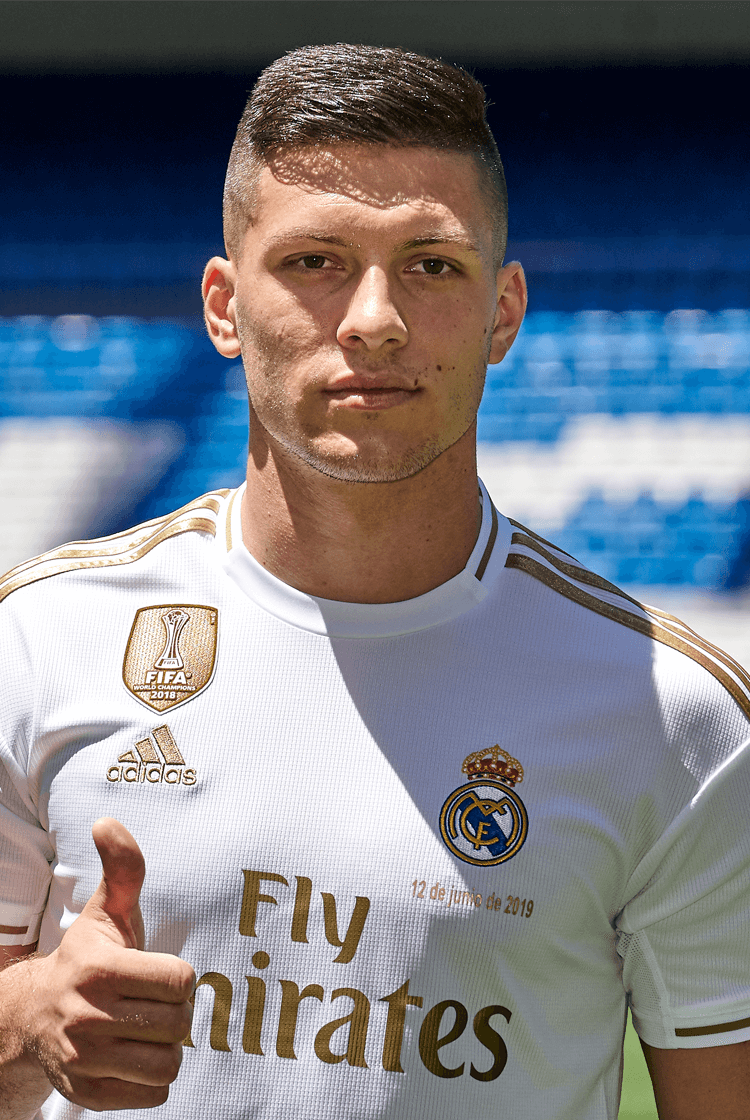 Profile
Luka Jovic made his first-team debut for Red Star Belgrade aged just 16 years and 156 days in May 2014. A goal only two minutes into that game against Vojvodina earned him the honour of becoming the club’s youngest ever scorer, breaking a record then held by Dejan Stankovic. Awarded the number nine shirt the following season, he duly became the youngest player to appear in the Eternal derby against rivals Partizan Belgrade – a club he had previously turned down.

Jovic scored 12 league goals for Red Star before moving to Benfica in February 2016 – but he made only two league appearances before joining Eintracht Frankfurt, initially on loan, in June 2017. There he became the youngest ever player to score five goals – three with his left foot, one with his right and one with his head – in a Bundesliga fixture, when they defeated Fortuna Düsseldorf 7-1 in October last year. His fine form also led to a call-up to the Serbian squad for the 2018 World Cup, where he featured against Brazil. He has since scored his first goals in international football – in a 1-1 friendly draw against Germany and in a 4-1 win over Lithuania in Euro 2020 qualifying.

Tactical analysis
Jovic offers a versatile attacking threat; he can play as a lone striker or as one of a two or even three-strong attack. His ability to take goalscoring chances (above) is perhaps his finest attribute; he is clinical with both feet, strong in the air and fast enough to threaten with direct runs in behind.

That versatility also helps to create goalscoring chances such as the one taken by Martin Hinteregger in a home win against Nurnberg in March (below). Jovic has the instinct to anticipate deflections or the spin of a loose ball, and the desire to take advantage of defensive errors. He is also particularly strong when dribbling and capable of outmuscling significantly bigger defenders.

The 21-year-old (he doesn’t turn 22 until December) has a fine change of direction; through the timing of his movement, he can draw opponents into challenges before accelerating away (below). Should a defender then prove a match over short distances, his power makes him difficult to dispossess – and his link-up play is also improving, meaning he can now often be seen assisting the assist.

That said, Jovic could still improve when he has his back to goal (bottom) and a defender is aggressively pressing from behind. If he has the strength to protect and hold, he loses his sharpness when trying to turn and is too easily dispossessed, limiting his influence during moments of transition.

Real are still looking to replace Ronaldo’s goals, a year on from his departure for Juventus, and at a time when main rivals Barcelona are recruiting from a position of strength with the arrival of Frenkie de Jong.

Unless Zidane chooses to start with two strikers, Jovic is unlikely to instantly take Benzema’s role, not least because of the Frenchman’s superior ability to protect possession and link play during attacking transitions.

It is also relevant that Real, largely through Luka Modric, Toni Kroos and eventually Dani Ceballos, are expected to attempt to dominate possession. With this in mind, Jovic could offer a significant threat as an impact substitute against tiring defences – with the classy Hazard in close proximity, Jovic’s lethal finishing could yet see him make a proper mark for Real this season, whether as a regular starter or not.