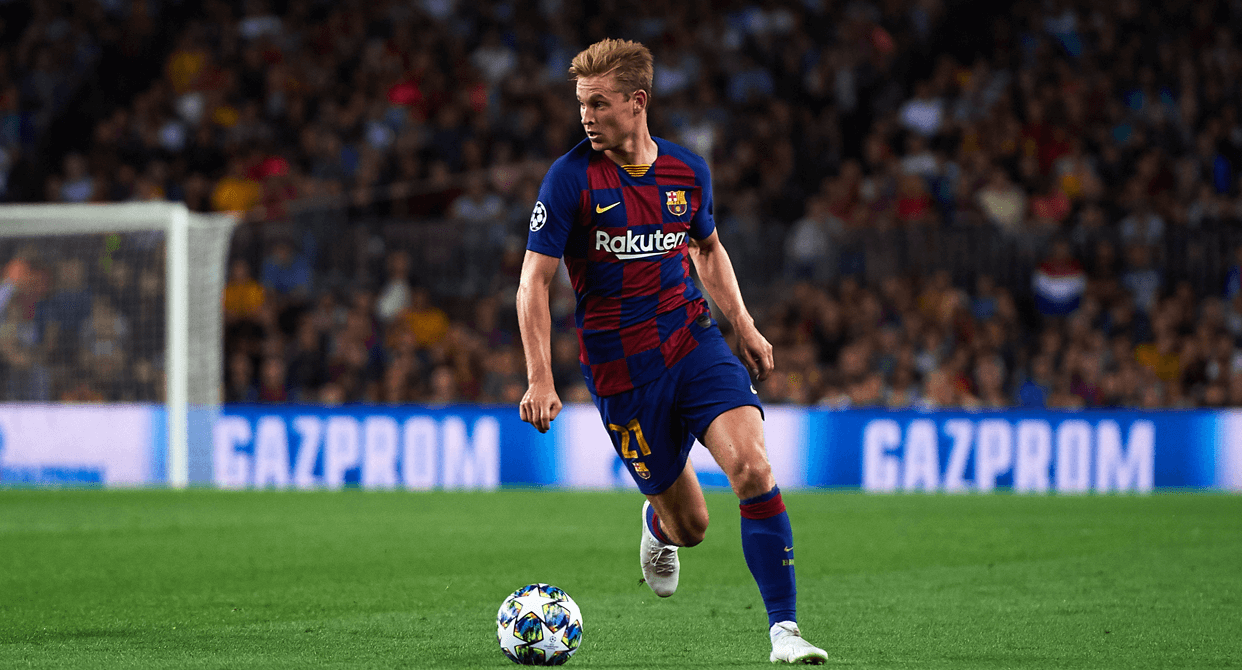 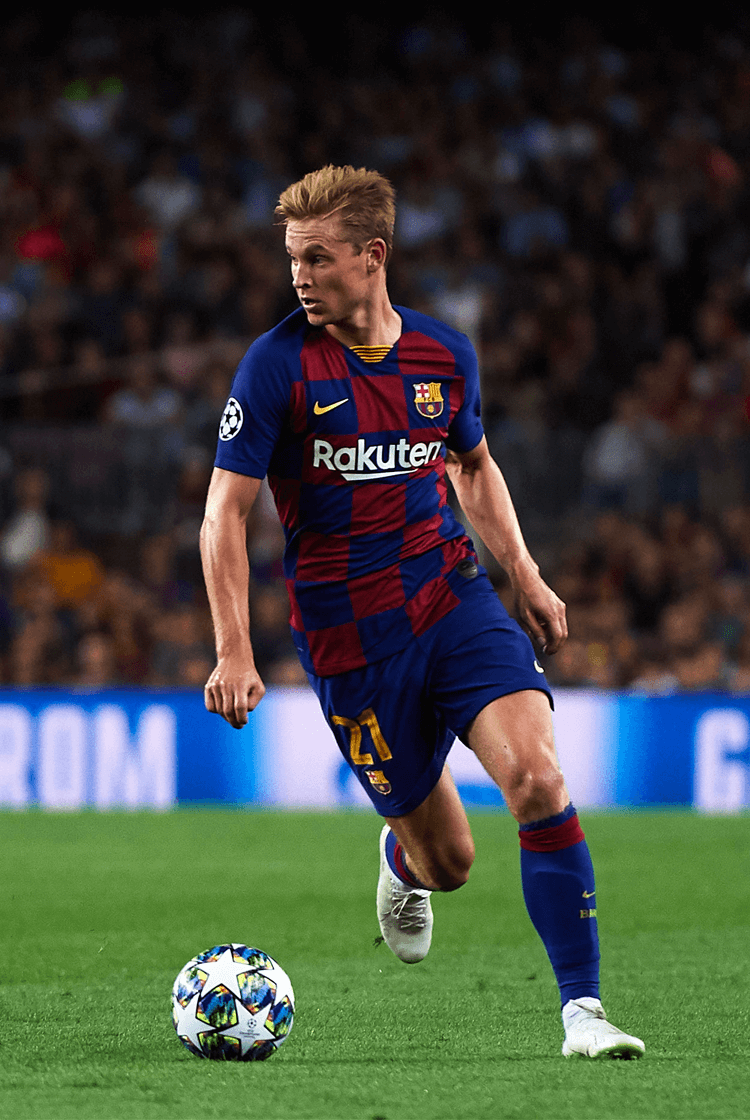 Profile
When the highly rated Dutch midfielder Frenkie de Jong joined Barcelona in the summer of 2019 for an initial fee worth €75m, he followed in the footsteps of a number of his illustrious countrymen. Johan Cruyff, Ronald Koeman, Patrick Kluivert and Phillip Cocu were among those to have played in the Camp Nou before him, while Cruyff, Koeman, Louis van Gaal and Frank Rijkaard further enhanced the link between nation and club when coaching them.

De Jong joined Barcelona at a time of transition, with only one of the legendary midfield of Xavi, Andrés Iniesta and Sergio Busquets still at the club. Results on the pitch underlined that; in his first two seasons at Barcelona, a player used to winning medals with former club Ajax claimed only one, in the 2021 Copa del Rey. De Jong was nevertheless a regular presence in a midfield still anchored by the experienced Busquets, and he has remained an influential figure since the arrival of Xavi as head coach in November 2021.

Tactical analysis
De Jong’s technical and tactical abilities make him a potentially key asset to any midfield at the highest level – particularly one set up to dominate possession and overcome deep defensive blocks. He is able to protect, maintain and advance possession, and is comfortable playing off one touch or off five or six. He is also effective in all three thirds of the pitch – in the build-up phases when playing out from the back, the creative phase in the midfield third, and the finishing phase in the final third.

De Jong gave a perfect example of his talents when playing for Ajax in a match against rivals PSV Eindhoven in December 2017. Still only 20, he received a pass on the edge of the Ajax penalty area, proceeded into the central channel and, instead of taking a more cautious option, surged deep into the PSV half before sliding a superb through ball in behind for David Neres.

When Ajax signed Daley Blind in the summer of 2018, De Jong was moved higher into midfield, usually as part of a double pivot. From there, he had the freedom to attack from deeper positions, where he could continue to use his penetrative dribbling.

De Jong’s performances have echoed those of Real Madrid great Luka Modric from a deeper role, and offer a hint of the disguised passing typical of Barça teammate Busquets. His ability to break both the midfield and defensive lines (below) enable his teams to advance the ball quickly into the final third. The timing of his release is a further asset; he can draw opponents in before reversing the ball back through the gap that has just been vacated.

He has improved defensively, too. As a midfielder, he initially struggled when attempting recovery runs – his workrate in possession wasn't always matched by that out of it. He has also been rash during moments of transition, which is a concern against fast and agile opponents – but these errors have been at least partly eradicated from his game as he has matured.

Role at Barcelona
De Jong has been a consistent figure for Barca since his arrival from Ajax, mostly as one of three central midfielders. He has been used on both the right and left of a midfield three, and encouraged to play a more simplified game since leaving Amsterdam. When Barca attempt to build from defence, De Jong offers movements intended to test his direct opponent. He often withdraws into deeper positions, so that he can receive, turn and advance. This also creates space into which a wide attacker can move when drifting inside.

The relationship between De Jong and the nearest full-back and wide attacker is particularly influential in the team's attempts to advance beyond their opponents. These often involve three-on-two overloads against the defending full-back and central midfielder (below). When De Jong receives and turns, he prioritises driving at his opponent to commit and engage him in a one-on-one before playing to either the full-back or wide attacker.

An increasingly exciting aspect of De Jong’s approach has become his awareness of when to execute penetrative runs. In Barcelona, his positional awareness has improved; he now recognises when to advance and when to remain disciplined and hold his position.

He attempts penetrative runs beyond a defence if the nearest wide attacker or forward has withdrawn towards possession. Here, he can gather momentum and build an advantage on the defender, who is forced to turn and run while also judging the flight of the ball.  When he holds his position behind the ball, by contrast, he can operate both as an outlet and as a forward-facing, creative midfielder. He has provided numerous assists from penetrative passes from those deeper positions, using his excellently judged weight of pass to thread balls in behind opposing defences.

Time will tell if De Jong remains a central figure in the new Barcelona team Xavi is looking to build, or even ends up becoming a Premier League player. He is still only in his mid-20s, however, so this classy midfielder should still have his peak years ahead of him.