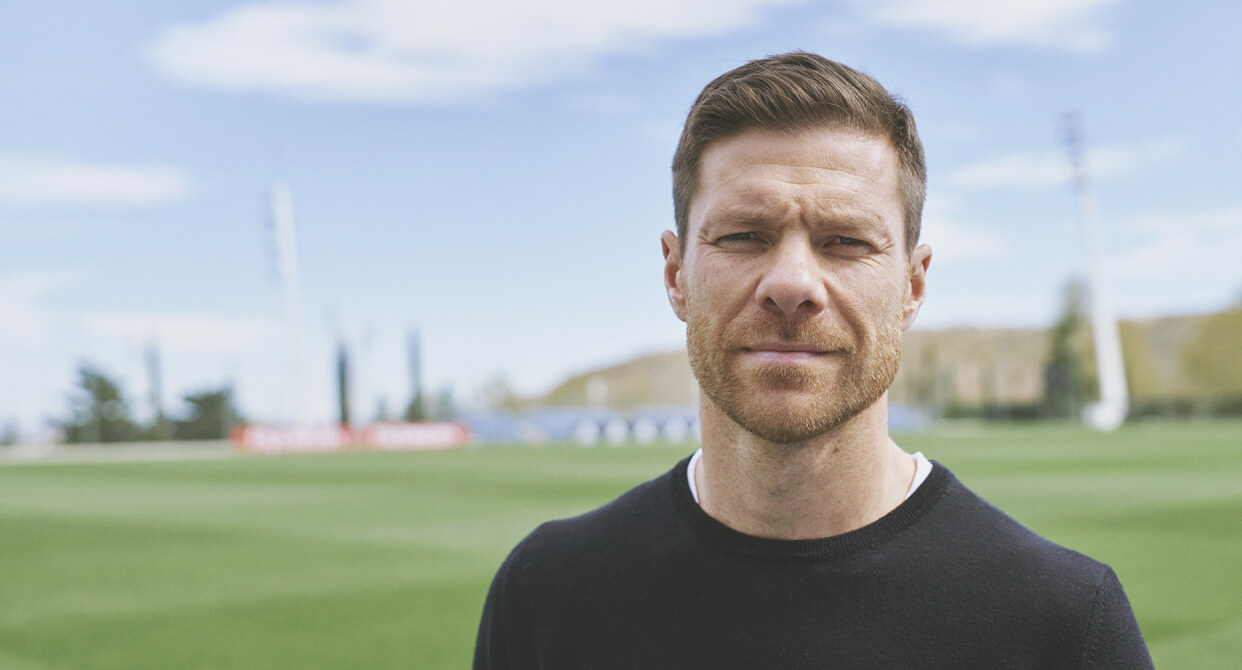 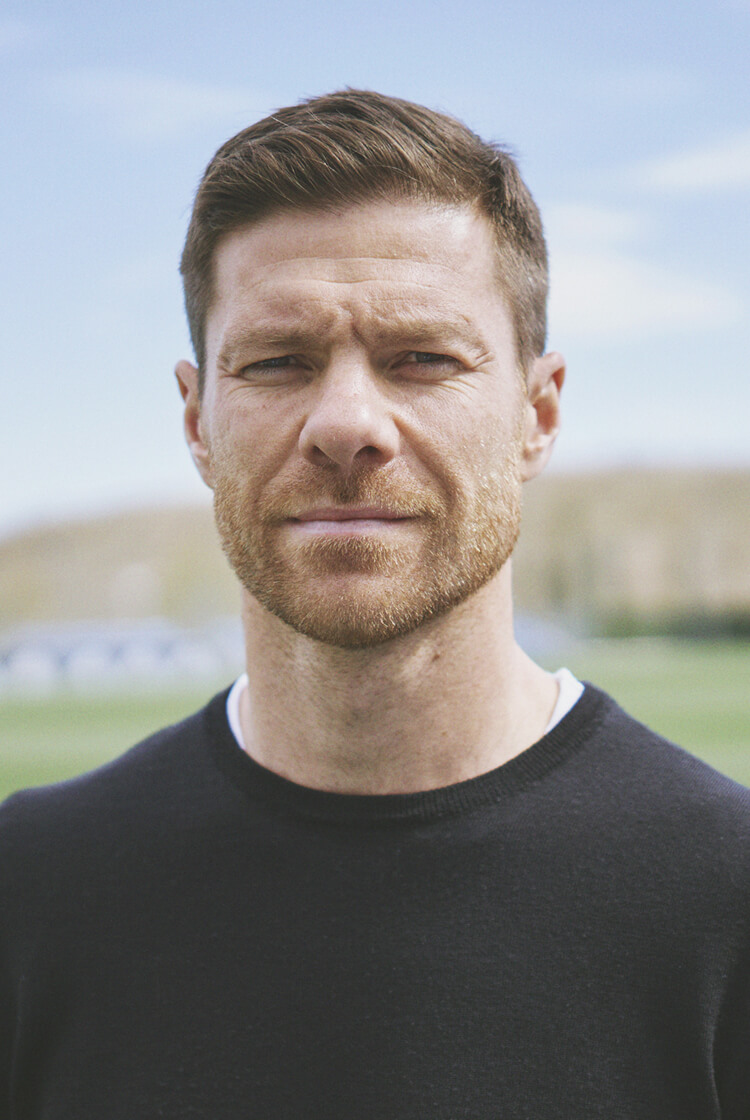 I knew about Liverpool, but I didn’t know that much.

I didn’t know about the magic of Anfield. The energy and the passion of the Kop. The beauty of a night where the whole stadium is rocking.

All of that, and so much more, was going to be new for me. It was a big step to take at the age of 22. But I was ready for the challenge – I was ready to absorb and to learn as quickly as possible.

Learning fast was something I was used to.

At my first professional club, Real Sociedad, I never played in the cadets, or even the youth team – instead, I went straight into the reserve team.

How could I have been ready for that? It was thanks to Antiguoko – a team from San Sebastián, where I had already spent almost 10 years as a player. It was not a professional club, but it worked very well. We had very good teams, with players like Mikel Arteta, Aritz Aduriz, Andoni Iraola and my brother Mikel.

At Antiguoko, everything was about the ball, about technique, and about understanding the game. That good foundation is one that stayed with all of us for the future. It gave us good principles and good habits to help us advance and grow as players.

From the moment I made my senior debut for Real Sociedad, my dream was to win the title with them. A few years later, the dream almost came true.

In the 2002/03 season, we had a group that in footballing terms had a good connection. We had great players from abroad, like Darko Kovacevic, Nihat Kahveci and Valeri Karpin – players who gave us the competitive input that we needed.

And, in Raynald Denoueix, we had a French manager who made us play in a different way.

No one expected it, but that season we battled for the title with Real Madrid until the very last day. It was a dream for all of us, and we came very close to achieving it.

For Real Sociedad, winning the league is almost the equivalent of a Champions League or a World Cup. To get so close and then not to do it… I always say it is like a thorn in the flesh.

The key for me in making the decision to go to Liverpool was the determination and the seriousness of the club’s board – and, of course, the manager. When Rafa Benitez called me, he explained exactly what the project was. That it was not a short-term project, but one for the long term.

Rafa has always been very ambitious. At that time, he had just won La Liga and the UEFA Cup with Valencia, so the expectations were high. But he also knew that he had to build the team step by step – not all in just one year.

He told me exactly what he wanted from me. It was very clear – he wanted me to play in the midfield alongside Stevie Gerrard and Didi Hamann, and to try to give more control, because we know how intense and frenetic the Premier League can be.

Trying to adapt to that pace was going to be the biggest challenge for me – and for my game.

“We beat the Arsenal Invincibles 2-1, and I scored the first goal. For me, this was wow… this is what I love”

But, like I said, I was ready for a challenge. I knew that, if you didn’t cope with the physical side of the Premier League, then probably you are not going to make it. So I was ready for that. But, of course, I wanted still to play my game, too. To control, to organise, to make my teammates play better. That was my idea of football.

When you go into a dressing room that has been very stable – with players who have been there for a long time – it’s important that they welcome you. At Liverpool it was mainly Stevie (below), Jamie Carragher, Didi and Sami Hyypia. They were the leaders of the team. And they accepted me quickly.

I think that they saw something in me, and that made my welcome warmer and smoother. The fact that I was able to learn from them – to gain from their experience – meant that it didn’t take that long for me to adapt.

A few months after I arrived in Liverpool, I remember playing against Arsenal’s Invincibles at Anfield: Patrick Vieira, Freddie Ljungberg, Robert Pires, Thierry Henry. It was an amazing team.

But we beat them 2-1, and I scored the first goal.

I want to have an impact. I want to enjoy it.

We were playing against each other at least four times every year. But I didn’t mind; I loved those games. And I loved competing against Frank Lampard (below), a very strong but very fair player. Anyone who is competitive and honest – that’s fine with me.

Of course, my first season in Liverpool will always be remembered as the road that led to Istanbul. I could talk a lot about that road.

For me, though, there is one step along it that stands out. A step without which we would never have reached the Champions League final that year.

It came on the night of December 8 2004: the first magic night at Anfield that I lived.

We were playing against Olympiakos. It was our final game of the group stages, and at half-time we were losing 1-0. To go through, we now needed to score three goals.

One by one, we got them. You don’t need me to remind you that Stevie scored the final one in the dying minutes of the game.

But I’m sure that the Kop is entitled to at least one of those goals. Because the energy and the passion they delivered that night – it was unbelievable. Anfield was rocking. You have to be there to experience such a beautiful night.

Really, it was magic.

When I look back on my five years at Liverpool, I think it was the last one where we probably had the better team. We got so many points in the league that season, but in those years Manchester United were a great team, and Chelsea too, so it was tough competition.

Winning the league that year would have been the icing on the cake of my time in Liverpool. But, in the end, we had the feeling that we missed a few points in the early days of the season that made the difference. We finished on 86, but United had 90.

I felt then that it was the right time to look for another challenge. And there wasn’t a bigger or more important challenge than to go to Real Madrid.

“Normally, Barcelona are a good side, of course – but Pep Guardiola’s Barcelona was exceptional”

They had been through years of not being where they deserve – many years losing in the last 16 of the Champions League. Now, a new project was starting. And the club trusted me a lot. Significantly, in terms of the important role that I could have in the team. That really motivated me.

When you motivate a player and explain to him what is expected of him – what you want – that makes him grow in confidence. In self-esteem.

I arrived as a mature player, but to take control of the middle of the pitch at Madrid you need more than that. You need to believe in yourself. And you have to trust that the others believe in you.

That year, many players were signed: Kaka, Cristiano Ronaldo (above), Karim Benzema, Alvaro Arbeloa, Raul Albiol, Esteban Granero. We finished second in the league by three points, and suffered a disappointment in the Champions League, but I think it was a year where the foundations were laid for a great project. One that finally led to us winning La Decima.

It was hard for us, though. In those years, we faced a brutal challenge against a Barcelona side that was not the usual Barcelona. Normally, they are a good side, of course – but Pep Guardiola’s Barcelona was an exceptional one.

After playing so many matches against them, we got to know each other in great detail. And we started to change little details that allowed us to battle them one-on-one. From then onwards, the results were very even.

“I could not help but see a bit of myself in those young players – in their eyes, their hopes, their desires”

And so to La Decima.

Before that Champions League final in Lisbon, the semi final against Bayern Munich was one of the most intense and demanding games for us.

We won the first leg 1-0 at home – but, in the second, I made a mistake and received a yellow card that meant I would not play in the final.

In that moment, the world came crashing down on me.

One month later, I was watching the final from the sidelines. I felt a lot of frustration at not being able to be on the pitch, where I wanted to be. Playing for something I had been fighting so much for.

Like thousands of fans, I lived that match very intensely.

That is the wonderful thing about football. It gives you big surprises, great joys.

That is just one of the reasons why, when I finished playing, I could not leave it behind.

When I first started coaching with the youth team at Real Madrid, it was a challenge for me because I had spent so long playing at the elite level. Adapting to the kids, to their level of play, to their way of being – that made me change my message and my way of communicating.

It gave me a lot of satisfaction to do it, though.

And I could not help but see a bit of myself in those young players – in their eyes, their hopes, their desires. Those dreams they have, with all those years ahead of them.

And, once again, I am ready for the challenge. Ready to absorb.