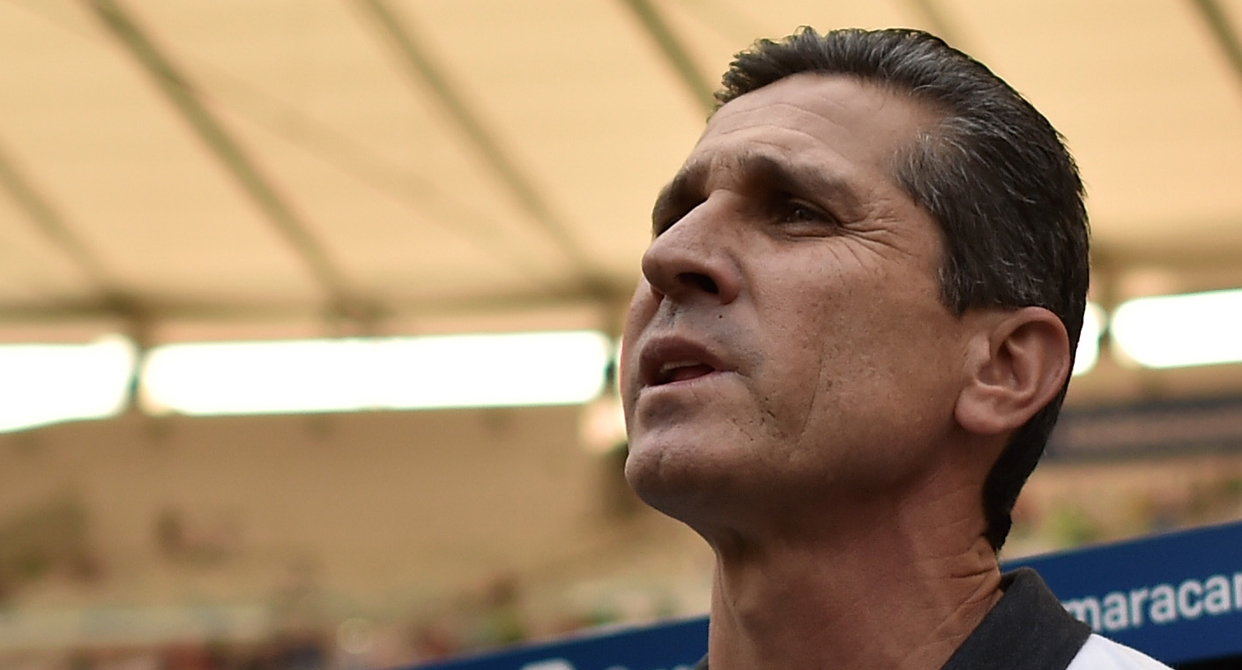 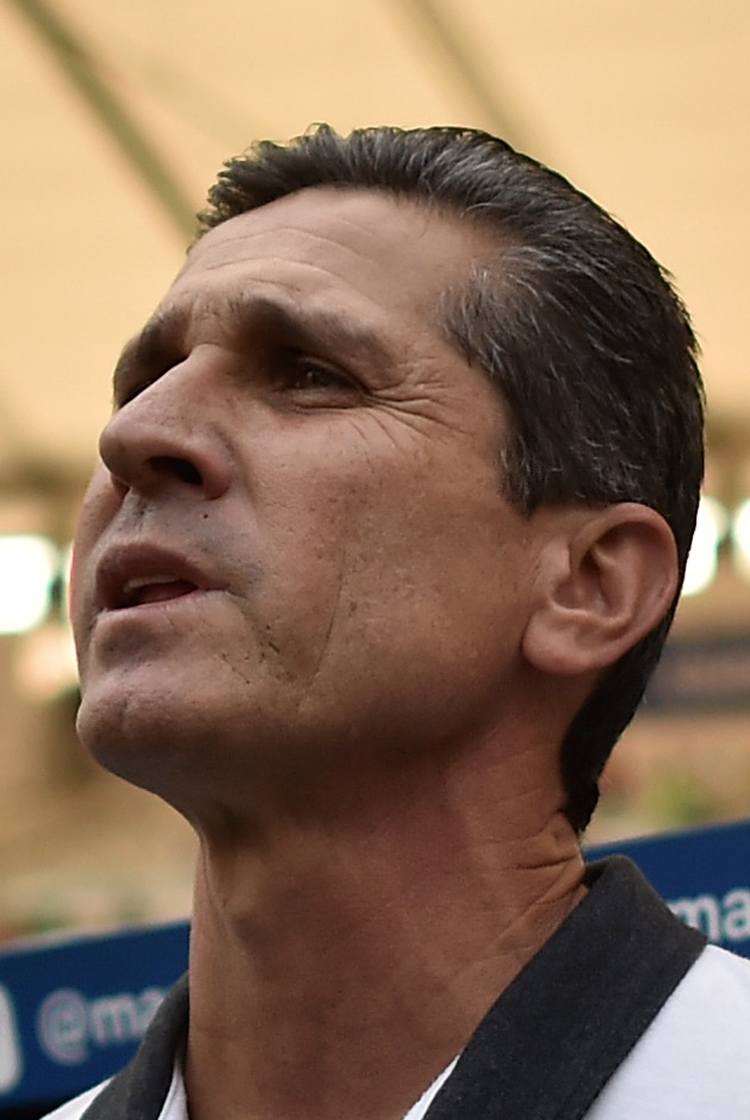 Since my early days, football was always there. It's not part of my life, it's part of me.

I was recently talking to my brother and he said that we had a black-and-white TV at home to watch the 1970 World Cup. I honestly don't remember that. I was a six-year-old boy.

However, I do have memories from that year when Brazil won a third World Cup. In my mind, I have the image of a street light with a speaker on it.

I remember going to the streets of Rio de Janeiro and, immersed, listening to the passionate public radio commentaries. I still remember the feeling of celebrating.

It was a pure, child’s dream.

Looking back, my career on the pitch was successful. I've played for big clubs, either in Brazil or abroad – including both Bayer Leverkusen and Bayern Munich in Germany – and represented my country at several major tournaments. I'm very proud of it. But dreams also come to an end, and you have to reinvent yourself.

During my years as a professional footballer, I had never thought of becoming a manager. That's the truth.

Actually, I wanted to do anything else but coaching. When the time came, I firstly tried to be an agent. My friend and former teammate Bebeto was one of my partners.

But I couldn't stay in the business for a year. I hated it. It's not for me, and I was missing the intense routine of training sessions, games, hotels and airports.

That's when America-RJ, the very same club where I started my playing career, offered me a position on their board. I didn't want to become a director, but I told America that I'd happily accept a chance to be their manager.

So, in 2006, I became America's coach. Again, there was a dream to look forward to. From that moment on, I wanted to be a successful coach.

I had the chance of working with some top managers, and I learned a lot from them. Zico's brother, Edu Coimbra, was a huge influence on me. He brought me to America's first-team when I was 18 years old.

A few years later, he was also responsible for my move to Kashima Antlers in Japan. I also played for Tele Santana, Carlos Alberto Parreira, Mario Zagallo, Franz Beckenbauer and Giovanni Trapattoni, among other great coaches.

“I'm yet to complete two full seasons in the same job. I don't think a Brazilian club would have given Jürgen Klopp the time Liverpool have given him”

I couldn't imagine that I would become a manager one day. But, subconsciously, I had been absorbing their methods. I have a bit of all of them in my coaching philosophy.

For example, I try to replicate Beckenbauer's clarity. What an intelligent and simple man.

From Parreira I learned the importance of studying the game. I understood that my experience as a player wouldn't be enough to be a good manager. Edu Coimbra was a great leader, so I try to manage the squad as he used to do.

I still prepare some sessions based on those I had with those guys. It's a privilege to have that experience, and I want to make the most of it.

It's much easier and more enjoyable to be a player than a manager. That's for sure. As soon as you migrate from the pitch to the hotseat, you understand the differences.

There's always something else for the manager to worry about. When it comes to the reality of the Brazilian game, things get even more complicated.

Unfortunately, Brazil has the culture of immediacy. There's no such a thing here as planning for the long term. If you lose three games in a row, there's no future.

Vasco da Gama sacked me after only 10 games in charge. We're talking about a club that I have a big connection with; I won the Brazilian title as a player there.

I managed Vasco (above) to the Carioca's championship title in 2016. In that same season we were promoted to Serie A in the National League. A few days after we secured promotion, I was told that I wouldn't stay for the next season.

I'm not sure a Brazilian club would have let Jürgen Klopp do the brilliant work he's been doing at Liverpool. He'd probably have been out of the job after not winning the league for a couple of seasons. Klopp is a gentleman and a fantastic manager, but he has had the support to prove his qualities.

I'm still to complete two full seasons in the same job. Hopefully it will happen soon, when I will have enough time to develop my own philosophy.

“In 2010 I went to the World Cup as Dunga's assistant. I tried to be his Zagallo”

There's no miracle. There's conviction and hard work. The positive results come as a consequence.

In the 1994 World Cup semi final against Sweden, Romario’s header earned us a place in the final. It was Brazil's last goal in the competition. The cross for his winner came from my right foot.

I have always been an expert in crossing. However, in that specific game, it was my ninth cross and the only one I got right. Persistence is crucial in football.

Back in my days at America-RJ, I wanted to practice crossing after training sessions. I convinced Alberto, the fitness coach, to help me out twice a week. I had no money to pay him, but he was kind enough to do it anyway.

The symbolic payment was a homemade egg bread, baked by my mother, that I brought to each of those extra sessions. That came to mind when we were celebrating Romario's goal. I hoped Alberto had remembered it as well.

Back then, in 1994, I was playing for Bayern Munich. Before travelling to the USA for the World Cup, I bought a small video camera in Germany. I was the first one to film some of our team talks from inside the dressing room.

At the time, some of my teammates were laughing at me. But I told them to wait until we had won the trophy – they would ask for the footage, and they obviously did.

More recently, I’ve watched some of those with my wife. It's so nice to remember how the Parreira-Zagallo duo (above) worked perfectly for the Selecão. Parreira was the tactical master, Zagallo the motivator. He always had the right word at the right time.

In 2010, I had the chance to go to another World Cup, this time as assistant manager to Dunga. I tried to be his Zagallo. Dunga and I had a great partnership. It's a shame we couldn't go all the way in South Africa.

Hopefully that was not my last World Cup. I know the Selecão very well. I had the privilege of playing at two World Cups, in 1990 and 1994, and then I was Brazil's assistant in 2010.

I want to be the manager of the Selecão at some point. That's my ambition.

I also want to work in Europe. Taking part in the Champions League would be incredible, especially with a German side – I would happily accept an offer from a second division club in Germany, Austria, Switzerland.

I'm on my way to the future. I still have a lot of dreams.