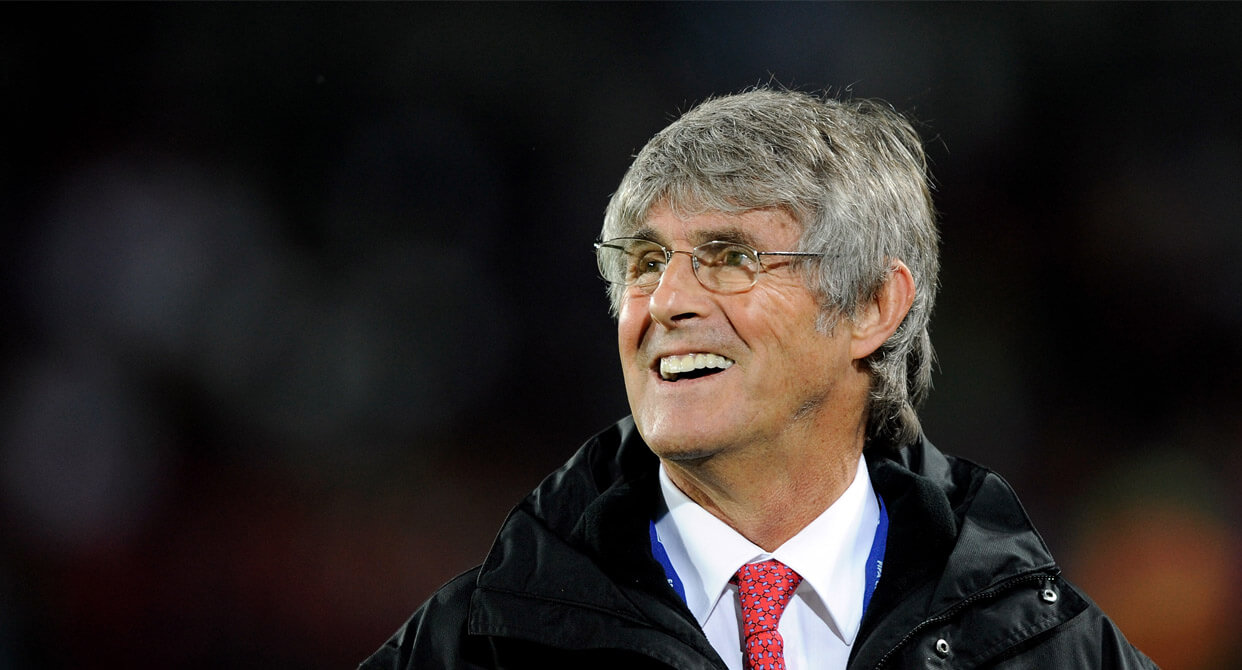 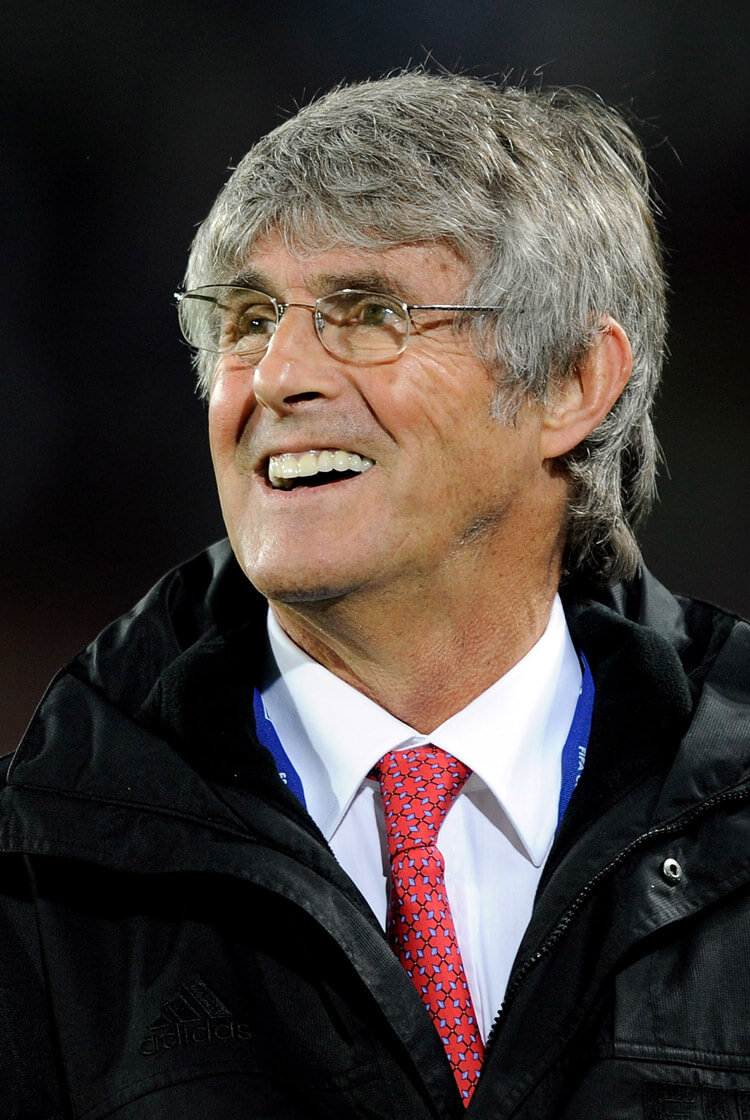 I don’t know whether I’m a globetrotter or not.

What’s certainly true is that Serbians are nomads by nature.

It’s good to travel and get to know the world. To live a life full of adventure. Adventures that, fortunately in my case, have been successful. I’ve felt happy in all the countries I’ve been to in my life.

In all of them I’ve been able to make a mark. That’s essential for me.

I enjoyed being a manager much more than a player. However, I didn’t really take a firm decision as such to sit on the bench. Nothing was planned. It just happened.

I was playing in Mexico with UNAM Pumas – that’s where my career as a player ended. After retiring, I was working as an assistant with the team. Pumas had won the league, but the following year the club decided to change their manager. That’s when the board called me.

“Bora, would you help us while we find a manager?”

The situation was meant to be temporary. It ended up lasting seven years: seven years during which I didn’t need to sign a contract. I didn’t have an agent by my side to talk to the club. It was a verbal agreement, and that was enough.

"Apart from reaching the quarter finals, the greatest joy was that so many players were making their debut"

At Pumas we won everything: the Mexican championship, the CONCACAF Champions Cup and the Inter-American Cup.

After Pumas I went on to manage the Mexican national team, with whom I went to the first of my five World Cups.

There are lots of happy times at each tournament, but there’s one thing that stands out above everything else: my teams. The groups of players I’ve been able to manage each time.

In Mexico ’86, it was satisfying to have eight players in the national team who had started out as professionals with me at Pumas: Manuel Negrete, Hugo Sánchez, Luis Flores, Miguel España, Raúl Servín, Rafael Amador and Félix Cruz. Olaf Heredia, too, who also played for some of the tournament.

Apart from getting to the quarter finals – the best ever performance for Mexico at a World Cup – where we eventually lost to West Germany (below), the greatest joy was that so many players were making their debut with the Mexican team.

My daughter was born during the tournament – right in the middle of it.

We were playing against Iraq to qualify for the next round. The birth was due to be by caesarean delivery, and it was the doctor who told me to bring it forward to a day before the match: "Mr Milutinovic, with all the fuss about the football, it’s better to do it the day before because everybody will be focused on the match.”

We decided it was best not to wait for the match. And that’s how my daughter, Darinka, arrived. Anybody who has been a father knows how it feels.

The next day, the team won. It was a historic result for Mexico. The whole country was in a state of great euphoria. No one talked about anything but football.

I was doubly happy.

"In football, time is not so important – it’s what you do that counts"

With Costa Rica, I would say it was strange.

Why? I came into the national team only 70 days before the 1990 World Cup.

Even though there was so little time, I made the changes I considered appropriate. The team managed to do what nobody was expecting: to qualify in a group with powerhouses such as Brazil, Sweden and Scotland.

It was a memorable World Cup for Los Ticos.

Their results at that tournament showed that, in football, time is not so important. It’s what you do that counts.

In the build-up to the World Cup, we didn’t play any friendlies with the starting 11. I think that was the best way to prepare all those players.

I had very responsible footballers in that team, with great personality and who were tactically very good.

There were no doubts among them about what we were doing. And even less so when we beat Scotland in the first match at Italy ’90.

I remember what happened before that game. Before the match, on the way to the stadium, everybody was waving five fingers at us, signalling that they would score five goals against us.

We won the match 1-0. It was our character that won it for us.

We then also beat Sweden in what was effectively a final – the deciding third match of the group phase – to qualify for the last 16. From the outside, that result for Costa Rica might have seemed surprising – but not when you consider that the boys had total confidence in their chances.

We lost 4-1 to Czechoslovakia in the last 16. It was not our worst match but, unfortunately, we had to make changes in the team that didn’t work out. Even so, we left Italy with the satisfaction of a job well done.

Not many teams win a match on their World Cup debut. First-timers are not expected to qualify for the second phase. Since then, Costa Rica's football has moved forward.

I went to the United States in 1991. It was a different experience because I went there long before of the start of the 1994 World Cup.

The federation wanted to sign Franz Beckenbauer (above, right) – a good friend of mine – as the US manager. However, Franz had just won the World Cup with Germany and had other interests in his career. He said no, but recommended my signing to former US Secretary of State Henry Kissinger.

Kissinger was a leading figure with huge international impact and a great interest in football. He loved this sport. He never played a part in any decisions regarding the national team, but he was instrumental in making sure the World Cup took place in the USA in 1994. He inspired people to do a great job.

I had a great relationship with everyone in the national team – especially with Alan Rothenberg, president of the federation. He trusted me completely to achieve the results we got, as well as to establish a basis for football in the country.

"It seemed impossible, but the country had come out to support football"

We did it with a team made up mostly of college players. The universities helped me a lot in understanding their ability.

I racked up a lot of air miles to watch players. I also drew on people who wanted to help. There were a lot of Serbians and Latin Americans who would give me information about new footballers all over the country.

To prepare for the tournament we played a total of 91 friendlies, facing the best teams in the world. We won a tournament where Italy, Portugal and Ireland took part. We beat Mexico in the Copa de Oro, redressing the balance with a nation that until then had dominated the region.

It was moving to hear the American national anthem before the opening match at the World Cup. It seemed impossible, but the country had come out to support football.

We qualified for the knockout stages, beating Colombia, one of the favourites for the title, in the group stage. Unfortunately, we then lost in the round of 16 to Brazil, who of course ended up winning the trophy. We played a good match, but went down to a single goal scored in the second half by Bebeto.

These things happen in football. But we were successful with what we achieved. People were very satisfied with the job we did. And, most importantly, we had laid the foundations for the development of a league in the US. The start of what is today a great competition like MLS.

After that experience I went back to Mexico, and took part in the Olympic Games and the qualification phase for the next World Cup. We qualified without conceding any goals in eight matches. It was another sensational challenge having such young players – among them was Rafael Márquez, who was with the senior team in 1997 and would go on to play at five World Cups.

However, by the time the 1998 World Cup arrived I had taken on a role with Nigeria – another national team where I found a great cohort of players. We also got to the last 16, after beating Spain in the first match; a team that was among the favourites for the title.

"When I was appointed manager of Iraq, I went to a country still in the aftermath of war"

My last World Cup was with China in 2002. We achieved a historic qualification, with 12 wins and just one draw.

Unfortunately, at the World Cup itself, we couldn’t achieve the expected results.

It wasn’t that we were feeling the pressure of being in our first World Cup. It wasn’t that. We were a group with a lot of character.

But we did have problems with several injured players. I don’t like to make excuses, or even to look for them, but we didn’t have the whole team. You couldn’t have asked more of us. It’s difficult to achieve the results expected of you if you don’t have your full squad.

Apart from the World Cups, Iraq has been the best experience I’ve had. When I was appointed manager in 2009, I went to a country still in the aftermath of war, with a journalist, David Ruiz. I was there for seven days.

It can be scary to travel in a setting like that, but it didn’t feel like it to me. How did I do it? I just didn’t think about the problems. I thought about the good things, like getting to know the wonderful people and customs of that country.

That trip was in preparation for the Confederations Cup in 2009. A tournament in which we played against Spain, who had just won the Euros in 2008 and were on their way to winning the 2010 World Cup. We lost 1-0, but I was very happy with the team’s performance in that match.

Everything the players showed they could do was fantastic. I was happy. And the people were happy, too. I’m delighted people still remember that team, even though I was only in the job for 20 days.

As I said at the beginning, though, that’s the most important thing.

To leave my mark.