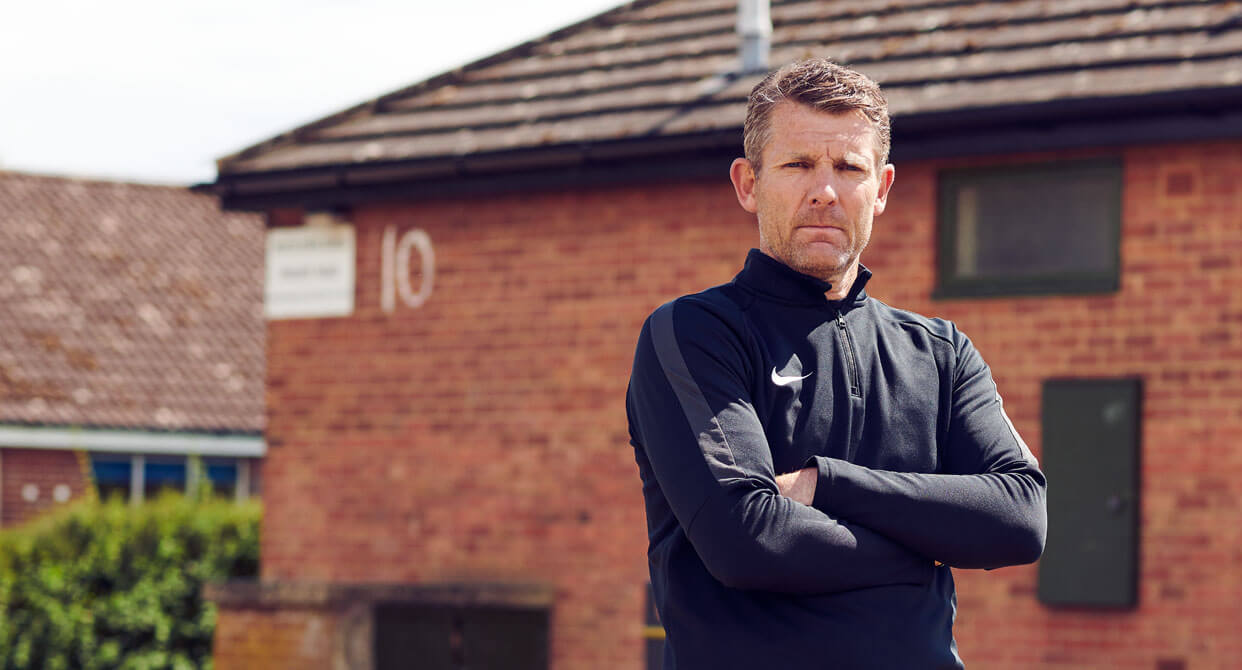 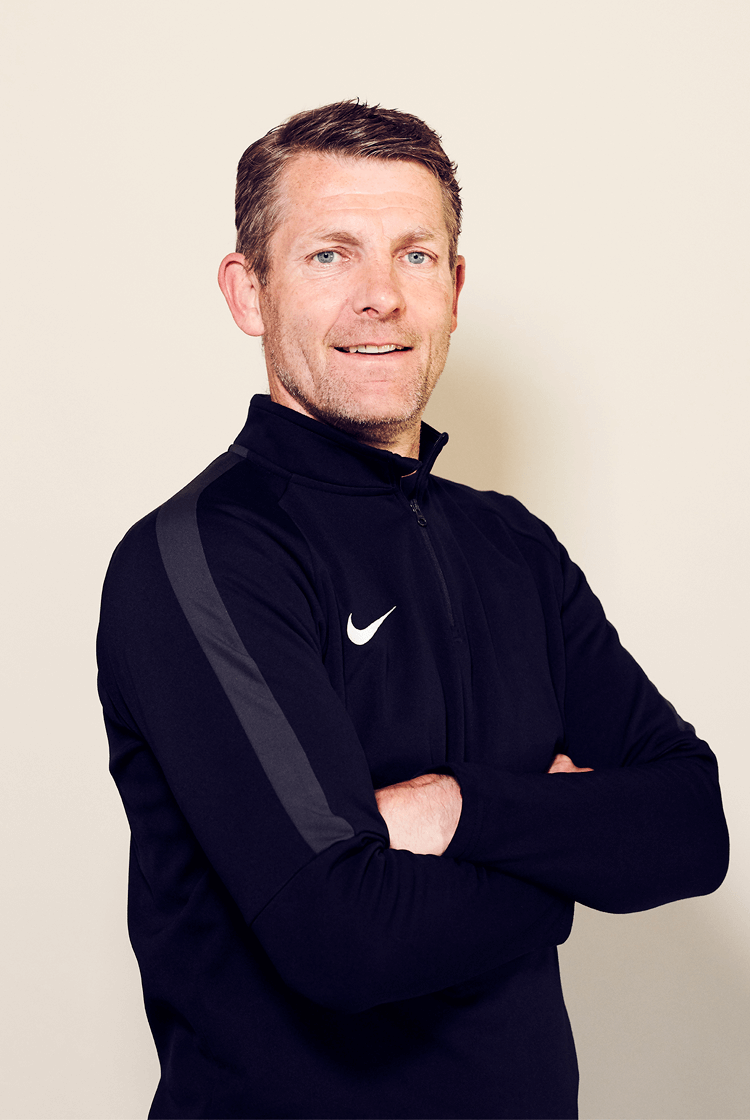 I spent the last seven or eight years of my career in a lot of pain.

I was popping painkillers and anti-inflammatories, not quite on a daily basis, but an awful lot, just to get ready for each game.

Anything I could get to help my body, I’d take, so I could play.

Then, after playing, my recovery was very, very difficult. My muscles were okay, but my knees, my arthritic foot, my joints – they were all agony. I’d have injections into my foot regularly. Countless injections over a period of years.

Every day, I was getting up in pain to go to training.

People have no idea what you go through as a player. So many people think footballers should be fine because of the money they earn, but they have no idea about the things you put yourself through. The sacrifices you make.

Don’t get me wrong. When it’s good, it’s great.

When it’s not good, though, if you’ve got injuries and you’re struggling, it’s really, really tough. Only my resilience got me through the later years of my career.

I was obsessed with keeping fit – I still am now, at 50 – so I pushed myself to play when maybe I shouldn’t have.

I loved playing (above), but the pain became too much. I had to call it a day.

“In eight months there, everything imaginable went wrong”

I’d been in so much pain as a player that I found the transition to coaching pretty easy. Inside six months, I knew I enjoyed it far more than playing.

I started off in Watford’s academy in 2003, and I got a real buzz out of helping young people, both as individuals and as footballers. But before I knew it, an opportunity to be a manager came up.

I’d got to know Brendan Rodgers, and he got in touch to say a friend of his was taking over at Farnborough Town in the Conference. They wanted to talk to me about becoming the manager. I got the job in the summer and took on the biggest challenge of my career.

We were one of only three or four part-time teams in the Conference at that time. The club had recently been in administration and was fighting to stay out of more financial trouble.

I was working for a very good guy in Tony Theo, and we had a plan for how to move the club forward. We were punching above our weight and it was all going pretty well, but then Tony lost ownership of Farnborough after a legal battle and two other businessmen came in. They wanted me out, but because the team was doing well they couldn’t get rid of me.

It was an eventful time. Over my eight months there, everything imaginable that could have gone wrong, went wrong.

At one point, the owners hadn’t paid the players for three or four months, and I was getting calls from some of the young lads – who were only on around £150 a week, and football was everything they lived for – saying they couldn’t afford the petrol to get to training.

I told her: “I will get our money back.”

I paid the younger players first and then split what was left between the older boys, who all backed my decision.

That night at training, I was talking to the players in the changing room when the door opened. It was the owner, saying there had been some banking problem.

The players asked me to leave the room because they wanted to speak to him in private. I went back to my office, but even from there I could hear them tearing strips off him. They were furious that it had come down to me having to pay them.

“At Southend we had very good players, but they were also ready to go to war together”

The next day, all of the money went back into my account.

We had a great group and team spirit – but it was a tough league, and as soon as we had a bad run of results the owners took the opportunity to dismiss me. It was so challenging, but such a good experience for me so early in my career.

Steve Tilson – who I’d played with at Southend and who had later become their manager – then asked me to join his staff. It was another club without much money, so he wanted me to do “a bit of everything”.

He asked me to bridge the gap between the youth and first team, set up the recruitment process – they had no recruitment team – and then on any spare days come and coach the first team.

We had a fantastic group of lads. They were very good players, first and foremost, but they were also ready to go to war together. Players like Kevin Maher, Mark Gower, Lee Bradbury – who I played with at Crystal Palace – and Spencer Prior (above, right), who Steve and I had played with at Southend. We also brought in Freddy Eastwood, who scored the winner against Manchester United in a League Cup game in 2006, when they were the holders; he went on to be sold to Wolves for a lot of money – and a few Essex boys who it meant a bit more to.

It was a similar team spirit to the Southend side that played in together in the 1990s. That team achieved something incredible by getting promoted from the fourth tier to the second tier in two seasons. And then we did exactly the same thing with the team we were coaching.

I don’t know if there are many other people out there who have got successive promotions as both players and coaches at the same club. Steve and I did it, and that’s something we’re both very proud of.

Having found the step to coaching so easy, I then struggled a bit with the step up to assistant manager at a big club. Brendan asked me to join Watford as his number two, but we went into a club with a tight-knit group who had enjoyed playing under Aidy Boothroyd. It was tough. I was confident in my ability, but I was also a bit insecure about things. I learned so much in six months there.

I always think about how I can improve. I write a lot – in my diary, every day – to reflect on myself. Reflection is a big part of my learning process and finding what I can do to give a manager more help.

I had started learning Spanish at Watford to further improve myself, and that was a big part of why I ended up getting jobs as assistant to Slavisa Jokanovic and then Quique Sánchez Flores (below).

Both are top-level managers, as is Brendan. They showed me about meticulous preparation. Every little detail was important to them.

What separates them from the rest is how calm they are when making big decisions. They see things and they act. You don’t get time to think as a manager, and they know it.

When I later became manager at Northampton (below), I would see the opposition manager berating the referee, the assistants, the fourth official – in their ear constantly, every game. My fitness coach once asked me why I didn’t do the same. My answer was that I needed to watch my team, to find an edge that could make the difference.

The best managers I worked for never wasted their time with that. They had tunnel vision in the dugout and focused solely on the game.

Slavisa was brilliant for that. He would see something and wouldn’t care whether it was the 15th minute or the 80th.

Towards the end of the 2014/15 Championship season, we were chasing promotion; we had our fate in our own hands. We went to Brighton for the penultimate game. Chris Hughton had dragged them out of trouble, and for the first 20 minutes of the match they played us off the park. They had three really good chances early on.

Slavisa turned to me and said: “Do you think their shape is causing us problems?”

“Absolutely,” I replied. It was 26 minutes into the game, and we decided to change from a 3-5-2 formation to a diamond. We brought off Ikechi Anya, a wing-back, and brought on a central midfielder in Dániel Tozsér.

The match changed completely. We won 2-0 and got promoted.

I’m lucky to have worked for three managers I can get a masterclass from on the touchline. They see something to change – and they do it. No hesitation. I’ve taken that into my management.

You have to be yourself and have your own style, though. Authenticity and being true to your values are both really important. I’ve been fortunate enough to learn from so many different world-class managers and players. I’ve taken little bits from all of them in my 17 years as a coach.

The one who really opened my eyes to what the game was all about, though, was Terry Venables (below, right). I was lucky enough to play for him twice.

In the first spell, at Tottenham, I felt like I was flying by the seat of my pants the entire time, trying to keep up with all these world-class players.

But the second time, at Crystal Palace, when Steve Coppell was director of football, I appreciated Terry as a coach a lot more.

I was more of a leader by then, and it was Terry who told me to get on to a course and start my journey into coaching. He showed me about adapting your coaching and your message depending on who you’re working with at any given time.

I’ve coached from grassroots right up to the Premier League, and at every level I used a huge amount of what he taught me. I learned that being adaptable is important at every level.

The football Ossie Ardiles brought when he came in at Spurs was incredible. It was total football: fast, flowing, attack-minded. It was so refreshing.

We lacked a bit of discipline on the defensive side but, playing in a diamond for the first time in my career, I learned about different systems. Even if it wasn’t a great spell for the team or me as a player, it was a great learning curve.

Gerry Francis was similar to Terry in how his football was a little bit more defensive-minded – a bit more pragmatic. We worked extremely hard as a back four to keep our shape and try to win games that way. It was completely different to Ossie, but I think having such stylistic variety in my coaches helped me later on.

I started writing things down – little things from every single manager I’d had. Things that worked, things that didn’t. Why one group of players could do something that another couldn’t.

It all helped me develop my own style and become the coach I am today.

There are still days I go to stadiums, see the big crowds and wish I could get back out there – just one last time. The hairs on the back of your neck stand up just at the thought of it.

It’s only ever for a moment, though.

I get just as excited standing on the touchline, enjoying what I do.