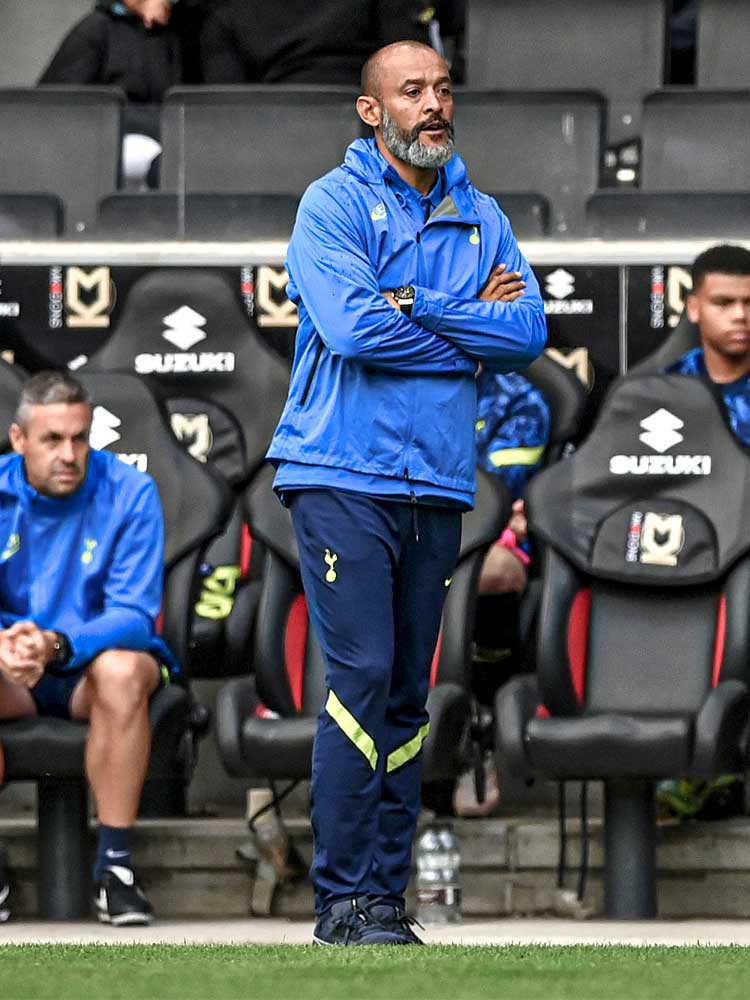 Following a dour campaign under José Mourinho that, remarkably, at one stage hinted at a tilt at the Premier League title, Spurs fans find themselves yearning not just for a long-awaited trophy, but also entertainment.

Tottenham were dull under Mourinho. Their main – and, far too often, only – threat was on the counter-attack, with Harry Kane feeding Son Heung-min. When opponents sat back against them, they had little answer. When they went ahead, they tended to try and sit on their lead – on all too many occasions, they failed to hold out. Time and again, slender leads turned into draws. Meanwhile, their pressing was dysfunctional, miles off the level it was in the Mauricio Pochettino years. The players did not appear to be working in a coherent manner, or know how they should be co-ordinating to win the ball back (below). An air of disappointment surrounded the team.

So, while a trophy is the priority for many supporters, there is also recognition that Tottenham are a long way behind the best teams in the country and so that wait might go on – especially if star man Kane leaves. In the meantime, many fans would just like to be entertained.

Nuno Espiríto Santo is the new man in charge, and an underwhelming final season at Wolves suggested he perhaps isn’t the coach to bring the entertainment back to north London.

However, Nuno’s Wolves were far more than the counter-attacking side that many framed them as. They produced some sensational performances, both in gaining promotion from the Championship and in securing successive seventh-placed finishes following their return to the Premier League. Many of their problems in 2020/21 stemmed from the absence of Raúl Jiménez through injury. When he was available, Wolves were one of the Premier League’s better sides.

Nuno’s Wolves were versatile – effective with either a back three or a back four – and contained plenty of exciting, young players. There was a freedom and unpredictability to their attack that made them good fun to watch. Over the 2019/20 and 2020/21 Premier League seasons, Wolves both attempted and successfully completed more dribbles than any other team. Defensive solidity is most certainly the priority for Nuno, but he does want his players to express themselves and try to beat their direct opponent whenever they have the opportunity.

He encourages his full-backs to get forward and help create overloads in the wide positions, and he wants his wide forwards to run beyond the striker. His impressive defensive record over three years in the Premier League with Wolves shouldn’t count against him just yet.

With a better squad available to him at Spurs than he worked with at Wolves, Nuno has the chance to prove he can take a Premier League team higher than seventh. If he can do that and entertain the fans, he is likely to be able to call his first season at Tottenham a success.