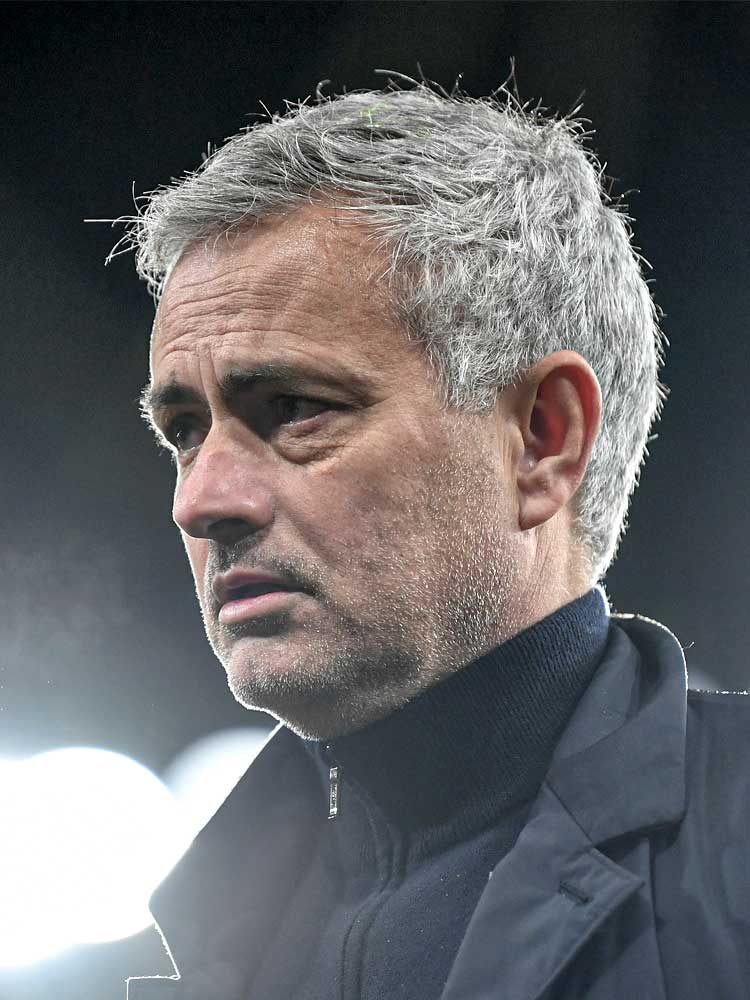 José Mourinho: In Others’ Words

One of the most successful managers of all time also happens to be one of the most divisive. José Mourinho has delivered trophies at several of the world's biggest clubs – Chelsea, Inter Milan, Real Madrid and Manchester United are prominent among them – and therefore influenced a vast number of the world's greatest players, some of whom have followed him into coaching. There remain observers, however, who are  unconvinced by his methods, and plenty more who are adamant his greatness endures.

Those best placed to judge are the people with experience of working closely with him, and of seeing and observing his methods for themselves. Several also happen to have spoken about Mourinho to The Coaches' Voice, and we have collated the best of them here. John Terry, Mourinho's captain during both of his spells at Chelsea, was one of the first.

"From the moment José came in, I knew I wanted to be a coach. Before then, as a player, I just went out on the pitch and played. I didn't think about the training sessions, the coaching; the size of the pitches we'd train on. Anything. Then I saw something special, and it was all about preparation.

"He'd be out there at 8am, putting out cones; making sure there were enough bibs; enough balls. He brought ballboys into the training ground to make sure we would get balls back on the pitch as soon as possible. As a group of players – not just me – we all took note of how good he was right from the start. Not just on the training pitch, either, but away from it too. On the mental side.

"There were a couple of times I was injured – not available for a couple of games coming up. José would come in; he wouldn't even speak to me in the treatment room. He'd go around and speak to everybody, and walk out of the room and leave me.

"As captain of the football club, I was there thinking: 'Why has he not spoken to me?' I said to the physio: 'I'm training tomorrow. I can't have the manager not speaking to me.'

"He knew exactly what he was doing. He knew how to press my buttons, but he also knew when to give me a cuddle; when to tell me I was the best; when to tell the press that me, Frank, Didier, Petr, Ashley were the best players in the word. I promise you – as a player, you went out there thinking you were the best.

"That had an impact on our performances, and that was down to José. Were we the best in the world? Probably not. But he made you feel like you were."

Joe Cole played under Mourinho for Chelsea from 2004 to 2007

"I’d watched José Mourinho’s Porto side win the UEFA Cup the previous summer, and been so impressed. As a manager, the man himself was even more impressive. From the moment he came in, you could sense this guy was going to take the club on to that next level.

"Straight away, he got me. I mean, he cracked the whip with me a lot. That’s public, you know? Looking back, there were times when I was really mad with him, but he knew what he was doing. He knew how to wind me up and get a performance out of me. He knew that if he dropped me, when he brought me on for 20 minutes in the next game, he was going to get 20 minutes of the best I could give.

"He didn’t just criticise. I remember him telling the press that Frank Lampard was the best player in the world. At the time, Frank didn’t realise how good he was, but as soon as Mourinho said that, Frank’s shoulders went back.

"It got 10 per cent more out of him that even I didn’t know was there. He knew what to say to get the best out of different people."

"José was fantastic, tactically, at recognising an opponent’s strengths, nullifying those strengths and then counter-balancing that by finding ways to hurt them.

"I could tell you about so many games where he dissected how an opponent would play, stopped them doing it and found a way to win. Big games, too."

Jean Tigana has admired Mourinho from afar since he last managed

"He has two personalities he has developed – willingly, because he is intelligent. From the outside, I think on purpose, he shows only his bad side. He should show us his good side a bit more, because he has quality.

"You don't win multiple European Cups with different clubs if you don't have quality. Tell him from me: 'Show me a bit more of your good side.' Because he does have one. It works a bit everywhere, his style."

"I learned a lot from the coaches I played for.

"At Porto, under José Mourinho, we won everything with a fantastic group of football players. Mourinho built that. He made us succeed; won everything. This has a big impact."

Anthony Hudson observed Mourinho's methods when he was Real Madrid manager, during 2012/13

"I went to see José Mourinho at Real Madrid, at a time when he was under real pressure. In fact, he was by no means a favourite in Spain. It was around the time when he had dropped Iker Casillas, and poked Tito Vilanova in the eye. Importantly, he was losing games.

"I arrived, though, and you would have thought he was winning every match. He was so relaxed, calm, joking around and felt bigger than everything.

"On the Friday before the game, he showed me what they were going to do against their opponents, Real Sociedad, and how it tied into the training that morning.

"I could not believe that a manager under such pressure was talking to me, some young coach, about his tactics. From that visit, I realised that you always have to be bigger than the situation at hand."

José Morais coached under Mourinho at Inter Milan, Real Madrid and Chelsea from 2009 to 2014

"You know when you buy the Christmas lottery and it’s time to check the numbers?

"When my phone rang and it was José Mourinho at the other side of the line, inviting me to work with him and Inter Milan, it was like my number had come up.

"I was listening to what he was saying but could not believe it. My life was just about to change completely. I had the winning number.

"I was working at the time in Tunisia, with Espérance. I was doing fine, doing a good job at the African club. I wasn’t thinking of leaving until I heard what Mourinho, the best coach in the world, told me.

"If I wanted it? I answered him saying that I had my suitcase behind the door. Without a doubt, it was what I most wanted. I had liked Mourinho since the Benfica years. At first, it was admiration for his work. Afterwards, with Inter Milan, Real Madrid and Chelsea I went on to admire Mourinho as a person. He is more than a friend. I considered him a brother that life has given me."