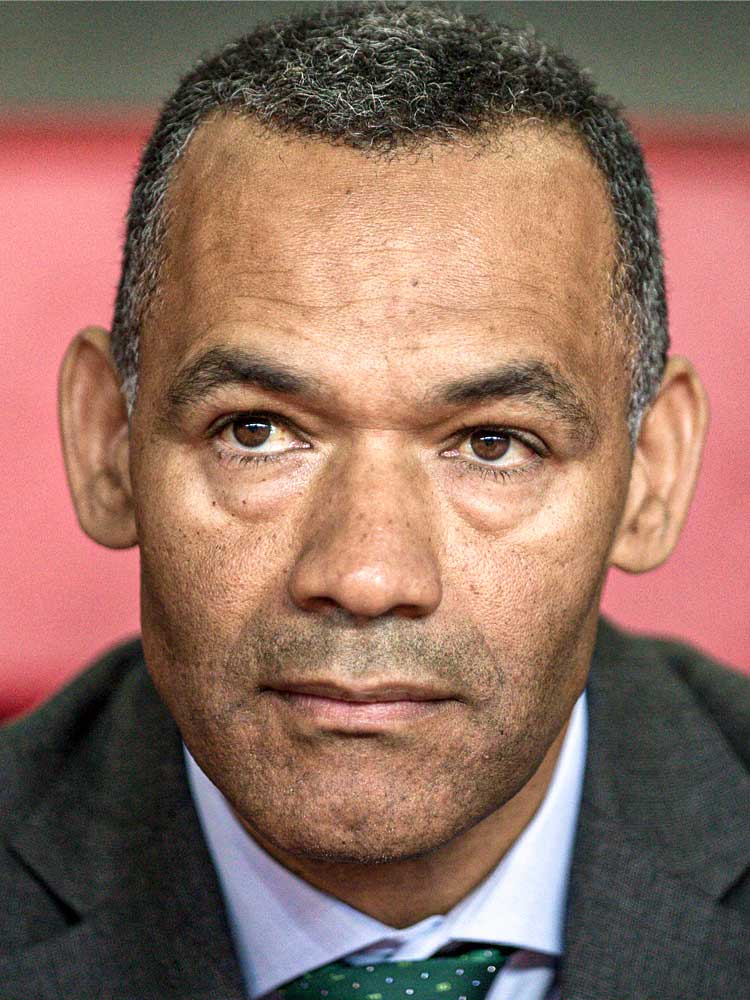 You know when you buy the Christmas lottery and it’s time to check the numbers?

When my phone rang and it was José Mourinho on the other side of the line, inviting me to work with him at Inter Milan, it was like my number had come up.

I was listening to what he was saying, but I couldn’t believe it. My life was just about to change completely. I had won the jackpot.

I was working in Tunisia, at Espérance, at the time he called. I was doing fine; I was doing a good job. I wasn’t thinking about leaving until I heard what Mourinho, the best coach in the world, told me.

If I wanted it? I told him my bags were packed and ready, by the door. No doubt about it – it was what I wanted more than anything.

I had liked Mourinho since the Benfica years. At first, it was admiration for his work. Afterwards, with the daily co-existence we had in Inter Milan, Real Madrid and Chelsea (below), I went on to admire him as a person. He is more than a friend. I consider him a brother that life has given me.

My profession is also my passion. This job has taken me to lots of places around the world. It’s an interesting and demanding life. You get to live your life with enthusiasm and excitement every day.

I’ve run into different types of people and cultures wherever I’ve been. But there is something that never changes – we all are human beings. Throughout my career I’ve had the joy of meeting extraordinary people.

I’m curious and interested when it comes to meeting people. Knowing their approach to things, understanding the way they think. I’m always looking for opportunities to assimilate ideas. It’s fundamental to my profession.

"the experience i had at benfica was vital to my development"

A recent challenge was in South Korea. Before that, I was working in Ukraine. It was then that my agent presented the opportunity to go to Asia, to join Jeonbuk Hyundai Motors (below). It’s one of the top clubs in Korea, always battling for silverware. It was exactly what I wanted for my career.

It was a risky change, though. I was heading to a culture that was unknown to me, and there was the language barrier. Besides that, from a football point of view, Jeonbuk had been very successful with their previous coach, Choi Kang-hee. Not many people were interested in managing them after such a successful spell.

I took on the challenge, not knowing exactly what type of difficulties I might have to deal with. My focus is never on problems that might lie ahead. My thoughts are always focused on the positive in each experience. I just wanted to experience something new. I wanted to adapt to the country quickly, and implement my own philosophy.

Adapting wasn’t easy. The Korean way of thinking is very different to the western way. There is no physical contact when you greet people. I come from a culture where touching, handshakes and hugs are commonplace. Not for them. Greetings are at a distance. I thought it was strange at the beginning, just as they found my demeanour peculiar. Little by little, I started to understand those local cultural details, and my relationships improved.

The language barrier was certainly an obstacle. Having an interpreter made communication possible, but far from ideal. A conversation between two people is one thing. To add a third element turns it into something else.

Not everybody is willing to say what they would if there wasn’t an intermediary present. This ended up being one of the reasons that made me realise that my time at Jeonbuk, despite winning two leagues and a Korean cup in two years, was coming to an end. It was time to find a new project.

"mourinho is a good leader and always willing to discuss ideas"

Though my career had taken me a long way from home, my first project was in Portugal. At Benfica, the experience I had was vital for the development of my career. It allowed me to find the path to where I am now. I made contacts and gained experience.

I worked in the academy there, and I also coached the B team. My opportunity to work at the club, with some of its most renowned players, such as Deco and Maniche, came about purely by chance.

They were about to travel for pre-season. Players who weren’t fit had to stay to train at the club, and so one of the coaches had to take on coaching them. All the others were on holiday, and I was the only one available. Being available changed my life.

I was unbelievably lucky – other than me, the only other available coach was the great Eusebio. I’ll never forget everything I learned alongside him.

It was at Benfica that I met Mourinho. I never imagined he'd remember me all those years later, with that invitation over the phone.

My first year as his assistant was difficult. It was an exciting job, but exhausting. He pays attention to the smallest of details and expects the same from his staff.

"the mentality of that squad at inter milan was unparalleled"

My experience as a head coach helped me during those two years as his assistant. Ultimately, when I was analysing our next opponent, I’d come up with tactical ideas. Mourinho is a smart guy and, as a good leader, he is always willing to discuss ideas.

That Inter Milan team is unforgettable. Most people remember those matches against Barcelona – the Champions League semi finals. They were great matches with a lot of tactical intelligence from Mourinho. But there was a moment before that, in the group stage, that also demonstrates the winning mentality that team had.

We were 1-0 down against Dynamo Kiev, in Ukraine. Andriy Shevchenko had scored. It was very cold, and that score virtually left us out of the competition. Not even a draw was good enough. Mourinho made some tactical changes and we scored two goals in the last four minutes. That’s when history began to be made.

Barcelona had also been in that group, so we knew each other well by the time we got to the semi finals. To this day, I think Sergio Busquets exaggerated the foul that ended with Thiago Motta getting a red card in the second leg. We were one man down at the Nou Camp, and it was still the first half.

As we had won the first leg 3-1, we needed to defend our advantage. It wasn’t an easy task with 11 against 11, and the red card demanded an enormous sacrifice from each player. Samuel Eto’o ended up playing virtually as a left-back.

The mentality of that squad was unparalleled; they had a unique fighting spirit. I never came across another group of players like it, with such a determination and tough mentality. I will remember those players all my life.

"i got an offer from al-shabab. Mourinho convinced the chelsea board to let them borrow me"

There are no words to describe the drive behind that team. Those were magical moments.

The relationship between the players and Mourinho was indescribable. I remember one day, the Argentineans Diego Milito, Esteban Cambiasso and Javier Zanetti put on a barbecue together in the middle of a training camp.

I can still taste that meat. The synergy we had gave that meat an unbelievable flavour, the same way it did our victories with the club. I don’t think I’ll ever get to savour moments like those again.

When we first got to Real Madrid, Mourinho encouraged me to create a new department at the club. The idea was to improve the audiovisual analysis of our opponents. With that in mind, we forged a closer relationship with the company that edited the videos, with the aim of customising the content so it was more useful to us. Nowadays, almost everybody does that the same way we implemented it back then in Spain.

Real Madrid’s great status needs no further comment. It is a club used to winning and dealing with attention from all over the world. Starting there with a team full of stars, I did what I always do – I treated everybody the same. We are all human beings.

As an assistant coach, one of my duties is to make sure that each player knows what they have to do on and off the pitch. Leading a team ultimately means convincing them that we are on the right path. It requires collective belief. Otherwise, it won’t work.

"i will always be available if mourinho ever needs me again"

We spent three seasons in Spain; we won major trophies and we learned a lot. In that last season, maybe that collective belief, for one reason or another, was not the same.

Mourinho’s next stage – and therefore mine, too – was in England. He was going back to Chelsea, where he’d been very happy during his first spell. There was an immense challenge ahead, and he met expectations again by bringing more trophies back to the club. During that time in London, something unexpected happened in my career.

I got an offer from Al-Shabab, a Saudi club. It was an excellent proposal, financially. When I told Mourinho, he said I should ask for twice as much as they were offering. “If the Saudis pay, you can go,” he said.

The original offer was already crazily high. But they accepted my response, and Mourinho convinced the directors at Chelsea to allow them to “borrow” me. That is how I went to Saudi Arabia, did my job, and then returned to Chelsea.

When we left Chelsea, Mourinho didn’t work for a while. During that interval, an opportunity came my way. I accepted the job to coach Antalyaspor in Turkey.

From then on, my career and Mourinho’s have taken different paths. But reuniting with him is always on my radar. I will never stop considering that possibility.

I feel grateful for what he has given me in my career. I feel happy and fulfilled as a head coach. But out of gratitude and the fondness that I feel for Mourinho, I will always be available to join him if he ever needs me again.

I don’t care about the salary. I’ll grab my things and go.