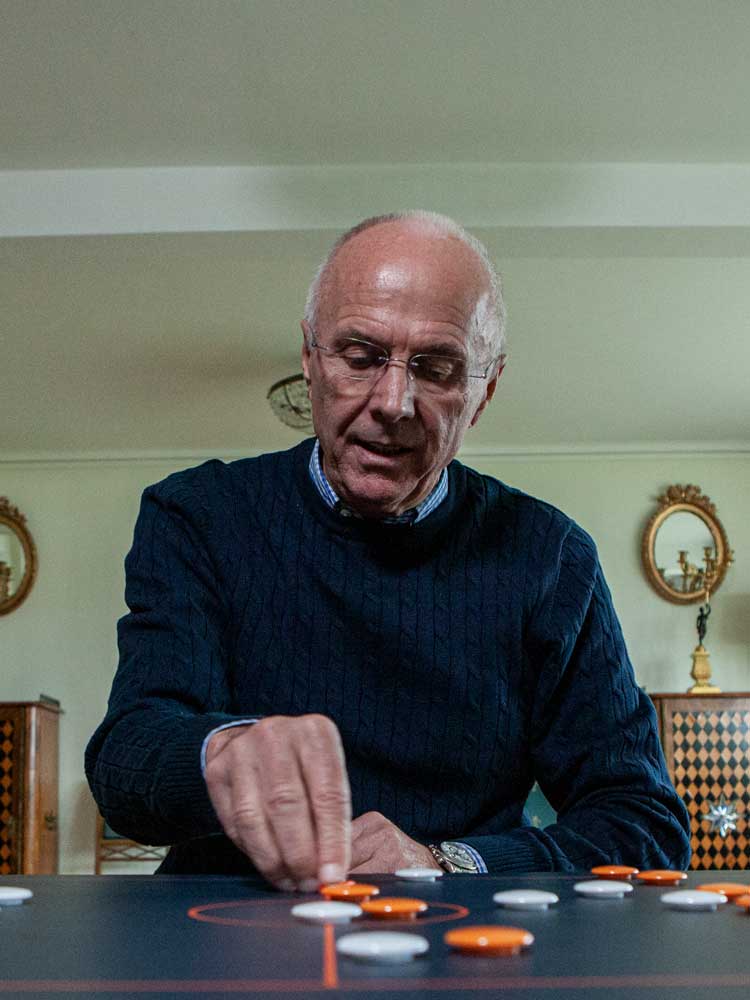 Sven-Göran Eriksson's decorated career perhaps reached a new high when he led Lazio to the 1999/2000 Serie A title, ahead of Juventus, who under Carlo Ancelotti had a similarly fine team. Trailing their rivals by nine points by late March, and having not won the title since 1974, an impressive run of results that started with a victory in the Rome derby led to them being crowned champions on the season's dramatic final day.

Analysing the talented team in which Pavel Nedved, Juan Sebastián Verón, Diego Simeone, Alessandro Nesta and Roberto Mancini were so prominent – they also won the UEFA Super Cup at the start of that season, against European champions Manchester United – Eriksson also reveals how he persuaded Sinisa Mihajlovic that his future should be in central defence.

Speaking exclusively to The Coaches' Voice, the Swede, who was later appointed England manager having enhanced his reputation with Lazio's success, discusses the impressive team that was then among the finest in Europe, and that won Serie A when it remained the highest-quality league in the world.