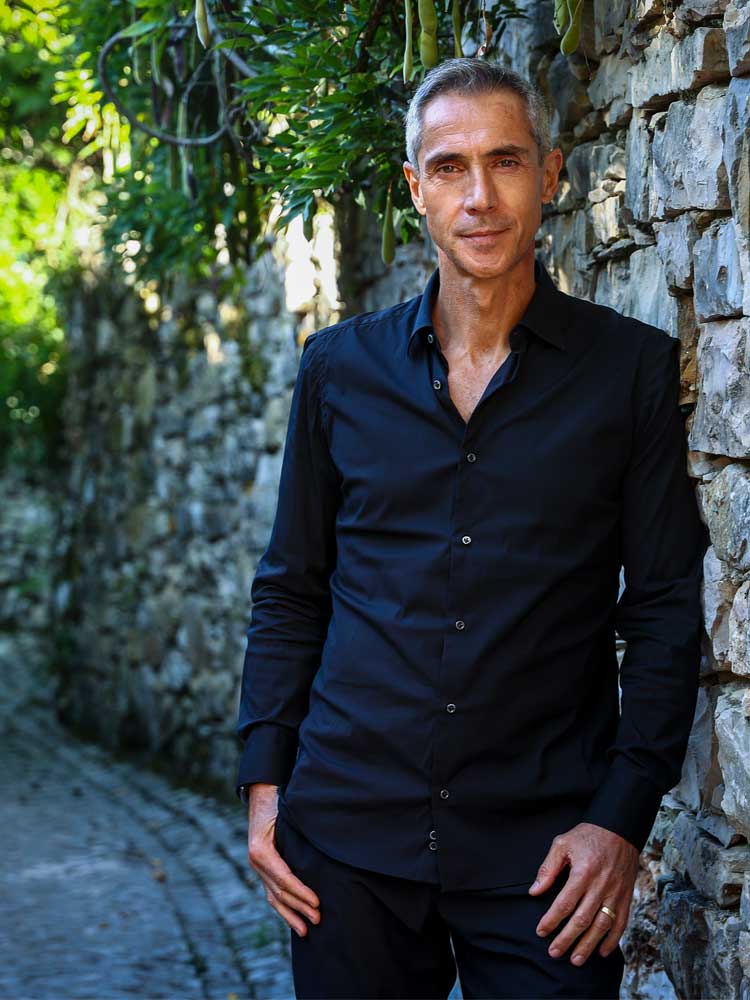 The mood around Juventus, in the days leading up to the 1996 Champions League final against Ajax, was something special.

At that time, the Champions League final was in focus all week. Between 3,000 and 4,000 journalists were focused on it.

We were working, all of the time, on tactics with Marcelo Lippi. He was moving players on the pitch; we were predicting what needed to be done.

The confidence in the processes that had been done for two years – it was the right moment to win that final. The mood was amazing.

I loved to have my own space, where I could visualise all of the information the coaches gave me. I tried to pass the time by focusing on delivering. On the bus on the way to the stadium, I focused – visualising the opponents near to me on the pitch to make the right decisions as quickly as possible.

When I arrived at Juventus, they’d not won Serie A for eight years. In my first year we got the job done, and reached the final of the UEFA Cup against Parma. That second year, our focus and attention was on the Champions League – it was something the club started to build towards. The energy; the investment in certain players.

Winning the Champions League was the ultimate. The entire world was talking about the competition – the best players are in that competition. We’d worked towards it for a year. It was a huge goal.

Juventus – we were a great family. We enjoyed being together, in the dressing room before and after the game, in training sessions, and socially. Turin, as a city, gave us the chance to build an understanding and be closer to each other, which was positive towards everything we were trying to do. It was a fantastic two years.

"marcelo showed me how to be more intelligent, tactically"

Marcelo was a really good communicator. Italy was also my first step, after leaving Portugal, to understand the game tactically. I was a shy, young boy when I arrived. I kept my thoughts to myself, but Marcelo pushed me and encouraged me to communicate.

He wanted my thoughts about training, games, opponents, and about ourselves. He changed me a lot as a person – he made me think more and more about the game, which helped me to grow, and to analyse and recognise things and make decisions quicker. Then, when I had more time to make decisions, to make my technical execution as good as it could be.

The way he worked tactically, on a daily basis, in sessions, was completely different. It was outstanding. His match preparations – our game model, and then detailed strategies in shuffling, pressing and timing our press and anticipating our opponents – helped me to read the game.

It became far easier to guide my teammates. When I later coached Fiorentina, the understanding I’d gained of catenaccio helped me a lot.

"antonio could organise us defensively and offensively"

Marcelo also showed me how to be much more intelligent tactically; to interact more with the others. He also showed, in certain moments, that you can be together with the players without that barrier.

Alongside me in midfield that night were Antonio Conte and Didier Deschamps. I didn’t expect any of us to become managers. When I finished playing I wanted to be out of football, but after eight months I realised I couldn’t be because it represented the biggest part of me.

With hindsight, I can see that their personalities gave them a chance to become the top coaches they are. Didier was always involved with the chairman, and trying to understand things. The Italian football culture is very demanding tactically – it’s in their DNA – and Antonio, as a midfielder, needed to link play. He could organise us both defensively and offensively.

We ended the game really well. The energy in the Stadio Olimpico in Rome was really positive – across those two seasons, the closer we got to the final the more we felt like we’d do it. Ajax had been outstanding in Europe for years, but we felt we could win.

When it went to penalties, I felt it was the moment to win. Penalties are a question of moments. The players were confident; Marcelo’s decisions about the penalty-takers were perfect, and positive energy leads to positive decisions.

When the winning penalty went in from Vladimir Jugovic, it was amazing; fantastic. We were running, and full of emotion. The intensity and focus to deliver all came out.

After Euro ’96, however, I felt Juventus wanted to move forward without me. In my first year I had a knee injury, and in the second I needed three months to completely recover from it. I felt a lot of pressure from the club, coach and fans to be involved in that first year – and that first year was amazing – so I didn’t stop, but it was very difficult.

My knee was always struggling, and I needed aggressive treatment to train and play, so I took the decision to move forward with another club. I had opportunities in England with Arsenal, but I chose to join Borussia Dortmund. I had played against them with Juventus in the Champions League. With their style of football, I knew I could have a big impact on them and their players.

I needed an operation and to recover, but it helped me to recover quicker. I played my best football there.

The three players behind me were Jürgen Kohler, one of the best centre-backs ever; Julio Cesar, a very strong defender one-on-one; and Matthias Sammer, who would dictate the game, communicate, drive into space with the ball and create overloads. They all helped towards that.

Alongside me in midfield was another future manager in Paul Lambert. He was very humble, and played with lots of energy to run and close down opponents. To have a player like Andy Möller in front of us – with his ability, running between the lines and asking for the ball – also suited my strengths.

"ottmar had real intuition in the moment and in making changes"

While I was injured I really connected with Karl-Heinz Riedle, a really intelligent player, and we linked really nicely. The players there really suited my game – I really enjoyed my football.

The Westfalenstadion, and the fans, were also amazing from the beginning. From warming up, they would sing your name, push you, encourage you during games, and you could feel that encouragement. It helped every player.

Our manager, Ottmar Hitzfeld, had real intuition in the moment and in making changes. He also interacted completely differently with the players – about decisions, and our strategy. He never sacrificed his leadership, but his capacity to interact with the players gave us more responsibility to help deliver game plans together.

We drew Manchester United in the semi finals of the 1996/97 Champions League. I played the first match, at home, but was injured for the second.

In the first leg, we were outstanding. We won 1-0, but could have scored many more goals. Manchester United barely had a chance, and we created a number of opportunities. We deserved to take a bigger margin to Manchester.

We were lucky in the second leg. They were much stronger than us, and had a big number of opportunities to score, but we defended really well and had some luck. Again, we won 1-0. Even Manchester United’s fans clapped us – they recognised our hard work. Over the two games, we deserved to reach the final.

Our opponents were Juventus, who had invested a lot in their squad. There were two occasions in my career when I found it more difficult to control my emotions and to focus - one was against Real Madrid when I played with Juventus, and the other was the 1997 Champions League final.

Playing for them the year before meant most of the media attention that week was on me. I had media duties, and I knew Juventus’ chairman and some of their players. It was really difficult to handle, and I became really nervous.

The day of the match, when I work to visualise the game and focus, gave me the chance to calm down and focus on my task to support and motivate my teammates. I pushed them to have the same confidence as me that we could win.

The first 20 minutes were really difficult – Juventus had some good opportunities. I then told Paul to concentrate on Zinedine Zidane, and that I would take the other midfielders. It had a big impact.

Straight away we started to control the game and create opportunities. We got closer to their goal, won corners, and eventually scored twice through Karl-Heinz.

Marcelo, of course, made some moves – including putting on Alessandro Del Piero, who scored a fantastic goal.

But Ottmar, with his instinct, took a big decision to bring on Lars Ricken, and with his first touch he scored a fantastic goal to chip Angelo Peruzzi.

After that, we were in control.

The biggest recognition for the players is from the fans – we play for them. Afterwards, I even listened to a big section of the Juve fans also singing my name.

We had won Dortmund’s first Champions League. It was something really special.