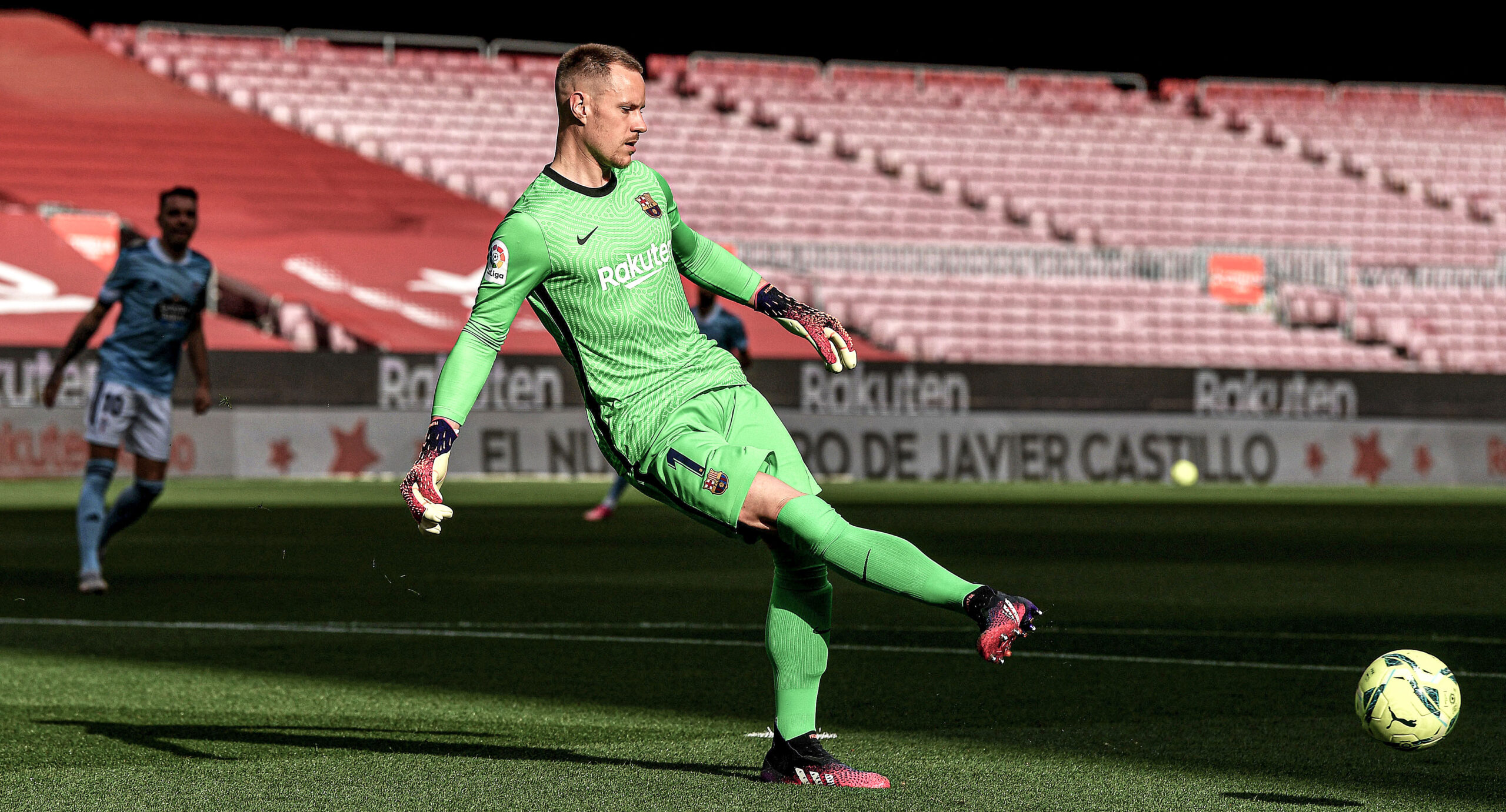 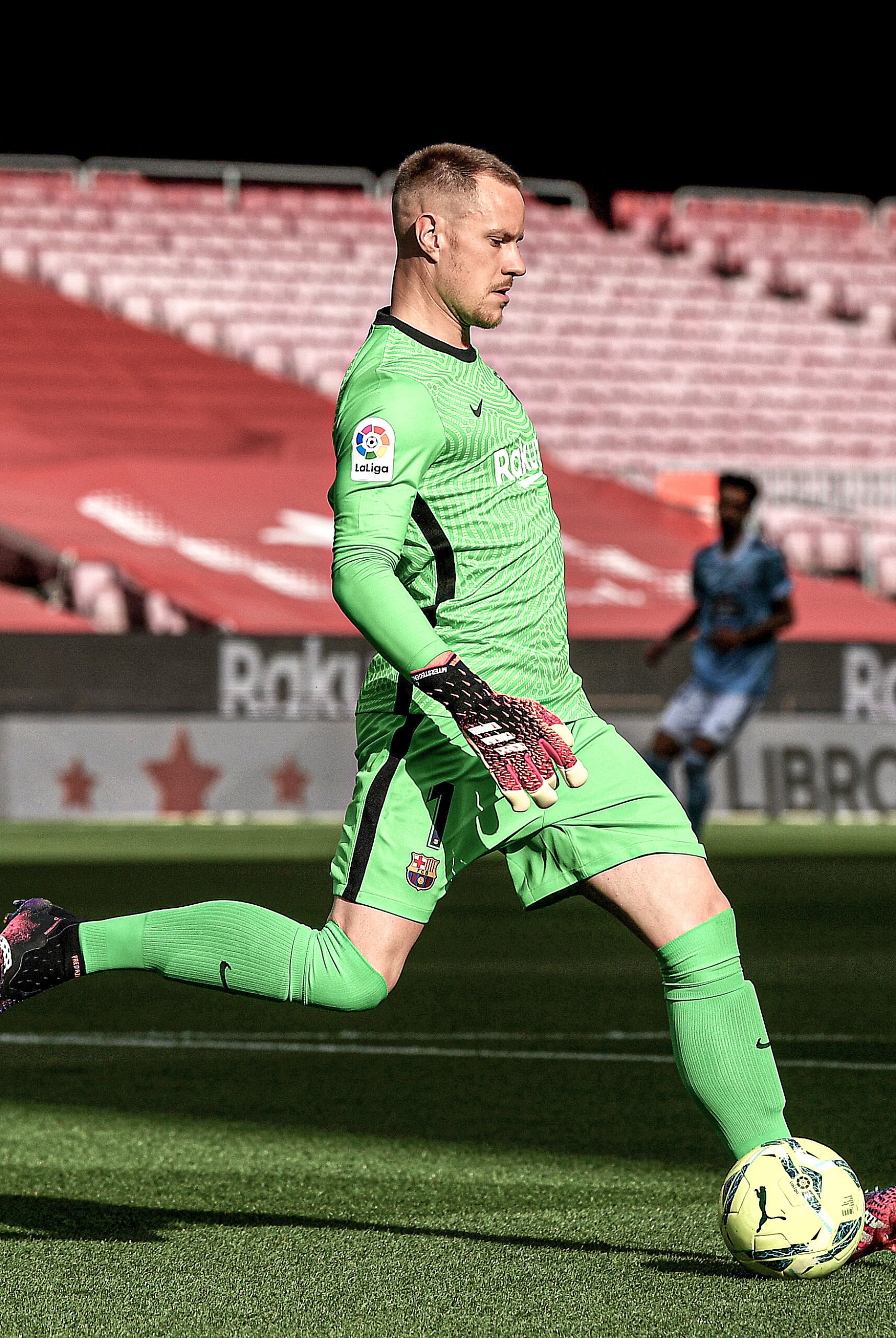 What is a modern goalkeeper?

There was a time not so long ago when the goalkeeper’s only job was to keep the ball out of their net. As the only players on the pitch who could use their hands, while wearing a different shirt to everyone else, they were seen as almost completely separate from the rest of the team. In recent years, however, the role of the goalkeeper has changed radically and irreversibly.

The modern goalkeeper plays a fundamental tactical role at the base of the team. The goalkeeper is now so important in possession that their actions can alter a team's entire style of play.

Attacks now start with the goalkeeper. The modern goalkeeper needs to be able to play accurate short passes as well as long balls. Even the long passes tend to be aimed towards a specific player rather than kicked up field as far as possible. As is the case with outfielders, every one of the modern goalkeeper’s actions has tactical intention behind it.

How has the role of the modern goalkeeper evolved?

At the beginning of the 20th century, the goalkeeper was allowed to handle the ball anywhere in their own half. This rule was modified in 1912, to limit the goalkeeper to using their hands only inside the penalty area.

As a result, goalkeepers had to improve their footwork. When the ball came back to them, they almost acted as another outfielder, needing to control the ball and kick it upfield or pass it to another teammate. The rule-change revolutionised the modern game.

In recent years, the role of the goalkeeper has become increasingly important, and coaches now base their build-up play on the goalkeeper’s ability with their feet. For many of the game’s prominent coaches, the goalkeeper having the ball signals the start of an attacking move.

Who are the best modern goalkeepers?

During the build-up phase, the Barcelona goalkeeper becomes an extra outfield player. He is so adept with the ball at his feet that he is happy to play first-time passes, and will play risky one-twos to quickly set his team on the move (below).

Ederson is almost totally unique in the modern game. Pep Guardiola requires a very particular kind of goalkeeper, and Ederson fits the bill. He is extremely competent with the ball at his feet, and he also has exceptional vision. The City goalkeeper will always look to find the free man to start off his team’s moves, and has incredible long-range passing, with which he has even been known to create chances for a striker with one direct ball in behind the opposition. He is very calm when under pressure, often performing turns or feints on the ball right in front of his own goal. He is also comfortable playing risky passes into midfield (below).

The Liverpool goalkeeper plays an important role in his team’s build-up play, making himself available to recycle possession and give fluidity to their play. Alisson won’t take as many risks as Ederson, but he is composed and competent on the ball, happily moving play from side to side to start moves (below).

Although Courtois is far from as good on the ball as the other goalkeepers mentioned here, he has evolved significantly with his feet. He contributes more in defensive situations than in the build-up phase, acting as a sweeper when his team is pushing forward in need of a goal. This helps Real maintain attacking pressure with the ball quickly being redistributed to a midfielder after an intervention by Courtois.

Which other players are considered modern goalkeepers?

What does a modern goalkeeper do when their team is in possession?

The modern goalkeeper is essentially another outfield player, actively taking part in the build-up phase – and some goalkeepers even create chances or provide assists.

They start moves off by passing out to the centre-backs or to a dropping pivot player, or by clipping a ball to a full-back or wide midfielder. After playing the first pass, the goalkeeper must readjust and offer a passing option to the player on the ball – just like an outfielder. The goalkeeper needs to be able to play short, medium and long passes from anywhere in their own third of the pitch; they have to push up to support the team when play moves up the field and away from their goal.

From a tactical perspective, the modern goalkeeper is crucial in creating overloads in the team’s own half. Given the opposition goalkeeper will not push up to mark an attacker, the in-possession team will be able to guarantee numerical superiority in their own half – an 11v10 – if they use their goalkeeper to build play.

That means that passing out from the back is always possible, and if the opposition commits lots of players forward to press, there should be a free player further up the pitch should the press be broken. Clearly, the modern goalkeeper is now integral to in-possession strategy.

What does a modern goalkeeper do when their team is out of possession?

Despite the many ways the game has changed over the years, the goalkeeper’s main responsibility is to protect their goal. With that in mind, even though the modern goalkeeper is increasingly important when the team has possession, they will always have to keep in mind the fact that their goal will be left empty if they move up the pitch.

However, the modern goalkeeper takes more risks than goalkeepers once did. As defensive lines have got higher, the goalkeeper’s starting position has become more advanced. They have, in effect, become a sweeper behind the defence for any balls over the top. The term ‘sweeper keeper’ is a common term in the modern game.

The modern goalkeeper defends on the front foot, ready to run out and clear any balls played over the top of the defence. While remaining close enough to goal that they can’t be lobbed easily, many goalkeepers now rush out to sweep up at every opportunity. As a result, they need to be adept at clearing the ball with both feet and their head.

Modern goalkeepers need to have confidence, and be assertive and decisive in their actions. Any moment of hesitation can be catastrophic, as a split second can be the difference between getting to the ball and a striker beating them to it. They take lots of risks, and so are open to situations in which they could be left embarrassed.

What are the benefits of playing with a modern goalkeeper?

The main benefit is having an extra player on the pitch when building play, with numerical superiority established more easily when playing out from the back. This leads to more benefits further up the pitch – most importantly, being better able to find the feet of a midfielder, who can then look to get the ball into dangerous parts of the pitch.

What are the disadvantages to playing with a modern goalkeeper?