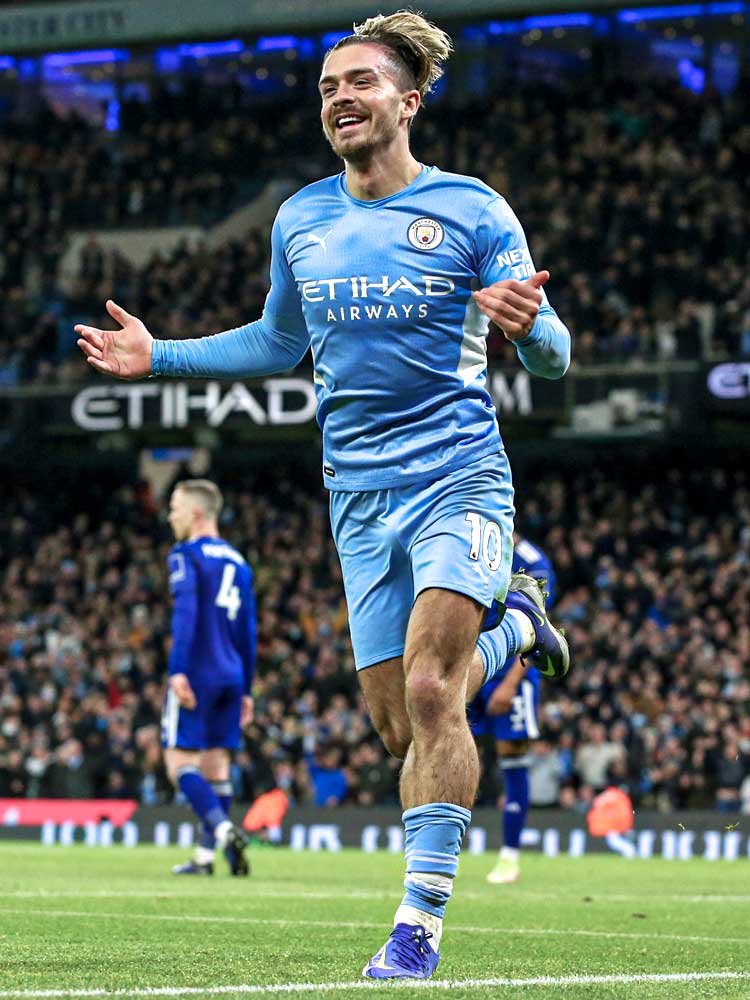 Manchester City extended their lead at the top of the Premier League with a devastating display of attacking football against hapless Leeds United. First-half goals from Phil Foden, Jack Grealish and Kevin De Bruyne were complemented by those during the second from Riyad Mahrez, De Bruyne again, John Stones and Nathan Aké.

"What I proposed was not good enough," said Leeds' manager Marcelo Bielsa after the game. "The ideas, solutions, what I proposed and organised – none of it worked. In no moment were we able to balance the game. The sensation we gave off, anything they attempted we couldn't prevent it, and anything we attempted wouldn't prosper. In their half nothing happened and in our half everything happened."

His opposite number, Pep Guardiola, who in victory became the quickest manager to reach 500 Premier League goals, said: "We played a really good game. We dropped five points against Leeds last season with the same guys we had today, except Jack [Grealish]."

Balancing fluidity and defensive protection
Manchester City were organised by Pep Guardiola into an in-possession 4-1-4-1 formation (below), with Rodri operating as the midfield pivot and mostly Phil Foden as the team's false nine. The hosts commanded near-complete control of the ball against Leeds' similar 4-1-4-1 shape, with a constantly moving structure their opponents couldn't deal with. Individuals rotated and moved into different areas of the pitch to stretch the visitors, without ever sacrificing the defensive protection provided by numbers in central areas.

Using overloads to create passing options
City comfortably established and built possession in their defensive third through the 2v1 or 3v1 (when Ederson was involved) overloads against Daniel James, who was forced to run between Rúben Dias and Aymeric Laporte as they exchanged passes. When they moved James enough that there was sufficient distance between him and the ball, the in-possession central defender would drive forward and in turn draw the next opponent towards him, freeing up a teammate. In the example below, Tyler Roberts moves to press Laporte, leaving Rodri unmarked at the base of midfield. This was a pattern City capitalised on regularly.

Exploiting weakness in Leeds' man-oriented defence
City's dynamic, fluid movements repeatedly pulled Leeds' players out of position, which created more spaces for them to attack into. In the example below, Phil Foden draws Luke Ayling out of Leeds' defensive line; this in turn creates space for Kevin De Bruyne to attack and receive from a totally free Rodri. The shortcomings in Leeds' man-for-man defensive approach – here, Tyler Roberts has failed to get close enough to Rodri to put any pressure on the City midfielder – enhanced City's attacking potential throughout. The result, inevitably, was a seemingly unstoppable flow of goalscoring chances for the home team.

Prioritising triangles and combinations
Marcelo Bielsa set Leeds up in a 4-1-4-1 formation, with Daniel James operating as a lone forward in the continuing absence of Patrick Bamford. They looked, when they had the ball, to create triangles as they built possession, to complement the play-forward-run-forward approach so favoured by their manager. One opponent is drawn by a first pass; the next pass is played to the third player in the triangle, as the second works to move off the back of the opponent attempting to press him. Leeds' wide forwards looked to use the full width of the pitch to stretch Manchester City (below), and so create space infield for those desired combinations.

Struggling against City's intense press
Leeds repeatedly attempted to play out from their defensive third, despite being confronted with an aggressive press. City used two players in the first line of their press, rotating who they were to maintain their intensity. This served to force possession to one side of the pitch and contain Leeds there, in turn making them easier to predict. The visitors struggled to adapt and rarely moved the ball with enough speed to break the City press. Instead, they were regularly restricted to one side of the pitch, from where they had little choice but to play more direct forward passes (below) that City mostly recovered – either through a back four featuring John Stones at right-back, or through Rodri's success in collecting the second ball. If Pep Guardiola's team made regains further forwards, their first defensive line of two were positioned where they posed a considerable transitional threat.

Limited success in the wrong areas
It took until the 39th minute, by when they were already 3-0 down, before Leeds found a suitable solution to beating the City press. They recognised that defensive midfielder Adam Forshaw could be freed up between the two teams' shapes (below); he wasn't available as a first option, but he became accessible after possession was moved wide – particularly if moved at speed. When it was, their favoured triangles and combinations were likelier to work, in turn leading to the creation of another passing option. Leeds thereafter had occasional spells of possession, but the numbers with which City defended, both high up the pitch and in front of their own area, meant they continued to struggle to create any goalscoring chances of note.