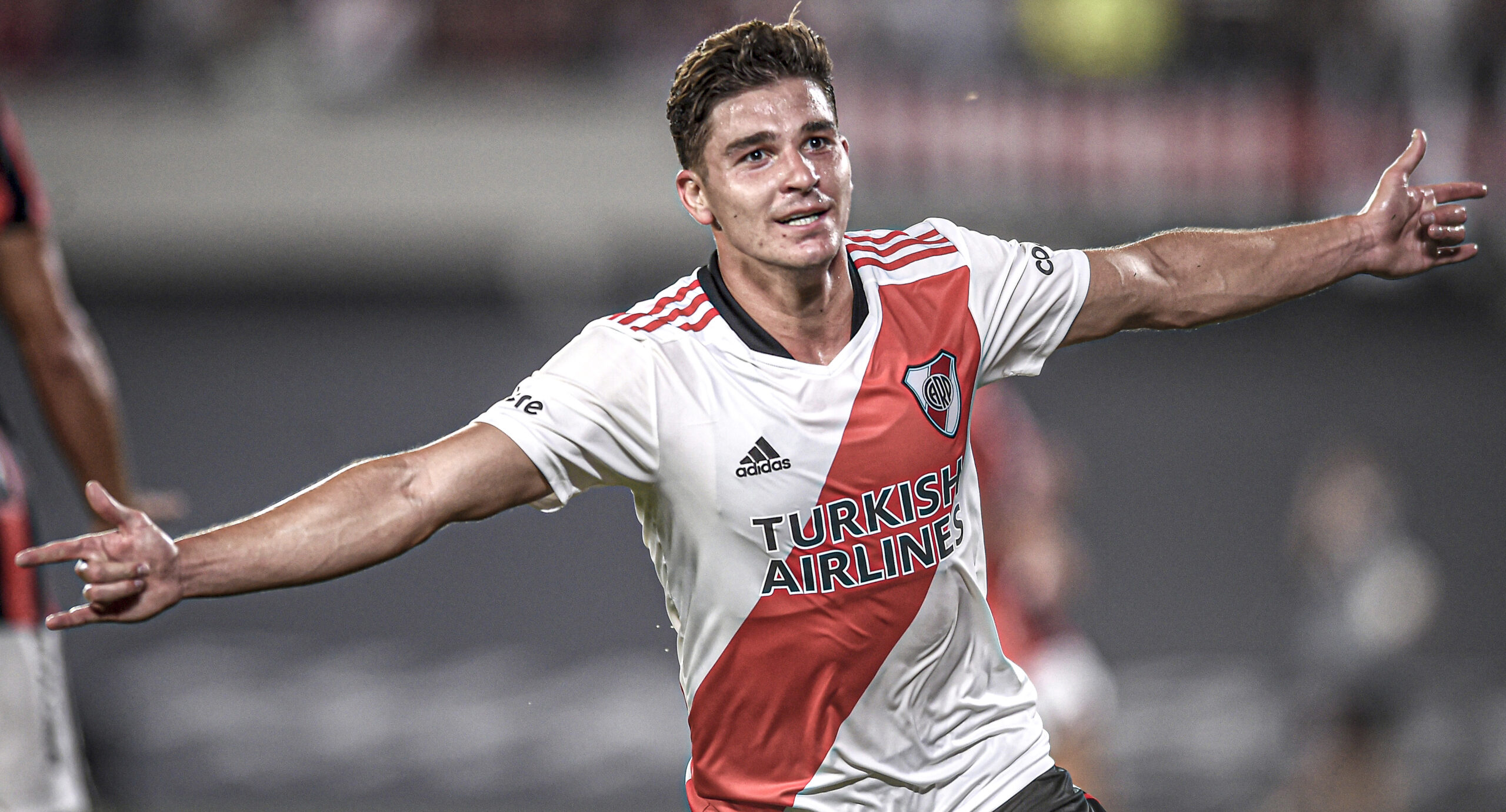 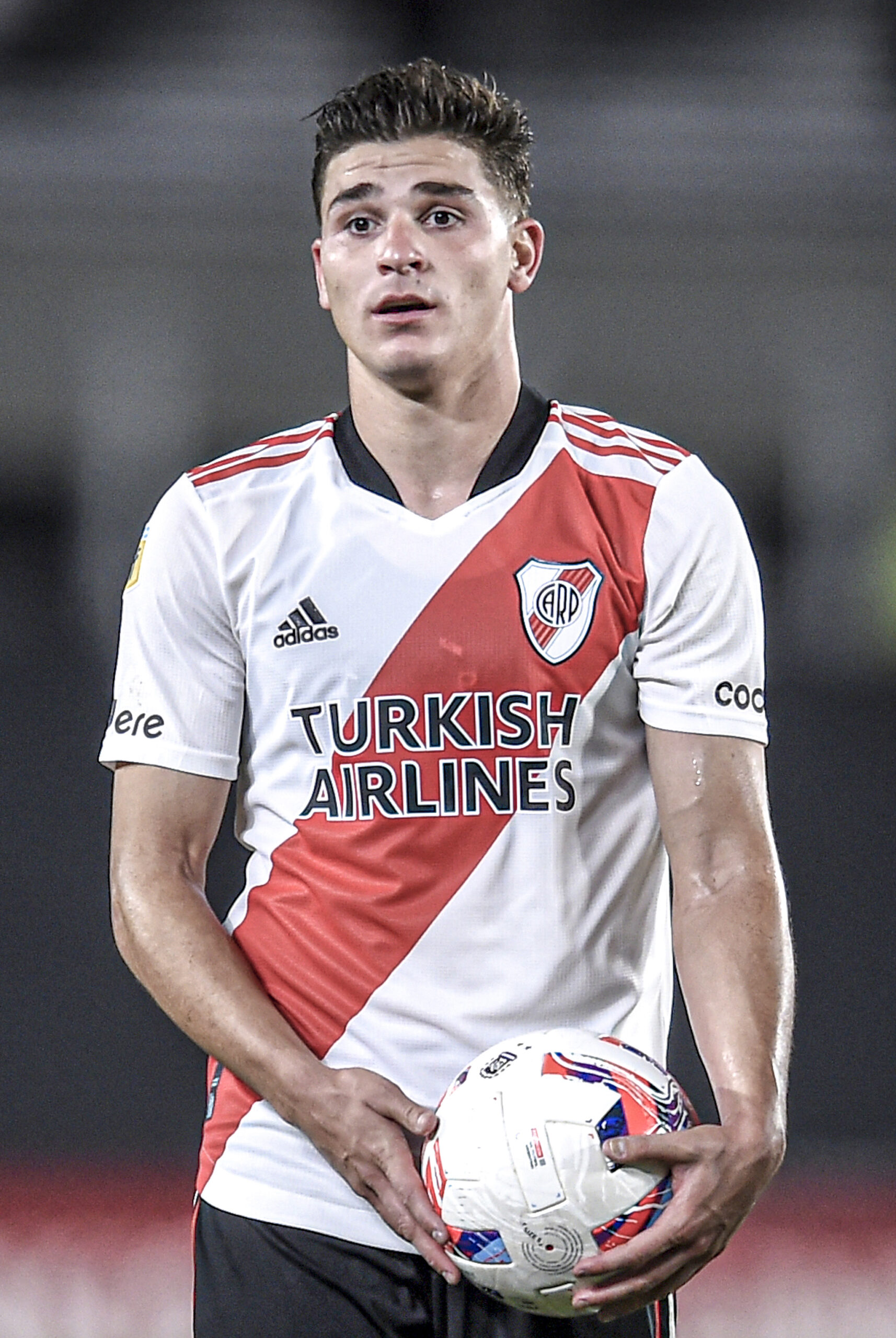 "Julián Álvarez is a player coaches love for his quality, generosity and mischief on the pitch," Marcelo Gallardo said of a new attacking talent emerging at River Plate in 2018. Within a matter of months, Gallardo was bringing an 18-year-old Álvarez a start in the Copa Libertadores final against bitter rivals Boca Juniors.

Since then, Álvarez has grown and grown at River under the guidance of Gallardo, a coach with a reputation for nurturing young talent. His form eventually caught the attention of some of Europe’s top clubs, and Manchester City ended up winning the race for his signature. A transfer worth a reported £21 million was completed in January 2022, though Álvarez returned to River on loan for the rest of the campaign.

“Julian is a player we have followed for a long time,” said City sporting director Txiki Begiristain. “He is capable of playing in many positions in attack and I firmly believe he is one of the best young strikers in South America."

Álvarez is a versatile player and, as Begiristain said, can play in several different positions. He can play as a centre-forward or a right-winger in a three-man attack, but can also play up front in a two, and he enjoys having a strike partner. He has shown in his career so far that he can play alongside players with very different footballing profiles. Álvarez is able to play either as a number 9 or as a second striker, and is happy to drop between the lines to create for others.

He works hard to create space for teammates in central areas. With his extremely intelligent movement, he is constantly on the lookout for space to offer a vertical passing option to his midfield teammates. He moves on the blind side of the opposition’s central midfielders and looks to receive before combining with others close by (below). Midfielders can then make a run beyond him into the space he has created in behind the opposition. Once he receives the ball, he does not overcomplicate things, and will often play the simple pass with his back to goal, before then spinning out to get into a position where he can threaten goal.

Álvarez is clinical in the penalty area. His off-the-ball movement is exceptional, and he possesses an excellent understanding of how to attack the space behind an opposing back line. He uses his body to gain an advantage when he bursts away from an opponent, and he uses every yard available to him, moving to a position just on the edge of being offside.

With brilliant timing to his movements, he will run through the inside channel to either appear at the near or far post to receive the ball. He also slows down effectively after a quick sprint to ready himself to shoot when close to goal (below).

He is also both excellent in one-on-one situations and a genuine team player. He knows that the collective is stronger than any individual, and that means he makes good decisions in the final third. As a result, he adds plenty of assists to his impressive goal tally. He also has good physical attributes, and is able to sustain high intensity to his play for long periods.

Álvarez always likes to get on the ball – or at the very least affect play by showing for it. For that reason, he sometimes struggles to hold his position out wide when he plays on the wing and his job is to pin the opposition’s full-back and help create space inside the pitch. This is usually an issue when he comes up against a low-block, and so he will need to improve in this regard at Manchester City.

City come up against low-block sides regularly, and if Álvarez is to play on the wing, he will have to get used to periods on the periphery of a game. Pep Guardiola likes his wingers to stretch the pitch and Álvarez will have to change his game to fit in.

River’s attacking width is permanently provided by the full-backs, so Álvarez is accustomed to taking up central positions, even when he starts on the right wing. This allows him to remain close to goal and in a position to get into goal-scoring positions regularly.

When he has played as a number 10, his skillset complements his teammate Braian Romero. When one of them drops into midfield and draws a defender out of position, the other takes advantage of the space in behind. They co-ordinate their movement so that they stay on the same line for as long as possible (above), before darting in opposite directions.

When River press high up the pitch – something Gallardo's team do very well – Álvarez shows aggression and intensity in leading the line. He looks to guide an opposing centre-back towards the flank (above), with the aim of then locking the ball near the touchline. The players in the second line of the press then engage opponents in individual duels to try and win the ball back.

If the opposition beat River's initial press, Álvarez will – regardless of whether he is playing as a winger or a centre-forward – make a quick recovery run to ensure the team remain in a compact shape. He will then press the opposition’s midfielders from behind to force them into crowded areas (below).

Álvarez has many of the characteristics of a Guardiola-type attacker, and the fact he is used to high-intensity pressing will mean he has an even better chance of succeeding at Manchester City. He has a bright future and learning from Guardiola, with so many exceptional players around him, will give the Argentine youngster a fantastic chance of making a name for himself in the Premier League.