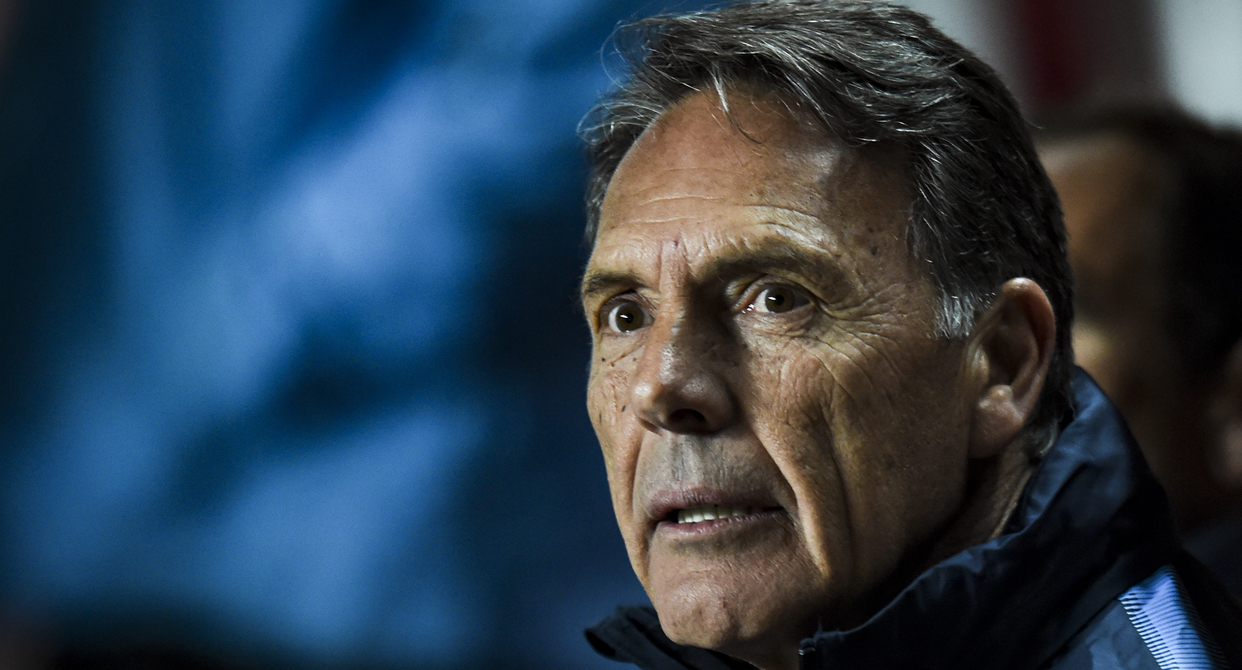 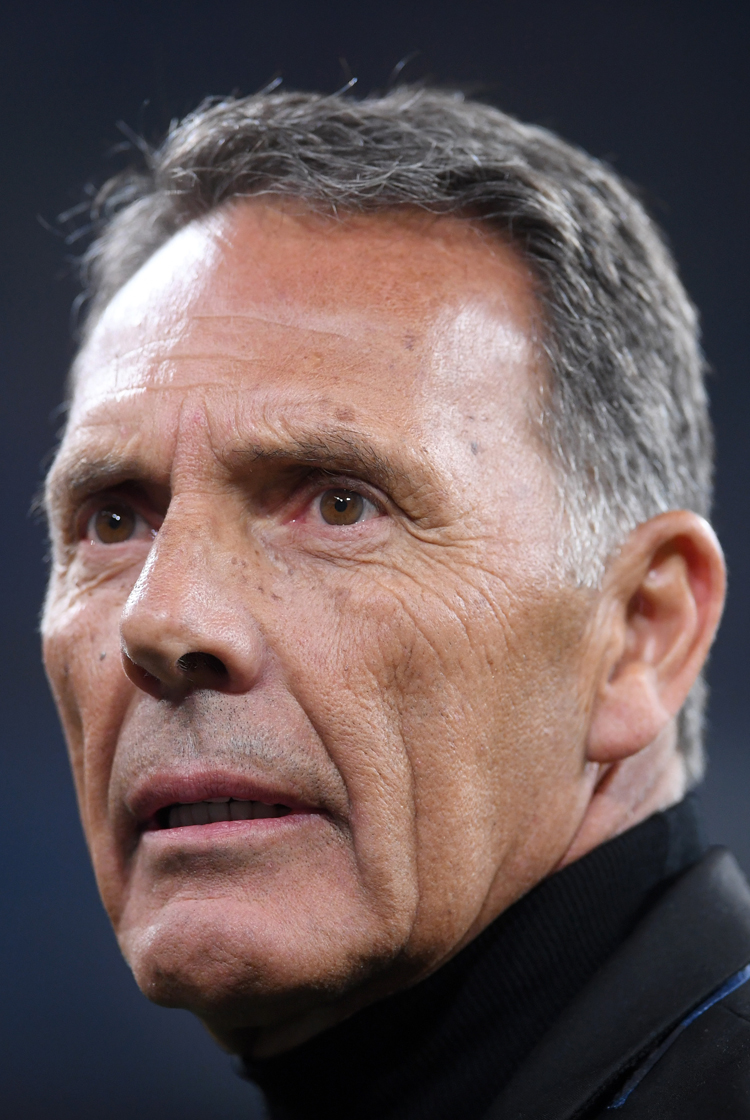 When the doctor told me I had prostate cancer I didn’t feel afraid.

I wanted to know what it would be like afterwards, and there’s nothing better than finding out about the experience of a cancer survivor. About what life is like afterwards.

I had a very important chat with my idol, the Spanish musician Joan Manuel Serrat, who was kind enough to visit me in Rosario.

“I had surgery for that 14 years ago,” he told me. “Pre-historic times. It is very different now.” His  words carried an extra weight because he went through it himself.

I also found great support from the board at Millonarios, in Colombia, where I was working. Firstly because they respected my privacy. Then because they immediately renewed my contract for two more years.

They were by my side at the beginning of that process and as it unfolded, too.

I didn’t tell my players. I thought that that was best, because we were at an important stage of the season and I wanted them to be only focused on that.

I don’t know if they knew, but they were very respectful to me. I decided to keep working, even though it could be hard – and at certain points incomprehensible to my doctor.

I remember going to hospital shortly after my first session of chemotherapy. “I don’t understand,” he said. “How can you be in the dugout only 48 hours after the session, with all that rain and cold? It’s beggars belief.”

"When I started coaching Lanús they only had six players"

The hardest time wasn’t even the cancer. That actually came later. I caught a hospital bug.

I felt very angry. I got really ill, and at one point I stopped taking calls. I decided to be on my own for a few days.

Then one morning I had had enough. I got started again and said to myself: “Miguel, you can’t let a bug kill you. Stop whining.” Eventually I recovered.

Through all of those tough times I had felt the love from people at Rosario Central, Lanús, Estudiantes, Boca Juniors, Vélez Sarsfield, Millonarios, Universidad de Chile and all the teams I was ever part of. Their support gave me a lot of strength.

Another thing that didn’t change – either then, or during the past 30 years – is football’s unpredictability. Those who think they know all about football have just started to lose. That’s been my motto from day one.

Those early years were exciting, but also tough. Those first steps were also very important in shaping me as a coach. I will always be thankful to Lanús for the opportunity they gave me.

"Carlos Bilardo was the best psychologist I've ever had"

When I started coaching them, 12 directors introduced me to the team, and there were only six players.

It was really five players, because one of them was injured and I went to meet him at the hospital after the training session. But they were different times.

I didn’t really prepare myself for the task ahead. It was more a process that started from my time as a player at Estudiantes. I am proud of having only played for a single team for 14 years – I am their third highest appearance maker.

During those years my football DNA developed. I cannot really explain how that happens.

Personal experiences are passed on from one generation to the next, and that makes you feel as if you really belong to the club. You would feel great respect for those who came before you.

It was history that would set you up for the future. The teachers I had were the ones who prepared me to coach – people like Eduardo Luján Manera or Carlos Bilardo (above).

"I went to Milan during those early years, to watch Sacchi"

Bilardo was a historic figure, in terms of results. First at Estudiantes and then in Argentinian football. His achievements are very hard to top, and I was lucky to be part of his early days as a coach.

He was not just a coach to me. He was the first to get me playing in the First Division and he helped me settle at the club.

He was the best psychologist I’ve ever had. He really set us up for what was to come.

I must also mention Osvaldo Zubeldía. He was the first coach who started to change things in Argentinian football.

He turned Estudiantes into the great club that it is. From a mid-table club, to one that went on to compete for glory. He changed the working methodology; he would come up with systems or set-piece plays. Sheer strategy. Then Bilardo strengthened all of this.

To all of that I added something that I still do today. Asking around, and getting information.

If I had to drive to watch a three-hour training session in the rain by Carlos Griguol, I would do exactly that. I also went to Milan during those early years, to watch Arrigo Sacchi (above).

When I told him I was sent by Carlos, Sacchi embraced me. He treated me really well.

I also visited Naples on that trip, to watch Diego Maradona’s Napoli (below), and went to a lot of restaurants and cafes in Madrid that were frequented by football people. I would find anyone that I thought would be of any help and sit down with them.

I grab every chance I can to talk about football. I don’t do it as often as I used to, but I still try to take a trip overseas every three or four years to take a closer look at what’s going on in football in other places.

I also like to learn from people who are football outsiders. I have meetings with chief executives at major companies, and university professors.

Managing a company, of course, is very different to football management. But there are still some things that apply, and that help you as a coach.

What I often conclude after these meetings is how important technology is to modern football. It has changed the way we manage players – it is very different to how it was in those early days, and it is linked to some of the marked changes that are taking place in society.

When I used to train as a player I would have to wait until the seniors were ready. It’s different today. Young players get to the dressing room and they don’t care who is there.

I don’t mean that there’s anything wrong in that. It’s simply just the way it is.

As a coach these are the things that you have to adapt to – no matter how long you may have been in the business. You cannot think that your way is the only valid way. Development is at a really high level, and you are challenged to the maximum every day.

There is even a competition that embodies all of this complexity like no other – the Copa Libertadores.

It was during Estudiantes’ great years in the Copa Libertadores that I was truly born as a player. We were close to winning it in 1982/83.

"Juan Román Riquelme is a real man of football. A genius"

Those random things that sometimes happen in football meant that we fell just short of becoming champions of South America. We lost to Gremio – we had four players sent off during our last home game, we were 3-1 down, and with only seven players we still managed to draw.

It was one of those epic battles. Unfortunately it wasn’t enough for us to make it to the finals.

I later had the opportunity to win it when I was coaching Boca Juniors in 2007, and again against Gremio. I didn’t see it as revenge. The sport often resembles the football itself – constantly rolling.

These kinds of situations happen – you don’t have to go after them. Though you obviously need to be lucky enough to have good players – they are always the key to success as a coach.

I had a great team at Boca. Some excellent players, such as Juan Román Riquelme. I had a very healthy, up-front relationship with him – he is the best player I’ve ever coached, and the one that most amazed me.

He is a real man of football, who understands the hardest part of the business – the game on the pitch. He is a genius.

You are ultimately constantly writing your life story, and you come across different situations, at different clubs. You also encounter different personal situations, like what happened with Millonarios, and the bad news that the doctor gave me.

He has since said that one of the keys to my recovery is what my work means to me. But it's not simply that football was my therapy.