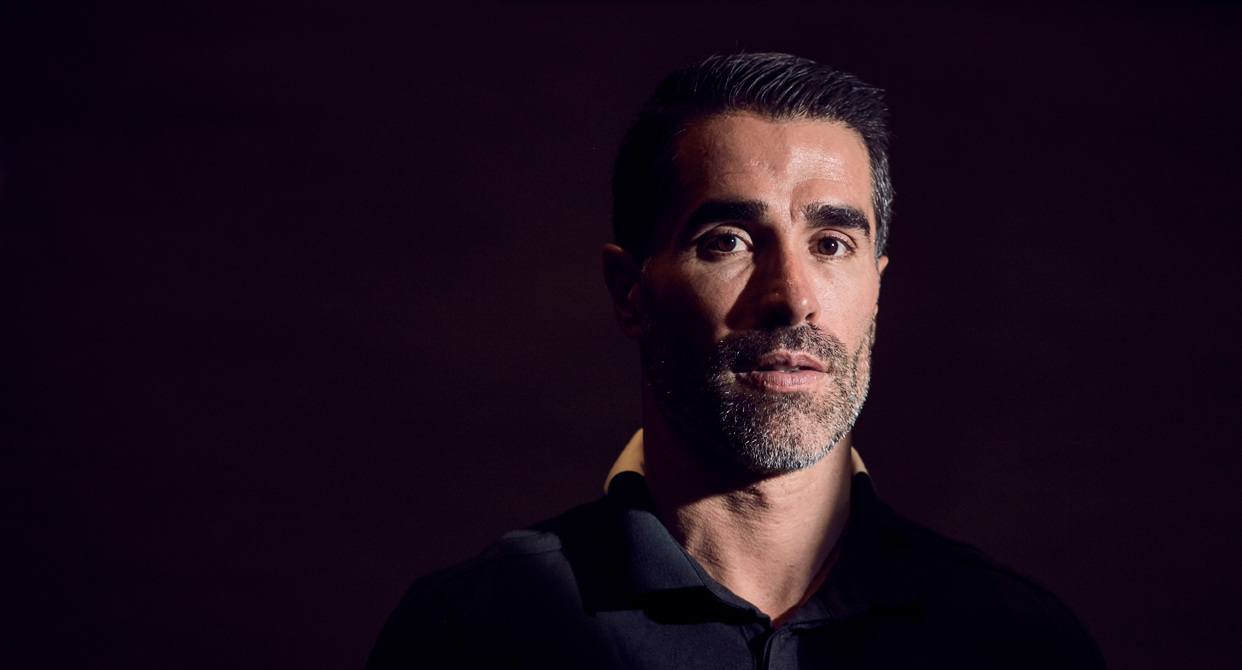 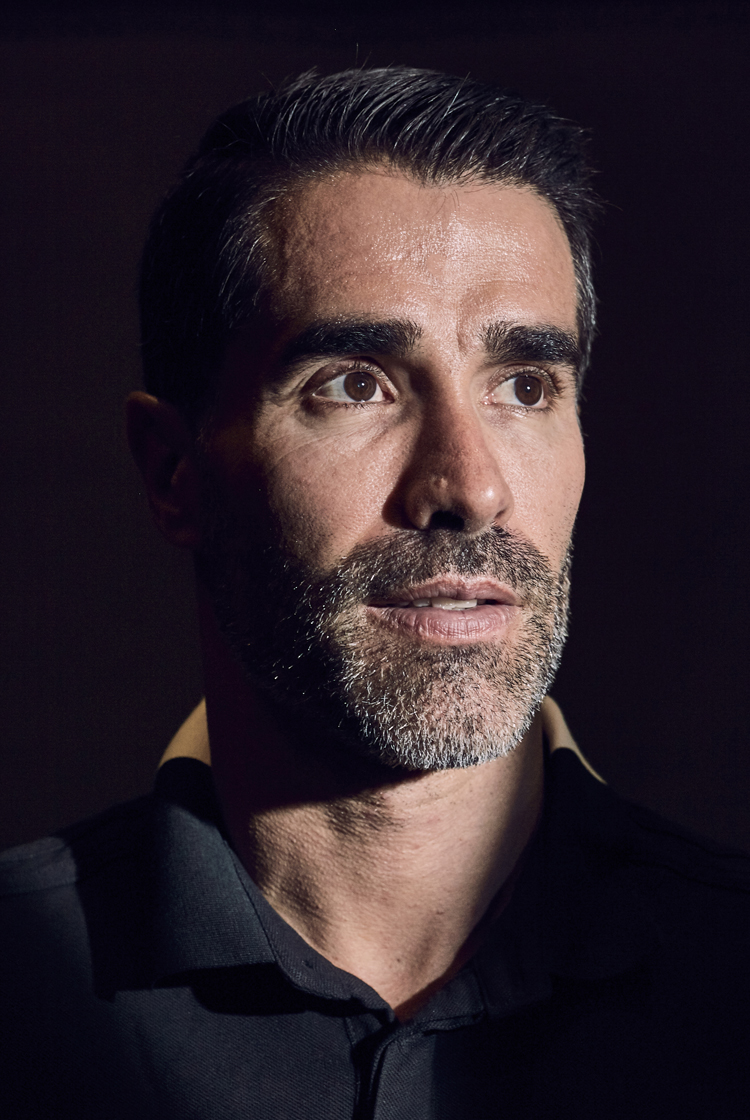 When Aston Villa came to see me, the first thing I did was go on their webpage.

Back in South America, we didn’t really know so much about the Premier League. They didn’t show many matches on TV.

I did know about the traditional teams. Liverpool, Manchester United. A bit about Newcastle, because Faustino Asprilla had played there. But the league as a whole? I didn’t know a lot.

That’s why I went online. I wanted to see where Villa were located, geographically. The club, the city. Get to understand the culture a bit. And then I made the decision and embarked on an adventure that proved challenging but tremendously rewarding for me.

That adventure had started in Medellín, Colombia. I was born an Atlético Nacional fan. My dad supported them, and my grandfather supported them. So I didn’t have a choice.

I was a fan from a very early age, but then I became a player – first with the club’s younger teams, and then with the first team. I made my debut very early, when I was just 18. Thanks to one of those quirks of fate, it was in a team that featured most of my idols: René Higuita, Andrés Escobar, Barrabás Gomez.

These guys were the foundation of the Colombian national team, too. To be part of a team of such renowned players, and to be able to win the league with them in 1994, was a dream introduction for me.

I also worked with a generation of revered Colombian managers. Hernán Darío Gómez, who had followed on from Pacho Maturana, and Juan José Peláez. They were all ‘paisas’, from the Colombian department of Antioquia, but all went on to coach at national level.

“No other derby brings the same pressure, scale and euphoria as River Plate against Boca Juniors”

Playing for Atlético Nacional in the Copa Libertadores, I had faced River Plate a couple of times – and played really well. I caught the eye of their manager, Ramón Díaz, and eventually he signed me. My adventure had now become international.

Díaz had a huge impact on my career. He opened the door for me to top-level football, and as someone who had been a successful striker it was much easier for him to give me tips, to teach me things specifically related to my position on the pitch.

I joined a team in a period of transition. Great players such as Marcelo Salas, Enzo Francescoli and Marcelo Gallardo had left or would soon leave, but the club was about to develop another great team. Javier Saviola and Pablo Aimar were coming through; Ariel Ortega would eventually return.

I was a little older than both Saviola (above, right) and Aimar (above, left), but from the first day we trained together we clicked; everyone could see there was something special about us as a trio. To play with them – to leave our mark on a club as big as River Plate, in a successful period – was very special.

The matches against Boca Juniors are among my best memories of that period. There is no comparison between the Argentinian derby and any other in the world. I don’t know if there’s another derby that brings the same pressure, scale and euphoria that River Plate-Boca Juniors generates. And the rivalry keeps on growing.

For a player to score a goal in a derby like that is almost to earn eternal recognition from the fans. It is almost like inking a tattoo or an indelible signature on the history of such an important club.

“The Premier League had its own difficulties. The language, the weather, the physicality and the speed of the competition”

I brought all of those experiences with me to Europe in 2001. To get to European football was something almost planned from the beginning. The dream of any player. To be alongside the best players in the world. As a South American player, though, the path to Europe almost always had to be through Argentina or Brazil.

Back then, the best football in Europe was in Spain and Italy. We always looked up to those leagues – and by that time I’d already had three chances of going to play in one of them. But things hadn’t materialised.

When the Premier League appeared on my horizon, I had already won the Argentinian title with River Plate, and been top goalscorer in the league.

After joining Aston Villa, though, things weren’t easy. There is always a normal adaptation process that every player must face, but I went through a difficult personal situation away from the game. My wife became ill when we came to England, and she spent almost six months in hospital when we had our first child.

But the league itself had its own difficulties. The language, the weather, the physicality and speed of the competition.

The demands were also different to my previous clubs. In Colombia and Argentina, I had played for clubs where we were obliged to win – not only each match, but every competition we entered. At Aston Villa, I had joined a team with a lot of history but one that wasn’t expected to win the league.

And, in terms of organisation, the club wasn’t really prepared when it came to bringing in overseas players from our region.

“David O’Leary completely transformed the mentality of the club; he brought a different spirit with more advanced methodologies”

Altogether, I played for four managers during my time at Villa. Each was very different.

John Gregory was the one who brought me to the league, and we had a good season with him – but he didn’t last long. Then came Graham Taylor. Very different. I don’t know if ‘traditional’ is the right word, but the game was changing rapidly and it felt like he was more of his time. We had a lot of problems that season, and were even in danger of going down. In the end, though, we just avoided relegation.

Then David O’Leary arrived, and he completely transformed the mentality of the club. He had had a very successful spell at Leeds United, and he brought not only a new way of playing, but also a different spirit with much more advanced methodologies. Together with his backroom staff, he developed us a lot as a team and we ended up having a fantastic season, fighting for the European places.

That season, I scored 23 goals in all competitions. The truth is that I didn’t really understand the scale of what that meant in a league like the Premier League. To be able to score 20 goals for a team like Aston Villa – I have better understood the significance of that with time.

It was probably one of the best things that happened to me.

Martin O’Neill arrived towards the end of my time in England. He was another manager with a different way of running the team who managed the group really well. He was also given a lot of resources to build a more competitive team, but still not to the level of the big teams in the Premier League. The budget was still different to the extent that we couldn’t really compete with those clubs at the top of the table; the squad was still a long way off.

That was always one of the main difficulties about coming from leagues where I was used to winning to a team that – at times – was fighting for survival.

But to be part of what eventually became the best league in the world, a tremendously competitive league, and to be successful in that league, is something that still makes me feel very proud.

And Aston Villa’s return to the Premier League makes me happy. I was deeply saddened by the fact that a team of such stature, such great history and with such great fans was playing in a division where it doesn’t belong.

“I had been a professional footballer for more than 20 years. I was comfortable with the decision I was taking to retire”

After England, I carried on my career in the MLS in the United States. It was almost by accident, because it was not something I planned. When the designated player rule was introduced, I got an invitation from the league, and then from New York Red Bulls, to be a part of it. I felt like I needed a change, so I accepted.

That was 2007. In that first group of players excluded from the salary caps at their respective clubs were David Beckham, Cuauhtémoc Blanco and me. I look back and think I was part of a generation that helped to transform football in the USA to a point where the game has grown exponentially. Both professionally and as a family, too, we enjoyed some spectacular years there.

I completed the circle of my adventure by going back to Colombia – although I hadn’t planned that either. It is easy to say that you will go back to the team where you started, the team you support. But you can never tell what will happen in the future.

This time, however, it happened.

I had already taken the decision to retire from football and settle in the United States.

When I was on holiday in Colombia, though, the offer came for me to go back to Nacional. A new project was being developed, and I would have specific sporting and organisational roles. I made the decision to return.

It was a bit selfish on my part, because it meant moving the whole family when the kids were a bit older, but it ended up being very rewarding. We built a really successful team and to be part of that was incredible for me. To close the cycle that way was extraordinary.

I retired after the final of the Copa Sudamericana (below) – against River Plate, of all teams. It was a very special moment, but also a bit difficult because it was my first time back at El Monumental after such a long time away. I was going to play the final against a team with which I had so much affinity.

In the end, I didn’t play in the game – but the people treated me fantastically. And it was in that precise moment, when we lost the final, that I took the decision to leave football.

It was 2014, and I had been a professional footballer for more than 20 years. I was happy and comfortable with the decision I was taking. I am not saying I was ready, but I was relaxed about it and looking forward to the future.

Since then, I have been teaching myself in different areas of the game. Why? Because, no matter what level you are, I think, you have to prepare for the next stage – be that on the coaching side, administration or media.

The Football Association of Wales offered me the platform to do my coaching courses, and it is something that I have greatly appreciated.

And now, yes, I would like to be a coach. At the moment I’m doing it in my head, being part of a coaching staff, being the head of the coaching staff. Once I feel I’m ready, I will go out into the market and see what my options are.

In the meantime, the important thing is to carry on teaching myself. To be ready for the next step of my adventure.