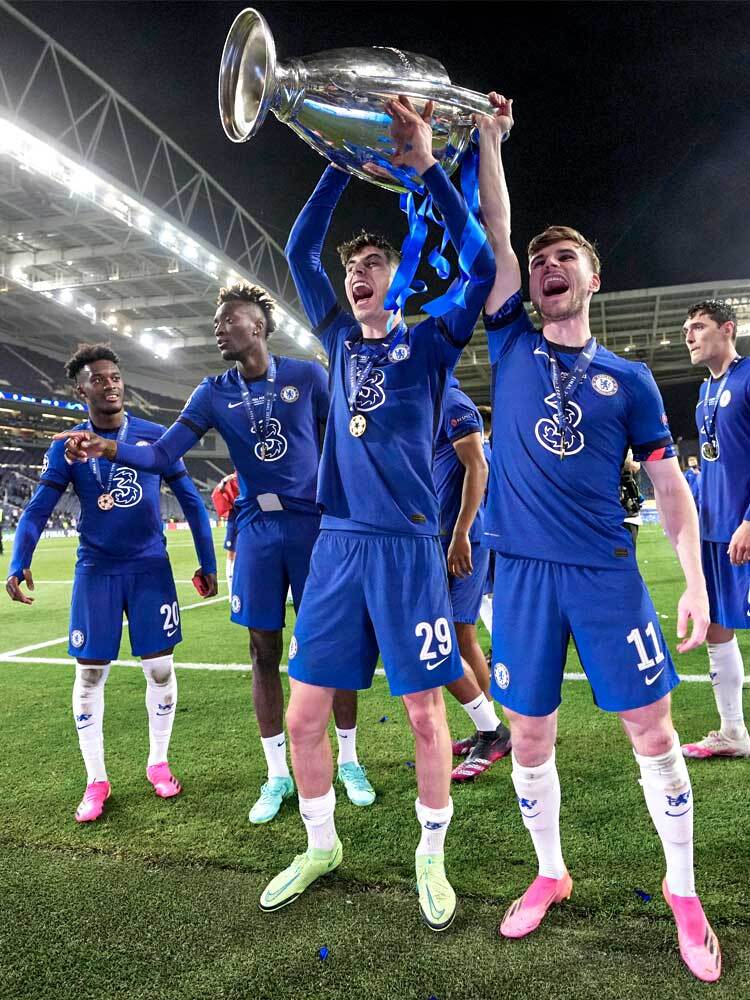 Chelsea 2021/22 Preview: Are Thomas Tuchel’s side the team to beat?

The improvement Chelsea showed after Thomas Tuchel’s arrival last season was stark. Tenth in the table when he was appointed on January 26, they stormed up the league to finish inside the Champions League places. As it turned out, Chelsea didn’t even need to finish in the top four, because they went on to beat Manchester City – the only side with a better Premier League record than Chelsea in the time since Tuchel’s appointment – in the Champions League final. As well as earning Chelsea their second European Cup triumph, the win served as a marker ahead of the next campaign: Tuchel’s Chelsea aren’t here to make up the numbers.

Following the success of Frank Lampard’s first season in charge – after a summer in which they could not make any new signings – a 2020 off-season that saw plenty of changes in personnel led to a slow start to the campaign. Those players are now coming good.

Thiago Silva marshals a formidable defence, Édouard Mendy is a high-quality shot-stopper, and Kai Havertz – the scorer of the only goal in the Champions League final – and Timo Werner appear to be improving in attack. Both Havertz and Werner have benefited from Tuchel’s tactics; Havertz looks more at home providing similar movements to those he made in Bayer Leverkusen's 4-2-2-2 attacking shape, and Werner is more consistently able to break into the left inside channel. Expect to see more of Ben Chilwell and Hakim Ziyech as attacking forces this season, too.

The performance in the Champions League final encapsulated the strengths of Tuchel’s Chelsea perfectly. It wasn’t particularly pretty, but their out-of-possession 5-2-3 once again proved extremely difficult to break down (below). Pep Guardiola’s City – the best team in England over the course of the season – had just seven shots, and only one on target. The victory was Tuchel’s third over Guardiola in his first five months in charge at Chelsea.

There were still a few disappointing results against lesser opposition, such as a 5-2 defeat at West Brom, a 2-1 loss at Aston Villa and a goalless draw at Leeds, as well as the FA Cup final defeat to Leicester. However, Chelsea’s most impressive wins hint at positive things to come.

If there is one concern, it might be that the team’s defensive solidity sacrifices a little too much at the other end of the pitch. Tuchel’s Chelsea do not concede many chances, but they also don’t score many goals. In 30 games in all competitions so far under Tuchel, Chelsea have scored more than two goals in only one game – a 4-1 win at Crystal Palace in April.

The aforementioned mauling at West Brom may have convinced Tuchel that a conservative approach was necessary – and, with the narrow Champions League final victory over City, he was arguably vindicated for that decision.

If they succeed in their chase of Romelu Lukaku from Inter Milan, he will certainly add some extra firepower in attack that should help the lack of goals. Regardless, there is a good argument that Chelsea’s performances in the second half of last season show they are ready to compete with the likes of City and Liverpool. Tuchel’s side are contenders.