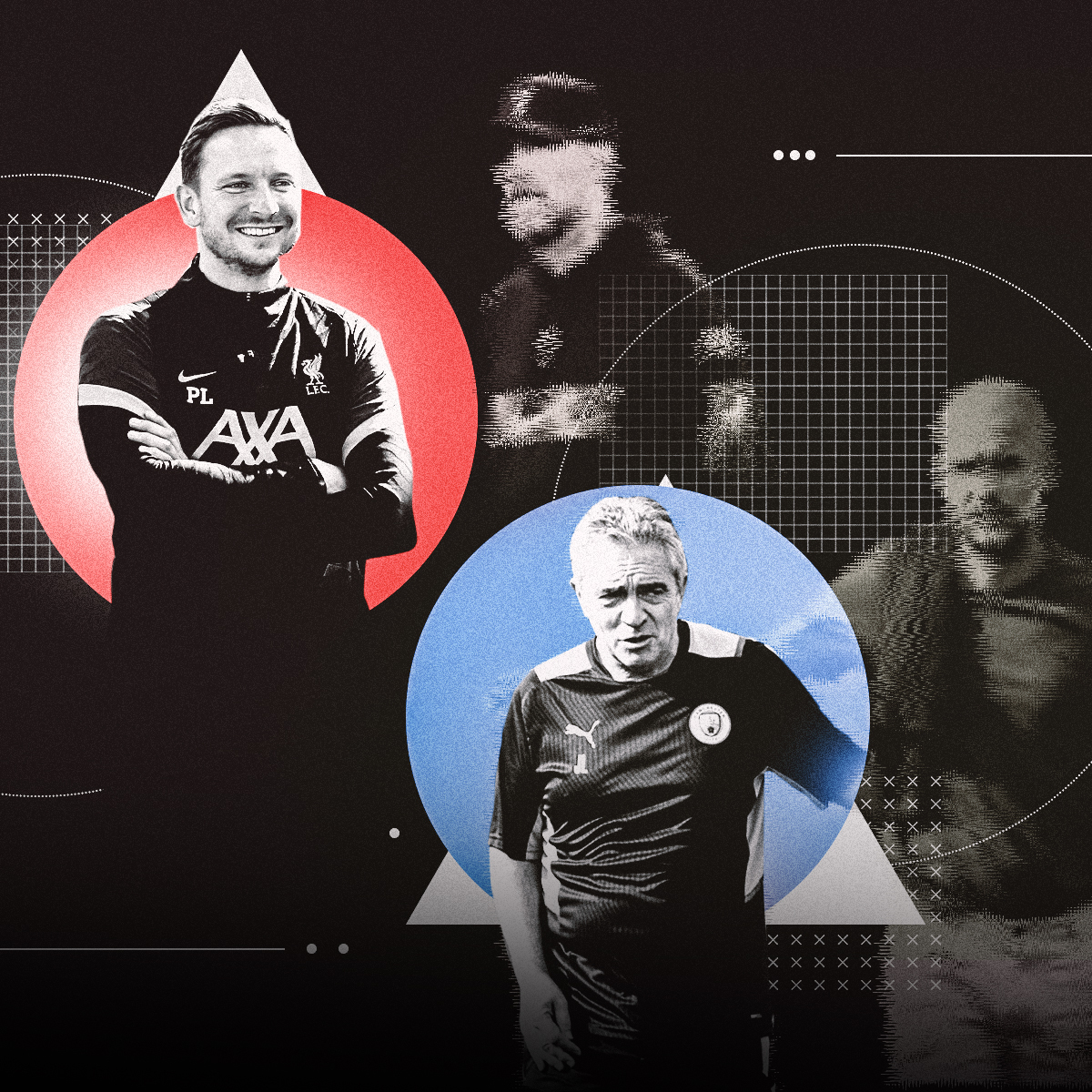 The many and varied supporting roles to a football manager or head coach continue to grow in the modern game. One position that has been a part of football clubs for significantly longer than most, however, is the assistant manager. The history of football is not short on legendary assistants: Brian Clough had Peter Taylor at Nottingham Forest, Bill Shankly had Bob Paisley (who himself didn't do badly as a head coach either) at Liverpool, while even Zinedine Zidane cut his teeth as assistant to Carlo Ancelotti at Real Madrid.

But what does the role actually entail, and how does it differ depending on the head coach or the club? Allow us to explain in a little more detail.

What is an assistant manager?

The assistant manager collaborates with the head coach, and is usually somebody the head coach has total confidence in. They share the same or similar ideas regarding how a team should be built and how football should be played.

The importance of the assistant manager is not in their public image – they usually stay well out of the spotlight – but in their internal work with the coaching staff and the players. In this sense, the assistant, despite clearly playing a crucial role, must submit to the head coach or manager, and do everything to help the head coach succeed. They have become increasingly important in the modern game.

What training should an assistant manager have?

The world of football is constantly evolving, which means that there is an increasing demand for coaches to have some qualifications to manage a team at any level. This is the case for the assistant manager as well, with the highest qualifications depending on the level of football they are working at. More information on coaching badges and how to become a coach can be found here.

The assistant also needs knowledge of the tactical side of the game, as well as important factors such as psychology and group management, to get the best out of their players.

How does an assistant coach work with the head coach?

Both in their day-to-day work and in their beliefs in how to train a team, the assistant manager has to complement the work and views of the manager.

They have to work together to ensure the team is training well and making progress when there might not be much time to do so, and then maintain this throughout the season. Limitations on time could be because of a busy schedule or, lower down the pyramid, simply because the team plays part-time and only trains once or twice a week.

An essential responsibility of the assistant manager is to obtain as much information as possible from the players and provide the key takeaways to the head coach. This work will allow the manager to spend less time on decision-making and more time focusing on how to get the most from their team. The assistant must therefore have a good, close working relationship with the players. They need the players to feel comfortable talking to them about any concerns they have, and be able to trust the assistant when they talk to them honestly.

The assistant and the manager need to challenge each other and also be able to reach positive outcomes when there is a debate to be had. They do not always have to agree, but they do have to be able to put their differences aside to make the best decision for the team.

What does an assistant manager do?

The specific duties of an assistant manager will vary from manager to manager, and club to club. In a general sense, the assistant will usually play an important role in planning, methodology, video analysis and the organising and conducting of meetings.

The assistant manager will need to communicate with the rest of the coaching staff, helping to co-ordinate the organisation of training, sessions with the conditioning coach, analysis sessions and communication with the media team. The assistant will generally operate to ensure the manager doesn’t have to do less important, time-consuming jobs.

On the training ground, the assistant may take some of the sessions. In some cases, the manager will take a step back from training and focus on man-management, though other managers prefer to be fully involved and immersed in training. It is often the assistant’s responsibility to oversee set-piece training, including analysis of the opposition, planning ahead of each game and the allocation of individual roles at attacking and defending set-pieces.

What does the assistant manager do when it comes to matches?

As is the case with training, the assistant is likely to work on implementing the manager's ideas. Before the match, the assistant helps fine-tune the plans for different scenarios in the match – for example, going 1-0 down, the opposition having a player sent off, or a key player getting injured. Immediately before the match, they will probably assist with the the players’ warm-up, also keeping an eye on the opposition and passing any information on to the head coach.

During the match, the assistant manager provides another set of eyes and ears for the manager, as well as giving their opinion on how the game is going. They may also give substitutes specific match instructions, and be in communication with analysts to provide information and clips to the manager, who can then make informed decisions.

At the end of the match, the assistant will reflect on the match with the manager, with the aim of helping them decide what to say in their post-match team talk.

What different types of assistant manager are there?

There is a wide range of profile of assistant manager, and the manager will choose what they want from their number two. A very common profile is that of a former player who stays in the game, and might be looking to gain experience in management. This type of assistant will provide the head coach with a better understanding of the dressing room and also potentially greater knowledge of the club he is coaching.

Another profile of assistant manager is a coach with little or no experience as a player at professional level, but with an academic background in the game. These coaches have worked their way up by studying football, and will usually have not only a modern outlook on the game, but also significant coaching experience.

Examples include:
Juanma Lillo with Pep Guardiola at Manchester City.
Jesús Pérez with Mauricio Pochettino at Tottenham and PSG.
Pep Lijnders with Jürgen Klopp at Liverpool.

Not all assistant managers will have ambitions to one day become a head coach, but a good number will. Similarly, not all will be able to make that final step up and enjoy the success they might have had as an assistant. One thing is for certain, though – it never stops them trying.

Want to know more about football tactics and learn how to coach from the very best? Take a look at the Coaches' Voice Academy here