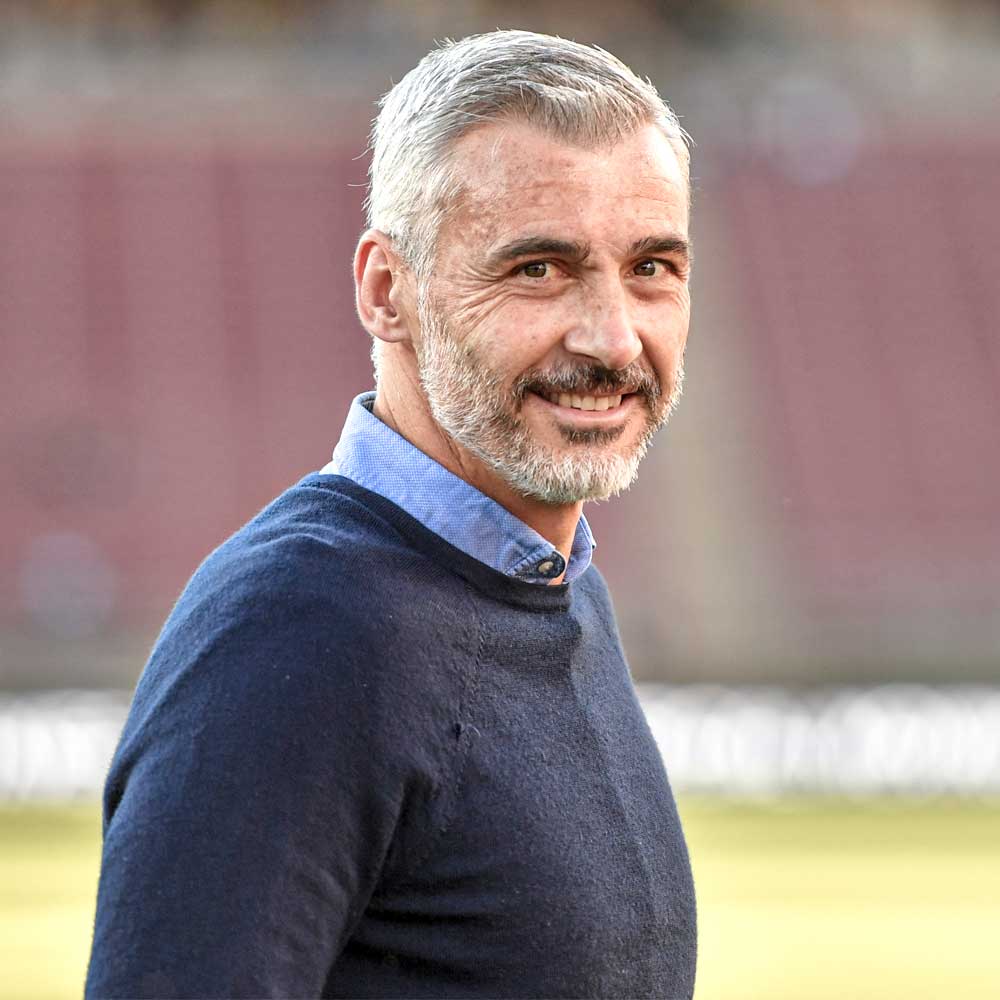 It all happened very quickly.

I was close to leaving for Thailand to coach their Olympic team, when the opportunity to go to San Jose Earthquakes came up.

Just a few weeks later, we were in the United States. I say ‘we’, because we all left. My wife, Laura, and my two daughters, Candela and Jimena, too. Special people who understand the other side of life with a coach: not having a fixed place to live.

I was coming to an MLS team, but I would not be coaching. Instead, in 2017, I was appointed as director of methodology. In other words, I was to be more of an educator than a coach.

At first, that put me off a little. But then I thought about it again. It's a great opportunity, I told myself, to go to the United States, to MLS, and to give my daughters the opportunity to learn English.

In the end, those thoughts prevailed over any concerns about not being on the grass every day to train. I felt I couldn't turn an opportunity like this down; one that had been offered to me personally.

Almost everything in my career has come from personal relationships. I think that if you haven't had an outstanding career as a player, your work as a coach will depend on incremental improvements and finding people who can help you grow.

Once you get to a top league, everything changes. I've seen that since I took over as manager of San Jose's first team. You enter a sort of micro-world. Suddenly, you start receiving more calls, when before you had to send in a CV to find a team.

"San Marino is a unique place to work. There are two football pitches in the whole country"

I guess it's because you're in the shop window. At the end of the day, you're coaching a top-tier team, and everyone has an easier time seeing what you're doing and how your team plays. You’re more visible.

But to get there, there is only one way: daily work.

The source of my San Jose offer was a long way from California and many, many years before.

After working in the grassroots football methodology department at Espanyol in Barcelona from 2008 to 2012, I went to San Marino to coach in 2014.

I wanted to get to know other types of football. That's when the opportunity arose, through a friend, to join San Marino Calcio (above). They are the country's top team, and back then were playing in Lega Pro – Italy's Serie C.

First, I was the assistant manager, because my academic degree in Spain wasn’t enough to be head coach at the time. Then, I spent some time getting my licence with the Italian football federation. Doing so coincided with some important coaches, such as Roberto De Zerbi, the Brighton manager with whom I have a great relationship, and Vanni Sartini, who became manager of Vancouver Whitecaps in MLS.

Then, in my second year, I worked as head coach.

San Marino, if you have never been, is a small country embedded in north Italy with a population of just over 30,000. This makes it a unique place to work. For example, there are only two football pitches in the whole of San Marino.

"You don’t only work with the players. You also have to convince the coaches about your project"

We trained one day a week on one of them – a hybrid pitch, made up of natural grass with artificial turf. But this was old-fashioned artificial turf. It was a combination that made the pitch look like a skating rink. On other days, we trained in Cesena, a city in Italy where I was living, 40 kilometres from San Marino.

At weekends we played matches against opponents who had more resources in every respect.

The experience in San Marino not only gave me the opportunity to get to know a different kind of football; it also tested me managing a group containing some big players. My squad included Amadou Diawara, who has since gone on to forge a good career in Italian football with teams like Roma and Napoli; Stefano Sensi, who played for Inter Milan; and Juan Cruz, who is now with Osasuna in La Liga.

While in San Marino, I had talks with Roma's coaching staff about joining the club's youth team. Although in the end the job didn't materialise – due to the fact that I couldn't go with my family – I did maintain a relationship with the people at the club, specifically Francesco Vallone and Jesse Fioranelli.

Francesco and Jesse were part of Roma's sporting management. Later, Francesco went on to work in the first team alongside Monchi (who moved on to be sporting director at Sevilla in 2019), while Jesse moved to San Jose in 2017. It was then that Jesse contacted me, to offer me the position in the club's methodology department.

They both understood that my style of play was similar to what they wanted for the club. Broadly speaking, I like an aggressive style of football. I like my teams to dominate possession and grind their opponents down.

With that style of play as our guide, we set to work on developing the methodology we wanted for San Jose. From the bottom of the club to the top.

This involved many meetings and many hours of desk work to get the processes in place first. Once you have that, then comes the game model and, finally, how you structure training to produce that style on the pitch.

"In our manual there was high pressing but no individual marking. we had to adapt"

Training sessions must complement the model of play that you want, and you must know in advance what exactly is going to be trained every day. That’s at every age phase and planned throughout the year.

In short, it’s a huge puzzle that you start to complete from day one.

You don’t only work with the players. You also have to convince the coaches about your project. At San Jose, many of the coaches who were here when I arrived in 2017 have grown with us and moved up to the first team.

These are slow processes, where you need a lot of time and patience. The main aim was teaching the coaches about how we want the game to be played.

And how do you do that?

We did it using a lot of video. We gave the coaches examples from other teams of what we wanted in training. Videos from Liverpool, Manchester City, Barcelona at the time – I'm talking about 2017 – or Pep Guardiola's Bayern Munich.

However, we knew it couldn’t be a one-way street. Our methodology also had to be adaptable.

"Everything felt very natural, as it had always been at San Jose. The players adapted well"

Matías Almeyda came in as manager in 2018. He was from the Marcelo Bielsa school of football, and brought in a man-marking out-of-possession approach. In our 'manual' there was high pressing but no individual marking, so we had to adapt. We were ready to make that change.

Although I spent many hours off the pitch, I was never completely separate from training. That was fortunate, because there were two periods when I helped take training.

Only two months after I arrived, I worked as assistant coach of the first team alongside Chris Leitch, who went on to become San Jose's sporting director. From June until October 2017, when we reached the playoffs, I was combining two jobs: assistant coach and director of methodology.

I also did it following Matías’ arrival, when the club created a second team, and Matías (above) asked me to coach them. I really enjoyed that role, because there isn’t as much pressure on the second team as the first team and, in addition, I was still in charge of the methodology department. The idea was to help make the transition easier for home-grown players from the youth teams to the first team. I was right in the middle of that.

There were also times when Matías called me in to help with first-team training. In those instances, you soak up the things that he does in training. He was very approachable and easy to work with. He has achieved an awful lot in football, but remains very humble.

That experience helped me when Matías decided to leave in April 2022.

"These are games in which you see how the team has adapted to your style, to what you have in your head"

After we started the 2022 campaign with seven games without a win, he told that he was leaving. That was when I was given the job on an interim basis.

Everything felt very natural, as it had always been at San Jose. The players adapted well. Many of them already knew me from when I’d coached at the club before, so they knew what I was like and what I wanted from them in training.

I thoroughly enjoyed the day-to-day work with my coaching staff: Chris Wondolowski, one of the greatest US players of all time; Steve Ralston, Luciano Fusco and Jorge Luis ‘Tubo’ Fernández, who had played as goalkeeper for Cádiz in Spain during his career.

We weren't able to turn the season around much, but there was lots of improvement, and some very good results against teams with much bigger budgets.

These are games in which you see how the team has adapted to your style, to what you have in your head.

And that is, without a doubt, the most incredible feeling of my first experience as a coach in MLS.