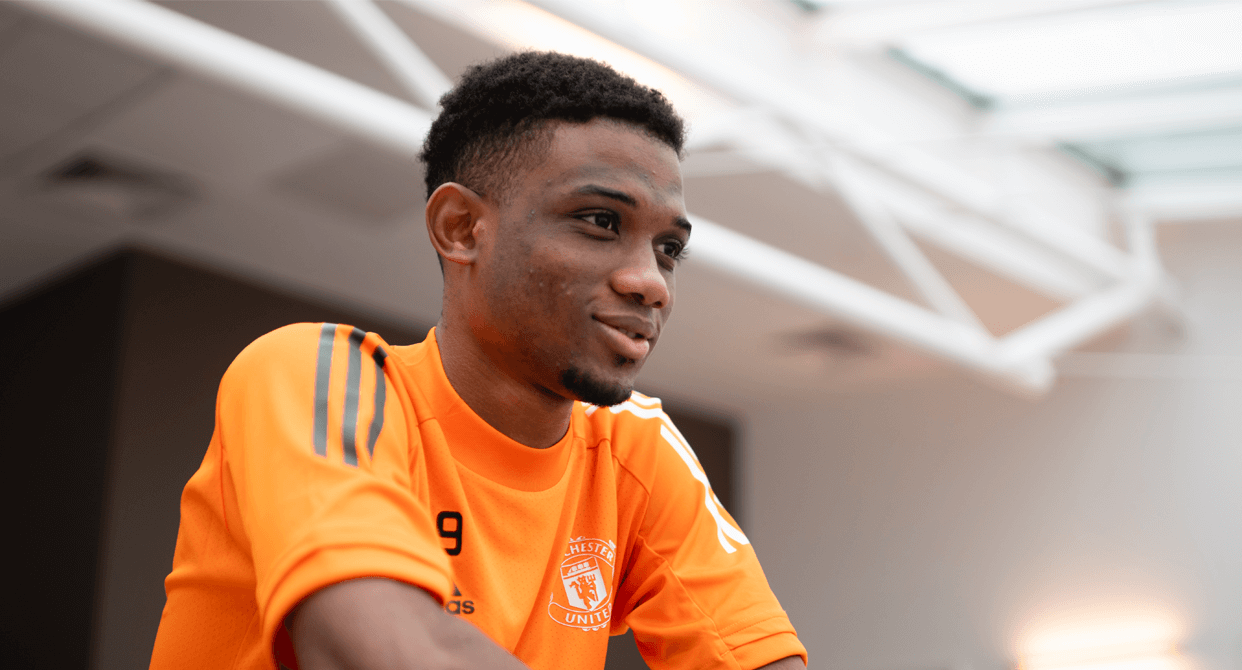 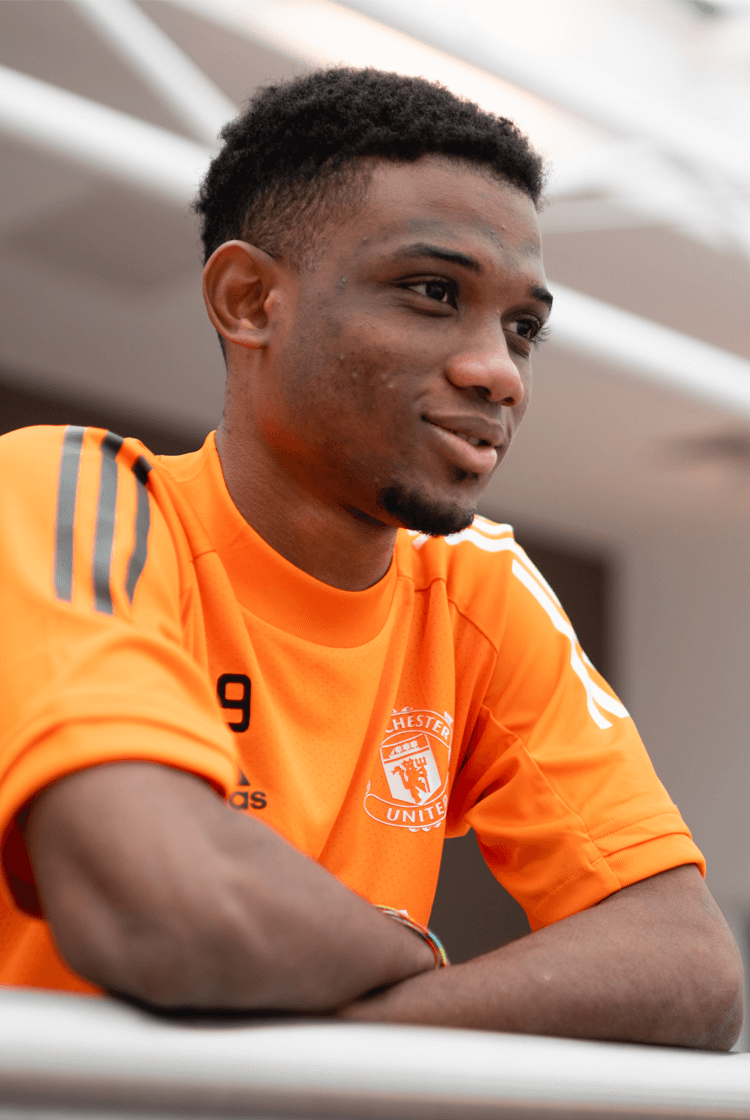 Profile
Comparisons between Amad Diallo and Cristiano Ronaldo might seem premature. It is worth remembering, though, that when the latter arrived at Old Trafford in the summer of 2003, he did so as a raw 18-year-old wide attacker with a hefty price tag and a David Beckham-shaped hole to fill. There is no equivalent hole in the United attack right now – it is over a decade since Ronaldo departed for Real Madrid, incredibly – but Diallo too arrives as a raw 18-year-old with a significant fee attached. United's deal with Atalanta is worth an initial £19m, but it could rise to as much as £37.2m.

"I don’t want to put the pressure of Ronaldo on him, but no one knew about Ronaldo when we bought him other than the people in Portugal," said Rio Ferdinand, himself a United great, of the young Ivorian. “This kid seems similar in that sense. If you see his clips and the way people talk about him, the world is his oyster if he applies himself right.”

Diallo's new manager, Ole Gunnar Solskjaer, was still a United player in 2003. He knows better than most not only what is required to succeed at Old Trafford, but also the extent to which Ronaldo's desire and application ensured that he most certainly did.

Tactical analysis
Diallo is an explosive left-footed winger who mostly favours attacking from the right. When he drives forward with the ball he prefers to use numerous small touches, in a style similar to that of Eden Hazard. This allows him to skip around opponents challenging or pressing him without sacrificing his direction of travel – particularly when attacking infield from a wide starting position.

Those diagonal runs, from both left and right, so far represent his greatest strength. From the right he moves to either shoot across goal with his stronger foot, or to play cut-backs and attack around a central defender. His aggressive changes of direction are well-timed, and are complemented by the powerful acceleration he can employ to beat opponents. From positions outside the central defenders, he can also hit low balls across goal towards the far post and towards teammates making supporting runs from the opposite direction.

When cutting infield from the right (below), he shoots towards the near post with power and against the direction of his run in an attempt to surprise the goalkeeper he is attempting to beat. For all that he continues to favour his left foot, however, he is not without accuracy and power on his right.

Diallo has a positive attitude when receiving possession. He attempts to adopt an attacking direction with as few touches as possible – ideally his first. When pressure is applied from behind, he looks for a bigger first touch away from pressure, and then to spin and face an opponent. He then often uses small feints to commit his opponent to one direction and take them off-balance, thus giving himself an opportunity to burst forwards. In this regard he is not unlike new teammate Mason Greenwood – another who favours attacking with his left foot from a starting position on the right.

Diallo is equally positive when combining with and creating for others. The combinations with those close to him regularly involve him making supporting, secondary or third-man forward runs – combinations with a number 10 or the closest, attacking central midfielder are a consistent feature of his attempted attacks.

Role at Atalanta
Diallo progressed through the youth ranks at Atalanta alongside the young Swede Dejan Kulusevski, who is now on loan at Parma from Juventus. In the Atalanta youth teams, he most commonly played from the right of a front three. On the rare occasions he featured for their first team, he was given a supporting role around their leading striker or front two in one of Gian Piero Gasperini's favoured 3-4-3 or 3-5-2 formations. In this narrower role, he was supported by right wing-back Hans Hateboer, and occasionally by the overlapping central defenders in the wider rotations for which Atalanta's attacks are often known.

He offered an increased threat when he was wider and Hateboer advanced inside him, so that he could receive possession in his most effective position and face forwards with his first touch. With Hateboer's forward runs drawing a defender away from him, Diallo would receive under less immediate pressure and capitalise by quickly dribbling forwards – even if he was doing so from a more withdrawn position (below) than he would ideally like.

Given Duván Zapata, Josip Ilicic, Luis Muriel, Papu Gómez and wing-backs Robin Gosens and Hateboer consistently make forward runs – Gasperini wants his team to penetrate into the opposing penalty area with numbers – Diallo regularly had numerous passing options, and could release the ball at an earlier stage if under pressure. After doing so, he would often adopt positions that were less penetrative (below) and support play from behind the ball, switch play or seek to get on the end of cut-backs.

For all the intelligence of his pass selection, Diallo can struggle with accuracy when playing the ball in the final third – particularly when targeting curved, penetrative runs beyond opposing defences. His focus to this point in his career has been on carrying rather than playing the ball forward, but he has both the time and potential to improve his passing.

Crucially, his vision and understanding of angles, penetrative spaces and attacking instincts means he possesses the foundations required to improve his final ball with increased experience in senior football. If he is in an advanced position and attempting to create closer to goal, those same abilities are already considerably improved.

Atalanta's inside forwards were regularly instructed to attack around and beyond their central striker – particularly when possession was being played from the opposite wing. Diallo's youthful frame, and consequent struggles to attack aerial crosses against experienced defenders, no doubt played a part in Gasperini's decisions to play him where he did in the first team. Solskjaer will be in no rush to throw Diallo in to a team that is developing well as a Premier League force, but it will be fascinating to see how and where he chooses to incorporate such an exciting young talent.