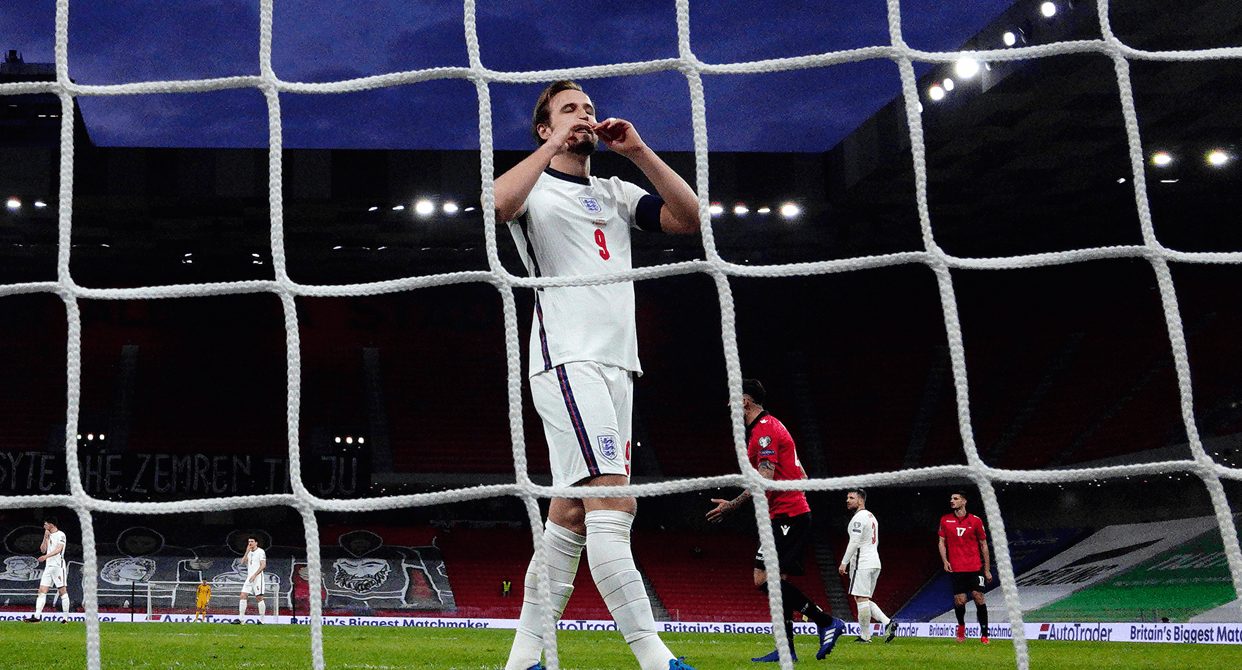 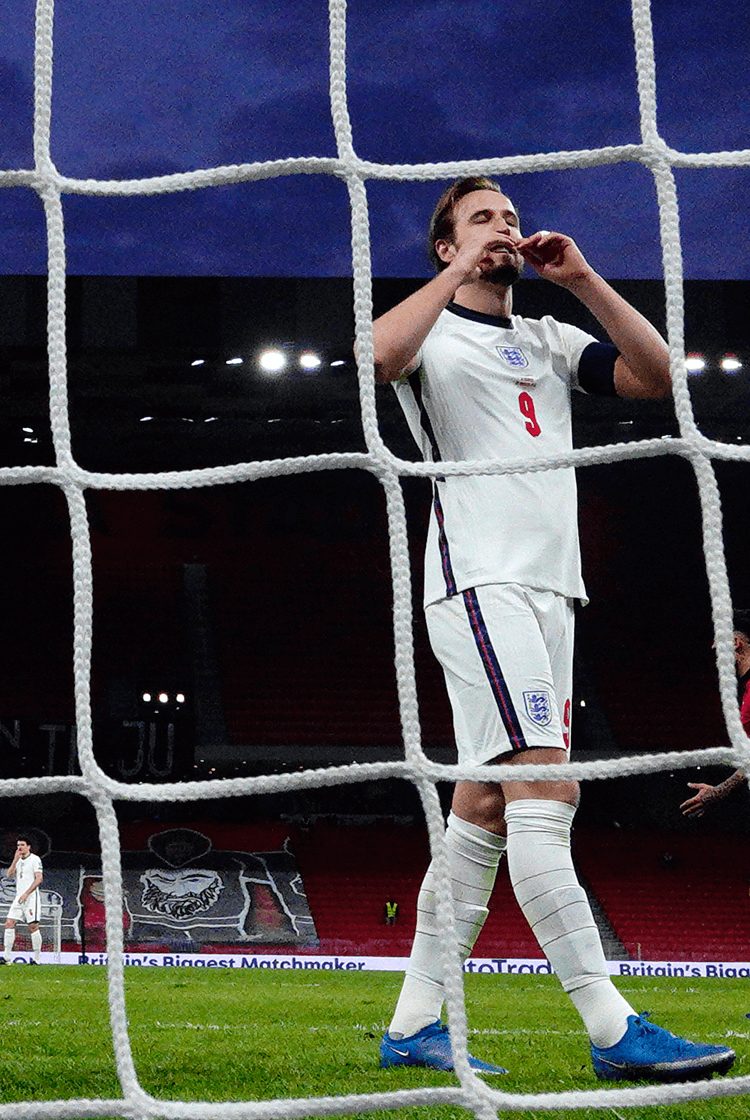 England recorded a second victory from two in their attempts to qualify for the 2022 World Cup by securing victory in Tirana. Gareth Southgate's team has so far encountered unremarkable opposition in San Marino and Albania but professional performances have ensured maximum points across two matches in which he made numerous changes to his team, ensuring his players remain fresh for Wednesday's test against Poland. Harry Kane scored in the first half, and the improving Mason Mount during the second. "We adapted well to the difficult pitch; controlled the game well," Southgate said. "We changed the shape of the midfield well and looked comfortable after that. The end of the game we should have killed the game off and I didn't like the way we managed the game in the last 15 minutes. Charging forward, conceding a throw when we didn't need to. I'm pleased with the win but (there are) areas we need to improve on." 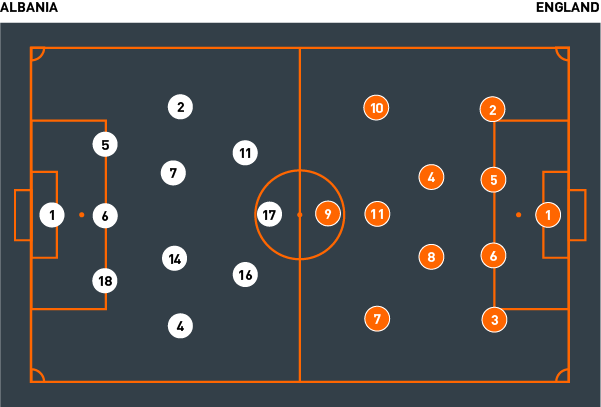 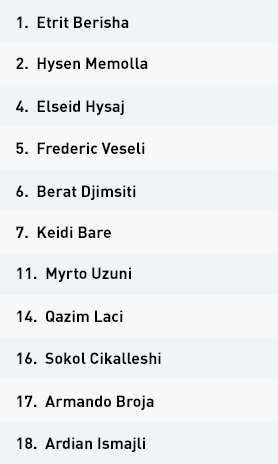 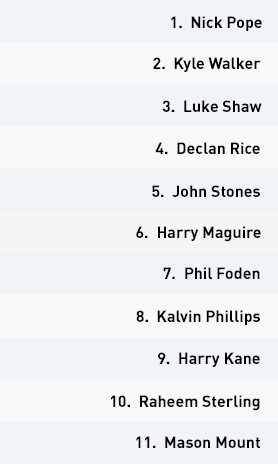 Albania manager Edoardo Reja oversaw an inconsistent shape that most often resembled a 3-4-3. Their opponents, England, remained in the 4-2-3-1 led by Harry Kane.

The hosts had a limited grasp of possession, and struggled to register a shot on target – perhaps largely because their focus was on remaining compact and organised, and attempting to create opportunities to counter. Their finest chance came during the first half, when a transitional opportunity was presented to them and they responded by moving the ball with speed and releasing runners before England could recover their defensive positions, but the shot that followed flew over the crossbar.

England's counter-press and security behind the ball made it difficult for Albania to transition into counters. Gareth Southgate demanded aggressive pressure around the ball throughout, and England succeeded in forcing technical error that led to regains.


The pressure they applied in Albania's defensive third forced turnovers, creating moments of potential England built on when Albania were the ones in a more expansive attacking shape. Albania's wing-backs were reluctant to advance too far for lengthy periods, so their 3-4-3 also often became a 5-2-3; it was during the second half, having fallen behind, that those wing-backs moved further forwards, and therefore their wide forwards infield.

When they reached the attacking half, Albania sought to deliver crosses, at an early stage of their attack, into the penalty area, but England defended well against those. The potential of those crosses came in opportunities around the second ball – ones that might have led to a deflection or unsuccessful clearance – but they regularly came to little.

England were organised by their manager Gareth Southgate into a 4-2-3-1 formation in which Raheem Sterling, Mason Mount and Phil Foden supported Harry Kane. Their hosts, Albania, defended with a 5-4-1.

They consistently dominated possession, and were confronted with attempting to break down Albania's compact, organised structure. Albania were content for John Stones and Harry Maguire to retain possession up to the centre circle, but from the midfield third, Albania's lone striker Armando Broja sought to encourage the ball wide, their ball-side central midfielder took the closest defensive midfielder, and the relevant wide midfielder sought to close passing lanes into Mount and a wide forward.

England were therefore largely limited to playing diagonal passes to their full-backs, at which point Albania, using that pass as a pressing trigger to commit to the ball, sought to trap it there, making it difficult for them to play through their hosts and instead repeatedly move possession across the pitch. When they recognised the trap Albania were setting they played into it before quickly switching play, in an attempt to draw Albania into that press and, by extension, leave spaces elsewhere.

Though they scored in the 38th minute, Southgate's team too often posed too little threat to the spaces in behind. Too many players moved to receive to feet, helping Albania to remain compact, content that possession was being played in front of them but not through them. Albania's compactness and organisation remained influential; they minimised spaces between the lines, eliminating both units and individuals, but having to work unrealistically hard to do so.


Mount increasingly found more spaces between the lines and capitalised on them to link with England's wide players. Foden and Sterling also switched so that Sterling was on the left, and Foden the right, ensuring both could attack infield on to their stronger foot, also creating space for England's full-backs to overlap them and encouraging potential combinations.

It was them doing so that led to England creating their opening goal, via Sterling drifting on to his right foot to find Kane, who complemented his delivery with intelligent movements that allowed him to attack the ball. Neither of England's goals came from particularly effective moments of penetration; they instead looked more threatening when their wide players used contrasting movements, particularly when those movements were complemented by Kane withdrawing to receive a diagonal pass to feet from wide and Mount, Sterling and Foden made runs in behind.

There were also occasions when Phillips contributed to those efforts, which ultimately unsettled Albania's defence and created more spaces through which penetrations could be made. England will need to improve to beat Poland, however.