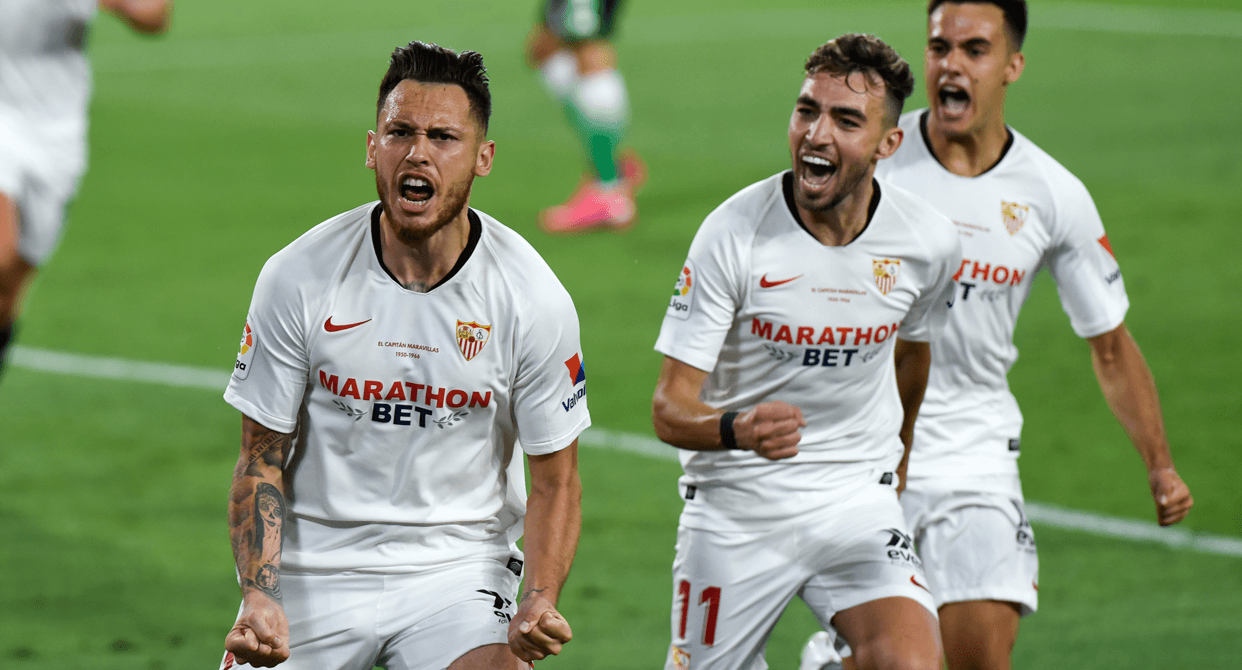 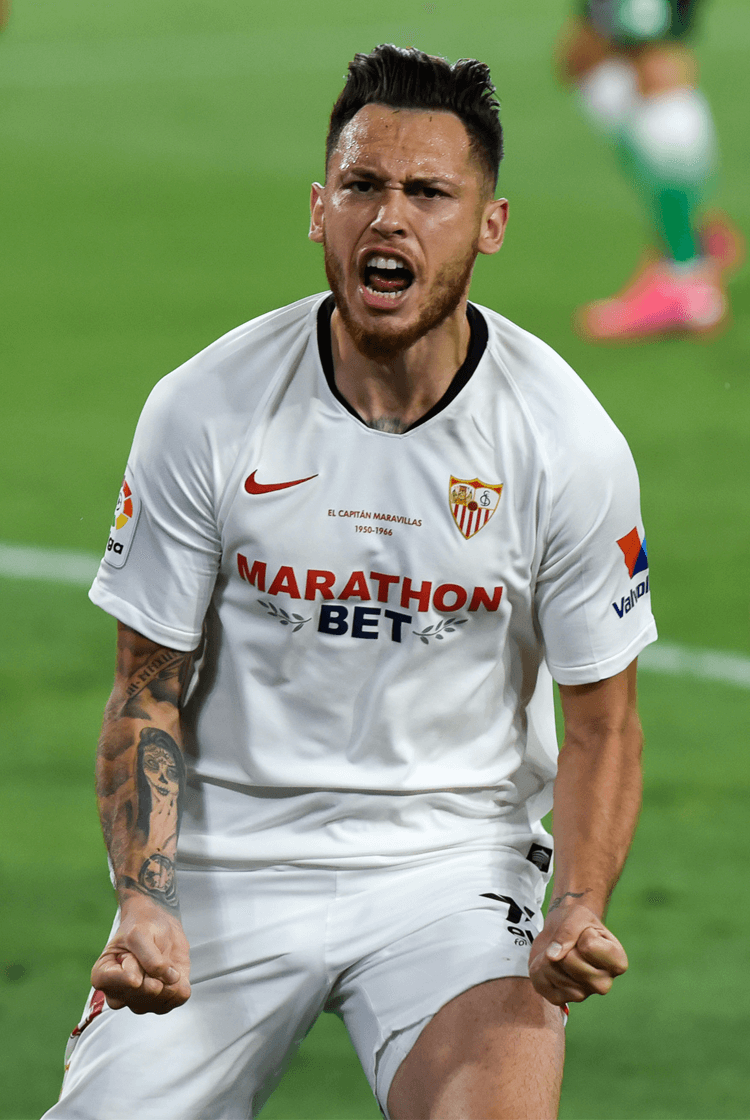 Sevilla marked the return of La Liga, following the three-month absence enforced by the coronavirus pandemic, with victory over rivals Real Betis in the Seville derby. Groups of supporters had ignored instructions to instead gather, before kick-off, outside of the Ramón Sánchez Pizjuán Stadium, artificial crowd noise was played, and the empty stands offered virtual support. Victory – inspired by the impressive Lucas Ocampo scoring from the penalty spot and creating Fernando Reges' close-range finish, having already struck the crossbar – brought the hosts to within eight points of Liga leaders Barcelona, who regardless have played one fewer fixture. Julen Lopetegui's third-placed team also built a four-point advantage over those beneath them also competing for qualifications for the Champions League. 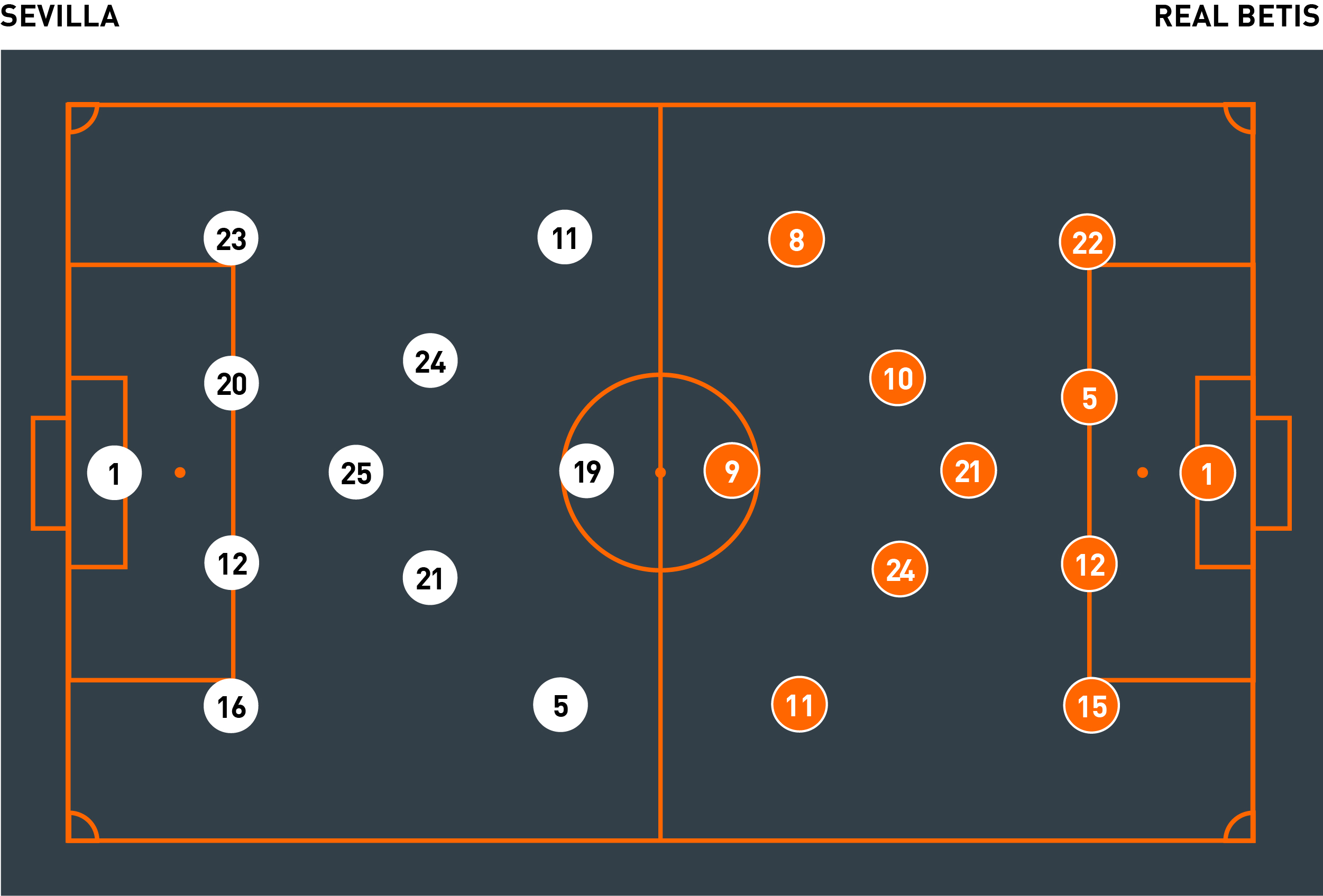 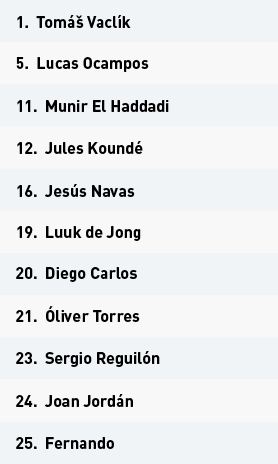 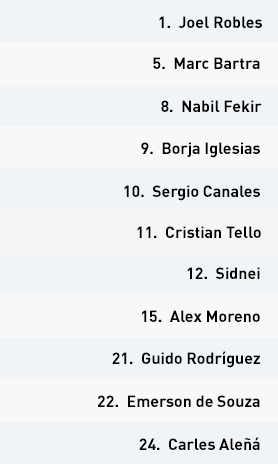 Sevilla manager Julen Lopetegui organised his team into a 4-3-3 formation led by the front three of Munir, Lucas Ocampos and Luuk de Jong. They hosted opponents who defended with that same shape; against that, Sevilla attempted to use a possession-based style of play that involved circulating the ball between their defenders in their pursuit of spaces to advance through.

Their wide forwards, Ocampos and Munir, were positioned in half-spaces to invite full-backs Sergio Reguilión and Jesús Navas to advance, and it was the combination of this positioning and movement that led to their most consistent opportunities to progress possession. Diagonal switches of play from midfield and the movements offered by their wide attackers drew Betis' full-backs inside, leading to Navas and Reguilión receiving in wide territory.

The relationships between their central midfielders, full-backs and wide forwards were crucial in this. A diagonal pass was often played into a wide area, at which point the relevant midfielder, full-back or forward would occupy a traditional winger's position and demand the next pass, beyond Betis' midfield. When that pass was played, the third player in their triangle would make a penetrative run beyond the visitors' defence – on the inside as the ball was being played on the outside – leading to a delivery into the penalty area.


When they were in those positions to cross they played a variety of aerial balls, whipped, low crosses beyond their opposing defenders, and cut-backs to towards the edge of the area or the penalty spot, and it was those cut-backs that posed the greatest threat. Only a lack of match sharpness, combined with the hesitancy that that often leads to, undermined their efforts.

Lopetegui's team offered little, beyond those penetrations in wide areas, and required a contentious penalty decision in their favour and a set-piece to provide their goals. Betis had started by attempting to press them high up the pitch but, after 10 minutes, they withdrew into a 4-5-1 mid-block, and instead sought to restrict the spaces Sevilla were targeting. Borja Iglesias prioritised forcing Sevilla towards one side of the pitch, but his efforts came to little against the triangles they used to advance.

Real Betis manager Rubi used a 4-3-3 when his team were in possession with Guido Rodríguez, Sergio Canales and Carles Aleña in central midfield and Nabil Fekir and Cristian Tello flanking Borja Iglesias further forwards. Sevilla adopted a 4-4-2 when out of possession, though when pressing higher they used the same 4-3-3 structure with which they set up when in possession.

Betis built play from the back, withdrawing a central midfielder into their defensive line when Sevilla pressed in order to create a three-on-three. That their defensive line was wider than their attacking opponents meant that they could create two-on-ones with their full-backs against Sevilla’s wide forwards, inviting Betis to advance beyond the first line of their structure in the build-up phase.

Sevilla reacted to this early on by using the wider of their central midfielders, Óliver Torres or Joan Jordán, to screen the ball-side full-back while Fernando moved to occupy the ball-side central midfielder. This method brought little success, however, and Sevilla switched to a 4-4-2 without the ball for the majority of what unfolded thereafter.

Betis had real difficulty in penetrating through the central areas of the pitch. Sevilla used their wide attackers narrowly, and forced Betis to move out wide rather than to make penetrative passes through central territory. Once wide, Sevilla could attempt to trap play by using their wide attacker, full-back and the relevant central midfielder. Betis therefore sought to clip a number of passes in behind the hosts' defence, but these consistently failed. When Rubi's team attempted to play through their central midfielders they often played their way into danger and lost possession on the edge of their defensive third, which would have led to goalscoring opportunities for Sevilla had they performed better in their attacking transitions.


On top of Sevilla leaving minimal space, centrally, there was also too little movement from Betis' midfielders. The angles offered often brought a simple first pass but rarely the option of a second, penetrative ball. Further forward, their movement was similarly uninspiring and this was a significant reason Betis failed to create meaningful chances. It took until the 78th minute for Betis’ first shot on target – an attempt from the edge of the penalty area from Alfonso Pedraza while he was surrounded by four defenders, and that shot rolled straight to goalkeeper Tomas Vaclik.

While Betis’ lack of movement was a significant issue, Sevilla were well-organised defensively and deserve credit for their performance. On top of their central players’ contributions to forcing play wide, their wide forwards worked incredibly hard to recover into defence and support the relevant full-back in deeper territory. By ensuring that that full-back was seldom isolated in a one-on-one and never faced a two-on-one underload, Sevilla were consistently able to manipulate the angle from which Betis’ wide players could deliver crosses into the penalty area, and could also put pressure on the ball so that those crosses were rushed.

Sevilla’s defensive line protected the deeper areas of the pitch to prevent crosses getting in behind them, and their midfield formed a second line to negate cut-backs; Betis also rarely threatened aerially. A combination of those factors led to Betis registering only an xG of 0.5 over the course of the evening.

Betis’ creative wingers, Fekir and Tello, had little impact and it was unsurprising that the latter was replaced, alongside Borja. Substitutes Joaquín and Loren Móron added some quality later on, and contributed to Betis’ finest spells, but by then they were already 2-0 down.