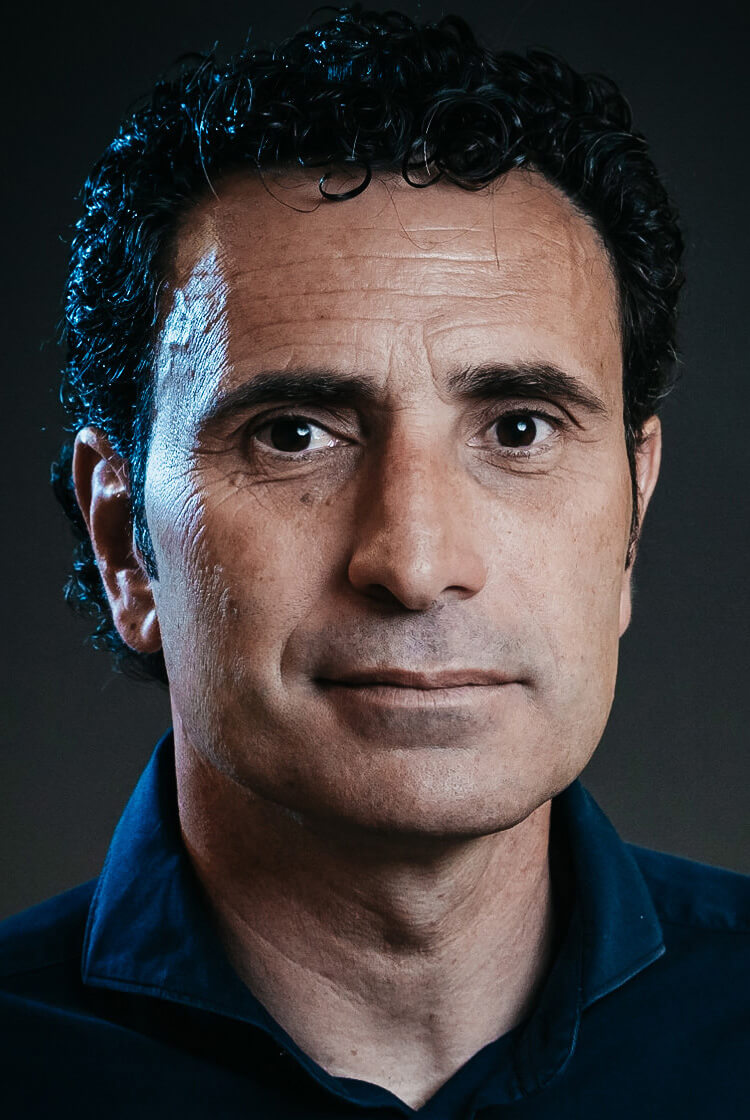 A manager always has his suitcase ready.

In my case, there are five. One for my wife, one for each of my three children, and mine. That’s how we understand this profession.

I have rejected offers to go to places where I couldn’t take them. There are people who don’t understand it. “And you are not going?” they ask you. “Why do you reject it if it is a great offer?”

When you have a certain way of looking at life, this is what you do. Most managers travel alone. In my case, I have chosen a different path.

I am a family man. Together with my wife, I’ve created this life project – and we want to live it like that. If I am not with them, it’s hard for me. And if you are not okay, you can’t give the club what it needs.

In a way, I believe I’m honest with the team that wants to hire me by saying no if I don’t have my loved ones near. Why accept an offer without being clear?

I don’t pretend to have the most comfortable life in the world. I know that I have to make sacrifices, but they must be within limits. I won’t just sacrifice everything.

I am lucky to have my wife next to me. She has always supported me, first when I was a player (above, right) and now as a manager. In the good and the bad times.

Now my children have joined her. Luckily, they adapt well to changes. And all three speak perfect English. Better than their dad – they joke about that. They adapt and integrate so much easier, but this gives you peace of mind to work.

I was always interested in going abroad. That’s true of my time as a player too, but I never had that possibility. I was in Spain with two good and important clubs: Atletico Madrid and Deportivo de La Coruña. I didn’t feel the need to change.

As I didn’t do it as a player, as a manager I was more open to it, if possible. Of course, the idea was to coach in Spain. But if there was something interesting abroad – not only from the professional side, but also personal – I wouldn’t say no.

"India is not so different. I always say that football is football everywhere. The basis of the game is the same"

At family level, we fancied Hong Kong. We made the decision to go there without knowing anything much beforehand.

A lot of people question how you manage in a scenario that you don’t know. I remember that it was the first question in the press conference when I took the job at Atletico San Luis, in Mexico. There is an easy solution to that: to include someone in the staff who knows the league, the country and the language.

That way you get to understand the player, and in understanding the player you are able to get the maximum performance from him. In Hong Kong I did it with Roberto Losada, who had played several years in the league. In Mexico and India too, I always included someone from that country in my team.

The only place I went to alone was India.

We decided to do this because it was a short-term job for four months. The offer came to me via Atletico Madrid: Atletico de Kolkata (now ATK, above) was a team at that time associated to Atletico. I already had an offer from another team in the Indian Super League, but when you don’t have any previous knowledge it can create doubts.

In this case, I thought that if I went guided by Atletico Madrid, I would at least have some order.

Contrary to what outsiders might think, India is not so different. Nor was Hong Kong or Mexico. I always say that football is football everywhere. The basis of the game is the same.

However, each country has its own characteristics, and football there is developed according to its history and its resources. Of course, it is not the same thing to manage in Spain as in Hong Kong, or in Hong Kong as it is in India. But, at the end of the day, coaching the team is the same.

You have to be accountable to the president and the fans who want results. This is the same in any part of the world.

"It is all about taking your team to the place where you want, even renouncing the things that you would like to do"

Within the team, you also have the same roles everywhere: the stars, the ones who are more professional, the team players... the roles you can see in a Spanish team, you would find in any other country. He who is a star in India, even if not well known internationally, is a star in his own country. He expects to be treated as such.

In India, one additional conditioning factor was added: the duration of the championship. Being so short, you prepare for it as much as you can. We had a month’s pre-season in Spain – a time when we tried to establish the basis of what we wanted to do – but we couldn’t have the whole squad during that time.

A week before the start of the league, we went to India. Eight players joined before the first fixture, with four of them due to be in the starting line-up for their quality and the role they played.

In this instance, you have to do an express job. You have to prioritise. Be aware that you have to get a result the first day. With the competition being so short, if you lose from the start you know you won’t achieve the goal. So you have to make the most of every minute. To know where you are going to get a performance from, and what is going to be easier for them to assimilate.

Something I did in Spain and Hong Kong was to play the ball from the back. To play with the defenders and the goalkeeper. In India, I didn’t do that.

That takes time and players with an advanced technical quality.

If I wanted to work playing the ball from the back in India, I would need a lot of time for the players to digest that. I didn’t have that time. I decided that the goalkeeper would play the long ball; from then on, we would work to win the second action.

It is all about taking your team to the place where you want, even renouncing the things that you would like to do. But if you have to win, which was the case, it was clear to me I had to give that up. I could not allow myself to concede goals because my team was playing from the back.

It’s all about practicality, unless you have time and you know the powers that be are going to be patient. Although that doesn’t exist in Spain... nor anywhere else.

"Footballers, and I was the first one when I played, do complain about everything"

In India, it was important to have a block of Spanish players who had already played there. Because, when you are used to other countries, it’s not always easy to get along. In India, for example, the state of the pitch and the club’s infrastructure are not the same as in Spain.

I did make the decision to take a couple of players I knew well, and who I knew were going to help us. They had the mentality to add something extra under any condition.

All of that took us to the final. It was in the best possible place – in Kerala, where the passion for football, together with Kolkata, is the biggest in India. We played against Kerala Blasters, with 60,000 people in the stands.

The final was like all finals: a lot of nerves and not much football.

There were two goals from corners to get to extra-time. It is difficult to endure the humidity and heat in India. We had to go through to the lottery of a penalty shootout.

It’s a situation I have lived through before, and one I have always experienced with a lot of calm. I don’t do anything special. I indicate the penalty takers, I encourage them... and then it is up to them.

Luck was on our side that day, and we won the title in India.

All of us in this profession, as players or managers, have the dream of winning at least one title. It is the biggest prize. Mind you, as a manager you experience it with more joy than when you are a player. Maybe because it is more difficult to get it.

Once the time with a club comes to an end, I come back home. The first days are quiet. You leave football to one side and you get more involved in your responsibilities as a father. During the matches, you have little time to do everything.

But that moment doesn’t last much. The itch comes back.

The same itch that made you become a manager in the first place.