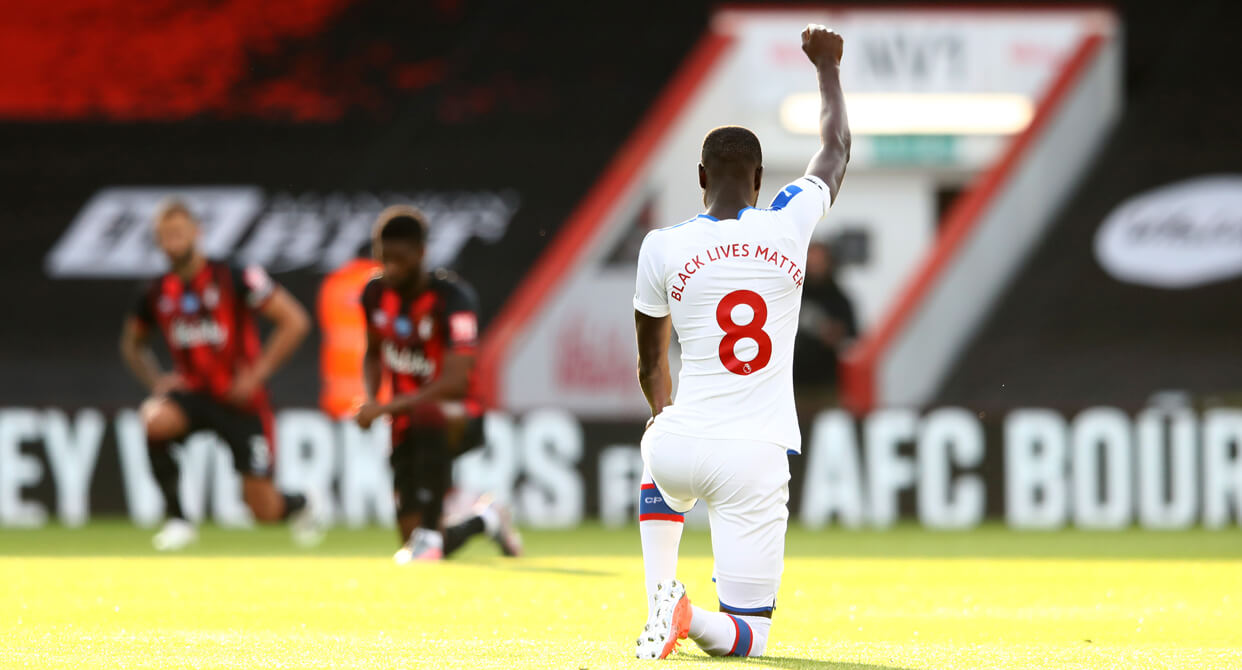 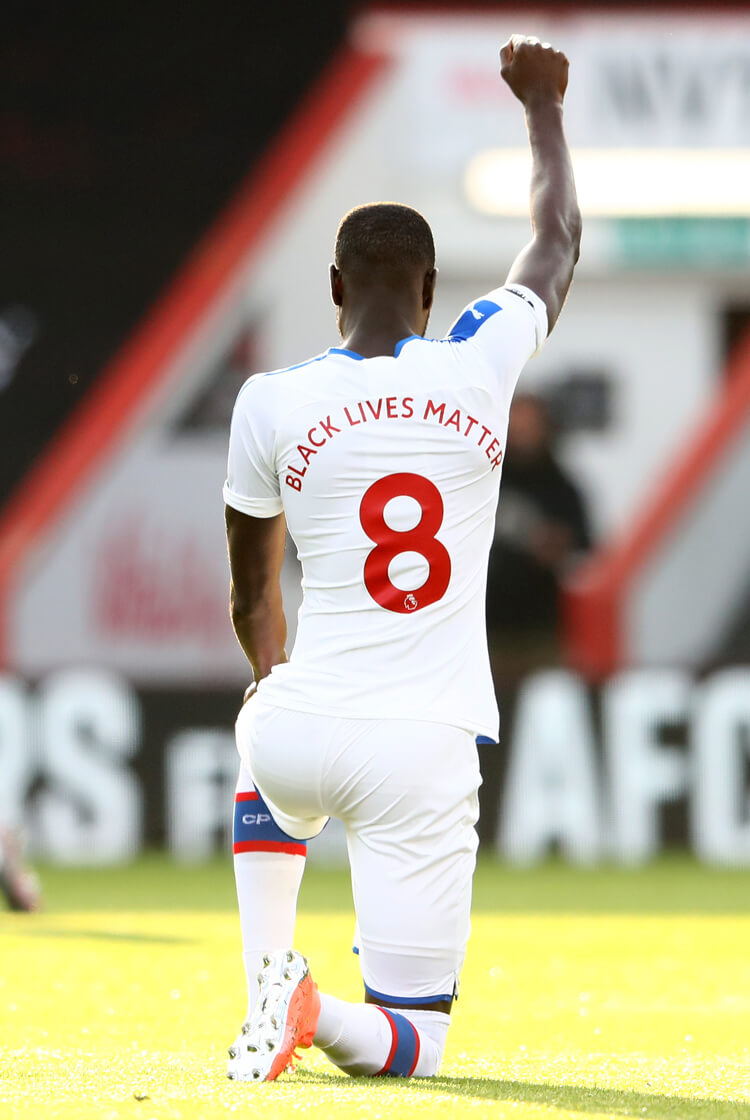 The Football Year in Images: Part 2

The Football Year in Images: Part 2

The period from April to June is normally when the football season builds to a captivating crescendo.

But not in 2020, when in most countries across the world almost all organised sport came to a sudden halt. It eventually returned, though, against a backdrop of one overwhelming and serious issue that rightly dominated conversation.

The taking of the knee in football's stand against racism features in the second part of our pictorial review of 2020, which starts with one of the very few nations that still witnessed football in April.

The show goes on
Football stadiums around the world were eerily quiet through the spring, but four countries stood firm in their desire to keep playing. Burundi, Tajikistan, Belarus and Nicaragua carried on while the rest stopped; the latter-named was responsible for the scene you see here. Fans watched from outside the stadium as Managua FC took on Deportivo Walter Ferretti in a Nicaraguan Liga Primera semi final second leg.

Advanced warning
In an understandably quiet news month for football, one story did break – that of Phil Neville's intention to stand down as head coach of the England Women's team. A poor run of seven defeats in 11 games contributed to his decision to go – but only when his contract ended in the summer of 2021. In August, the FA announced that Netherlands head coach Sarina Wiegman – who led her team to victory at Euro 2017 and the final of the 2019 Women's World Cup – would be Neville's successor.

Bundesliga back
The first major European league to resume was the Bundesliga, with Borussia Dortmund hosting local rivals Schalke 04 at the Westfalenstadion on Saturday May 16. An empty stadium, temperature checks, disinfected balls and socially distanced goal celebrations all contributed to a very different feel, although on the pitch it was business as usual for Erling Braut Haaland. The teenager opened the scoring in Dortmund's 4-0 win on his way to 13 Bundesliga goals in his first half-season with the club; his 10 Champions League goals – scored between former club Red Bull Salzburg and Dortmund – meant him finishing the campaign behind only the prolific Robert Lewandowski, and all before he turned 20.

#C U Soon
One week before top-flight football returned in Europe, South Korea's K League was staging matches in equally empty (and rainy) stadiums. This game in Jeonju, between Jeonbuk Hyundai Motors and Suwon Samsung Bluewings, didn't just feature two teams with names way better than we get in the Premier League – it also featured not one but two encouraging messages from the stands.

Nine in a row
While football resumed in some nations, it remained very much suspended in others. Two days after the Bundesliga resumed in Germany, the Scottish Premiership season was officially cancelled by the SPFL – Celtic were awarded the title after a points-per-game calculation meant them finishing 13 points clear of arch rivals Rangers. Their victory was a ninth consecutive Scottish league title, with the recent Scottish Cup final win over Hearts securing their fourth straight domestic treble. It's not all rosy in the green and white garden, however – despite games in hand, they face an uphill task to overhaul Steven Gerrard and Rangers in a bid to win their 10th title in a row.

100 days later
A lone, socially distanced member of Aston Villa's staff watched on as the Premier League finally returned to action after a 100-day absence. Wednesday June 17 was the date, and Sheffield United were the opponents in a 0-0 draw most notable for the usually reliable goalline technology failing to work when Villa goalkeeper Orjan Nyland clearly fell behind his line with the ball at Oliver Norwood's free-kick late in the first half. The subsequent point helped Dean Smith and his men to safety, from where they have since built impressively; for Chris Wilder and his team, things in 2020 have gone from unfortunate to worse.

The bigger picture
The return of football wasn't just about matters on the pitch, however. Away from football, the Black Lives Matter movement – demanding an end to racial injustice in all walks of life – had picked up serious momentum after the unnecessary and brutal death in police custody of George Floyd in Minneapolis. Football chose to play its part, with teams around the country taking the knee in support of the movement before kick-off in each game. The symbolic gesture continues to be performed before most matches.

Red and blue
Such was the lead Liverpool had taken into the enforced break, it was a matter of time as to when Manchester City would finally yield in their bid to win a third consecutive Premier League title. This was the exact moment, however – referee Stuart Atwell brandished a red card in the direction of Fernandinho for handling on the goalline late on in City's clash with Chelsea at Stamford Bridge. Willian – who would leave on a free and join Arsenal in the summer – put the resulting penalty away with typical cool, sending Pep Guardiola's team to a defeat that confirmed Jürgen Klopp and co as Premier League champions for the first time.

A city celebrates
Thirty years of hurt. That's what Liverpool and their fans had had to endure since winning their 18th English league title in 1990. The wait would have been bad enough on its own, but it was made immeasurably tougher by having to watch Manchester United claim no fewer than 13 titles in the intervening years. Liverpool may not have retaken their perch quite yet – they remain one behind United – but title number 19, and Premier League number one, was always going to be a cause for huge celebration in the red half of a passionate city. That it came in the middle of a global pandemic seemed, for one night only, not to matter so much.