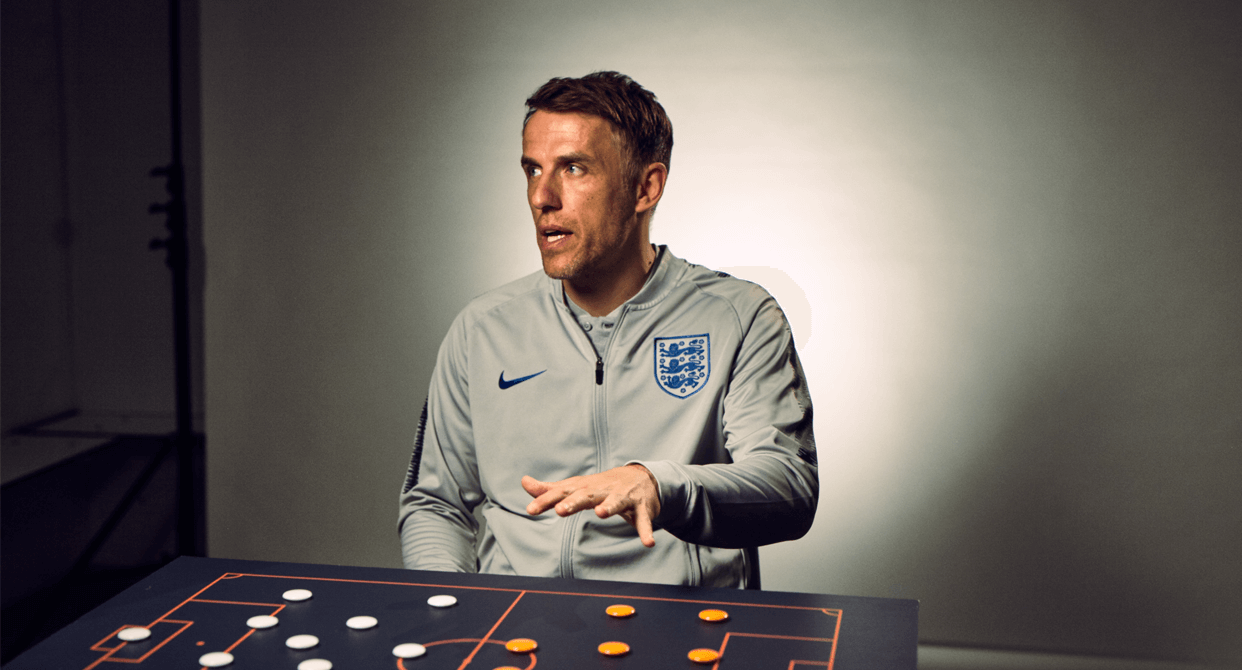 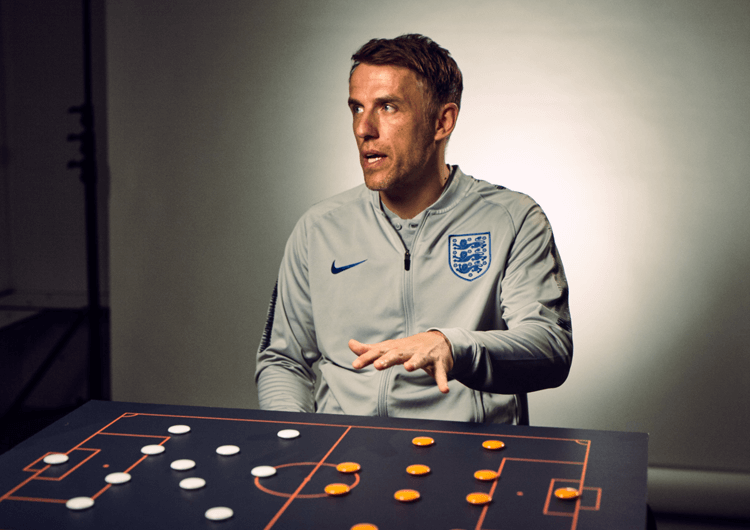 Two months after his appointment as England Women’s head coach, in January 2018, Phil Neville led the Lionesses into his first tournament. It was there, at the 2018 SheBelieves Cup, where they encountered France, USA, and Germany.

The first of those fixtures Neville oversaw, with France – against whom England had recorded only one win in 44 years – concluded with a 4-1 victory. Toni Duggan, Jill Scott, Jodie Taylor and Fran Kirby scored to ensure his reign as manager made the most promising of starts.

Fifteen months later the former Manchester United and Everton defender and midfielder led the Lionessess into the 2019 World Cup, which represented his first major tournament as manager. Speaking exclusively to The Coaches’ Voice, Neville discusses the approach that inspired that victory against France, and how he has since adapted their style of play in an attempt to inspire further success.