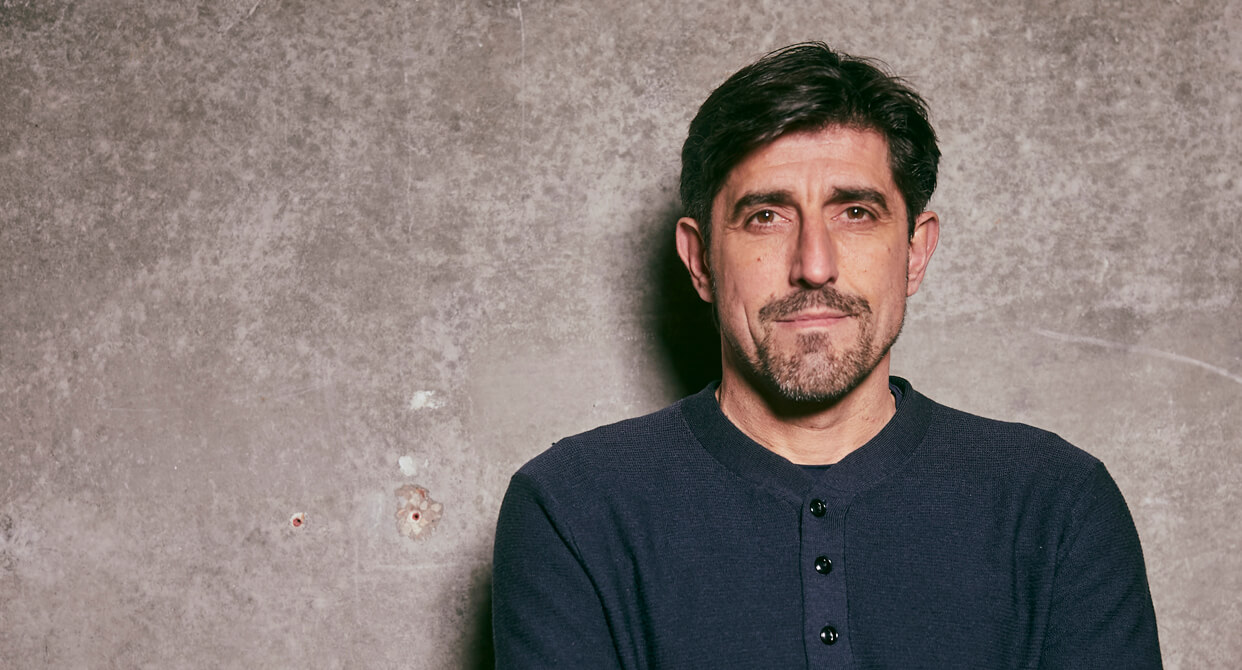 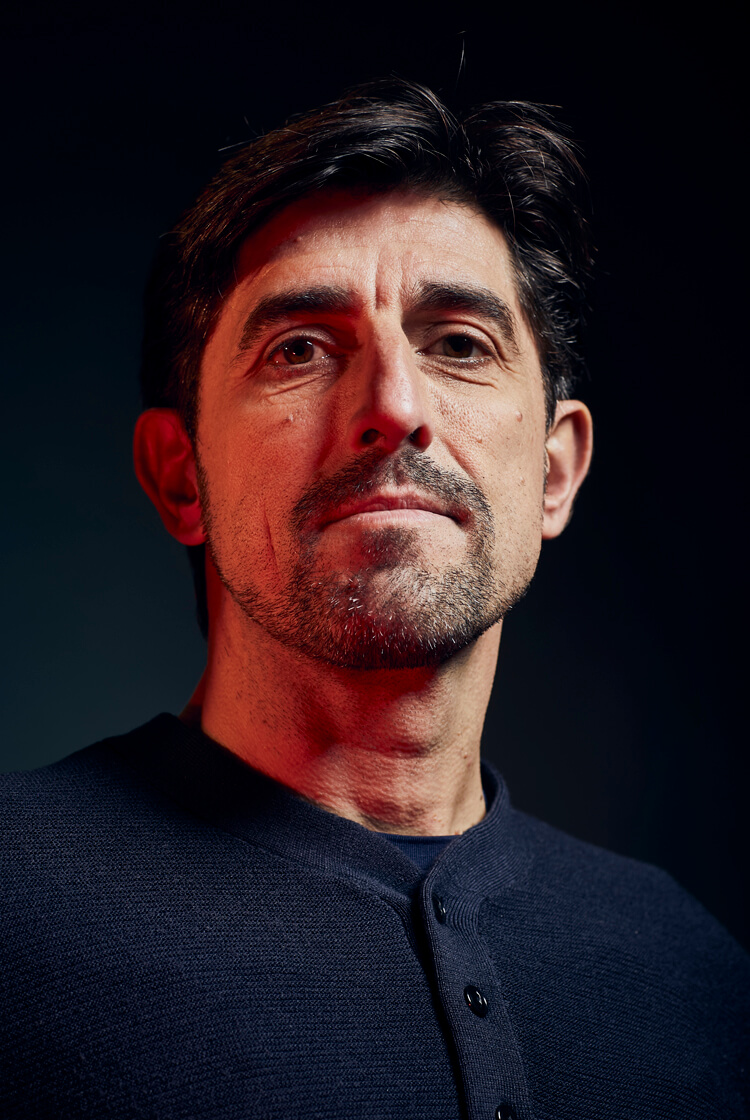 I wanted to experience everything.

Really – I wanted to see all the good and all the bad there was in coaching. I wanted to learn from every problem there was that a coach could have.

I wanted that challenge.

After winning the Under-20 World Cup with Serbia in 2015, I wanted to move into club football.

I wanted to learn about the structures of a club, about how to connect the different parts and get the most out of all of them. I wanted to stay at a club long-term, and stamp my mark on it.

I wanted to leave a legacy behind.

When the opportunity came along to go to Chicago Fire, I had no idea I would be with them for four years. All I knew was that it was the perfect chance to test myself, to learn, to improve and to immerse myself in club football.

During my time as a player in Major League Soccer with Philadelphia Union (above), I met a lot of important people. One of those people was Chicago Fire’s then president, Nelson Rodriguez – and it was through him that I ended up meeting the club’s owner, Andrew Hauptman. He gave me the chance to manage the team, and also the support and resources a manager needs. I will always be grateful to both of them for giving me an amazing opportunity and a learning experience I still value today.

It had been a tough few years for Chicago Fire. They were traditionally a successful team – always in the playoffs – but in the six seasons before I went there in November 2015, they had made the playoffs only once.

Following my first season there, things started to come together. Everyone at the club was pulling in the same direction, and we worked together to make some very good signings.

Up front we brought in Nemanja Nikolic, a Hungarian-Serb with experience in the Europa League and a fantastic record in front of goal. We loaned in Juninho, who had won titles with LA Galaxy, and made him our captain. We signed USA international Dax McCarty from New York Red Bulls, which took everyone by surprise and was a real coup for us.

But then there was one more signing – and he stood out from the rest.

He was not only the right type of player for us, given the football we wanted to play; he was also the right personality.

And it was a statement signing. Bastian (above) put Chicago Fire on the map.

People got excited about us, and with good reason. We had a great season, with some really memorable results, and played really good football.

“I took my time to move on. That meant reflection. Reflecting on past experiences and putting a new plan together”

We wanted our passing sequences to be thoughtful and purposeful. We wanted to get the ball to the final third and score lots of goals.

It was important for us to have control of the ball whenever we could, and Bastian allowed us to do that a lot of the time. He played some of his best football for us and made a huge difference.

Of course, it wasn’t always possible to dominate. There were plenty of times we played against better teams that we had to let have the ball.

Whatever the situation, though, we aimed to make the most of our possession by scoring goals.

We did just that, and finished the regular season as the third-highest scoring of the 21 teams in MLS.

We finished third in the Eastern Conference and got Chicago Fire back into the playoffs.

Unfortunately, we couldn’t take the team any further.

I’m very self-critical. I look back on my four years in Chicago and think I did my best and achieved a lot – but I wish we had been able to win titles there. That had been my aim.

“I didn’t know where I was going to end up. But I was ready for anything”

However, I don’t think I could have done anything differently, because I needed the lessons I got there to become the coach I am now. I do things differently now as a result, and with hindsight there are things I would have changed – but I would never have realised that at the time. They were lessons I would pay for today if I could.

My experiences made me a far better coach and, more importantly, a better person today.

Everyone knows when their time is up. I think I needed one more year to complete the Chicago Fire project – but it wasn’t to be and, in 2019, I left.

I took my time to move on – and moving on meant reflection. Reflecting on past experiences and putting a new plan together.

I read Brave New World, the book about Mauricio Pochettino’s time at Tottenham, and he said one thing in particular that struck a chord with me. When he became a pro, he was told football would take him wherever football wanted to take him.

I didn’t know where I was going to end up. But I was ready for anything.

“Everything I asked of them, I was surprised at how quickly they were able to implement. They were just so capable”

Then the chance to speak to Reading came up.

My plan with the team was to play a system the players were familiar with. I wanted as many of the players as possible to feel comfortable, to be where they were at their best. From there, we could start building.

After I was given the job in late August 2020, we only had two weeks between arriving and the start of the season – so we had to work fast.

In the first week, we introduced our ideas, told the players our expectations of them as individuals and as a team. We set out a list of non-negotiables, and we also did a lot of video work.

In the second week, we wanted to evaluate our work so far and see how the players had taken on what we’d told them.

We tried to keep things simple. We went with a system they had played in the past – 4-2-3-1 – and one that my staff and I knew well enough that we could work with quickly.

We had a clear plan and we worked hard to make it easy for the players. In actual fact, it was them who made it easy for us.

“When people watch our games, they immediately ask: ‘Who is the number seven?’”

We have an amazing group of players. Back in those first two weeks, they were hungry for information. They want to learn and improve. And absolutely all of them want to win.

Everything we gave to them, they took on board. Everything I asked of them, I was surprised at how quickly they were able to implement. They were just so capable.

Things came together. They had to, because we’d had so little time before the start of the season, but the players deserve huge credit for that.

We started to believe in ourselves, and the players were enjoying playing together.

That belief propelled us forwards and into a great run to start the season. We won seven and drew one of our first eight games.

We knew it couldn’t go on forever, and eventually we lost a game – to Coventry – and we had a tough time in the next few games, losing a few in a row. But we retained confidence in what we were doing, and we bounced back quickly. That’s what a positive feeling can do for you.

We have some really talented players, and we’ve just tried to get the most out of them.

There is no doubt about Lucas João’s potential. That was obvious to us from day one.

We spoke to him regularly from early on. We got to know him and talked about a plan for how we could get him into positions where he can use his strengths to score goals and create.

It’s the same with Michael Olise (below). His talent is obvious. When people watch our games, they immediately ask: “Who is the number seven?”

He has the spirit and mentality to reach his potential, but while nobody should put the brakes on his progress – which is remarkable already – we also don’t want to rush him.

We don’t want him to get frustrated if things don’t continue as they have done so far. The most important thing for him is to focus on the very next game, his next action. He has time on his side.

Communication with everyone has been key. We spoke to everyone. We wanted to give them clarity: clarity about what we wanted from them, and where we wanted them to focus on improving.

We also reassess these objectives frequently, and adjust them where we need to, because things don’t always go to plan. Nobody can guarantee that they will.

But what I can guarantee to the players is that I will give them the best environment possible to develop and learn. Anyone who gives their best, who never gives up, who plays until the final whistle, who wants to learn and improve in every single session, every meeting, every video analysis session, every match – I will do my best to help them.

Everyone has to be on the same page and has to work together. They also have to understand that sacrifices are going to have to be made.

I can only promise that I will give my best – and we will see what that ‘best’ turns out to be.