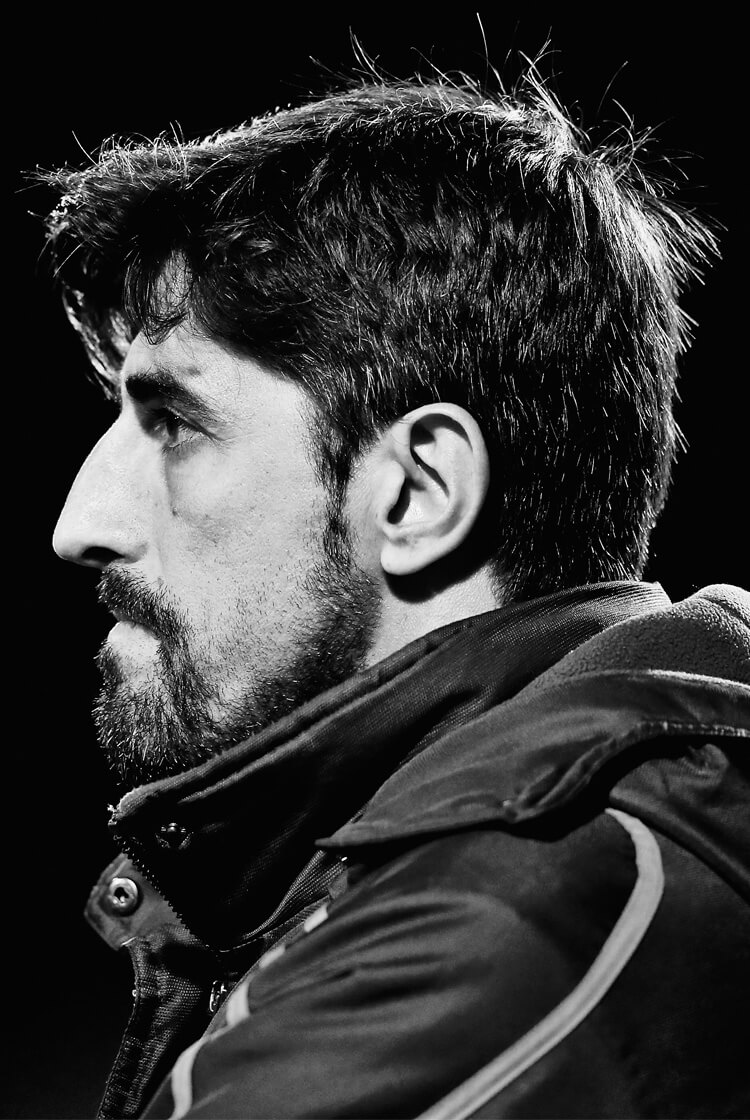 Sometimes I had to walk for four hours to get to training, because there wasn’t any petrol for the buses to take you.

But not even that was hard for me. Going without food and going to train; not eating until after school. For me, it was normal. I didn’t even realise what was happening.

Looking back, with the benefit of hindsight, you can tell the war in Yugoslavia had a huge impact on the direction a lot of people took.

But being young, you always view the future positively. Football was, without me even being conscious of it, my escape route. My refuge. A subconscious bubble for me to go into.

I never saw my father play. When I was born, he was 30 and his career was coming to an end. But if you mention his name in my country, everybody knows who you are talking about – Blagoje Paunovic. Partizan Belgrade. Yugoslavia.

We always talked about football together. We talked about it at breakfast, at lunch, at dinner. My brothers and my sister also liked football, but I was the one who inherited his talent and love for the sport more than the others.

When I was very little we lived a long way from the Partizan stadium, but we would spend the whole journey in the car talking about football. There were the usual questions about school and other stuff, of course, but most of the time it was football. The teams he played in or managed; the matches we watched together on TV; his experiences as a player.

“My father demanded one thing – run, and eat, like a horse”

He talked a lot about playing in the final of the European Championship in 1968, when Yugoslavia lost to Italy. He told me that when he came back from Rome after the tournament, there were 10,000 people waiting to welcome him home, shouting his name. He and his teammates were proud of what they had done, of coming so close to winning gold. He said he hoped that, one day, I could feel that.

My father was a defender. He played as a sweeper, read the game well from the back, and passed with great precision into midfield. I was more of an attacking player; more creative. I liked to join up the attack; overtake players. He didn’t talk much about my position, though. He only demanded one thing from me.

When I was 17, my father told me he was going to get me out of Yugoslavia. He was the one who took that decision. He contacted the right people and took the right steps, and eventually I signed for Atlético Madrid (above).

The people at the club, led by Miguel Angel Gil Marín and Radomir Antic, gave my family and I the opportunity to change our outlook. Football had been a decision before I moved to Spain, but it also now became a blessing. I simply followed that blessing, and am a better person and professional because of it. My family’s future is secured thanks to my father’s vision; the decision he took back then. If he hadn’t done what he did, I’m sure I would have had to stay in Belgrade and fight to survive the situation there.

You have to understand that we never changed our national team; our flag. It was always Yugoslavia, and when Yugoslavia disintegrated it was Serbia and Montenegro, and now Serbia. My father always spoke to me of Yugoslavia. He died feeling Yugoslavian, but he was also very proud of being Serbian and that is now my country. I was born in Macedonia, but I am 100 per cent Serbian.

When I was given the chance to work with the national team, it was an honour.

I had always known I wanted to be a manager. I completed the first level of training when I was 29, and by the time I was 34 I had all my badges. Then, when you start, you realise if it is for you or not. In my case, it was a definite yes. I still remember when I finished my first training session as a manager. It felt impressive. I felt good.

Joining the national team set-up at under-18 level, I knew I had all the resources I needed to be a manager. I also knew I could train these boys as professionals, because they were the best the country had in that age group. They were already in the first-team squads for their respective clubs; they knew what a professional environment was, and they were in the penultimate national age group before the full senior squad.

It was like working with professionals, so that’s how we did it. It was also a long-term project that gave me time to develop ideas and my style as a manager.

As a group, we worked together for three years in the run-up to the Under-20 World Cup in 2015. It was easy to prepare the team, because they all knew everything that was needed. It was about being careful with our communication and not overdoing it, as the players were all with their clubs. The key was the work we had done over the previous three years.

The important thing was to get together in plenty of time. First in Serbia, where we went to bed in line with New Zealand time to adapt to the 12-hour time difference. Then we travelled there 12 days before the start of the World Cup, which was just enough time to adjust. One day for each hour of difference.

We prepared well, mentally as well as physically, but we started with defeat against Uruguay in a hard-fought match. But we didn’t waver. The team was very strong, and we said we would go for it in our next two matches. We selected well – players who had a thirst for victory, who were prepared to die for each other and their country with a common goal of achieving something that had never been achieved before.

As we progressed through the tournament, we played better. The harder the games, the better we were. Before the tournament, people said that we had a complicated group; that it would be difficult for us to progress. But we had some shirts made up, printed with the message: “God gives his most difficult missions to his best soldiers.”

The squad took this message to heart, and that’s what happened – the greater the opposition, the stronger my boys were. We won a lot of matches in the face of difficult circumstances. In the last 16 we beat Hungary in extra time; in the quarter finals we beat the United States on penalties; in the semis, Mali in extra time. That was not by chance. We felt we were indestructible.

“My father had passed away. At full-time I pointed to the sky”

After the semi final we were euphoric. We were in the final against Brazil, and it felt like we had nothing to lose. But I remember, when everyone went to bed at about 4am, I opened my computer, looked at my notes and said to myself: “No. We are going to win this final. We will beat Brazil.”

That is what we had come for, and I was sure we would win. Before the tournament, I had asked for everything to be recorded, for a cameraman to follow us throughout. Even in the build-up to the final. We didn’t include the technical bits, but the motivational stuff is all in there. In it, you can see me tell the players that we were born for this moment.

We scored the winning goal three minutes from the end of extra time. The whole bench was in a state of euphoria, but I told everyone to stay calm. There were still three minutes left. We could still score a third goal.

At the final whistle I pointed to the sky. My father had hoped that, one day, I could feel what he had felt all those years ago. It is a shame he couldn’t live to see it – he had passed away in December, six months before – but of course I thought of him. My whole life has been about football, and that is thanks to him.

Back in Belgrade, in the main square where big events are celebrated, we were welcomed home by more than 50,000 people. Those kids? Things are changing, and if not now, I do believe that this generation will have an important role in future tournaments.

Sooner or later, I am sure Serbia will win a tournament. It’s our turn.