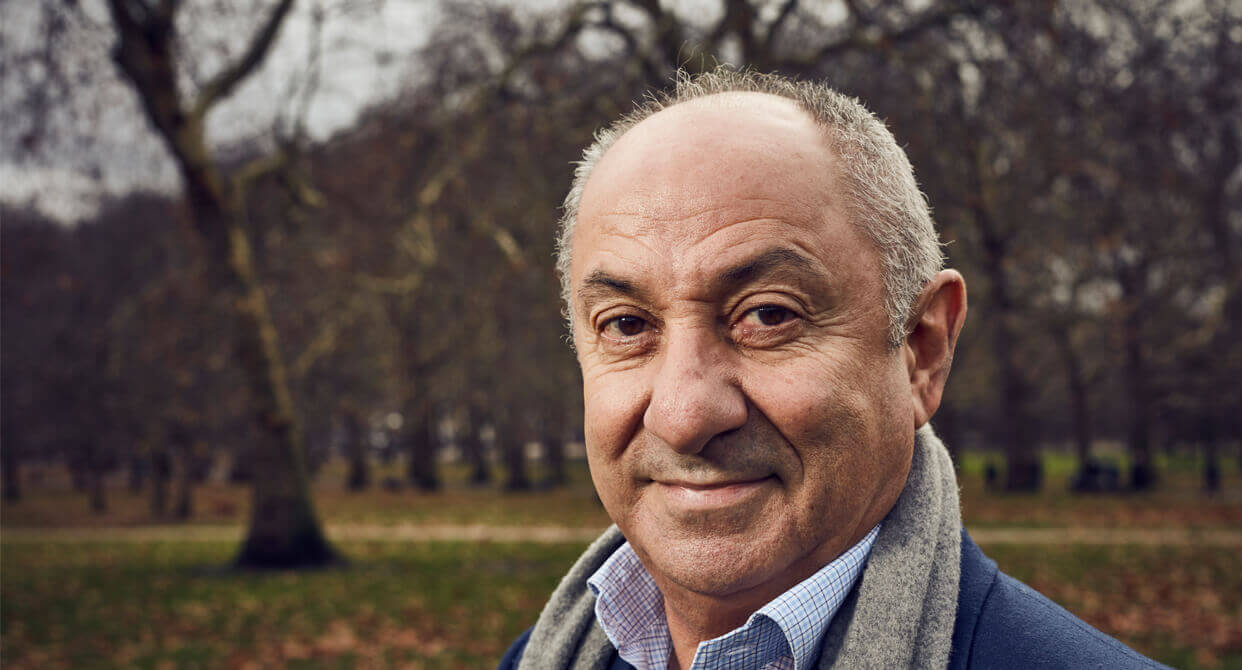 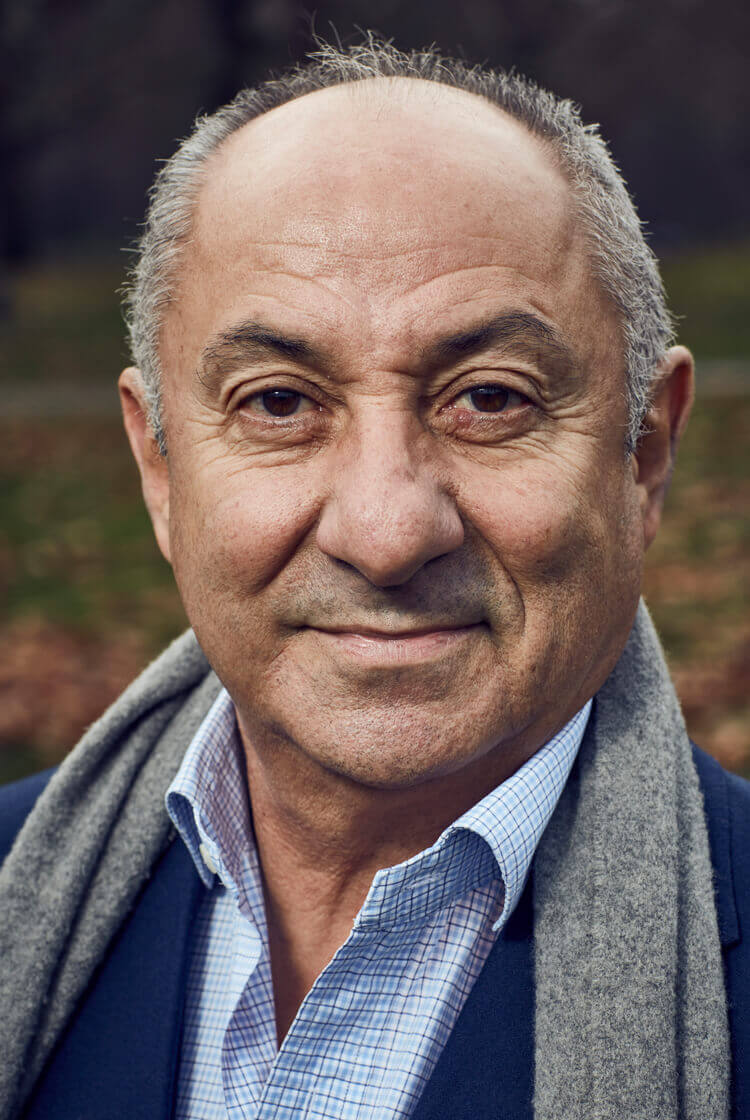 It was practically a different sport.

It was something called football, but not the game we knew.

I had thought about Europe, and in this order: Spain, Italy France. England didn’t even cross my mind. There wasn’t a single foreign player there.

It changed just after the 1978 World Cup, when Tottenham head coach Keith Burkinshaw (below, centre) spoke to the president of Huracán, the club in Buenos Aires where I was playing.

“Look, there’s an Englishman who wants to talk to you!”

There was no internet then, and it wasn’t so easy to find out about the news. Not many people had a clue about English football.

But I spoke to him, I liked him and I signed immediately. Then the possibility of another player coming with me arose. So much the better: I wouldn’t feel so alone.

It took a little while to convince him, but in the end he said yes, too.

And, with that, Ricardo Villa (above, left) and I became pioneers.

At the beginning it was really hard for us because, at Tottenham, they avoided the midfield completely. It was all about the long – very long – ball. Ricky suffered a lot. I didn’t so much, because I went in search of the ball to win it for myself. That’s how I got into the game.

However, we were lucky to have Glenn Hoddle with us.

"In England, the strong players had a kind of licence to kill"

That’s when the transformation came. And the idea.

The instruction was that we had to play out from the back. Specifically, the ball had to go to Glenn and I, and from there to Ricky. But it had to go via the midfield.

In England, greater value was placed on strength – on the strong players who had a kind of licence to kill in the sense that, in the first minutes of the match, they looked to foul you. And, if they could, they would put you out of the game.

In one of my first matches for Tottenham, Tommy Smith launched into a tackle from about three metres away. He caught me and I was out for about two months.

All the headlines read: “Welcome to English football!”

Little by little, we got better.

In 1981, we began to challenge Liverpool, who were the best team at the time: Kenny Dalglish, Graeme Souness, Alan Hansen... Liverpool knew how to win games. They were more ruthless.

But in terms of the style of play, we were the team people who weren’t Tottenham fans came to watch. Why? Because what we cultivated was an amalgamation of physically strong, competitive, to-and-fro English football with the idea of treasuring the ball. No more just kicking it and seeing what happened.

The change was impressive.

What I remember best about that whole period was winning the FA Cup in 1981, with Ricky playing a major role. I was playing well, and in a way it was my cup. They brought out the song Ossie’s going to Wembley with Chas & Dave, which was vying for the top of the charts even with Elton John.

Lately, I have been singing it again. Fans always ask me to sing it.

Ricky had been kind of forgotten by the press. By everyone. And, to cap it off, in the final – which we drew 1-1 with Manchester City – he was taken off. We all played badly, but they took him off like he was to blame. In the replay, he became the leader and scored a magnificent goal.

It was absolutely fantastic. From then on, his fourth and fifth years at the club were just exceptional.

I remember that final a lot. And the build-up, too. The only time I saw more press at training sessions was prior to the World Cup final.

You ask any of the players at the time, any of my teammates, any English player, what they would prefer to win: the league or the cup. Without exception, they will say the cup.

It was very special because it was at Wembley. The Royal Family present you with your medal, it is the oldest national competition, and that year was the centenary final.

The following year, the Falklands War happened. I remember that, here in England, almost nobody knew where the islands were.

It was awful for me, because basically the country where I was born, which I love and adore, was at war with the country that had adopted me, and that I loved too.

Being in the midst of that was very hard for me, with the press and everything, and I decided to go on loan to PSG.

After I came back, I thought I would carry on in Tottenham, then leave for Argentina and end my career there.

In the end, it was hard for me to leave football. I had bad injuries and I got caught easily. Even so, I wanted to carry on playing.

Swindon, who were in the Second Division, came looking for me. They said: “Ossie, be player-coach.” It was a natural transition, and I accepted.

As coach, I played myself in the first two games – but I didn’t play any more after that. And it went well. We won the playoffs to go up.

From there, I went on to Newcastle and then to West Brom. They had been in the Second Division too, and I took them up.

Things didn’t go so well for me in Newcastle. But because of what I’d done with West Brom, and because of my name, I went to Tottenham.

"Tottenham was my trial by fire as a manager"

The idea was exactly the same. We needed to carry on the transformation that we had started in 1978 – and we did.

At the time, what you would learn from the FA was a very old approach that I would call from the age of the dinosaurs, because it was about to get extinguished: all about the long ball.

I passed the exam to be a manager, but I argued with the instructor. What we had to do was basically repeat what he said, and I disagreed.

One of the things I had to do was a practical. The guys I was with loved it. Chris Hughton was with me there, for example. They thought I was great because my vision was different, but the instructor stopped the practice: “Not like that!” And that was it.

We exchanged hard words. They had to call the big boss.

When you do the exam, they give you marks. For example, personal ability: top marks, 10 points. For everything personal: 10. But for coaching: moderate. I barely got an “okay”.

I was the first overseas manager in the Premier League. From then on, a lot more foreign coaches started arriving. If you look nowadays, basically all the top managers are from abroad.

At Tottenham, we had a very good team. But the ‘Famous Five’ attackers who people talked about at the time – Teddy Sheringham, Jurgen Klinsmann (below), Darren Anderton, Nicky Barmby and Ilie Dumitrescu – were not as it was said. It was really just a newspaper conjuring up stories.

As a footballer, I was never all about attack without bothering with defence. As a coach, when it was called for, I was really defensive. But my ideas were exactly the same: to play with the ball, continuously. To have players who could do just that.

This is exactly what Barcelona did many years later. Was Xavi a defender? Was Andres Iniesta a defender?

"To have a good team you must have harmony within the club, with the chairman, the players, the fans"

Tottenham was my trial by fire as a manager. And, of course, after playing so many years there for me it was like coming home. Sadly, there was an incredibly toxic atmosphere when I got there. And it went bad.

I never gave up on my ideas. A lot of people told me to take one attacker off and put in a defender. But playing with five was not really how it was.

Klinsmann: yes, he was a forward. Sheringham was never a pure striker – he was always a little deeper. Barmby, the same. Anderton: a right midfielder, just like he played for England.

As I said, things didn’t work out. Like with anything, there is a very fine line between victory and defeat.

I’ve always thought that, to have a good team, you must have harmony within the club, with the chairman, the players, the fans.

Liverpool were so successful for so long because it was always practically the same in terms of the relationship the players had with the fans or the people at the top. They almost got tired of winning titles. The same at Manchester United, with Sir Alex Ferguson.

So, the biggest disappointment in my career as a manager was Tottenham. And the best? Swindon and West Brom were fantastic, but I’d have to say my time in Japan.

Again, my role was that of pioneer. Until recently, I was the only manager to have won the three titles: the Emperor Cup, the J. League Cup and the Japanese league title.

The only one. Me. A foreigner.

Shimizu was a team that had been mid-to-low table, and I took them through to the very top, also getting five or six players into the national squad. It was probably the highlight of my career as a manager.

"That style that I called dinosaur – nobody plays it any more, because it can’t compete"

My idea was always to go back to English football. I had seen it with Arsene Wenger, who went to Arsenal. So I resigned – and it turned out to be a disaster.

Everyone came on to the pitch and I did a lap of honour of the stadium, shaking hands with each of the supporters. People were crying, too. Everything was really emotional.

But in England there was no interest.

Now, football here has changed totally. That style that I called dinosaur – nobody plays it any more. It can’t compete with this other new type of football which, for sure, is made most famous by the extraordinary Barcelona of Xavi, Lionel Messi and others.

It makes me very proud that I did it in my day. Now it’s much easier, because nobody touches you. You can play.

The creators in those days... not so much.

Now, as an ambassador for Tottenham, I do everything I can to improve the image of the club.

In particular, I’m very close to Mauricio Pochettino. We see each other almost once a week. I try to help him any way I can.

I am very happy with my current role, but I have been a manager in eight countries and I would love to manage again. If the chance came, I’d take it.

Where? I’d have to see. Here in England, maybe, or Argentina, where there are probably more opportunities.

To a manager who is starting out now, I would say: “Be very firm in your principles and stick to them resolutely.”

Players know absolutely everything. They sense immediately when you are wavering, and when you lose the players it’s goodbye.

So say: “I want to play this way.” And stick to your guns.

In my case, that meant treasuring the ball. And always through midfield.