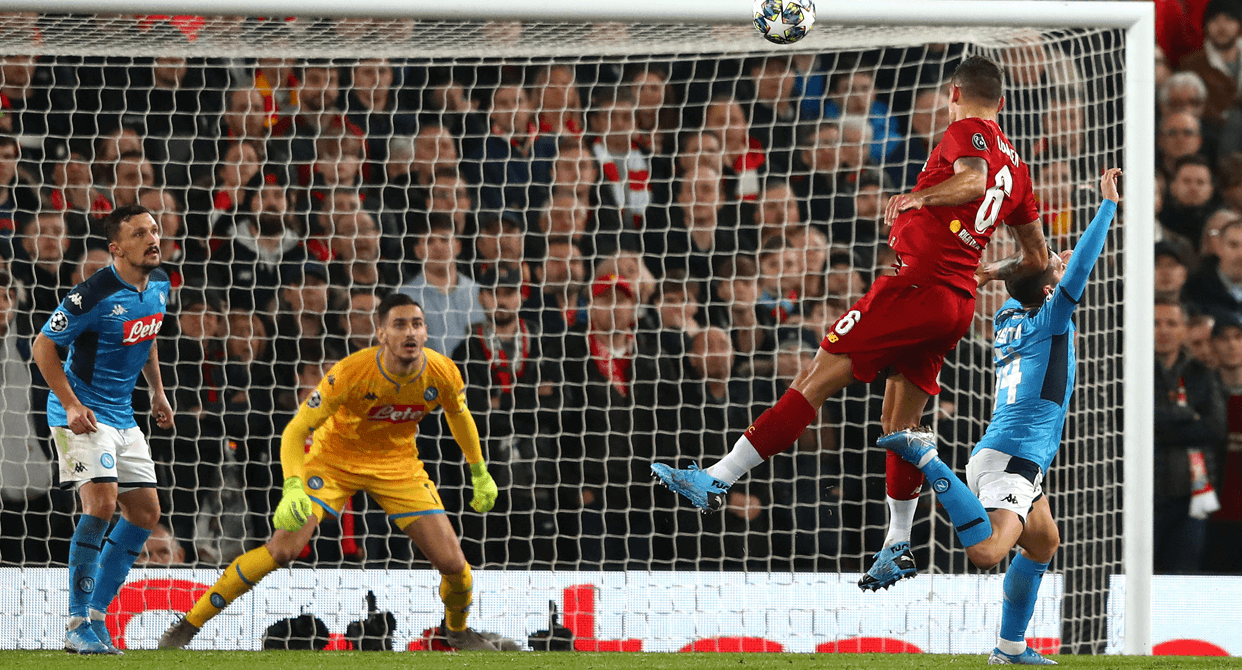 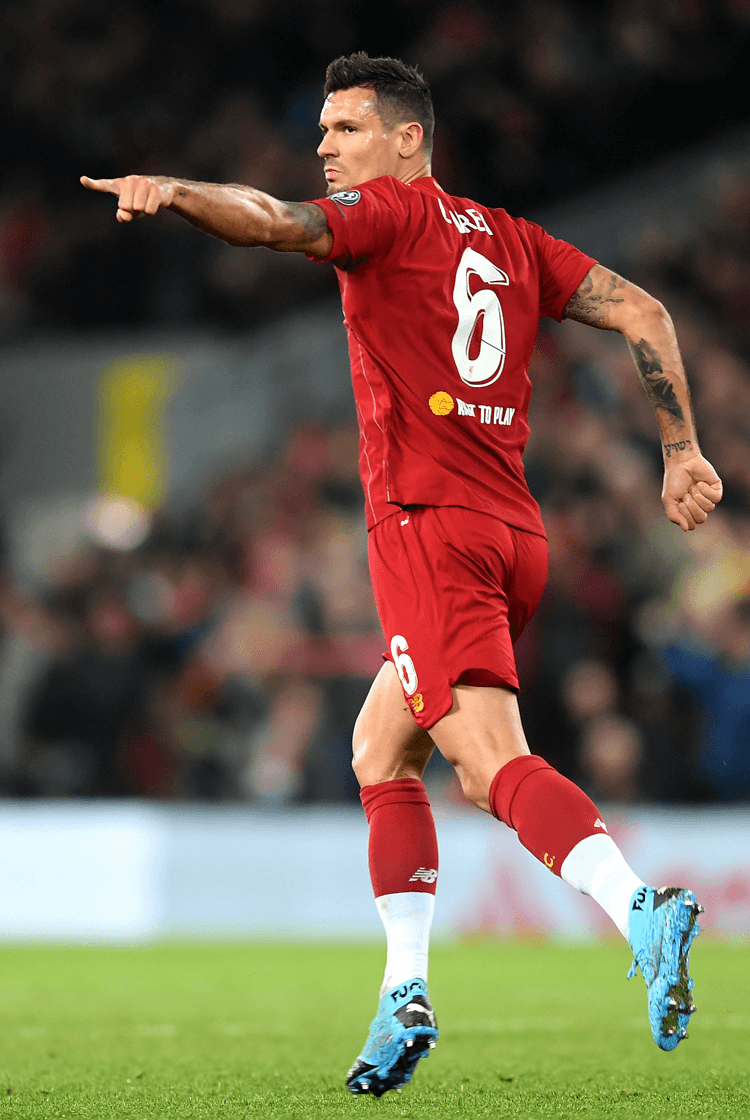 Liverpool again dropped points against Napoli, and must therefore at least draw away to Red Bull Salzburg to progress to the knockout stages of the Champions League. The reigning champions lost in Naples, and were again on course for defeat when Dries Mertens gave the visitors to Anfield the lead during the first half. Dejan Lovren's header brought them level in the 65th minute, but their struggles to create goalscoring chances will force them to again play a strong team when they travel to Austria, which could prove significant given their intense run of fixtures and attempts to succeed in multiple competitions. "I know how human beings are, people wished we could finish the group and have a holiday game against Salzburg but it never happens, it will never happen," said their manager Jürgen Klopp. "That is the situation. If we have ambitions in the Champions League we have to show it in Salzburg. Until then we have to show our ambitions in the Premier League." 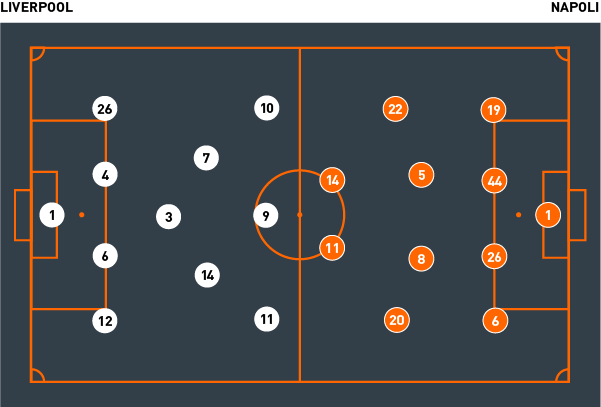 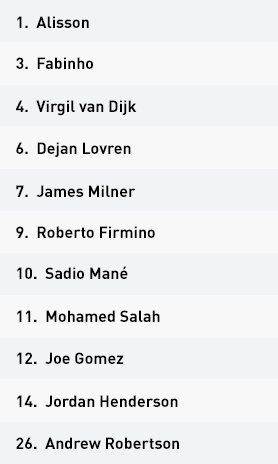 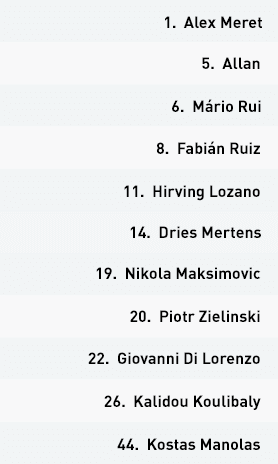 Liverpool were again organised into Jürgen Klopp's favoured 4-3-3 formation, and on this occasion started with Joe Gomez at right-back. It was on the left, where Andy Robertson combined with central midfielder James Milner – who regularly adopted a false full-back position – and Sadio Mané where their most influential performers were positioned.

Mané drifted inside, where Roberto Firmino withdrew from his role as their central striker to become the left-sided central midfielder when Milner moved wide, and to keep his distance from Napoli's imposing central defenders. Between them they drew their opposing defenders, who were instructed to aggressively man-mark, but with Mo Salah often remaining wide on the right they lacked a consistent threat in central areas.

That Liverpool largely dominated possession contributed to their visitors posing their main threat during moments of transition, when they were capable of breaking from deep territory. In response, Klopp's team adopted a more consistent mid-block and a narrower shape that largely nullified that threat.


It was when Napoli – remaining in their 4-4-2 – played with a lower block, having taken the lead, that those on Liverpool's left were increasingly important. By drawing their opposite numbers, Gomez, Jordan Henderson and Salah were encouraged to attack down the right, forcing the visitors' strikers to also defend and ensuring that they thereafter rarely needed to transition into defence.

When Alex Oxlade-Chamberlain was introduced for Gomez and Henderson was moved to right-back, their defensive shape started to resemble a 4-2-3-1. Firmino operated as their number 10, behind Salah, but it took until Dejan Lovren went unchallenged at a routine corner for them to score their equalising goal.

Carlo Ancelotti set Napoli up into a 4-4-2, from which they largely attempted to attack during moments of transition. They targeted forwards Dries Mertens and Hirving Lozano with incisive passing, particularly if they moved wide when Liverpool's full-backs advanced, but both are at their most effective when combining and rarely had opportunities to do so.

They also played with an intense and aggressive mid-block, particularly when pressing in wide areas, and often prioritised their defence and midfield remaining compact to restrict spaces between the lines. That aggression and desire to follow opponents created spaces for Liverpool, but Napoli were impressively organised after penetrations, and swiftly crowded their penalty area.

It was when the hosts' full-backs remained in more reserved positions that Mertens and Lozano combined in more central territory, by moving either side of Fabinho, the single pivot, to secure vertical passes and then continue to progress possession. Also avoiding aerial duels and using combinations off of secondary movements, Mertens capitalised on a space in Liverpool's defence – Virgil van Dijk had suffered a knock during the build-up to that passage of play – to give them the lead.

That their hosts adopted an increasingly narrow block meant that, in combination with their own deeper block, Napoli struggled to continue to create. Similarly, Mertens and Lozano were required to cover the inside channels against the hosts' attacks, reducing their attacking potential.

Goal-kicks were used to draw Andy Robertson out of position, but Liverpool's ability to press, combined with their speed and aggression around second balls, quickly made doing so ineffective. Yet if their ability to attack had been sacrificed in their attempts to deny their hosts, they ultimately succeeded. One of Europe's most prolific teams only scored following a set-piece.